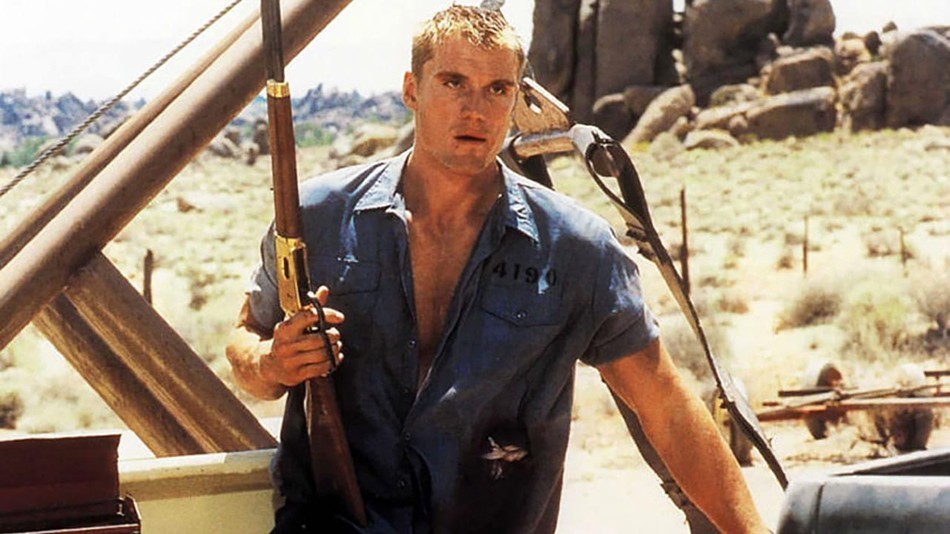 One of the high points for the Dolph-ster! 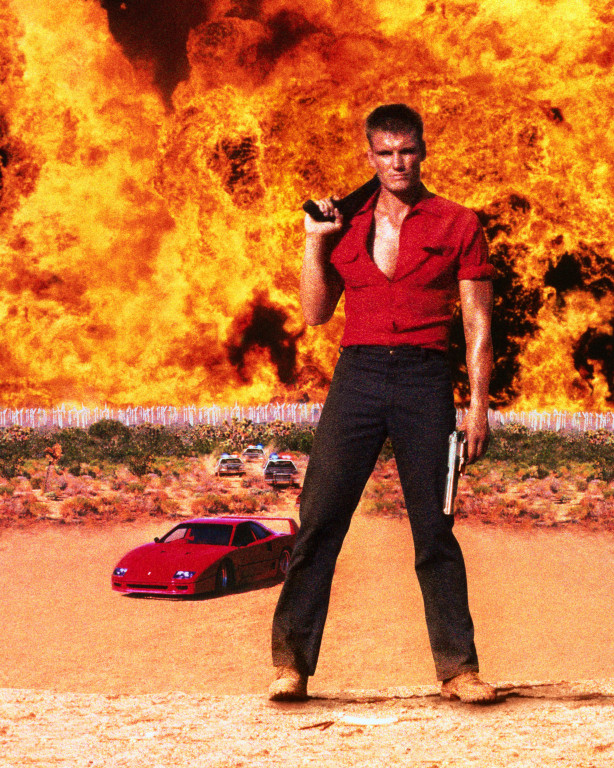 Army Of One aka Joshua Tree – or as I like to refer to it as, the movie Stallone or Schwarzenegger wish they made. Meaning, I could easily have seen this being a big blockbuster, it should have been as it epitomizes everything we love about that bygone era of action cinema.

This movie has everything going for it, not just the action as we expect – but the characters and an above average story that I had fond memories of watching it growing up. After finding the DVD and watching a couple times through, I can say it still holds up in every aspect.

Dolph Lundgren as an Ultimate Lead 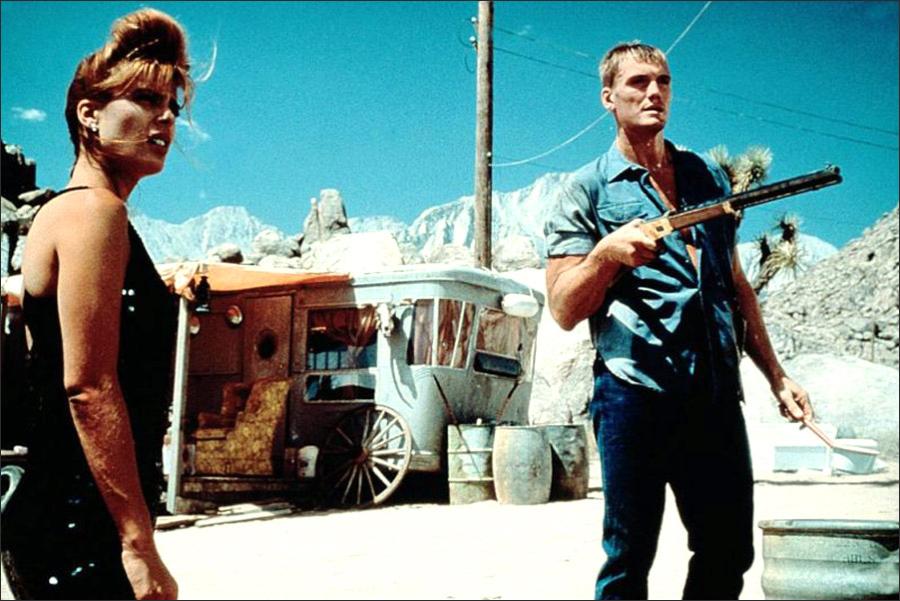 Lets start with the story – Lundgren and his friend played by Ken Foree (Dawn of the Dead) are driving a big rig truck containing cargo that we don’t find out about until the later parts of the movie. They are pulled over by a cop and we don’t see everything that goes on, but another car pulls up and Brown ends up getting killed and Lundgren getting framed for his murder.

Nine months later, Lundgren manages to escape and goes on the run in what turns the movie into an epic road trio adventure that only Dolph could lead us on. He comes across this rest stop where he first runs into Kristian Alfonso – who had just broken up with her cop boyfriend (Matt Battaglia of Universal Soldier 2 & 3) minutes before. Alfonso, I have to say wins the award for sexiest female co-star in an action movie. Anyway, Lundgren ends up kidnapping her and stealing her truck.

As the story goes, she finds out more about him and vice versa. At different points Dolph goes to his estranged fathers’ place for gas and supplies and then there was an especially emotional acting  scene where he meets up with his friend’s widow and son.

The kid wants to be like him and Dolph attempts to get it through to him that he should not think that cause he says he will be dead by Sunday. It seems like everyone is after him, while he somehow tries to prove his innocence and take down those who deserve it. Without spoiling all of the plot.

Over the Top Character Actors 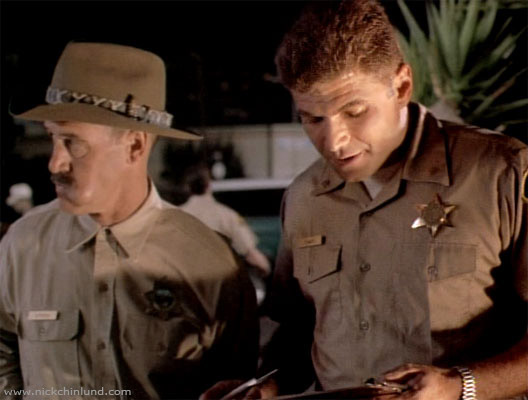 Now, of course I have to bring up the other end of things – the authorities that are after him. Led by the great colorful, over the top character actor George Segal (Look Who’s Talking/TVs The Goldbergs). His mustache steals the spotlight here. Also included in this great cast is Geoffrey Lewis (Double Impact), Beau Starr (The Perfect Weapon/Halloween 4 & 5), Bert Remsen (Code Of Silence), Michael Paul Chan (Rapid Fire) and Michelle Phillips, probably best known as the singer for the iconic pop group Mamas & The Papas.

There is plenty of action and excitement throughout. As Alfonso’s character, we find out she can handle herself as well, displaying some surprising moves, even on Dolph. Leading him to ask her, what else do you like to do in your spare time, other than kung fu?! She throws some pretty nice kicks in a couple of scenes. It always helps when the chemistry is natural and believable with the two leads and it certainly is here.

Some of the Best Action Sets Ever

We get to see Dolph do his thing of course too – piling up quite the kill count in what has to be one of my favorite shootout and action sequences ever in the warehouse scene. Blowing away the bad guys, kicking ass and setting a guy on fire, then proceeds to kick him and watch him blow up into little pieces.

Like I said previously, Sly and Arnie probably were jealous sequences they put together, especially that one. There is a particularly awesome 2 on 1 fight sequence at the end where Dolph really gets to show off what he can do with the hand to hand stuff, breaking a neck in the process.

Army of One has it all Dolph fans – shootouts, car chases in expensive foreign cars, sex scenes, explosions and just Lundgren’s signature badassery and swagger that puts the stamp on a truly memorable 90s actioner.

Army Of One is hands down one of my absolute favorite Lundgren flicks, only behind Showdown In Little Tokyo. I love these movies and do my damndest to do them justice with these reviews. I hope it pleases fellow fans of the particular movie as well as pulling in others who may not have seen it yet.