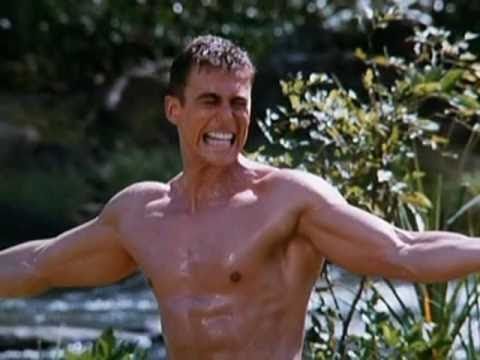 DTV fight tournament fans will get a kick of the third edition of the Bloodsport franchise!

UAMC readers, it is time to dive into another entry of one of the most ultimate and entertaining martial arts series of all time, Bloodsport! I had previously reviewed Bloodsport 4: The Dark Kumite and now we are onto Bloodsport III. Yes, we are going in reverse order, why not?! Just like in the kumite, there are no rules here!

Daniel Bernhardt is Back for Bloodsport 3

In Bloodsport III, Daniel Bernhardt reprises his role from the 2nd film as Alex Cardo. The series has seen him go from an art thief, to the ‘ultimate warrior’ of the kumite, to an art dealer in the far east as we see him as the 3rd entry begins. He now has a son named Jason and it explores their relationship throughout as since he is old enough now, he starts training him in martial arts. He thinks he is ready for his son to know about his past (but not ready to start a fire with just his hand! As Bernhardt does. No matches required), so the events of III are told in flashbacks.

As I mentioned, Bernhardt Is now an art dealer and with every intention to put his past behind him. Reprising his role from Bloodsport II is the legendary James Hong (The Perfect Weapon/Tango & Cash/Big Trouble In Little China) as Master Sun. Hong was his trainer and mentor, so they still have a close relationship as Bernhardt helps him at his shop. 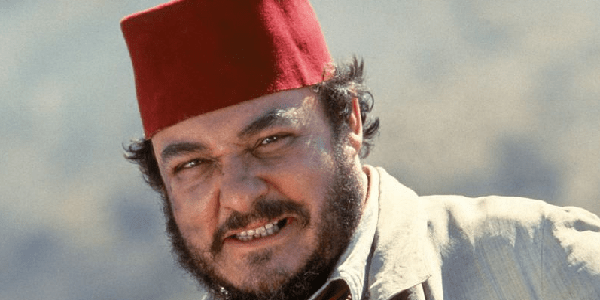 Through his art dealings, this is where Bernhardt meets the instantly recognizable John-Rhys Davies. Before I go any further, I have to acknowledge Davies and his vast resume; Raiders of the Lost Ark, The Living Daylights, Firewalker and of course The Lord of the Rings movies.

It is safe to say what a phenomenal talent he is. While he is best known for those I just mentioned, I also love him for his contributions to the DTV arena as well. Cyborg Cop with David Bradley, Body Armour with Matt McColm, Blood of the Innocent with Thomas Ian Griffith and of course what is in the spotlight today, Bloodsport III. He plays the evil bad guy perfectly with his booming voice and presence.

Anyway, he tries everything to try and get Bernhardt back in the game and fight in his new kumite. Bernhardt refuses, so out of spite, Davies has his Master Sun killed. This sets Bernhardt on a path of revenge and he ends up going off the grid to train. What would a Bloodsport movie be without epic training montages?! They are definitely here as well. This is where we see a nice cameo from  Mr. Miyagi himself, Pat Morita (The Karate Kid).

Unfortunately he is not the one that trains him, so no wax on wax off unfortunately. But he directs him to someone who can train him, enter Master He II Cho (oddly voiced by Gerald Okamura who should have been in the movie)  and his niece played by Uni Park (The Art of War). Some pretty epic training montages as I said ensue, including him learning to catch an arrow blindfolded! That’s right.

As you might be able to tell, it does take a while into the movie to get to the actual kumite event, but I will say even without it, it would still be an awesome Bernhardt action movie! Plenty of fights and kicks galore…and I mean plenty! Early fight highlights include the fight at Master Sun’s shop and fighting some ninjas at a dinner party, who make off with some diamonds. He of course tracks them down and kicks ass once again.

Bernhardt is just an absolute pleasure to watch on screen in the fight department and throws some of the best looking kicks in the genre. 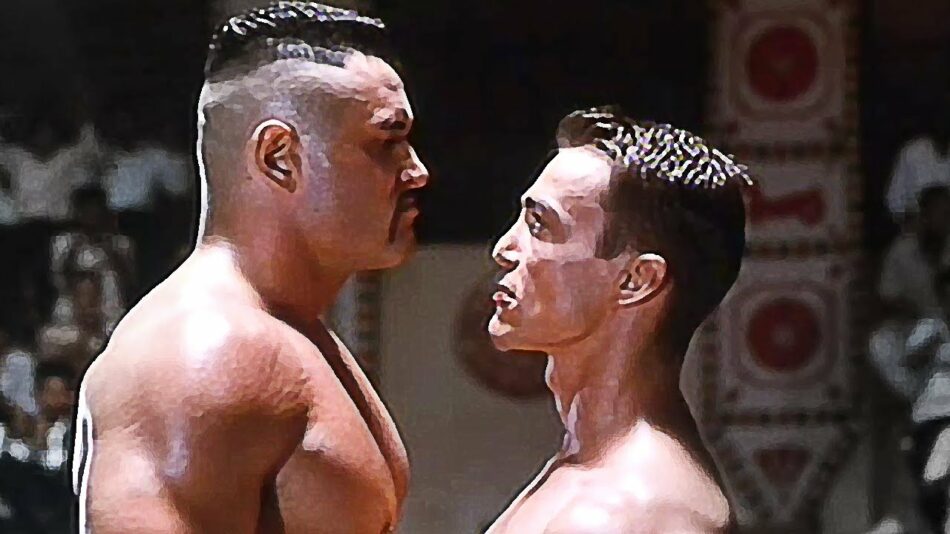 While overall I did enjoy the kumite part of the film, the main hulking antagonist named “The Beast” played by Nicolas R. Olsen (Fists of Iron/Back In Business) kind of falls short. He is not terrible, but prior Bloodsport baddies Chong Li and The Demon set the bar high.

A couple of the other fighters played by a long-haired Chad Stahelski (who went on to direct some of the biggest action movies of present day such as the John Wick franchise) as well as stunt/martial arts vets JJ Perry (Mortal Kombat Annihilation & Mortal Kombat Conquest) and Brad Martin (stunt coordinator on Statham flicks like Safe, Parker & Homefront). The best one on one fight of the entire film has got to be Bernhardt vs Stahelski.

All in all, another worthy entry of the Bloodsport franchise. One that I’ve enjoyed more with each watch and one I recommend to direct to video fight tourney enthusiasts everywhere!