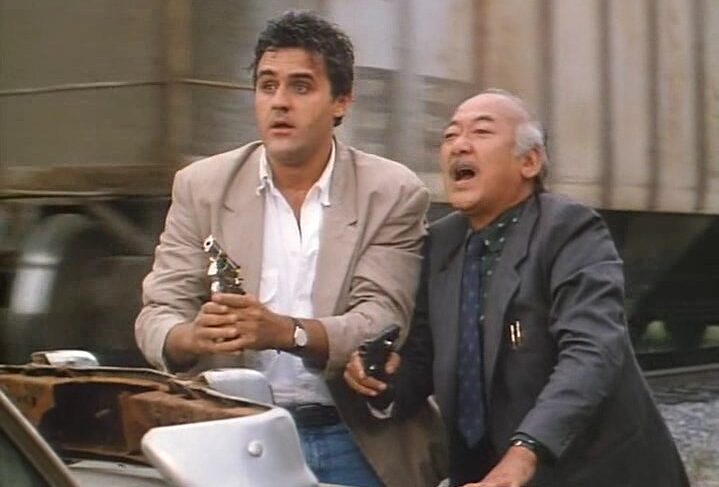 A further exploration (and ultimate video essay) into oddest buddy cop pairing of all time.

Watching Collision Course today conjures up a longing nostalgia for the bygone era of moderately budgeted action comedies. They were simply made to entertain and take your mind off of the life’s complexities for 85 to 100 minutes.

Hot off the exploitation explosion, independent movie production came to life in the late ‘70s and early 80’s as filmmaking became cheaper and untethered from the soundstage. Young upstarts working in the major studios and a few overseas entertainment tycoons set out to take advantage of this golden opportunity. They started their own studios guided by their ambition and creative vision. As quickly as they rose to challenge the Hollywood establishment, the independent and semi-independent movie studios would crash and burn in the 90’s.

Collision Course was one of the last movies released from DeLaurentiis Entertainment Group, Dino’s short-lived studio based in Wilmington, NC. DEG produced such classics as Evil Dead II, Raw Deal, the original Transformers movie, and Bill and Ted’s Excellent Adventure. While Collision Course was still in production, DEG was already heavily in debt. By the time it wrapped, the studio declared bankruptcy. Rights and properties were sold off and the fate of Collision Course hung in the balance. The years slowly went by as more studios began to fall under the weight of consecutive box office bombs, weasely executives, and the financial instability of the late 80s.

Much of DEG was sold to Carolco Pictures in 1987. Carolco produced some of the most legendary action movies of all time including Total Recall, the first three Rambo’s, Universal Soldier, Stargate, and Terminator 2: Judgment Day. They also made another Schwarzenegger film, Red Heat in 1988. A no-nonsense Russian police officer is teamed up with a brash city cop as they pursue international crooks throughout Chicago. Sound familiar? There was no way Collision Course would be released in theaters while Red Heat was covering the same territory with more bankable stars.

More time passed as Collision Course started collecting dust and Carolco achieved its greatest success with Terminator 2 in 1991. Collision Course’s ill-fated timeline gets murky as libraries and ownership changed hands in the late ‘80s and early ‘90s. At some point, HBO Video picked up the rights and distribution, so a theatrical release was out of the question. Collision Course went straight-to-video and plopped itself on video store shelves in 1992, making it one of the last 80s movies ever released. 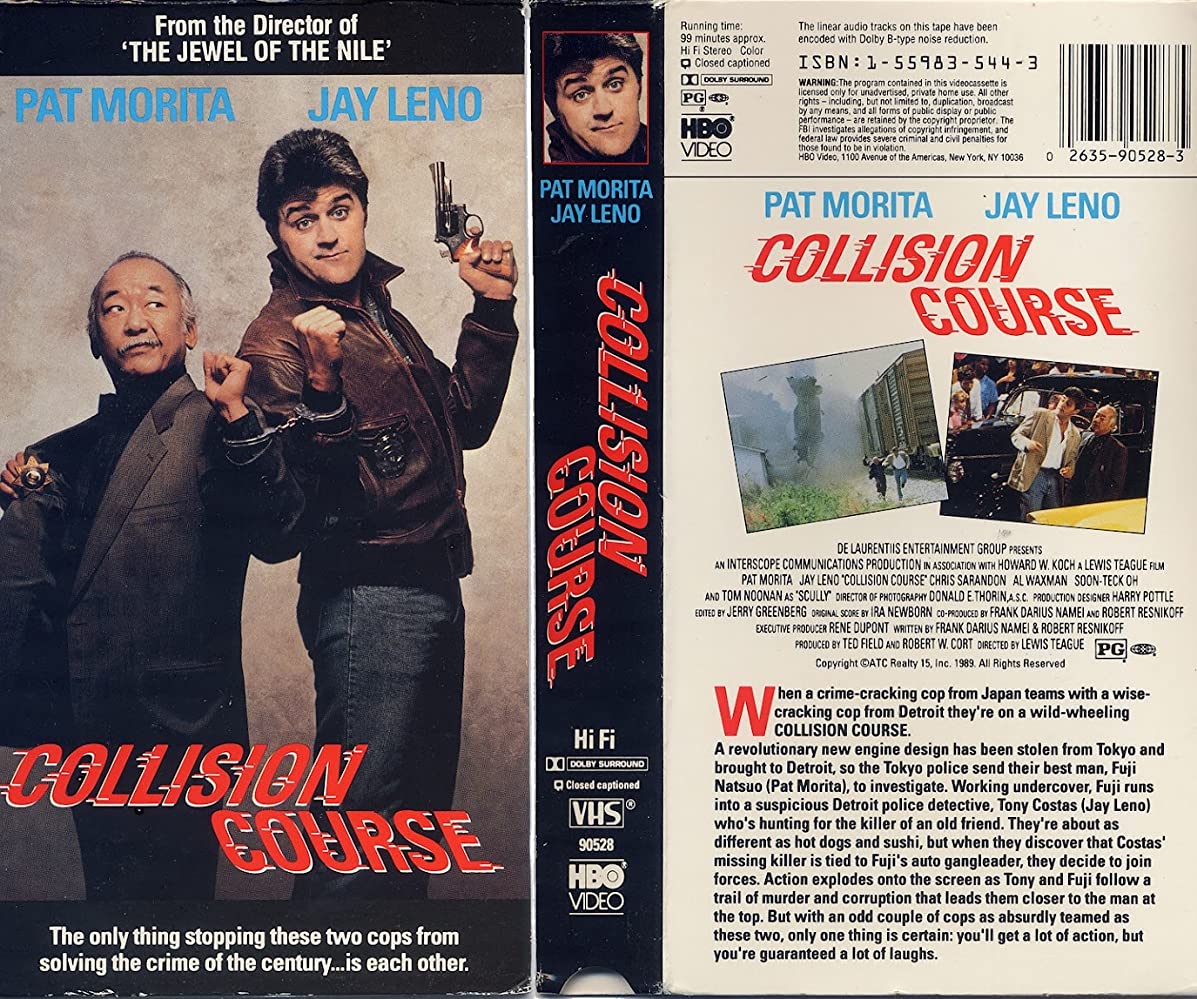 So what happened to Caroloco and its half a billion T2 windfall? Amazingly, like DEG before, the studio suffered a series of box office disappointments that created growing financial troubles and crippling debt. Cutthroat Island struck a fatal blow in 1995 and the already over-leveraged company folded that same year. The company sold its library to StudioCanal, which is still operating and gobbling up production companies today.

By the mid-90s, virtually all of the independent studios collapsed. Orion was one of the first major players to fold in 1991, even after producing such crowd-pleasers as the first Terminator, Robocop, Platoon, and Code of Silence, among many other non-action titles. Similarly, the Cannon Group began to sputter in ’88 after the lackluster performances of its most costly movies, Masters of the Universe and Superman IV. Cannon made its last movie, Hellbound, in ’94 and finally closed up shop in ’96. Subsidiary and semi-independent studios, such as United Artists, the Ladd Co., Savoy, and TriStar also fell or were reabsorbed by their parent companies by the mid- to late ‘90s.

The age of economical and highly entertaining action movies faded to black and Collision Course represents all that had gone wrong. Instead of going out with a bang, they withered and died on the bottom shelf of Hollywood history. As a final insult, they became punchlines and producing a buddy cop flick these days is cinematic poison.

The End of the Golden Era of Action

With the rise of Disney and the remaining monuments of the studio system still treading water, hardcore action fans must feed on the scraps tossed from streaming services and offloaded to video-on-demand. Occasionally Netflix throws us a bone with Extraction or a hidden Jean-Claude gem can be found in Redbox’s catalog but these offerings are fewer and farther between.

There is some hope on the horizon, however. From the rotting corpse of the formidable independent studio springs new life. Although they are not action-oriented, promising production houses and distributors like Lionsgate, A24, Neon, and Blumhouse offer alternative creative visions to the risk-averse movie barons of Tinsel Town. In this evolving environment, perhaps another Cannon or Carolco will emerge from the mediocre muck, find their audience, and start making consistently enjoyable action movies once more. While we wait, just go along for one more ride and pick up a DVD or VHS copy of Collision Course. It may not be one of a kind but it’s the last of its kind, which is why it’s worth adding to your physical media library.