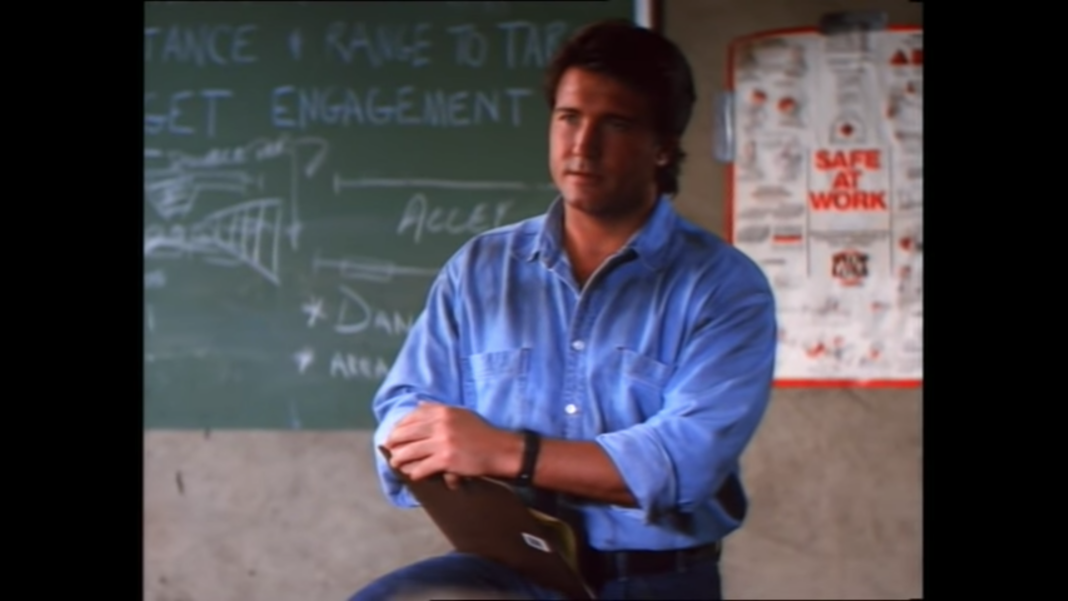 A LOOK BACK AT THE ULTIMATE ACTION CAREER AND LEGACY OF JEFF SPEAKMAN IN ‘THE EXPERT‘ (1991). 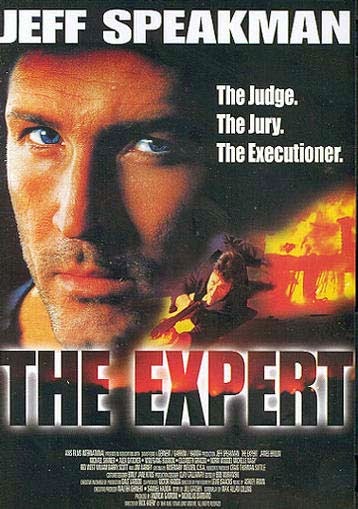 By the time The Expert was released Steven Seagal was entering the decline of his very successful box office run, but the influence of his films might have been on the minds of the producers of The Expert, and maybe they passed these suggestions on to Jeff Speakman. Possibly they were thinking of Speakman as a discount Seagal, seeing the kenpo expert through the prism of Seagal’s aikido. Perhaps they were looking through a prism that was blurred by dollar signs glimpsed at the end result that became The Expert.

When John Lomax’s (Jeff Speakman’s) sister, Jenny Lomax (Michelle Nagy) is murdered by serial killer Martin Kagan (Michael Shaner), John becomes homicidal with rage, and conceives the idea of breaking into the jail Kagan is imprisoned to avenge his sister in a way the law has failed to.

Jeff Speakman is The Expert

This sounds awesome, but as executed, the film is long on drama and short on action. And when action does happen, it’s of a vicious, gleefully savage kind, without the action-reaction motivated kenpo. I speculated in Street Knight that there were internal tensions, disagreements in the production that led to that film failing to meet the Primary and Secondary Criteria of effective action films, leading to the disappointing picture that it was. In the case of The Expert, there’s evidence that such a thing happened.

“I only did a little work on the Expert. My daughter, Jill Gatsby, wrote that movie. I just got the job for her, that’s all. I really had nothing to do with the film, so I couldn’t comment on it. I saw The Expert, but I don’t remember much. I thought it was passable. The movie was supposed to be a remake of Brute Force (1947) but it wasn’t very good. Once again, somebody fucked around with the script.” – Larry Cohen: The Stuff of Gods And Monsters, Bear Manor Media, by Michael Doyle

And that sums up the shaky undercarriage on which The Expert was built. Not even the great Larry Cohen could save this film. Like it happens often in the film industry, screenplays are retooled and recycled in ways that are not subtle, regurgitated as something that superficially resembled the original manuscript, but contains new parts that were grafted onto the original structure rather than seamlessly integrated to create a new whole. And retooled is the word. The Expert feels like a script that in its original form was a courtroom drama against capital punishment that was bludgeoned into fitting the parameters of an action film through a right-wing fantasy lens. 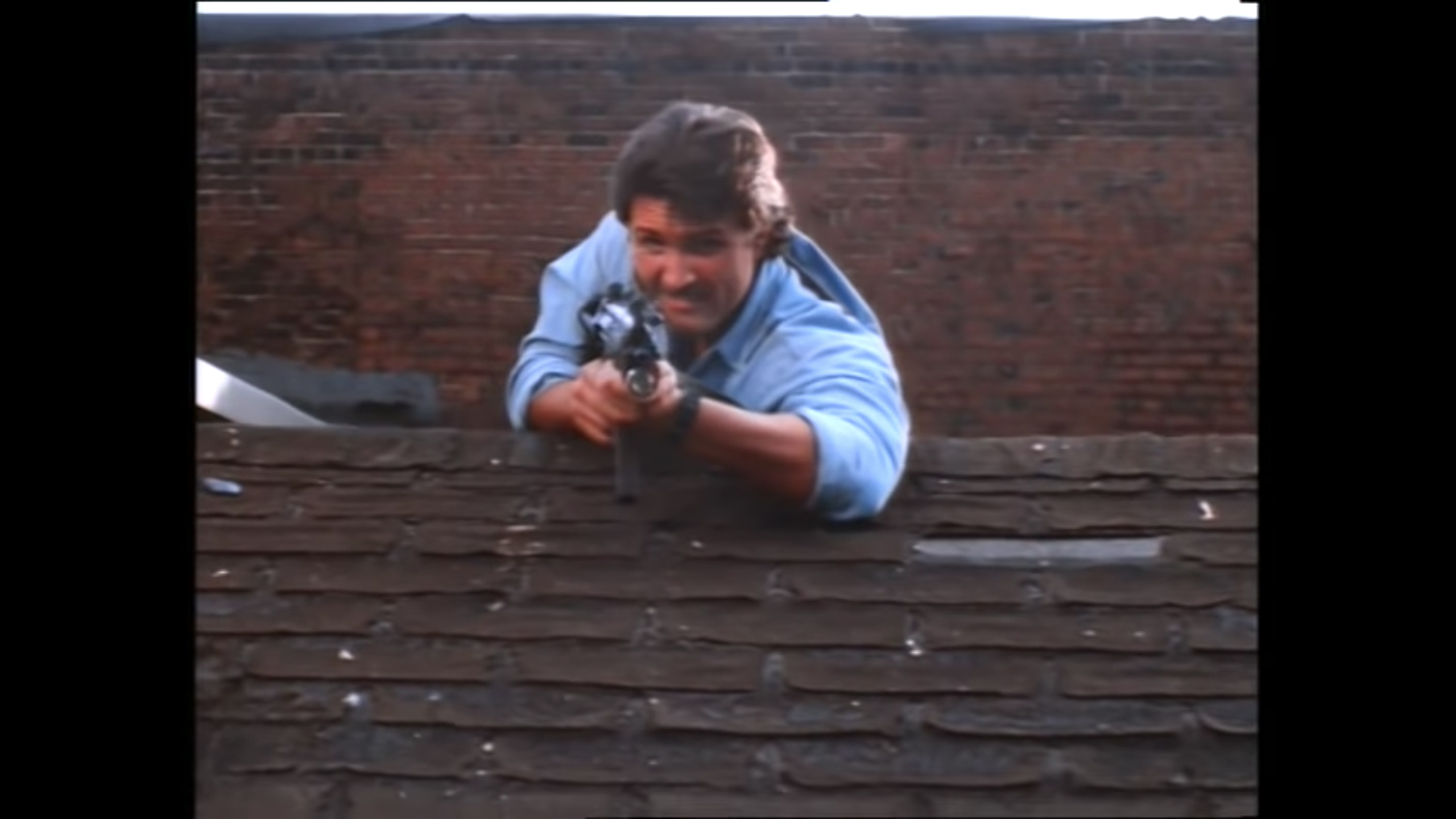 John Lomax’s credentials as an ex-special forces member are established in a training exercise that opens the movie, but are displayed to full effect in an action sequence in a court building where Lomax takes out an entire family of criminals who tried (and failed) to break out their son while he was being transferred to a state penitentiary. It’s an action scene that is both cleverly staged and sadistic in the pleasure Lomax takes in exterminating the family with a shotgun and a few strikes. (Very little motivated martial arts.) His sister’s murder has changed his views. (Or opened his eyes to the way things are, the screenplay would have us believe.) Lomax’s savagery has been made acceptable for the things he will do in the third act, and the Primary Criteria of effective action films has not only failed to be fulfilled in any satisfactory way, it has been reversed:

The answer is no. The journey takes our hero on a downward spiral of “justified” violence and brutality in a cinematic sense, and away from the ideals Speakman defends in The Perfect Weapon in a subtextual sense. The self-possession and temperament that a man with his training and background should have is simply abandoned to embrace frontier justice, thanks to a very accommodating script and the lack of a single, unifying voice.

This narrative dissonance continues through the production, where two directors are credited for this movie, one of them William Lustig, director of the exploitation “classics” Maniac (1980) and Vigilante (1983.) A superficial Internet search found me the trivia bit of Lustig walking away from the production after Speakman threatened Lustig with violence over objections to the violence Speakman’s character inflicts. Not getting into the irony of that situation, if it’s true. But it illustrates the contradictory nature of the story. The movie spends more time with Martin Kagan. We see his stalking and hunting methods when he sets his sights on Jenny as his next victim, and goes through with the murder with sadistic delight.

We learn of the fake identities he creates to avoid leaving a pattern, his knowledge of the legal system when he represents himself after being caught, culminating with Kagan’s death sentence being commuted to imprisonment at a psychiatric facility. John Lomax seethes over with rage at these news. He has been standing in the sidelines, training officers for field duty while remaining uninvolved, allowing liberals to introduce laws that fail to protect the innocent. Or those are the ideas that the script tries to push on us, insinuating it’s John’s fault Kagan escaped the electric chair, and the only way to right things is to break into the facility Kagan is being held in custody to settle matters with sharp steel. It’s here that the Secondary Criteria of effective action films is also perverted:

The answer is a dubious yes. Kagan is established as cunning, calculating, very intelligent, and gleefully evil. Kagan pushes Lomax, not to be a better person, but to completely embrace his dark side. Lomax is outclassed in every way against Kagan except in Lomax’s ability to fight, so Lomax connects with weapons supplier, Snake (Jim Varney of Ernest Goes to everything) to equip him for his break-in, which coincides with the night of Kagan’s prison breakout. And in the chaos Kagan has created to cloak his escape, Lomax runs into other inmates that he hacks with a knife he might have borrowed from Rambo, before facing down Kagan in a showdown.

The Expert is a film built on a weak framework, containing contradicting messages, placed on the shoulders of an unwilling star, and featuring the wasted talents of Wolfgang Bodison, a man possessing the charisma and talent missing in Speakman, and Josh Brolin, who has fun as the sadistic prison warden. I can’t even recommend this on the basis of good action, because it has very little action, and this action is mean-spirited and vicious rather than thrilling and reaction-motivated. Watch it at your own risk. 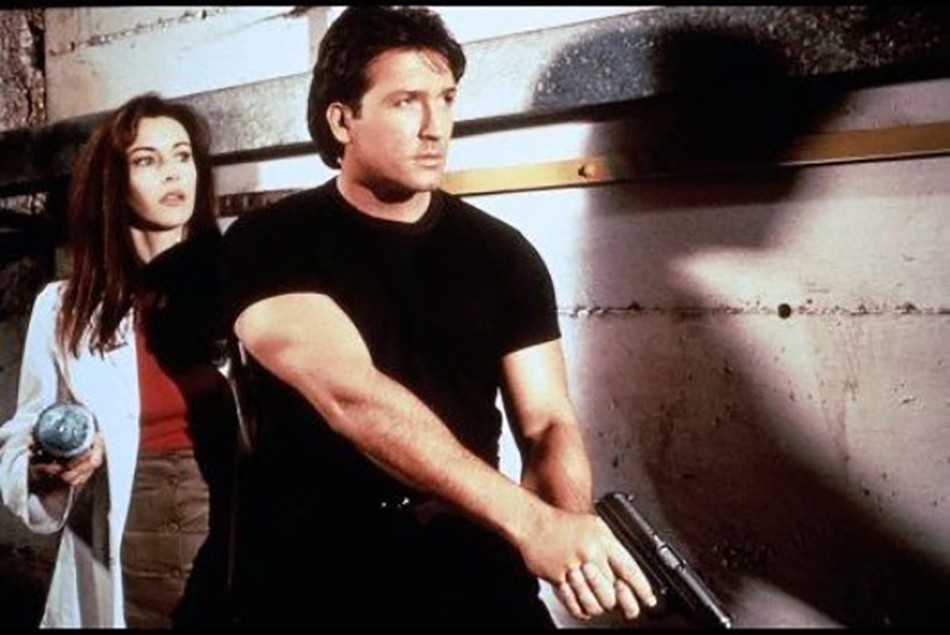