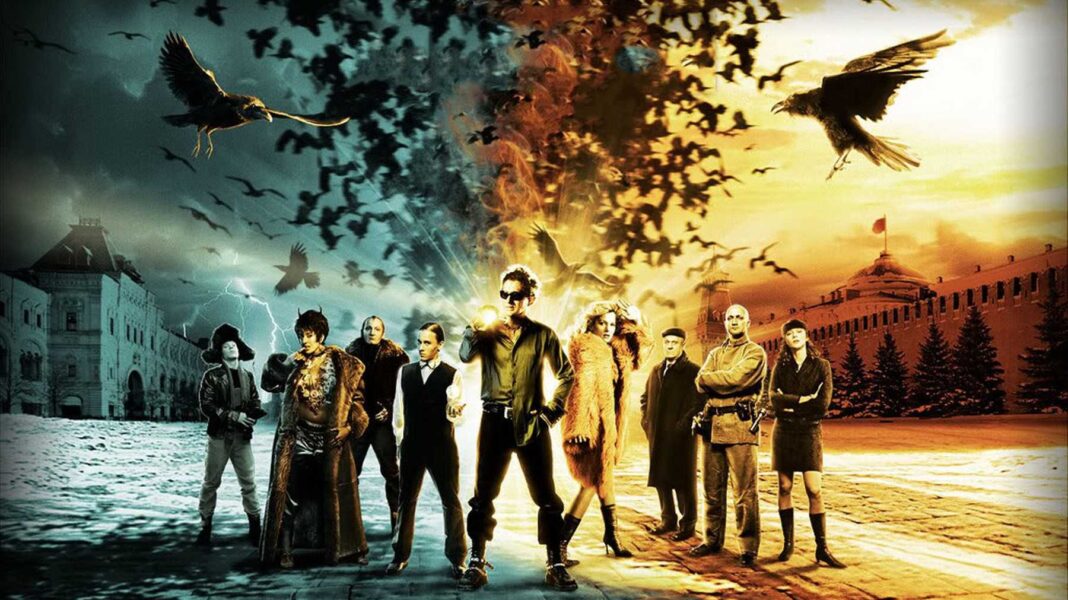 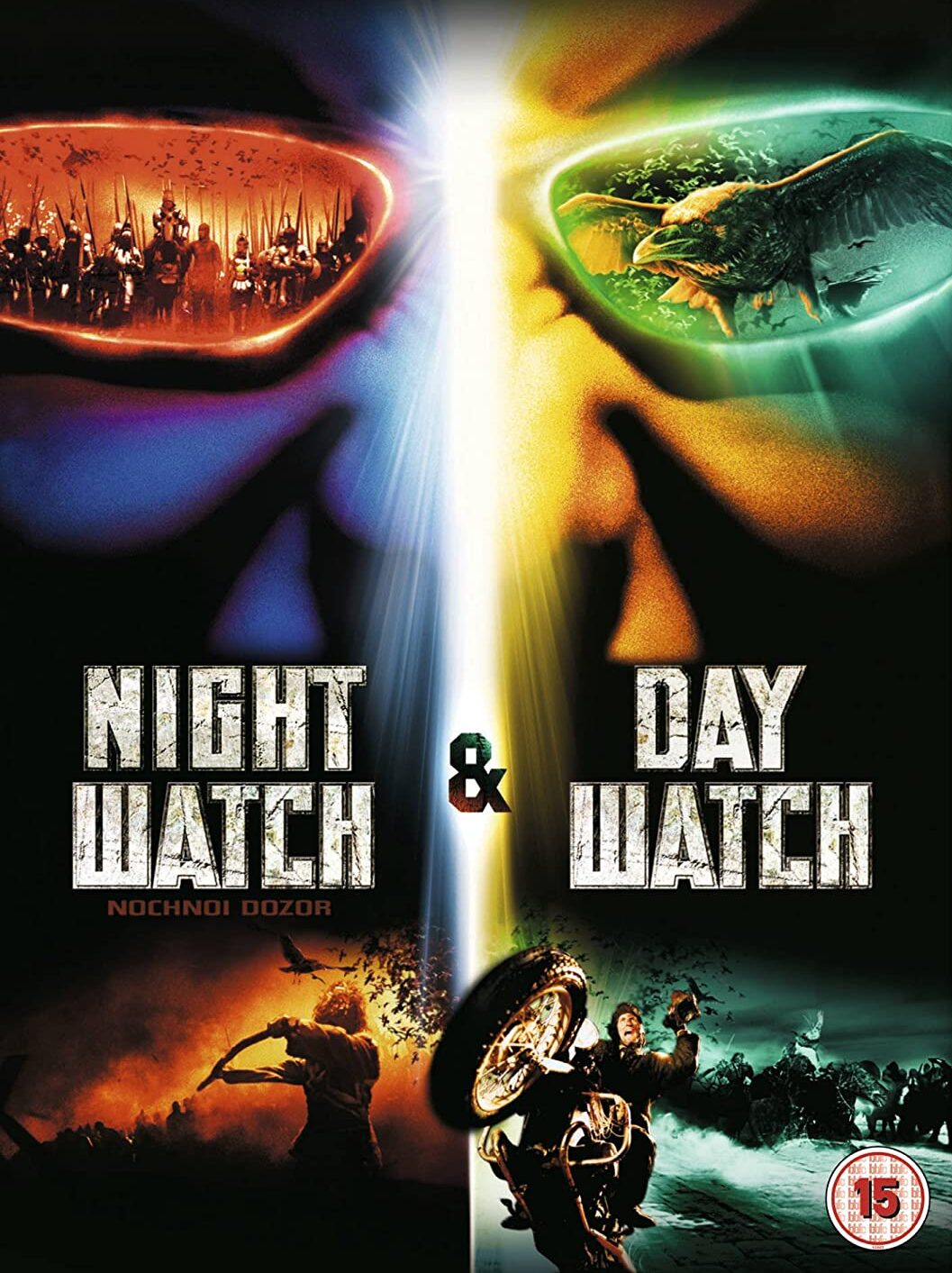 After the collapse of the Soviet Union, the Russian film industry gradually recovered, and in 2004 the modern Russian action movie was born with the release of Timur Bekmambetov’s Night Watch. Since then, several high quality genre productions have been created which also left their mark outside of Russia. We’ll probably have a look at more of them in the future, but in this article, we’ll take a dive into the crazy world of Night Watch and its successor Day Watch.

Night Watch and Day Watch are based on novels by Sergei Lukyanenko, and their premise is simple enough. The world is inhabited by beings with supernatural abilities (the Others), who live unbeknownst among humans.  Two competing factions (the Light and the Dark) are co-existing bound by a fragile truce, and have instated agents that monitor each other’s activities. Anton is a clairvoyant on the side of the Light in the Night Watch. He discovers a prophecy about a powerful Other that is yet to be found, and whose allegiance to either side may shift the balance of power forever.

The overarching story may not sound that spectacular, and gives the impression of ripping off many epic Sci-Fi and Fantasy sagas that came before. But the movie is far from being a copycat cobbled together from genre cliches. Instead we’re treated with a complex and engaging plot, interesting characters, and a fascinating setting. There’s humor, tragedy, cruelty and kindness, sometimes all at the same time.

The first ten minutes of Night Watch give us a proper impression of the things to come. Anton consults a witch to put a love spell on his ex-girlfriend. The visit does not go as planned, the apartment gets attacked by some agents of the Light (one of them being able to shape shift into a tiger) to take down the witch and her creepy spider doll. From that point on, we’re drawn into the gritty setting of winterly modern-day Moscow where sorcerers, vampires and demons lurk around every corner.

The story is told through the eyes of many different characters, Dark and Light alike, as we’re following their struggles to deal with the circumstances they’re thrown in. And the alleged Russian fatalist attitude versus the hardships and tragedies of life is quite noticeable throughout the movie. The plot is captivating, the story is told with good timing, and almost all characters are all strangely likable. A great ensemble cast is led by Russian star actor Konstantin Khabenskiy in the role of Anton, and everyone gives a sincere and believable performance.

When Night Watch became a commercial success, Bekmambetov got the opportunity to make the sequel Day Watch in 2006. The end of the first movie provided plenty of plot threads to be picked up in a sequel. The truce between the Light and the Dark is on the verge of breaking, and with things going south hard for almost everyone, Anton sets out to find the legendary Chalk of Fate, a magical artifact that allows its bearer to rewrite the past. Night Watch laid the groundwork for the setting and its characters. This permitted Day Watch to increase the action density, and resulted in some spectacular escapades.

Bekmambetov’s direction is perfect, and he structures the movies in a way that despite all the seemingly chaotic things happening, they never get messy. I think it’s not exaggerated to say that he also created a unique visual style for the film. Many sequences look like a mix of a surreal dream and an acid-trip, even the action scenes. Shot from all sorts of wacky angles and edited masterfully, it’s obvious that an incredible amount of energy and creativity went into the production.  And unlike with many Hollywood movies of the time, the CGI effects fit perfectly into the setting, and are just as gritty and crazy as everything else.

But, How Ultimate are they?

The action scenes are usually brief and intense, and there’s a lot of them. Supernatural beings going against each other in an urban environment results in plenty of mayhem, such as a car driving up a skyscraper, magically supercharged elevators going through rooftops, and the Dark’s leader Zavulon using train power cables as whips to demolish a row of parked vehicles. And the big finale of Day Watch is just all-out insanity.

Present-day genre cinema can still be great occasionally. One way to achieve this is when familiar tropes are shuffled together in a way that something completely new seems to emerge. Night Watch and Day Watch excel at this and create the ultimate action/horror/fantasy mix. Rarely we come across a movie these days that is visually striking, has tons of action, a captivating plot, and great characters. Night Watch and Day Watch have it all.