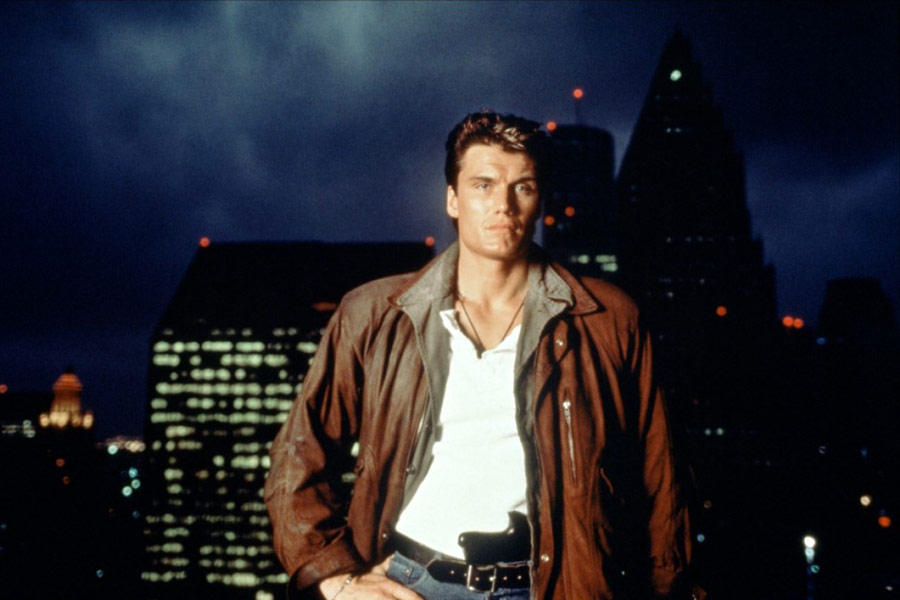 Dolph Lundgren’s ultimate Christmas gift to the world – ‘I Come in Peace’! 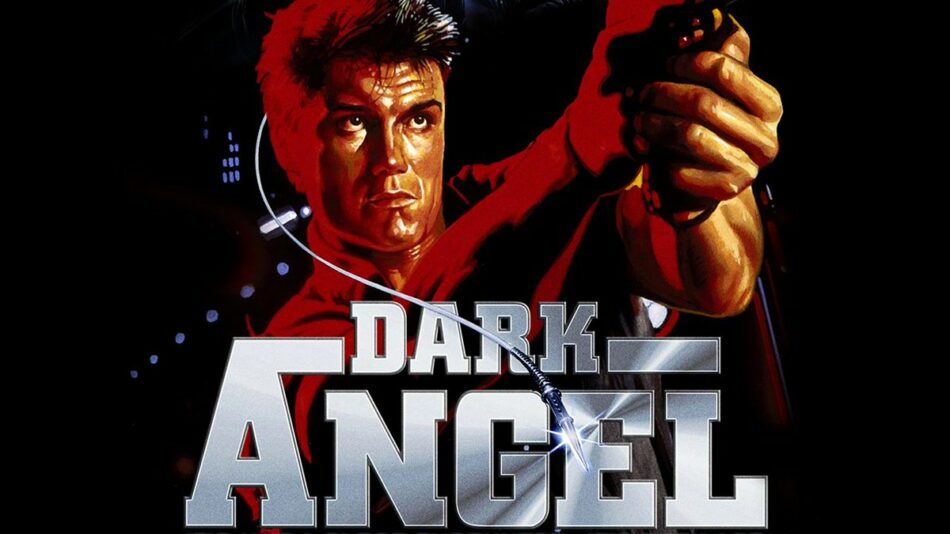 To celebrate Christmas this year, I popped in the sci-fi action classic Dark Angel, aka I Come In Peace. It is a truly unique gem in the Dolph Lundgren catalog, all taking place around a Christmas time backdrop.

One of the taglines of the film sums it up well – “Jack Caine. Houston cop. Human. What he’s up against isn’t.”

What starts out to be your usual cop drama, turns into something out of this world, literally. Lundgren is a renegade cop who teams up with a by-the-book FBI agent (Brian Benben), to take down some drug dealers.

That is until these drug dealers start dropping like flies. Lundgren and Benben develop some pretty good buddy cop elements, even though Benben is annoying as hell for the most part. They come to find out that they are dealing with suspects not from this world. As Lundgren states; “I think we are dealing with aliens and not from Mexico.”

The one and only Matthias Hues (Fists of Iron/Kickboxer 2/No Retreat Surrender 2) in probably his most memorable role here as the lead alien. He brings his usual presence as he builds up the killcount, while stating “I Come In Peace”. The reason he is here? From what I gather he was there to suck the brains of his victims that were juiced up on heroin, to take back to his planet to sell?

Yeah, sounds about right. You know, your normal everyday stuff. Hues is also pursued by another alien from his own planet, who is trying to bring him back or take him down altogether. Sound familiar?

A Movie Completely of its Time

Dark Angel definitely shares similarities with The Terminator, which I think they weren’t trying to hide. From the awesome 80s style guitar/synth score to what I just mentioned, to the overall tone and feel of the film. One of the songs included is from one of my favorite bands, XYZ, who provide “Maggy” from their 1989 debut record.

All the while this is going on, Dolph has a love interest in the film (Betsy Brantley/Deep Impact), who he keeps breaking promises to. I also would be ashamed if I forgot to mention the cameo by everyone’s favorite henchman, Al Leong (Die Hard/Rapid Fire/Death Warrant)! He is in one scene as a drug dealer.

Another interesting note, is that the good alien is played by Jay Bilas. I knew he looked familiar, I found out while doing research for this review that it is the same Jay Bilas that has been a big on air personality on various ESPN programming for many years! Wow. I guess he chose a very different career path after being an alien chaser.

How Ultimate is it Today?

This film has a certain coolness and fun factor to it, when you see the type of futuristic weaponry Hues has.  There is also a pretty explosive and extensive car chase that you won’t soon forget either. While not that type of movie really, Lundgren still has moments to show off his martial arts prowess, with some nice roundhouse kicks.

The final showdown ends with Lundgren jump kicking Hues into an exposed pipe, where one more time Hues says “I come in peace” and Lundgren retaliates with “and you go in pieces asshole!”. You don’t get those kinda one liners anymore! I miss it.

I would be interested to have seen this world explored a bit more with a sequel or two, but we never got it. Dark Angel or I Come In Peace has become a bit of a cult favorite in the Lundgren catalog, one that should appeal to sci-fi/horror fanatics and action junkies alike!

Universal Soldier: Day Of Reckoning – The World’s Only Action Horror...