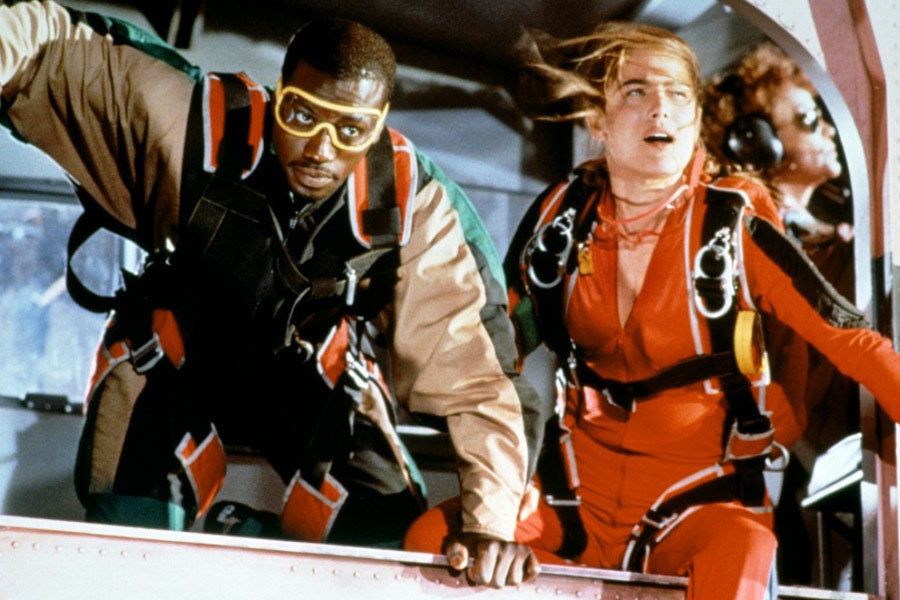 The kooky thematic sequel to Point Break we never knew we wanted! 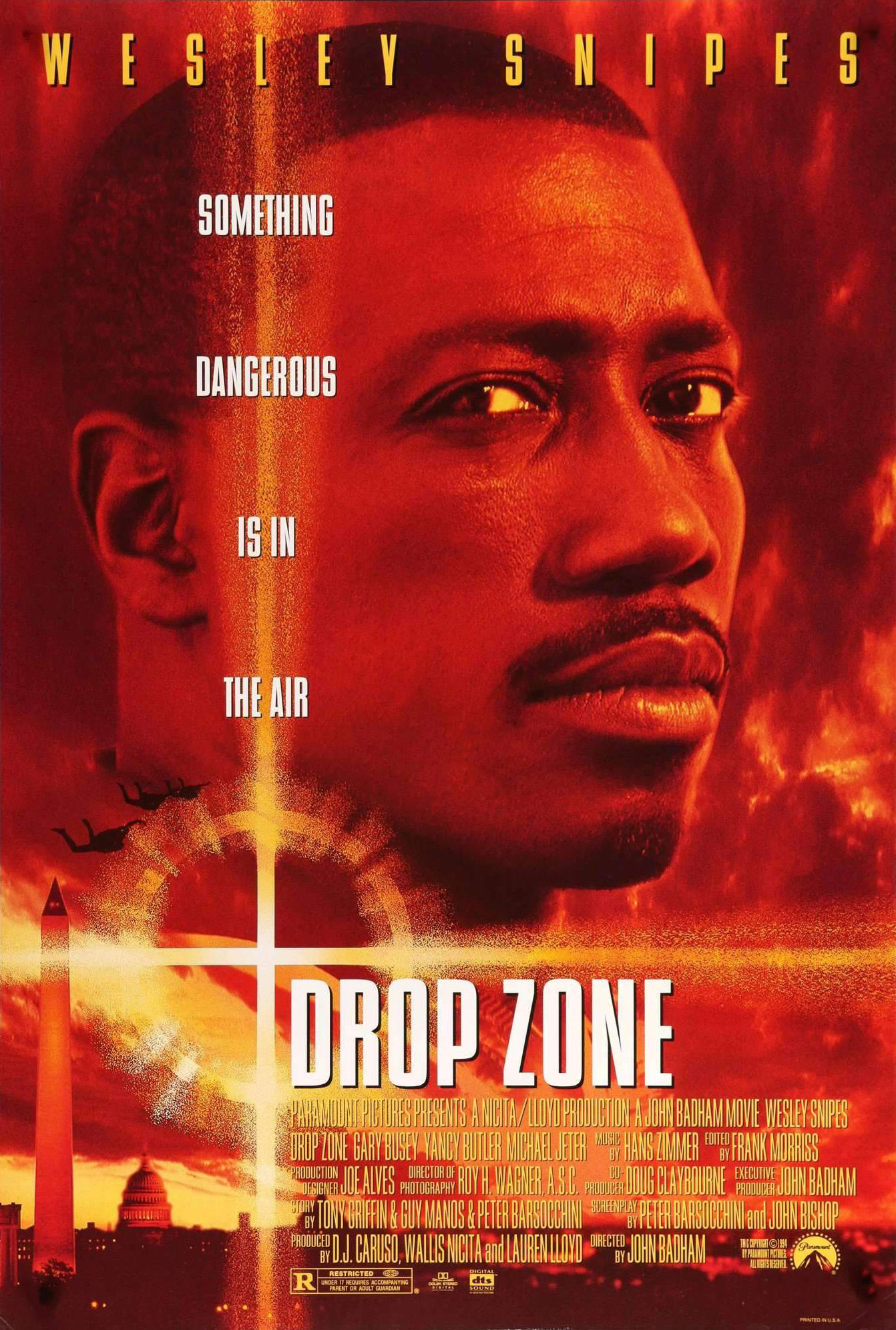 1994 was the year in movie history that put a big spotlight on skydiving, when Terminal Velocity and Drop Zone were released. You should watch both, of course, but Drop Zone crosses the finish line with a small margin compared to its peer, not least thanks to Wesley Snipes’ participation. Director John Badham created a couple of minor action classics in the 1980s and 1990s that put fast-paced spectacle above logic and consistency, and he also applied this recipe successfully to Drop Zone.

When U.S. Marshal Pete Nessip (Snipes) escorts convicted hacker Leedy on a flight, the plane is hijacked. The kidnappers escape with Leedy by jumping off the plane in mid-air, and Pete’s brother gets killed in the chaos. He goes undercover into the skydiving scene to track down the criminals who plan on combining their skydiving skills with Leedy’s hacking talent to steal sensitive data from government computer networks.

A Point Break Rip-off (of Sorts) 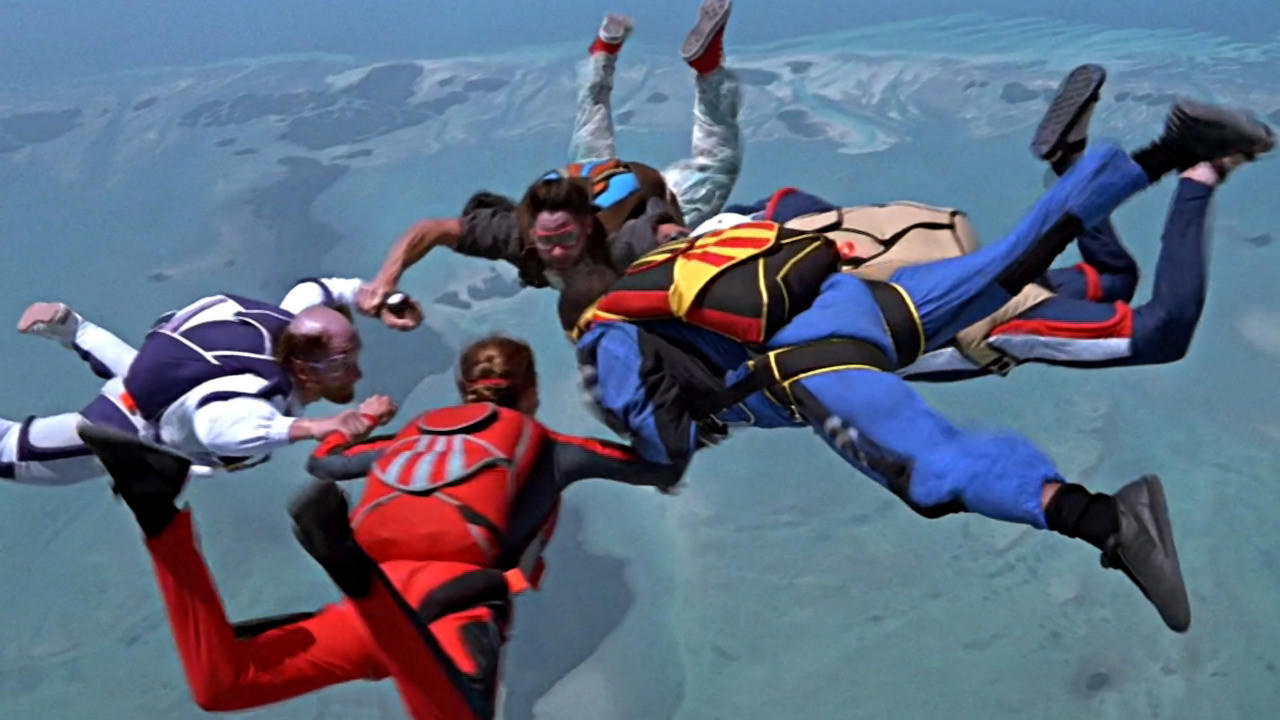 Drop Zone is a Point Blank rip-off of sorts, but it takes a different direction than Kathryn Bigelow’s atmospheric action masterpiece, and impresses with a slightly kooky plot and impossible action sequences. The insane overture of a plane hijacked by skydivers sets the tone, and I recommend you don’t dwell too much on anything that happens, but just enjoy the craziness of it all.

Also, if you’re like me, and not part of the skydiving community, you’ll never know if the attitude and rituals shown in the film are rooted in reality. It all looks convincing enough, though, and gives a nice sense of credibility to the characters.

Snipes is in his prime as a jacked and charming macho cop. He showed again that he embodied the best of both worlds, being a great martial artist and a very good actor. When push comes to shove Pete goes about his action hero business, but he is also frequently humbled by the impressive feats of the skydivers who have taken him in.

The villain team is is led by Gary Busey. In Drop Zone he was still at the peak of his diabolical phase, and he goes all in the first minute he shows up on screen. The rest of the cast does a great job as well, with a whole bunch of sympathetic and quirky characters. Special mention goes to Michael Jeter who gives the most energetic performance of the entire cast as hacker Leedy. He even did his own skydiving stunts, unlike the rest of the cast.

“You bit off my finger!” “You still have nine good ones!” 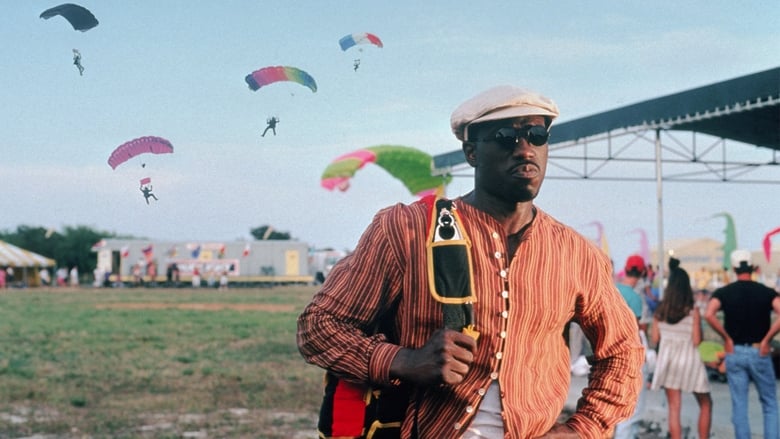 The movie features a different kind of action compared to the usual suite of shootouts, car chases and explosions, and the numerous skydiving sequences are the undisputed highlights of the film. Some insane stunts and a beautiful choreography are guaranteed you give you an adrenaline rush. Each scene is a thrill ride that is filmed spectacularly with stunning intensity. The only point of criticism is that the final showdown does not feature even more spectacular skydiving, but is a rather conventional Die Hard-like sequence.

Director Badham moves the film at a swift pace with no fillers, and well-crafted action sequences. Just as in his previous works he created an entertaining movie that felt just a bit fresher than most of its peers at the time. Drop Zone may not be top of the shelf material, but it’s one of those films where everything falls nicely into place, and I never grow tired of revisiting it every once in a while.