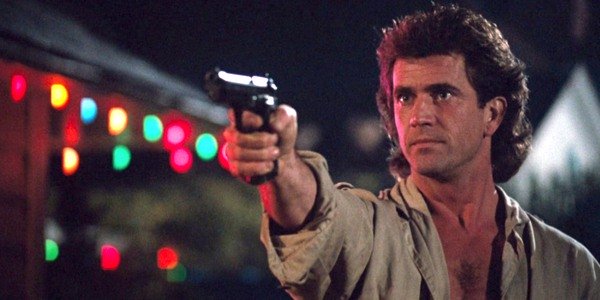 Is Lethal Weapon a Christmas movie? It absolutely is… 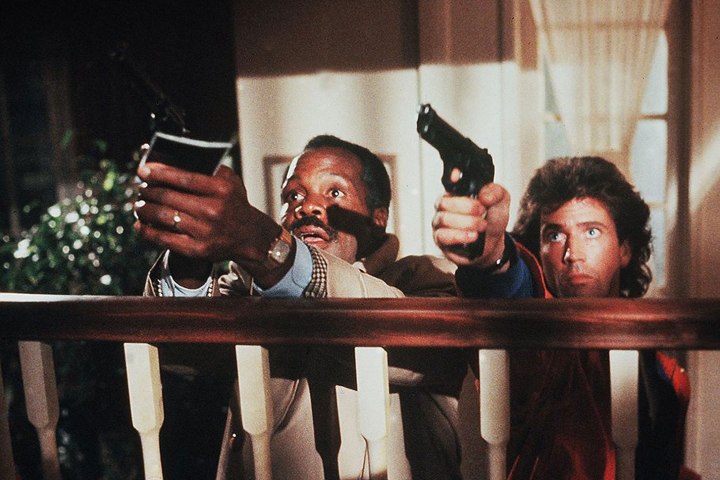 At this point, it’s pretty passé to point out that Die Hard is a Christmas movie. Everyone knows it. The Ultimate Action Movie Club has even done the categorical research to prove it. And it’s kind of just become a fact at this point.

However, what is apparently in contention, are the several other classic films which many would say either 1) happen to take place during Christmas time, or 2) are bona-fide Christmas movies which should be watched in the merriment of family and friends over the holidays.

Lethal Weapon is one which is now often being debated. And while I’d love to hear a counter argument as to why Lethal Weapon is Christmas-y enough, I’d have to say that hands down that the Mel Gibson and Danny Glover buddy cop actioner is about a genuine Christmas movie as they come!

Let’s start at the beginning with the ultimate and awesome opening to Lethal Weapon. What do we hear as we get the giant “Warner Bros. Presents” icon typeface? We hear the first jingles of “Jingle Bell Rock” (performed by country artist Bobby Helms) of course.

From there we get one of the best opening sequences in any action movie ever as we helicopter over a night-lit downtown Los Angeles before the camera pushes into a penthouse window to reveal a drugged up naked woman waking in a daze. She stumbles around as the Christmas music swells before she eventually (and quite gracefully) slides over the balcony ledge and down onto a parked car below.

When then get Danny Glover, as Roger Murtaugh, jovially playing with his family while he’s in the bathtub and getting ready for his day. If the juxtaposition isn’t a perfect summation of the highs and lows of Christmas expectations then I don’t know what is.

What’s funny is that reportedly “Jingle Bell Rock” wasn’t the initial choice for the opening. Instead we had this bad ass Eric Clapton banger to really set a darker, more sinister mood. However, the better angels prevailed and we got an instant signifier that this movie is about Christmas, damnit. 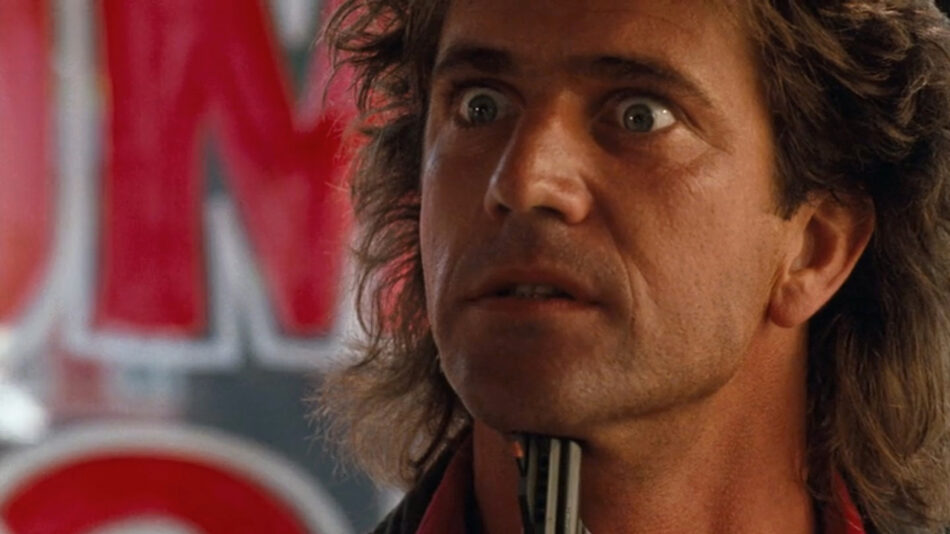 And for everyone who says that Christmas movies have to be sappy and Hallmark Channel love stories, I’d argue that depression and suicide are absolutely Christmas themes. Just look at the opening scene (which is echoed here in Lethal Weapon) from the universally accepted Christmas movie classic It’s a Wonderful Life which too begins with a contemplative suicide attempt.

While Danny Glover is living it up with his perfect and happy family, Mel Gibson’s Martin Riggs is about to put a bullet in his brain as he watches cartoons alone. For many Christmas is pretty much divided between these two extremes, and Lethal Weapon does a great job of building them out before ultimately pairing them together with the odd couple partnering off Riggs and Murtaugh.

3) Ghosts of Christmas Past

Another not so heartwarming theme in many Christmas movies is the frosty Ghost of Christmas past. While Christmas is meant to be wholly good and loving, you can’t actually block out all the sins, traumas and unworldly doings of the past. For Lethal Weapon, I’d like to present that even more than Riggs’ bemoaning the loss of his wife, the Christmas Ghost is actually the shared traumas of the Vietnam War.

It’s a big odd watching Lethal Weapon, which came out in 1987, today in 2019. It’s release was actually closer to the end of the Vietnam War (12 years) than we are today to its release (32 years). And while I wouldn’t categorize the film as a war movie by any stretch of the genre, the underbelly of Vietnam is a huge part of both the plot and the two main characters.

From Riggs’ time as a highly skilled assassin who thought of his killing-ability as “the only thing I was ever really good at,” to Murtaugh’s feeling of debt owed to man who took a bayonet in the lungs to save him, and eventually to the nefarious heroin-smuggling “Shadow Company” behind the murders, the war is still very much a haunting and real ghost in the story.

And while Lethal Weapon tackled some much heavier issues than many mainstream blockbuster might have attempted to at the time, the film is still overall quite joyful and light. The majority of the Christmas-y cheer comes from the budding partnership between Riggs and Murtaugh as they truly become fast friends quite early in the film.

From Murtaugh inviting Riggs into his home for dinner, to their time buddy cop-ing it up together, the bond between the two is truly heartwarming as you just KNOW that they will have each other’s backs when the real shit will inevitably hit the fan later.

And, like It’s a Wonderful Life and every other Christmas – and action movie pretty much – we get the unlikeliest of miracle endings. Murtaugh ices the bad guy McAllister and Riggs gets to K.O. Gary Busey’s Mr. Joshua, the girl is saved (and apparently not psychologically scarred in the least) and viola – Riggs is no longer suicidal!

In what might have been even more miracle-ish (and I’d say much more ultimate), an early draft from Shane Black actually had a bigger ending chase scene with helicopters and a trailer truck full of cocaine exploding over Hollywood Hills with cocaine snowing over the Hollywood sign. Which would have been the most beautiful Ultimate Action-y Christmas movie miracle of them all.