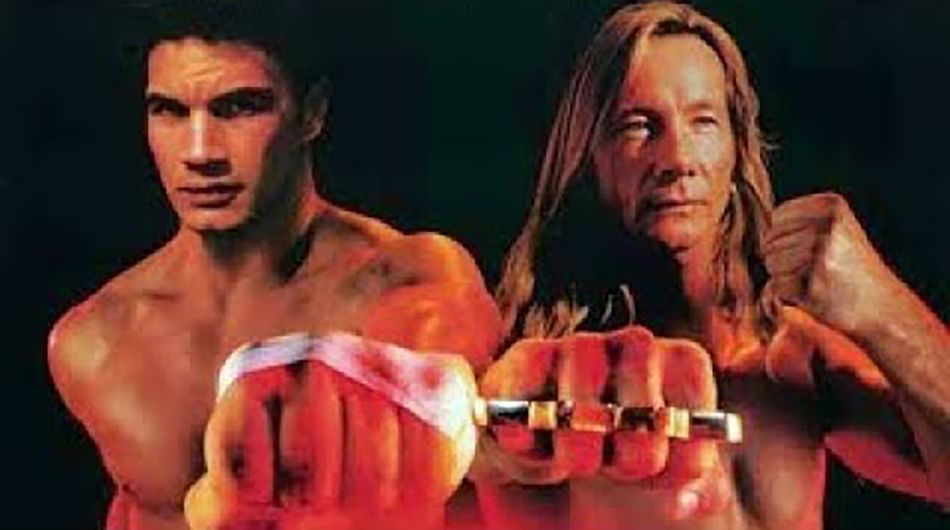 Fists of Iron deserves to be talked about as one of the crowning achievements of 90s martial arts action!

The other night, I was in a mood for an old school fight flick and 1995’s Fists Of Iron came through in spades.

What an underrated gem this is, starring Michael Worth – who I had previously seen in Final Impact with Lorenzo Lamas and the awesomely over the top US Seals II, that deserves a review sometime as well.

Worth plays a skillful fighter who is working as a mechanic when his lifelong friend invites him to this extremely rich guy’s house where illegal fighting is being organized. His friend makes the mistake of trying to show off, by getting in the ring with the instantly recognizable Matthias Hues (Dari Angel/Blackbelt/Mission of Justice and so many more) ends up getting killed. You can guess what happens from there.

Granted this is a tried and true formula, but Fists of Iron executes it so well. Every character is full of personality and there are some layers to it that allows it to stand on its own.

Marshall R. Teague (Road House/The Cutter/Special Forces) is such an underrated actor and is the rich bad guy here, one you love to hate. Worth ends up having an immediate spark with his girlfriend (never a good idea), played by Jenilee Harrison (Dallas/Three’s Company). Their growing relationship is the underlying story and creates even more tension. 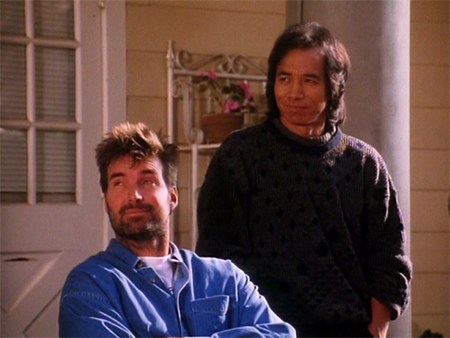 We’ll get to the fights in a minute, but perhaps one of the film’s biggest highlights is Flash Gordon himself, Sam Jones, who is a b-action movie legend in his own right. Jones, along with another underrated martial artist Eric Lee (Ring Of Fire/Big Trouble In Little China/Bloodsport 2), are fighters that have a past with Teague’s character that ends up being revealed in the later parts of the film.

Jones and Lee end up training Worth’s raw, but talented character. Worth has to do a lot of convincing to get them to train him, moving a literal bolder! They jokingly say he isn’t going to be able to do it, but he finds a way and showed them something.

There are a ton of fights in the movie, both in the ring and out – expertly choreographed by the one and only Art Camacho. The fights are made to be really interesting and cinematic as the film goes and as Worth learns more and more. 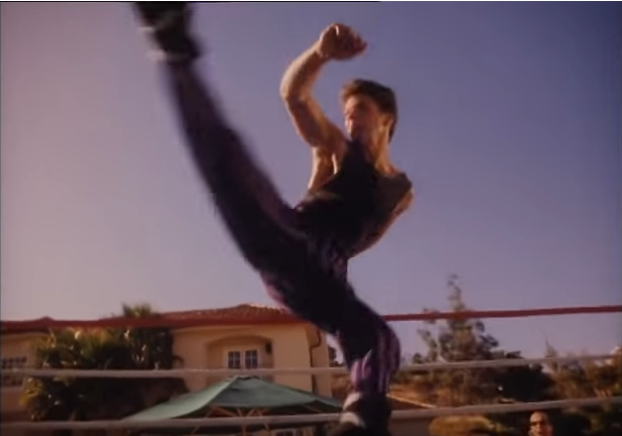 Michael Worth looks even younger than he is and does not have the most physically imposing figure, but that is all put to rest when you see him fight. He has style and is really a natural in that department.

The buy in for the main tournament is 25k and the way they go about getting it has you really pulling for them. Worth sells his prized car and they are still short, so all the people of the bar step up and pitch in what they have as they believe in him. Very cool moment.

Like I mentioned, each fight in this movie is made to be different and interesting – the final fight between Worth and Hues delivers – as does Fists of Iron in general. Each character brings a lot of color and personality that makes it fun.

It has a lot of heart and should be talked about a lot more when discussing the glorious 90s DTV (direct to video) martial arts era. They don’t make ‘em like this anymore.