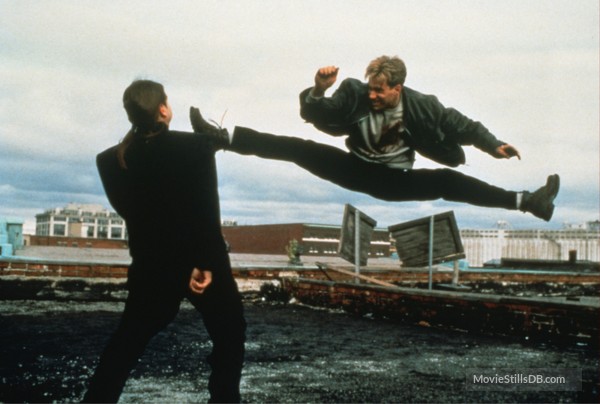 Gary Daniels is Eric Hawk… and he’s out for vengeance! 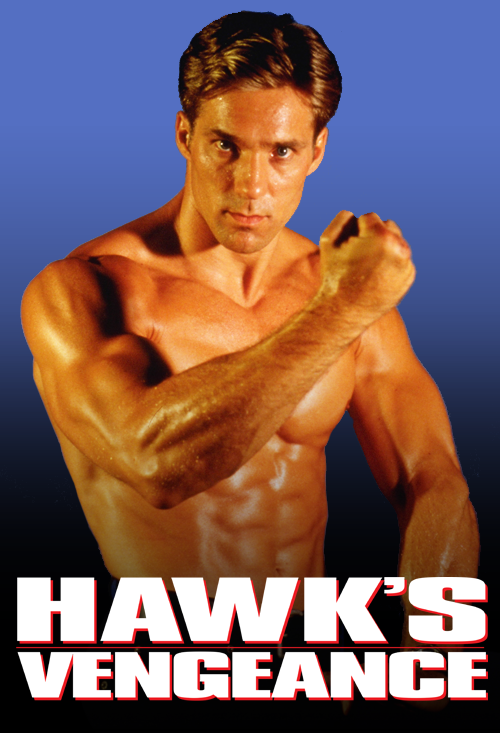 What a fun ride it has been going through the catalog of the one and only Gary Daniels. From kickboxing champion to becoming a legend in the DTV (direct to video) world in the 90s. There is certainly no shortage of kick-ass content to indulge in. While I wouldn’t say I’d put it above my favorite Daniels titles like Riot or Cold Harvest, Hawk’s Vengeance is in my top 5 easily, for the sheer brutal and merciless attitude Daniels has against his foes. 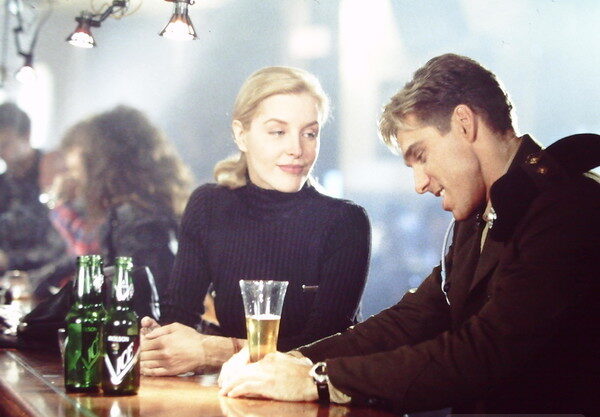 In Hawk’s Vengeance, Daniels is Eric Hawk. A British marine who is set off on a path of destruction or should I say ‘vengeance’ when his cop step-brother is killed. He soon discovers that his step-bro was investigating the murders and disappearances of a local Asian street gang.

Joining Hawk is his cop partner Lizzie/Jayne Heitmeyer (NightMan/Snake Eyes) and a guy that was crashing on his brother’s couch, Lipo/ George Chiang (The Tracker). Together, they take on everyone from Nazi white supremacists, to a couple of bumbling hitmen-for-hire, to the ultimate crime boss Garr, played by JKD and weapons expert, Cass Magna, who also served as the fight choreographer on the film.

There are loads of fights. Gary gets to do what he does best. Without a doubt one of the best kickers to ever grace the screen. His bone-crunching style is always so fun to watch. Not for the bad guys, but for the viewers, yes, it’s very fun. When he first meets Lipo (Chiang), he has to dodge his attacks via a fry pan and says good thing you didn’t use kung fu on me. Chiang accuses him of being racist for assuming he knows kung fu.

Later on, Chiang comes to his aid and it’s revealed that he does in fact happen to know a little kung fu. There are some funny moments between the two. Daniels also develops feelings for Heitmeyer, who is beautiful, but plays this tough character and handles herself very well. She gives Gary a good slap when he needs it and in a fight with this female nurse in the finale, she finishes the job with a couple heart defibrillators. 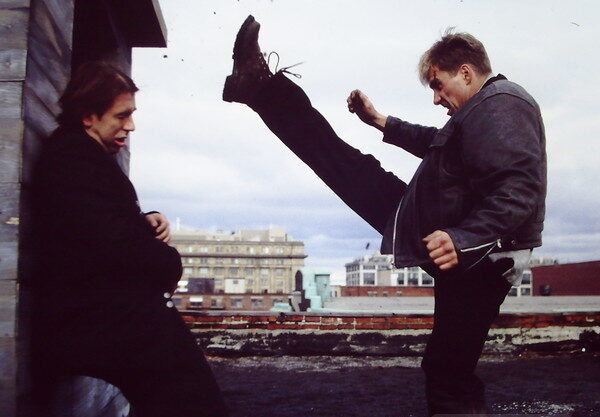 Like I mentioned earlier, Daniels shows no mercy in this one. After interrogating a Nazi, he just leaves him there to be blown to pieces by a homemade napalm bomb. His confrontations with the two hitmen played by Vlasta Vrana (Hollow Point/The Peacekeeper) and Charles Biddle Jr. are comical, but brutal, as first fingers are lost, and then an ear later on. These guys should have learned the first time.

While the climatic rooftop fight between Daniels and Magna is not as awesome as the epic Genesee showdown from Cold Harvest (but what is?), it is still solid and ends with a very memorable decapitation, by way of a helicopter Van Damme style kick into a big fan.

I miss these days. When we all were anticipating the latest titles from these guys and gals on video store shelves. It was a much simpler time. Thankfully, we can always go back and relive them. Hawk’s Vengeance is essential viewing for Daniels fans!