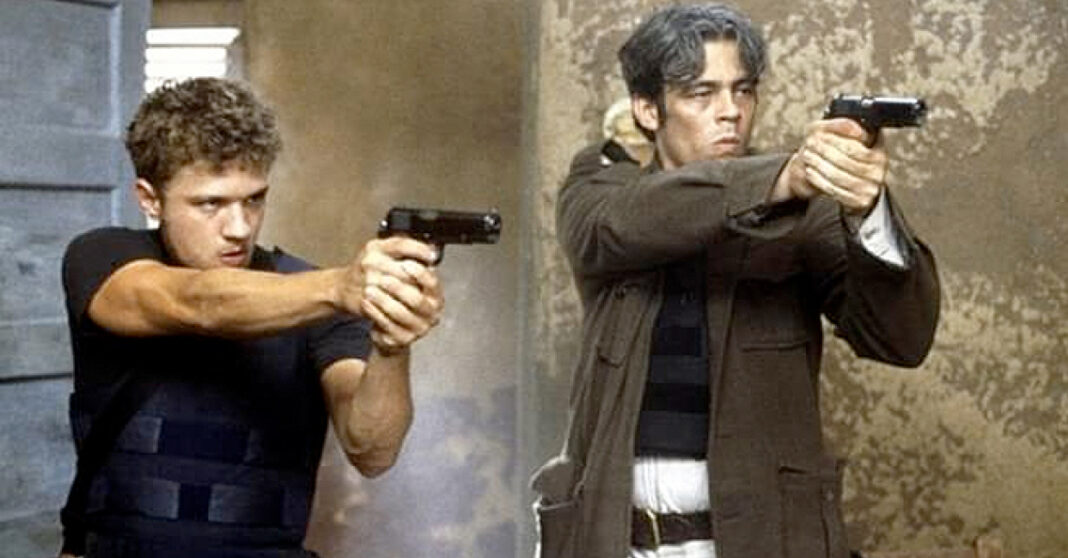 “In order to form an immaculate member of a flock of sheep one must, above all, be a sheep.” – Albert Einstein 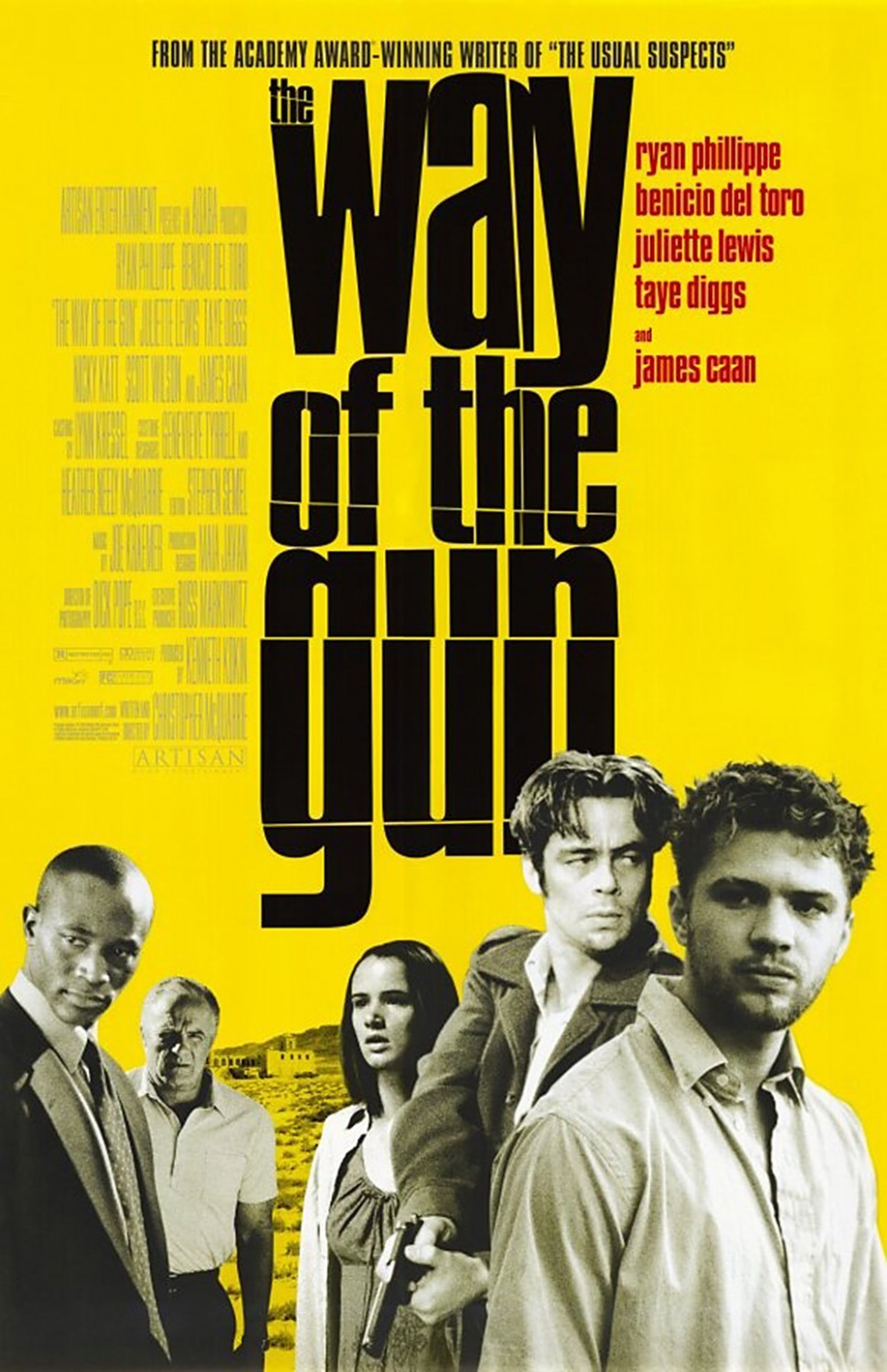 This quote appears on page two of Christopher McQuarrie’s screenplay for The Way of the Gun (2000). It provides the foundation for two aliased protagonists who aimlessly coast along the margins of society; getting by on petty crime and selling their bodily fluids. Everything changes when Mr.’s “Parker” and “Longbaugh” get the half-baked idea to kidnap a pregnant lady for ransom. Their one big score. It gets wholly more complicated from there in terms of the story’s twists and turns, jaw-dropping action sequences, and the legacy of McQuarrie’s directorial debut.

In retrospect, it’s difficult to imagine that the celebrated writer of The Usual Suspects (1995) and the successful director of the last two Mission: Impossible movies (with two more on the way) would hit a wall soon after hitting his stride in Hollywood. From all accounts available, McQuarrie had quickly soured on Tinseltown’s insistence on conformity and aversion to risk-taking…and this was back in the late 90s! His buck-the-system attitude matched his creative vision, which led to the conception of The Way of the Gun. He faced considerable labor pains with critics, the box office, and skittish audiences lamenting its violence and byzantine plot.

As a latecomer watching it for the first time, trust me, it was all worth it. Today, we can appreciate a well-adjusted film that endured a rough upbringing and blossomed into a fascinating film that takes risks and respects an action-oriented audience willing to take a chance on something different. Ok, enough of the child-rearing metaphors that intertwine with the plot, let’s get down to the scuzzy characters and explosive action.

The Way of Benicio del Toro and Ryan Phillippe 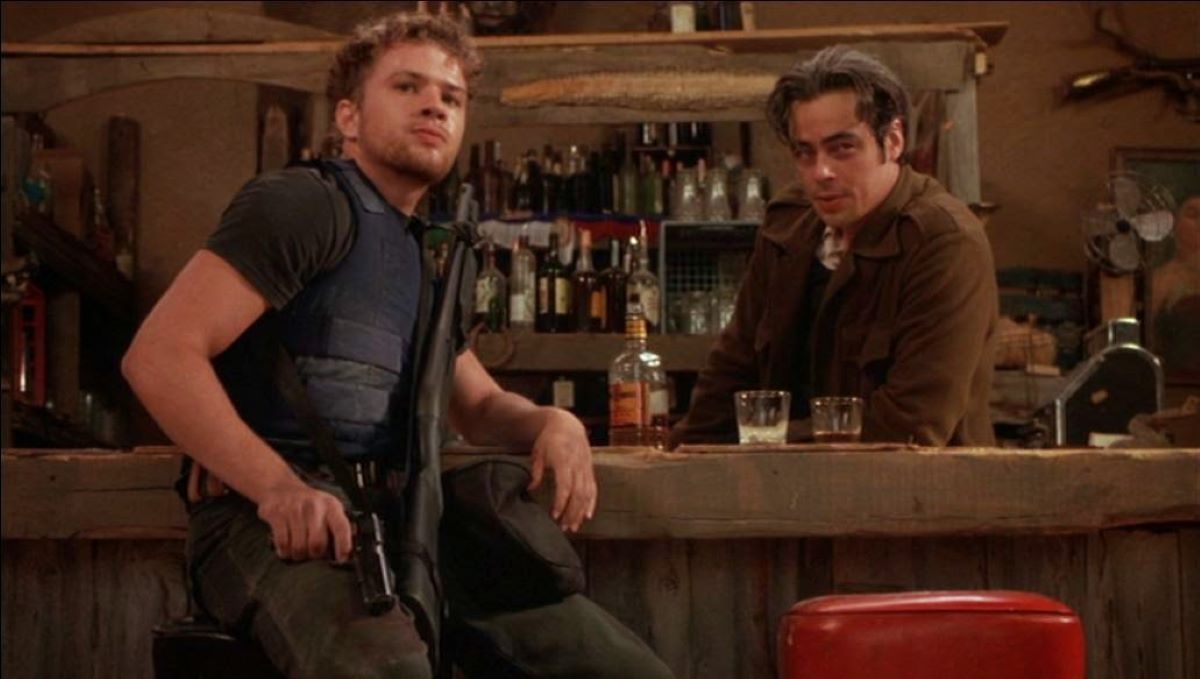 Consistently intriguing Benicio del Toro and reformed teen-screamer Ryan Phillippe join an ensemble cast of bad-asses as the quasi-leads, Parker and Longbaugh. I say quasi-leads because once Juliette Lewis and James Caan get some screen time, it gets fuzzy. The characters in The Way of the Gun are so rich, the traditionally supporting cast match or exceed the compelling characterization of the two mains. I find myself much more invested in Caan’s tough-as-nails “Adjudicator” character, Juliette Lewis’ conflicted mother-to-be role, and even loveably hapless Geoffrey Lewis’ washed-up goon vs. del Toro’s and Phillippe’s more one-dimensional, bullet-dodging opportunists.

This is both frustrating and endearing. The movie’s quirks and unconventional plot draw you into a morally ambiguous world of shifty characters with conflicting individual agendas who, more often than not, solve their problems with firearms. The characters have more angles than the D&D dice that your nerdy friend had in high school. The main characters trade places scene by scene and the audience gets a chance to empathize with mostly all of them despite their inherent flaws. The lack of defined good and bad characters, lead and supporting roles, are, and definitely were, off-putting to some.

You can see where cracks emerged in McQuarrie’s early filmmaking, which likely developed from the star power of the cast and the choices made to elevate the action scenes.

The Hunted: Meet the Men Who Could Match John Rambo

The Acting and the Action 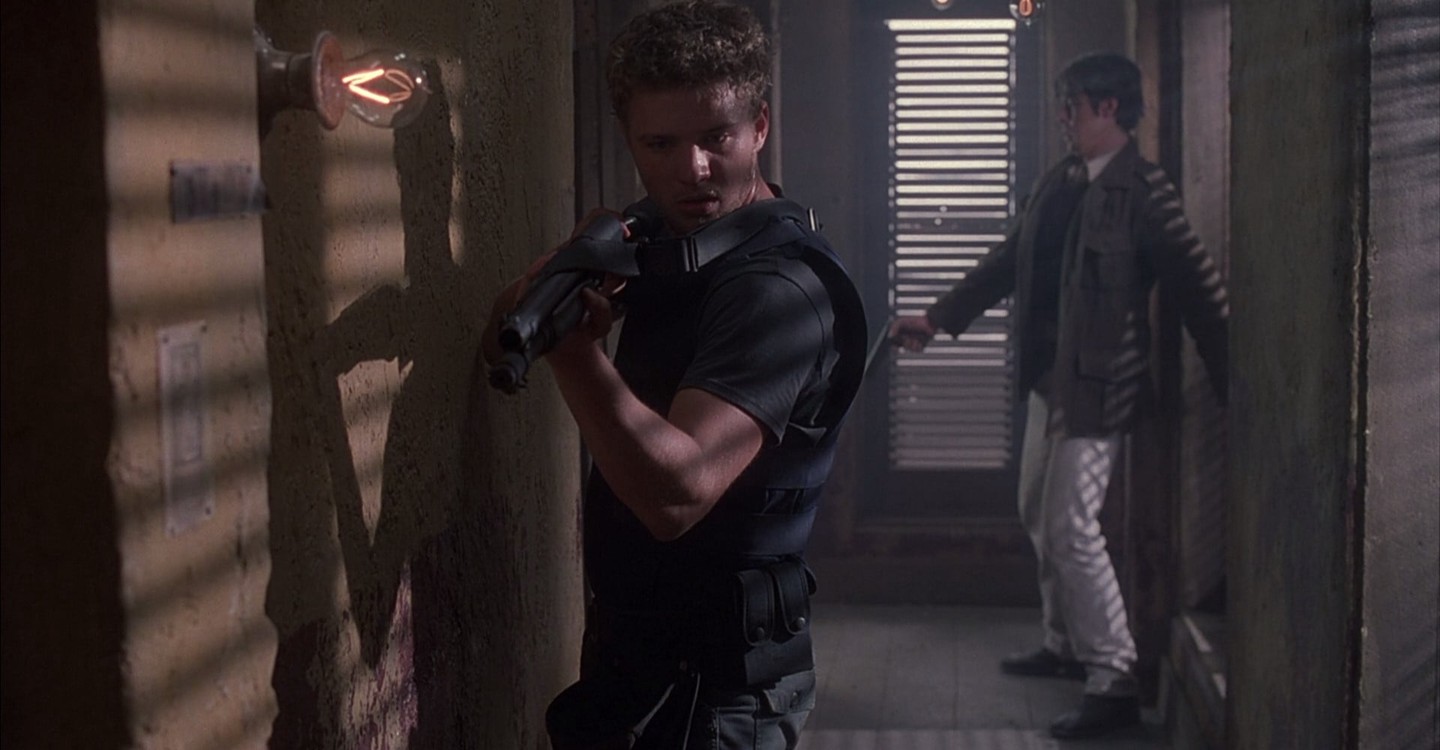 Del Toro made substantive changes to his character, opting for a more minimalist interpretation. His performance works but we don’t know much at all about his character in the end and he never evolves. James Caan gives a commanding performance, which is almost too engrossing comparatively speaking. Juliette Lewis, the victim in all of this, is the most sympathetic and her character goes through emotional and physical hell throughout. Phillippe’s character is better developed and conflicted than del Toro’s but he tends to be eclipsed by the “supporting” cast by the movie’s halfway point.

It also pains me to say, but the incredibly realistic and thrilling gun-fighting scenes are the most baffling from a story perspective. Parker and Longbaugh are supposed to be wandering losers that resort to clocking Sarah Silverman to get out of an outmatched, drunken fistfight. Then I see them employing proper cover and move maneuvers, trigger discipline, impeccable rapid reloads, tactical communications, and proper room-clearing techniques? Where the hell did you all learn that? Oh yeah, Doug McQuarrie, Chris’ brother the Navy SEAL.

Doug McQuarrie is a certified badass, the intense gun fights and tactical expertise on display are outstanding, but do they make sense in terms of the story and characters involved? No.

Eh, I can almost forgive it. It makes me yearn for a never-going-to-happen prequel where we learn how these guys learned to do all of that stuff. I would totally watch a movie where they get picked up and are inexplicably trained by the Mexican Marines to act as scouts/cannon fodder to hunt down cartel members along the Sinaloa drug smuggling routes coursing through Northwest Mexico, only to steal illicit narco-funds from a target to fund an epic, multi-week bender in Vegas. But I digress.

The best parts of the movie, outside of the crazy plot filled with interesting A-listers, are the action set pieces. The impressive shoot out sequences are brought to life with a surprisingly accurate sound design where each weapon is given a distinct audible signature. Shotguns are louder and deeper in tone than handguns, for example. Again, the Doug McQuarrie influence plays a major factor in adding a 2000s-era level of authenticity to a 90’s-era style of movie. The locations of the action add to the raw grunginess of the overall production. From dirty back alleys to dusty Mexican brothels, The Way of the Gun looks, feels, and sounds like a neo-western.

A lot of ideas, along with a whole lot more attitude, went into making The Way of the Gun. McQuarrie’s cynical view of the studio system is reflected in his characters’ nihilistic view of their world. Contemporary audiences can certainly relate to these themes as quarantine and Disney-Marvel fatigue firmly set in. The depicted violence symbolically lashed out at the constricting, conformist culture. Current and future action-driven filmmakers can draw lessons from The Way of the Gun and return to making socially relevant stories that aren’t afraid to challenge the status quo in an age when they are sorely needed.