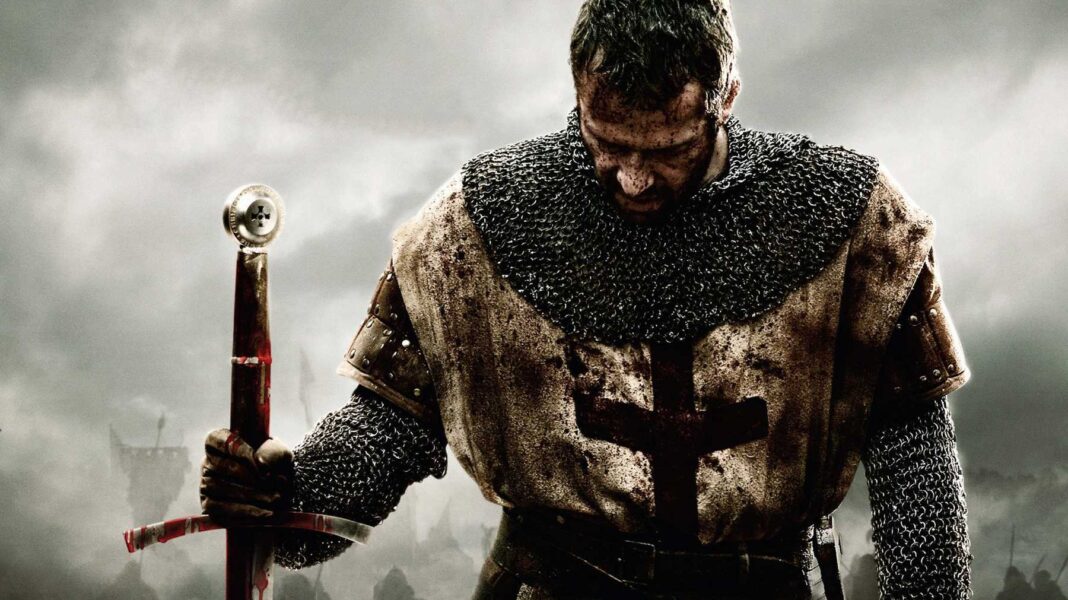 A look back at how Ironclad (2011) is still one of the most ultimate – and most medieval – action movies ever! 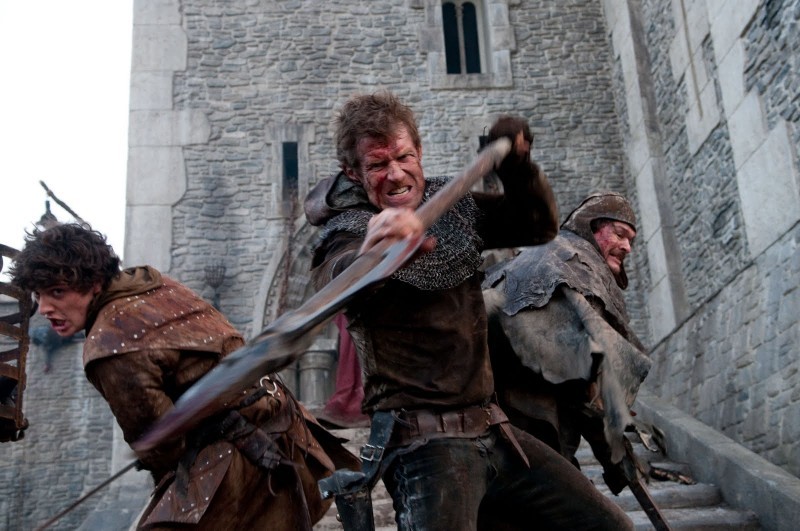 Braveheart is the greatest medieval action flick of all time, but it is also a heavily romanticized take on the Scots fight for independence. If it was not for the epic battle scenes and Mel Gibson’s incredible charisma it could have easily become the medieval version of Dr. Zhivago. Movies like Flesh & Blood or Black Death on the other end of the spectrum are probably a lot closer to what the middle ages were like. Their interpretation of the historical setting resulted in dark and nasty flicks that were not really a good time for the audience.

Ironclad takes the middle ground, and strikes a good balance between a seemingly realistic portrayal of the times and fierce combat sequences. After a civil war with the English barony, King John was forced to make some concessions to them, and signed the famous Magna Carta in 1215. For John it was a bad deal, of course, and he swiftly resumed his fight against the nobility. Part of his plan was to seize Rochester Castle, which was of strategic importance due its proximity to the expected landing point of the French army that was on its way to overthrow John.

The 13th Warrior: The Most Ultimate Action Viking Movie Ever!

That’s the historical background, and the starting point for Ironclad’s story. Rebel baron William d’Aubigny recruits a group of combat veterans, and takes control of the castle ahead of John’s arrival. A long siege begins, and William is determined to hold the castle until the French Army arrives. Templar Knight Thomas joins the baron on his mission, and also has some personal beef with King John and his henchmen.

Twenty men defending a castle against one thousand mercenaries is a great scenario for an action movie, as it promises plenty of heroic moments and also plenty of killing. Ironclad begins like a medieval version of The Magnificent Seven with William assembling his posse of eccentric swashbucklers, each one with a different skill set. After that the story revolves exclusively around the multiple assaults of John’s army to take the castle. In between the fights, we get some glimpses of the harsh reality of medieval life, that is exacerbated by the extreme circumstances of the siege. 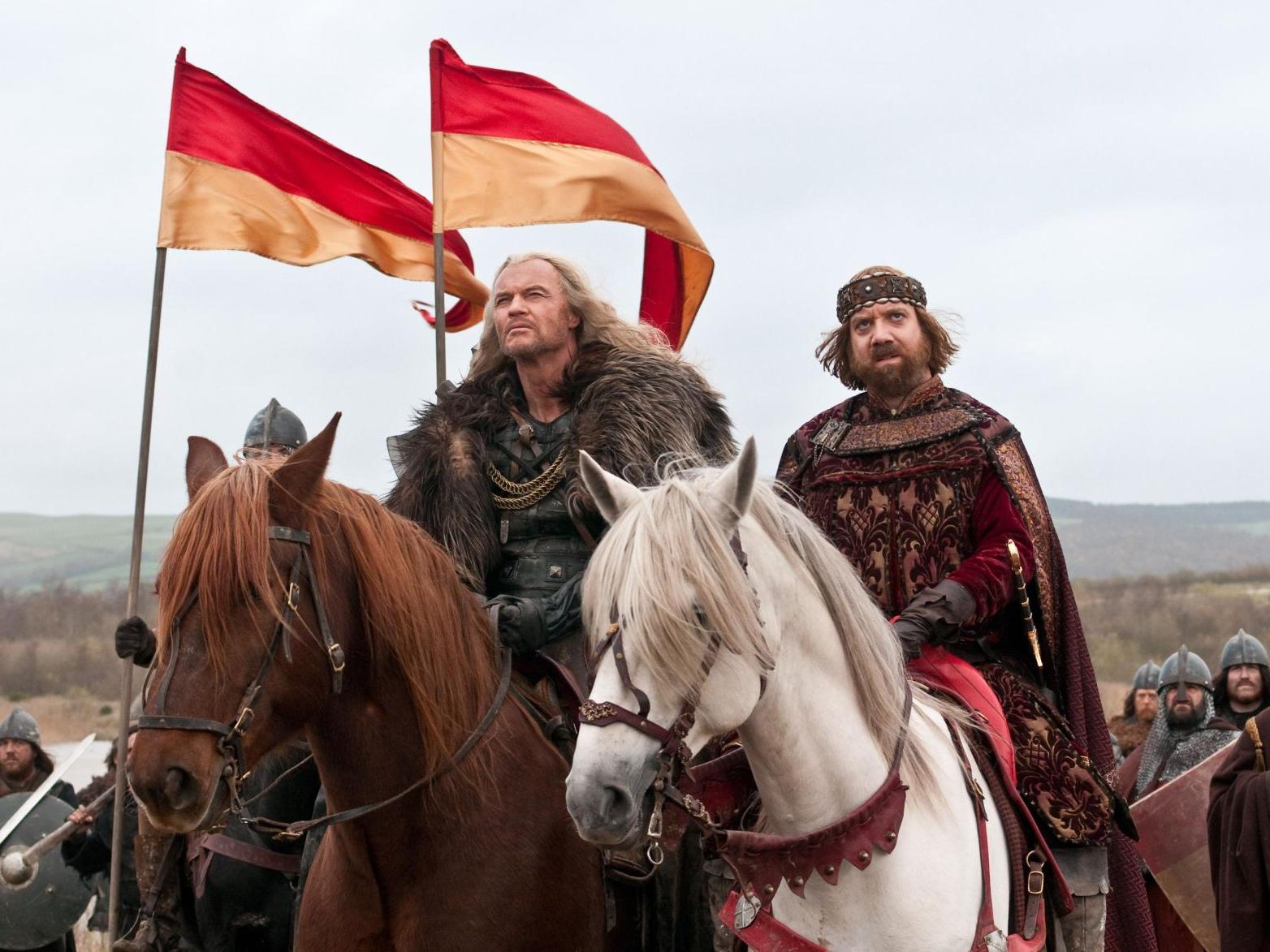 So how does Ironclad fare on the action front? The film delivers what may be the most intense melee battle scenes to ever make it into a movie. There’s siege towers and catapult attacks wreaking havoc on the castle, too, but the sword fights are the centerpiece of the action. Ferocious hacking and slashing is the name of the game, with skulls being smashed and bodies impaled at a staggering frequency. Combat is just incredibly brutal in this film, and the relentless assault of John’s army keeps the action coming all the time.

The camera leans towards the shaky style during battle which may be a bit irritating for action purists, but I think in Ironclad it works well to create a proper sense of immersion. The quality of the fights is not diminished by this, and especially Templar Thomas launches devastating attacks with his great-sword. Thomas may not be wielding his weapon as stylish as William Wallace in Braveheart, but if these two would have ever faced each other in battle, I would not have put my money on Wallace.

The acting talent involved in Ironclad pushes it further into awesomeness territory. The great Brian Cox shines as fearless baron that is crazy enough to go against a whole army with just a bunch of loyal warriors. Vladimir Kulich almost reprises his role as Viking king from the 13th Warrior as leader of the Danish mercenary army that fights on John’s side, and is as towering as ever. And James Purefoy kicks some serious ass as reticent but resolute elite Templar knight who seems to be willing to take on John’s army all by himself.

As for King John, Paul Giamatti gives it all in his role. John apparently was a bad king who slept with his baron’s wives and broke his word all the time. Giamatti goes even further, and turns him into a psychopathic tyrant with a frightening gaze. He frequently staggers broodingly through fields and marshes plotting his next cruelty against the defendants. Even though he never joins combat, he is easily the most intimidating character of the whole film.

The film was made with a budget of “only” 25 Million USD. This is amazing, as it accomplishes everything it aims to do without any flaws in production quality. The sets look great, the action scenes are killer, and the cast is A-list. Ironclad tells its story without fuss and is one of the most adrenaline-charged lessons on English history that you’ll ever see. It’s a perfect package, and one of the top entries to the medieval action genre.