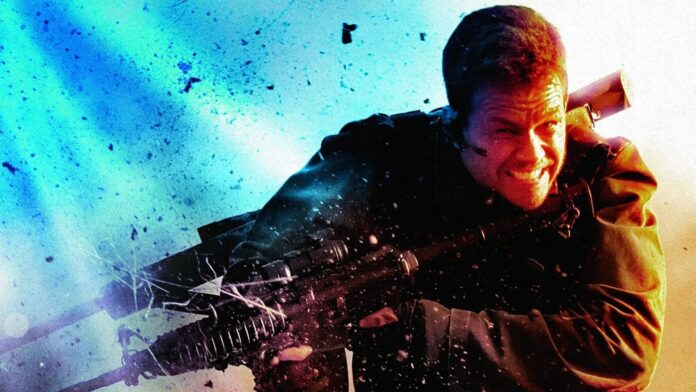 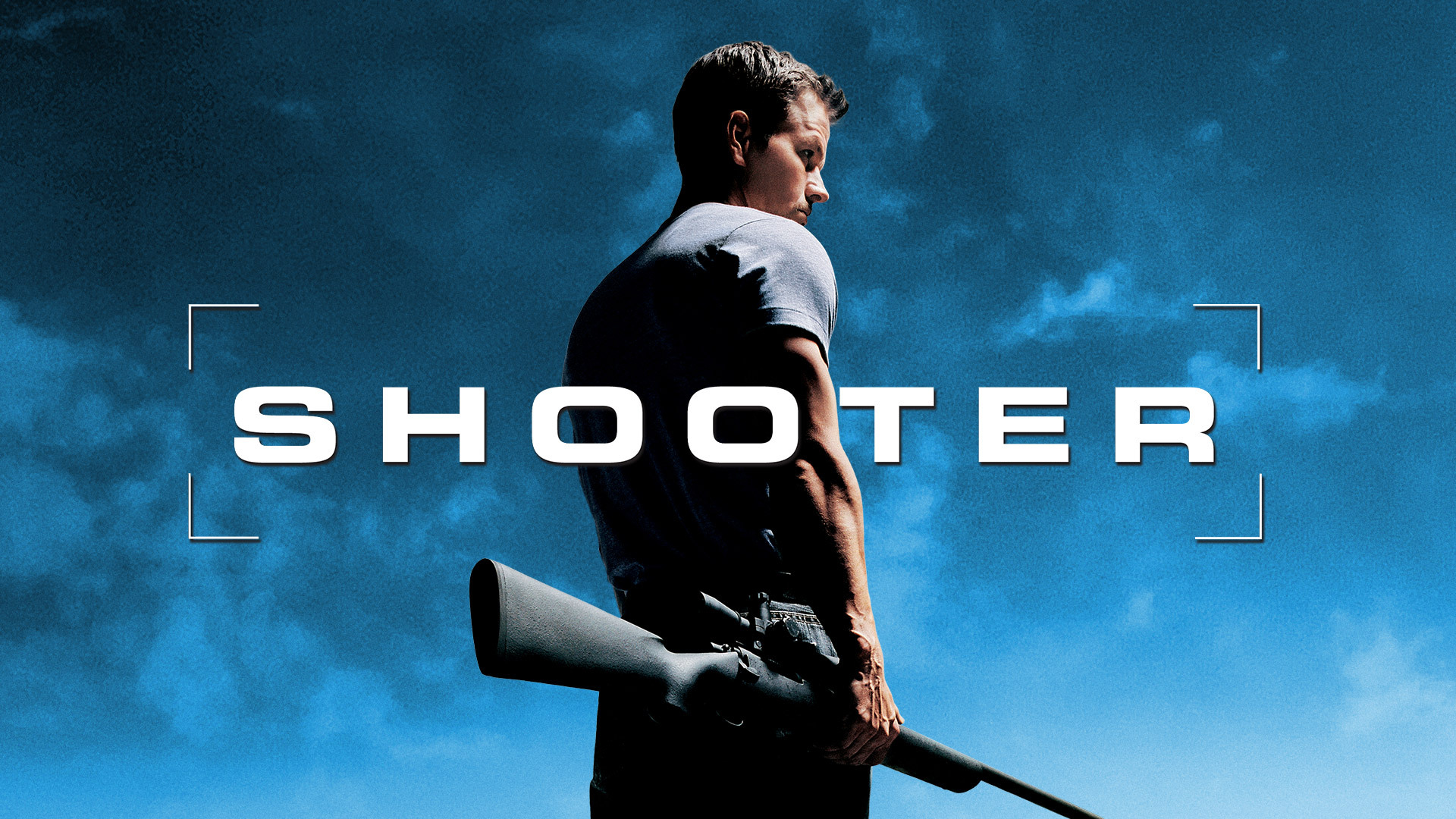 Mark Wahlberg, former underwear model and member of more than one cheesy pop group, transformed into a veritable action hero in the late 1990s. Director Antoine Fuqua started to make feature films around the same time, and in 2007 both of them teamed up to create Shooter. The film became an instant classic in the modern action thriller genre, and in this article, we’ll have a closer look at this spectacular mix of Sniper, The Fugitive and JFK!

Bob Lee Swagger, an elite sniper of the US army is left behind after a clandestine mission in Ethiopia is abruptly abandoned. He lives a secluded life after he makes it back alive, and is approached by government officials asking him to help stop a planned assassination on the US president. He reluctantly agrees, but gets set up and is blamed for attempted murder. While on the run, he tries to prove his innocence and take revenge.

On the surface, Shooter tells the classic fugitive story, with the nature of the conspiracy also being relatively straightforward. The bad guys make themselves known almost from the start, we don’t know their exact motive until later in the film, but when it’s revealed it doesn’t come as a big surprise, I would argue. Government conspiracies are standard fare in political thrillers, but evil antagonists at the highest level of the US political system are rather unusual for a film in the action genre, where the spectrum of corrupt characters rarely extends beyond cops, ex-CIA agents, or mayors.

What also sets Shooter apart from other conspiracy thrillers is its very straightforward and violent solution to the problem of institutionalized corruption, even though you’ll need the almost superhuman skills of a Bob Lee Swagger to do so. The conspiracy theme is further enhanced by some cleverly ambiguous comments related to the JFK assassination, and other quips about the long history of alleged secret operations and their cover-ups by the US government.

The most provocative topics broached by the film, however, are class warfare from above as signified by the insolent remarks of Swagger’s adversaries, and the openly asked question why people go to war for their country to secure oil production on another continent. I will argue, though, that Shooter does not cater to anti-American sentiments, as these questions can be asked in many countries around the world.

All the Classic Action Genre Types 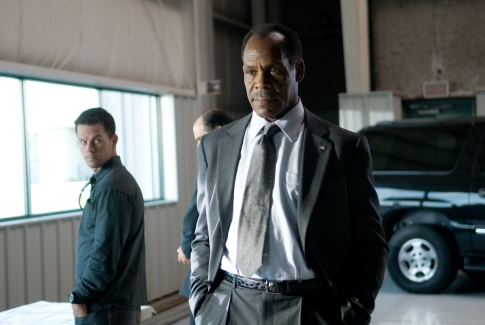 The main characters in the film are all classic genre archetypes, but are brought to life by a great cast. Wahlberg tones it down quite a bit from his trademark role (the brawler with a foul mouth and a short fuse) and delivers a convincing portrayal of a calm and decent citizen, who also happens to be one of the best soldiers to ever serve in the US military. His Swagger is an idealist and a violent advocate for democracy with a strong disdain for the ruling political class.

An unholy trinity of villains is trying to take Swagger down, two evil politicians (Danny Glover and Ned Beatty) and their sadistic enforcer (played by Elias Koteas with a hairstyle that gives away his malevolence immediately when he shows his face for the first time). All three of them do a terrific job in their roles, and you will want to kill them yourself every time they appear, but thankfully we have Swagger to care of that.

As in many of his works, Fuqua masterfully combines thriller elements with expertly directed action sequences that seamlessly connect to the plot and never feel out place. We start off with a spectacular sniper battle, follow Swagger on his violent escape from the conspirators, and conclude with a fantastic showdown where he takes the fight to his enemies in a most explosive way.

The action is tense and focused, with a crisp cinematography and perfectly staged practical effects. All set pieces retain a sense of realism, at a level where I imagine all this could actually happen in real life. A good chunk of the film is also dedicated to the details of sniper action which create a nice feel of immersion for the mostly layman audience.

Shooter is as tight as an action thriller can get, and its two hours runtime will fly for you. Wahlberg and Fuqua delivered an entertaining and though-provoking masterpiece that is one of their best films, if not their best.