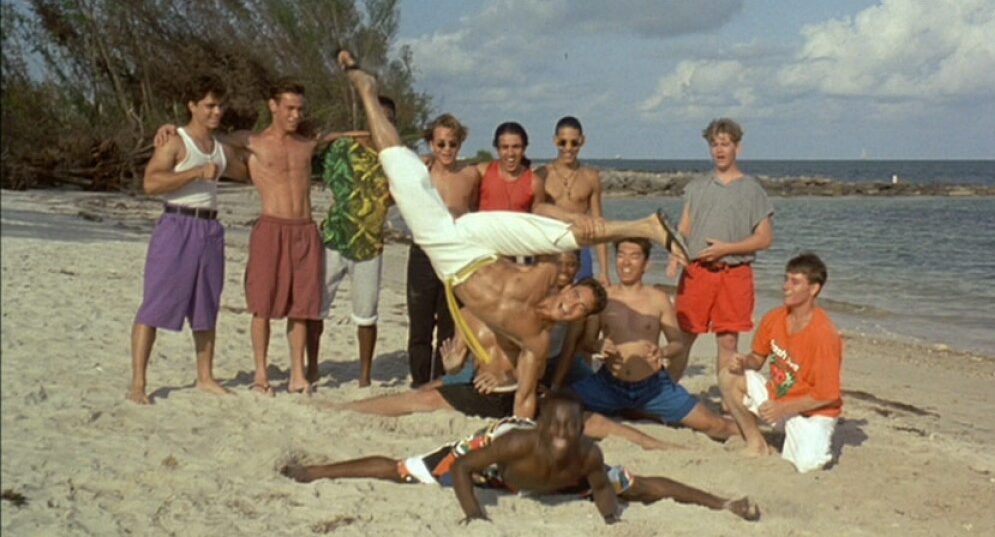 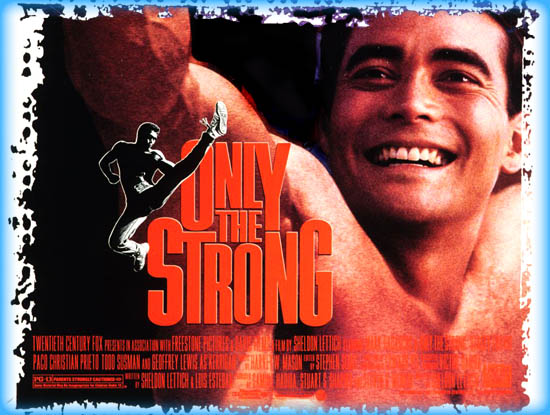 After his impressive performance in American Samurai the time had come for Mark Dacascos to take on his first lead role in an action film. He joined forces with Sheldon Lettich who made a name for himself in the genre with movies like Lionheart (director) and Bloodsport (writer). With Only the Strong, Lettich and Dacascos put a huge spotlight on the beautiful Brazilian martial art of Capoeira, and the film remains to this day the best advertisement for it ever put on celluloid.

Ex-Green Beret Louis returns to his old high school. After beating up a gang of drug dealers in the school yard he is hired as a gym teacher and starts a Capoeira class for the school’s biggest misfits. He earns the respect of the kids, but there is trouble on the horizon. Silvario, leader of a street gang, has different plans for his cousin Orlando, who is training with Louis.

We Will Channel Their Hyperactive Hormon-Driven Energy Into Something Constructive

Films like The Principal and The Substitute featured school teachers that used a more authoritarian approach to straighten out the students. Dacascos’ Louis is a lot more laid back. He only needs to show off some impressive moves and give a pep talk to earn the attention and eventually the trust of his class. We don’t learn much about the circumstances the teenagers are growing up in, and Louis’ instant success with them contains a lots of wishful thinking. But a structured physical activity like taking a martial arts class can be one of many steps to turn around a life, and thus what the film shows us has at least some roots in reality.

Dacascos is one of the greatest action heroes of our time with jaw-dropping martial arts skills. His natural charm and charisma also enable him to simply smile away any flaws he may have in the acting department. And let’s not forget this was his first big role, an overall totally commendable effort, especially if we compare it to the debuts of a Jean-Claude Van Damme or Dolph Lundgren in lead performances.

There are no big sets or special effects, but Only The Strong is not a cheap movie by any means. Lettich selected a couple of atmospheric locations to capture the vibe of a tough (but not overly depressive) neighborhood. There’s plenty of cheesy emotional moments, a half-baked love story, and together with traditional Brazilian music that is mixed with hard beats, we get ourselves the ingredients for a perfect family-friendly action drama.

To me Capoeira seems like a martial art that was not created to beat the living daylights out of your opponent, but to have each contest look like a dance between the two fighters.  And there’s a lot of Capoeira action happening, with a bunch of training sequences in the first half of the film, and more serious encounters after Silvario shows up on the screen. This unmistakable cigar-smoking bad guy, who sports a ponytail and all-black street wear, is a mighty Capoeira master himself. 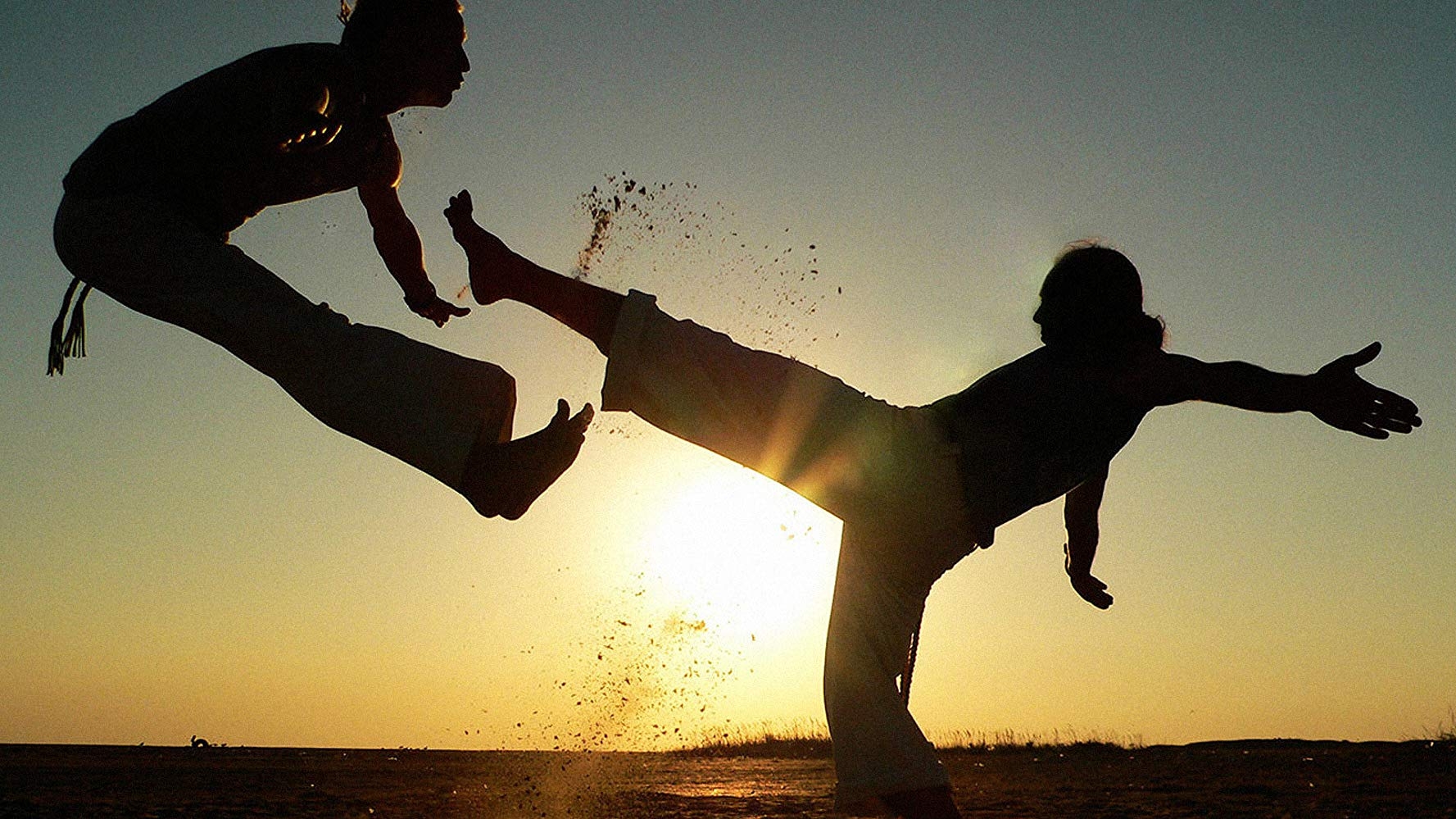 After his first clash with Louis things escalate rapidly, and their adversity culminates in an epic finale where Dacascos pulls off some crazy moves. Lettich utilizes a calm and fluent cinematography that captures the intensity of the fights and the talent of the martial artists really well, and the action sequences in Only the Strong are easily the best he ever created.

We all know it takes more than a few martial arts lessons to turn a rough life around, but we should embrace the romantic idea, and simply enjoy this action fairy tale. Even hardened action fans need a film like Only The Strong with its hopeful and uplifting vibe every once in a while, something that has become exceedingly rare in the genre.