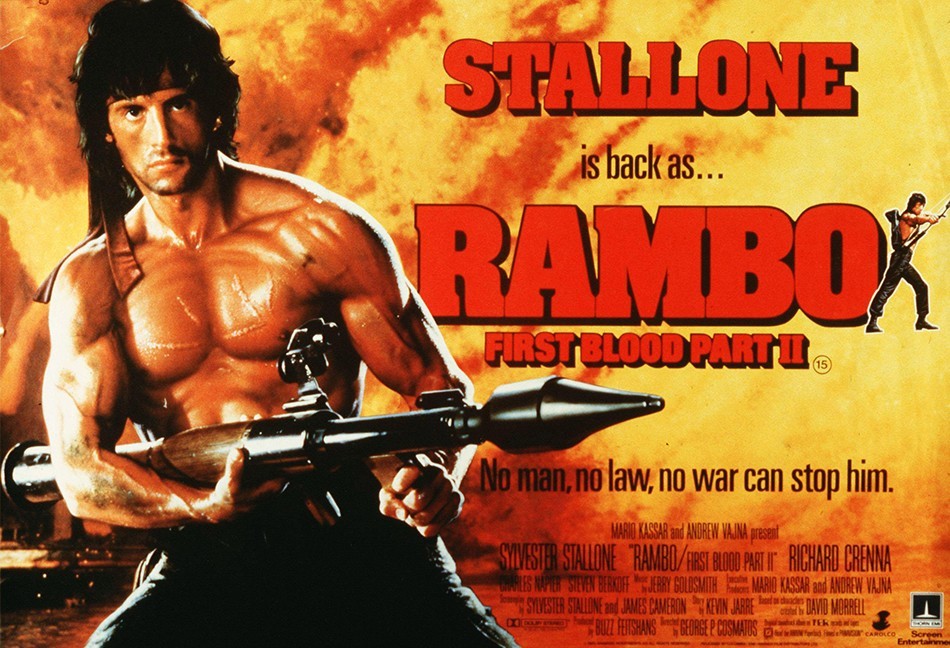 Rambo: Sir, do we get to win this time?
Trautman: This time it’s up to you.

Note: This post is a follow-up to a blog posted last year, entitled “The Top 5 Most Ultimate Action Movies of All Time.” While I wholeheartedly appreciate the author’s enthusiasm for the topic, I respectfully disagree with his top choice. Thus, I present my postulation regarding what I deem the most ultimate action movie of all time.

A One Man Army

Pitting “one man against an army of enemies” is an ultimate action movie sub-genre that is almost as old as movies themselves. Whether it’s a rogue cop, a wronged citizen, or an outlaw cowboy/Native American, there’s no shortage of action movies for viewers to choose from. Rambo: First Blood, Part II (henceforth shortened to RFBPT) held the record for the highest kill count of any movie in history — and the character wasn’t even supposed to engage the enemy!

I can’t imagine anyone reading this site has never viewed what many consider to be a cinematic action movie masterpiece, but just in case: the film picks up directly after 1982’s First Blood. John Rambo, a Vietnam veteran trying desperately to live life coping with post-traumatic stress disorder, is incarcerated in a federal penitentiary. His former commanding officer, Col. Samuel Trautman, approaches him with an offer: return to the Vietnamese prison camp that he has escaped from when he was enlisted in the Army and take pictures of any prisoners of war still held there. Then an extraction team would infiltrate the area, extract the prisoners and return them to America.

However, after an equipment foul-up during Rambo’s nighttime attempt to parachute into Vietnam, he is left to fend for himself with hardly any resources in enemy territory. The only weapons at his disposal are a compound bow (and a slew of arrows — some razor sharp and some explosive laden) and a survival knife. A meet-up with Co Boa, a local guerilla fighter, gives Rambo whatever other firepower he’ll have to work with. But after Rambo frees one prisoner of war to get a head start on the exfiltration process, the rescue helicopter is ordered to abandon him and the POW. He realizes there never was supposed to be a POW rescue team; he was supposed to just get in and out of an empty prison camp.

The movie’s tagline sums its plot up perfectly: They sent him on a mission and they set him up to fail but they made one mistake: they forgot they were dealing with Rambo. After a grueling torture ordeal, Rambo escapes from the prison camp. It was then that American audiences got to witness what I truly feel is the greatest action movie montage of all time.

A literal one-man army, Rambo takes it upon himself to single-handedly right the wrongs of the Vietnam conflict. Whereas before, when the U.S. military forces were restricted by congressional edicts, Rambo has free rein to move around, stalk and kill dozens of enemy combatants. What ensues is a slew of guerrilla warfare (e.g., covering himself head to foot in mud, hiding in a maze of caves), hand to hand combat, stabbing, bow/arrow kills and explosions, and hundreds of rounds fired from an M-60 machine gun — only to be topped by a miraculous defeat of a Russian Hind (Mil Mi-24) helicopter via a shoulder-held rocket launcher.

The “Rambo Effect” in America 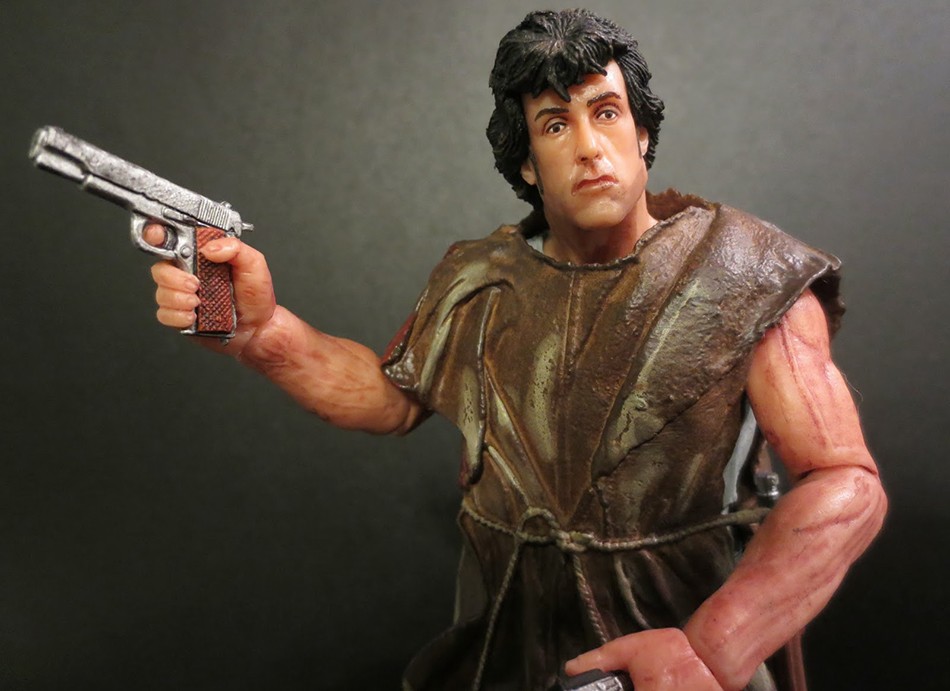 How impressionable was the movie upon American audiences? Itself a sequel, it was followed by two more cinematic sequels (with a third on the way!), a cartoon, toys (including knock-offs), comic books, novels, video games (both in-name and indirect, i.e., Operation Wolf), and merchandising ranging from party favors to posters to clothes. President Ronald Reagan even mentioned Rambo in a 1985 speech. Post-1985, movies were released that were clearly influenced by RFBPT, including 1987’s Deadly Prey and Steele Justice and 2003’s The Hunted, among other lesser-known foreign projects.

In addition, “The Expendables,” a throwback action movie trilogy starring Stallone, was a reference to this exchange in RFBPT:

Co: Why did they pick you? Because you like to fight?
Rambo: I’m expendable.
Co: What mean ‘expendable’?
Rambo: It’s like someone invites you to a party and you don’t show up. It doesn’t really matter. 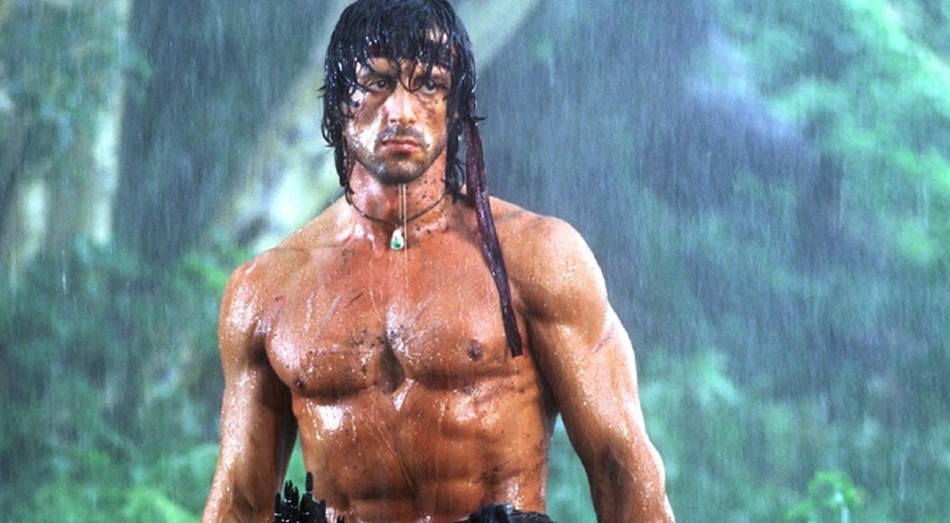 As God is my witness, last night I saw a long red ribbon randomly laying in my children’s play room. I gave in to an uncontrollable urge to tie it around my head and mumble as I played with my kids. Granted, they had no idea what I was doing, but for a movie to have that much influence more than 30 years later, it speaks to how strongly it resonated with me.

I am fully aware there are other action movies which deserve to be in the conversation regarding “the ultimate action movie”, including but not limited to: Die Hard, Commando, Predator, Bloodsport, Taken, among more. But other than spouting a few lines of dialog from these films, you can’t make the claim they’ve had the same long-term effects on cinematic audiences, writers, actors and producers as RFBPT has.

When you factor in escalating movie ticket prices and how easy it is to view movies at home (including streaming services and DVDs), it’s a rare event for me to see a movie in a theater these days. But I can assure you I’ll be among the first to buy a ticket to see Rambo 5, a continuation to the story of what I feel is the ultimate action movie.