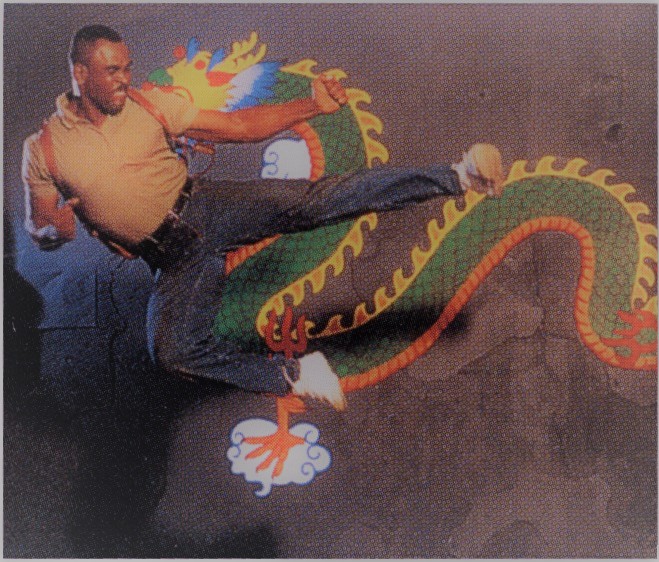 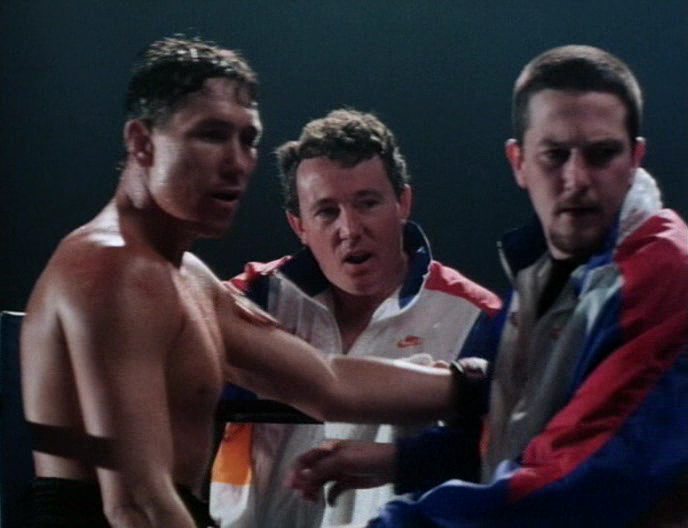 In the 90s DTV (direct to video) market, it seemed like every real life kickboxer or martial artist got their chance at being an action star. The shelves were flooded with them. Now let me be clear, I am not saying this as a bad thing, quite the opposite. It’s what got into my blood at a very young age, and it is what I still love.

What a time to be alive and even though some of these titles are extremely hard to come by, that is the thrill of the hunt for a DVD collector like me. And if you are a DTV martial arts die hard like me, I have quite the recommendation for you today.

Dale Cook and Ron Hall Together at Last

The story is familiar, but entertaining. Cook accidentally kills an opponent in the ring and is tormented with it through flashbacks. He comes back home after a long time and learns that his brother was killed by a gang of drug dealers.

He infiltrates the gang and gets in good with their leader, played by Nicholas Hill (Fists of Iron/Showdown/A Dangerous Place). Hill while not the greatest actor in the world, I still found him to play the egotistical, charismatic bad guy very well. Ron Hall plays a cop who is after Hill as well, coincidentally, Hall’s brother was the one Cook had killed in the ring. It made for an interesting dynamic of highs and lows between the pair.

(Editor’s Note: had to include two trailers because both are absolutely ultimate and amazing. Enjoy!)

Cook, a decorated kickboxing champion in real life, really excels in a movie that is absolutely loaded with fights! His real life skill and style flies right off the screen and he even has the shirtless poses down to perfection. Hall’s acrobatic style is lightning quick and he has plenty of moments to show off too.

A nice surprise was seeing Nils Allen Stewart as a bouncer at a club. He is the imposing bad guy in The Quest and is one that is always cool to see pop up in things. He ends up having scraps with both of our stars.

Like I said, the movie pretty much goes to one fight scene after another, leading to an epic finale at Hill’s compound/dojo. Love seeing Cook and Hall fighting together side by side. There’s some nice gunplay involved, but obviously the martial arts takes the primetime spotlight here. 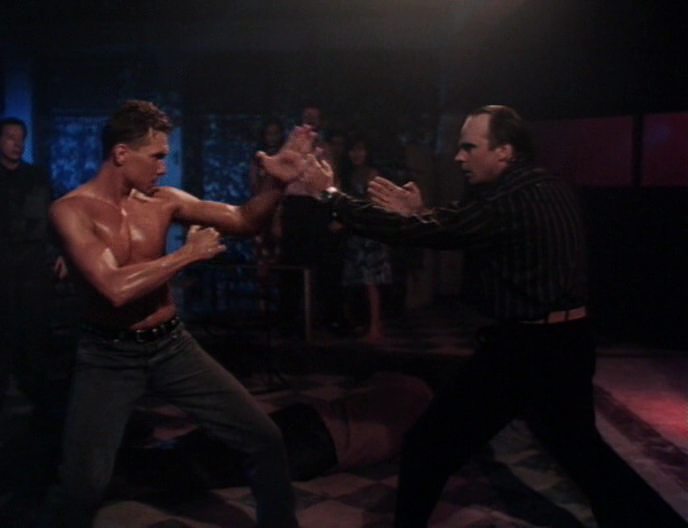 Mychelle Charters plays a cop who helps out Cook and ends up having a romance with. I liked her in it and not just because of the topless sex scene. Surprised she wasn’t in more than she was. Robert Marius (Bloodfist II) was another familiar face.

Cook and Hall did a handful of these films together back in the day and you can tell that they, along with the rest of the cast were having a blast. Admittedly this is a low budget outing, for direct to video martial arts die hards only, but if you are one like I am, Raw Target is like a dream come true!