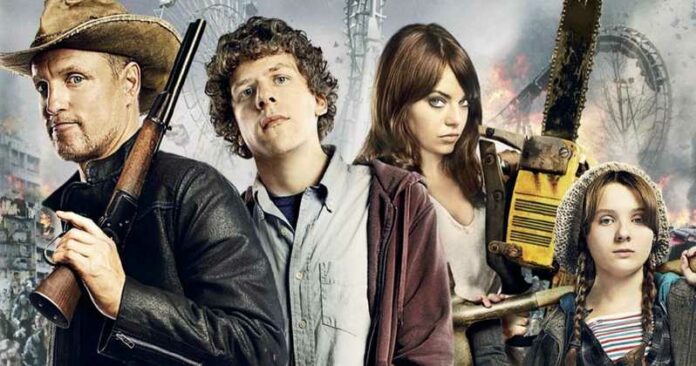 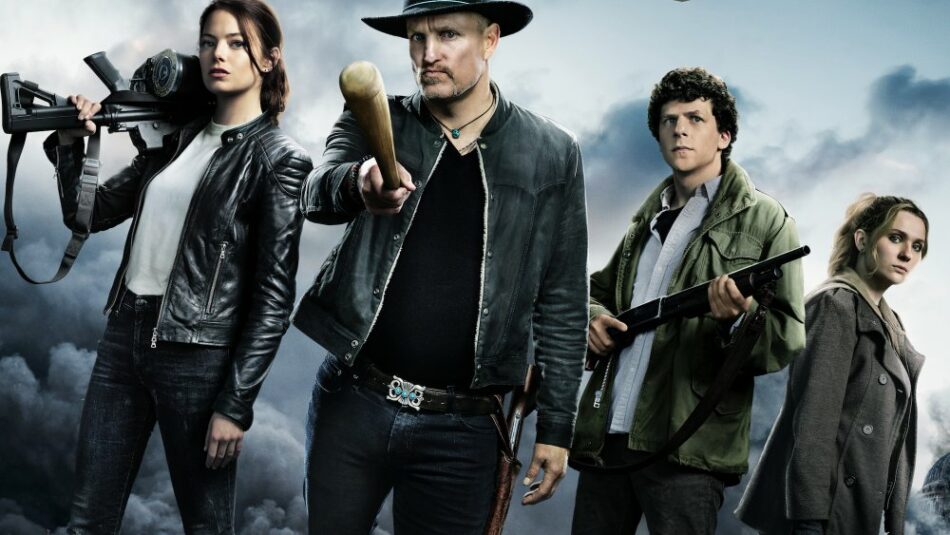 2009 feels like a distant age when Barack Obama was just elected president and Emma Stone was ‘the girl from Superbad.’ No one could’ve predicted the career turns each of the four mainstays would enjoy.

All four actors (Emma Stone, Woody Harrelson, Jesse Eisenberg, and Abigail Breslin) received nominations for Academy Awards in the ten year period between these two movies. Yet, here they are launching grenades into masses on undead and cracking jokes about Elvis. While it’s original never goes too far from it’s emotional center this sequel strays off the beaten path quite a few times for more elaborate self-aware jokes.

Zombieland: Double Tap loses much of the shine of its original by doubling up (literally) on what made the first one work proving it to be a one-off idea held together by it’s stellar cast and action-packed direction.

Zombieland: When the Apocalypse was Fun and Ultimate

Our little post-Apocalyptic family finds themselves living the good life. A nice White House to call their own and some relatively stable living help tie everyone down a little too much for their own good. Eventually Little Rock (Abigail Breslin) abandons her sister Wichita (Emma Stone) for Berkeley (Avan Jogia.) She craves people her own age. With the lush comfort of her previous life she strikes out with him to try out a new hippie lifestyle.

Meanwhile Columbus (Eisenberg) and Wichita’s blossoming romance wilts under the pressure he applies to tie her down. She, like Harrelson’s character Tallahassee, needs to roam and she can’t do it married to Columbus living at the White House. They set off to find Little Rock and save her from the pacifist hippies.

In the ten years since Rhett Reese and Paul Wernick cowrote the original film they’ve dived deep into the meta humor with Deadpool. Maybe a little too deep. This sequel never quite reaches the same level of awareness but the same everything-is-a-joke attitude pervades the entire film from beginning to end costing it much of it’s beloved heart.

The Cast Keeps Getting More Ridiculous 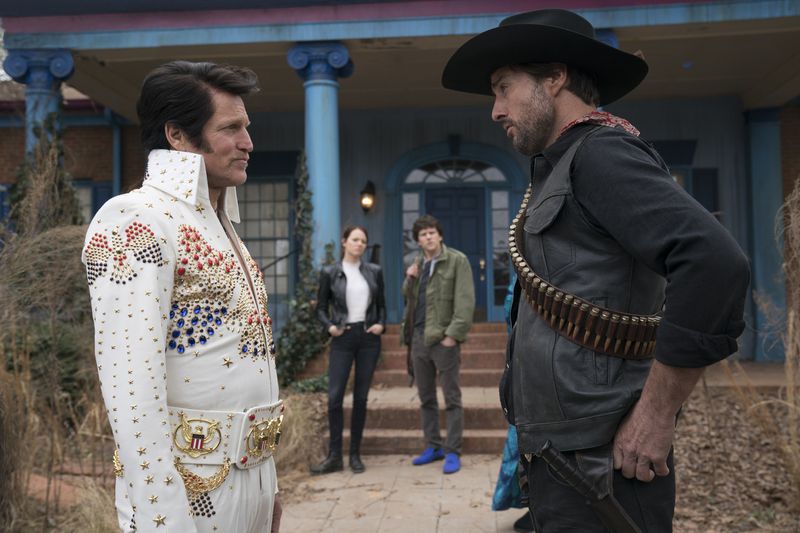 Everyone shines in this film. I imagine half the reason this film exists is solely because they all loved shooting and improvising scenes together for a month and some change. This time the film’s evenly split between all four characters until it makes room for some new additions. Zoey Deutch joins the crew as the dim-witted valley girl Madison who’s utter buffoonery gives a good laugh at first, but after awhile it just feels like she’s a punching bag.

Her character never moves past droll delivery of valley girl-isms while everybody else makes fun of her. Same goes for Avan Jogia. He’s never really anything more than a stereotype and a joke. Which is too bad because we already have the origin story of the Zombieland family. A newcomer would be the perfect move to shake things up.

The movie takes too many detours for the sake of comedy. It’s joyful to watch Luke Wilson and Woody Harrelson go toe-to-toe (even better Eisenberg and Thomas Middleditch.) The character come and go so fast they barely make a dent in the story itself. Really they serve to illustrate the danger of the new zombie breed: T-800’s. Short of one delirious one-take the two actors never quite make it past a glorified cameo. Even Deutch’s character is wasted in the movie to little effect.

Not Quite at the Level of the Original

Rheese and Wernick aren’t the only ones who’ve been working in the movie business for much longer now. Ruben Fleischer’s back to his more riotous laugh-along zombie jokes after a “unique” perspective on Venom. His simple camera style serves up the same dynamic font we got from the first movie. Large pieces of Zombie massacres occur only this time around they feel more rote and less creative than their predecessor. The whole thing feels just the tiniest amount of forced.

Fans of the original may find comfort in the sequel. They may walk away feeling the faintest whiff of disappointment though and I’m here to explain: Double Tap lacks a strong emotional throughline. Very few character’s earn their arc and even fewer surpass the one-dimensional treatment created to service Comedy. While the sequel maintains the same level of zeal for ridiculous zombie murder it lacks anything more than the barest essence of a plot and diminished characters.