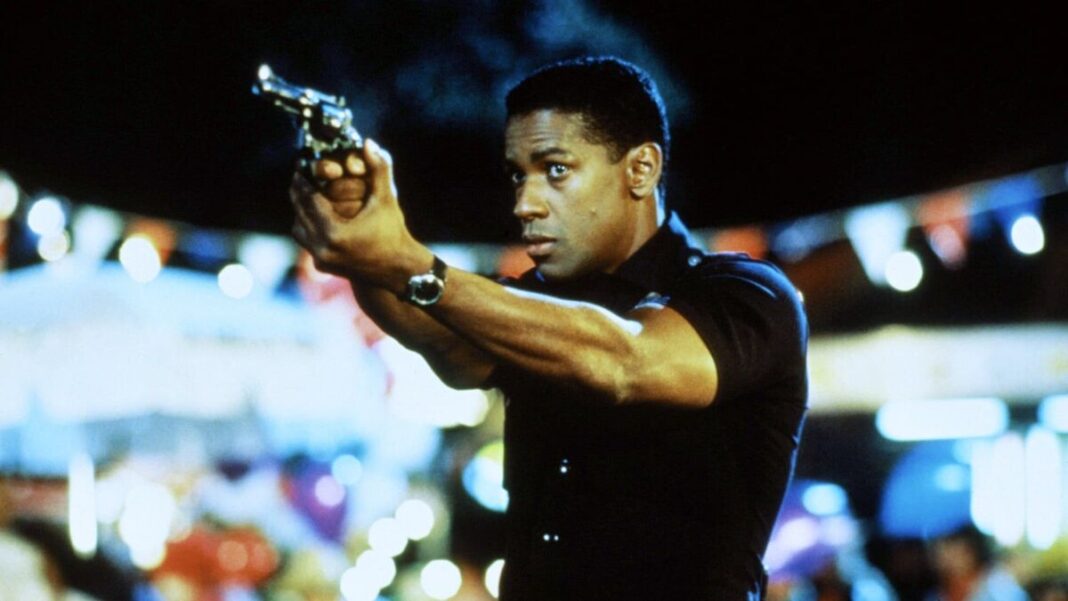 Remembering the feverish delirium of violence and madness that was ‘Ricochet’ (1991). 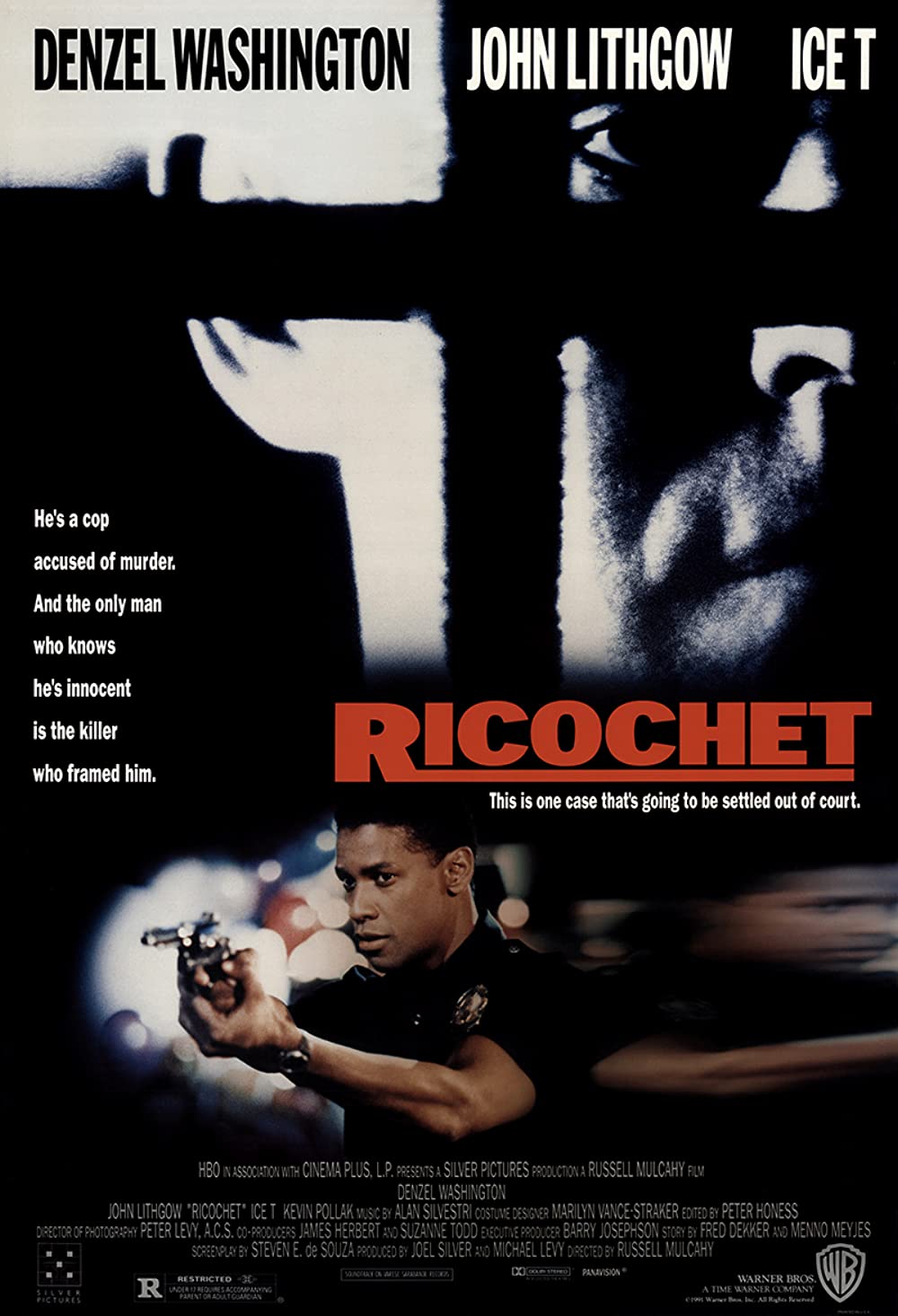 Russell Mulcahy will forever be beloved by action fans for Highlander. After the colossal failure of the sequel in 1991, he redeemed himself in the same year with Ricochet. Teaming up with genre expert writer Steven E. de Souza (Commando, Die Hard), John Lithgow and rising star Denzel Washington for Ricochet, he created a totally bonkers action thriller masterpiece.

LAPD officer Nick Styles (Denzel Washington) captures psychopathic criminal Blake (John Lithgow). The arrest is filmed, and the publicity helps Styles to rise through the ranks of the department, eventually becoming assistant district attorney several years later. During his stay in prison, Blake becomes obsessed with taking revenge, and when he escapes, he is hellbent on the utter destruction of Styles’ life and sanity.

This sound like a generic cop/revenge thriller type of story? Maybe, but what Mulcahy made of it is a film that is in total overdrive mode almost every minute. It’s not an all-out action fest, even though the visuals and characters are firmly rooted in classic action genre territory a la Die Hard, with the mandatory overabundance of testosterone-charged men.

A Feverish Delirium of Violence And Madness

This is especially true for our main protagonists who are intensely portrayed by Washington and Lithgow, and the two are almost solely responsible that Ricochet works so well. Ever since The Adventures of Buckaroo Banzai Lithgow’s true calling was to be a villain in movies, and in Ricochet he goes just as nuts, a cold-blooded psychopath with a piercing stare. He goes so over the top that he frequently rivals Gary Busey’s best moments.

Washington also gives it all, even though he is not a complete psycho cop, but also a family guy and city slicker. He does get his fair share of wacky moments, and occasionally blows a fuse during his police work. Ice-T also joined the cast in one of his early roles. His character undergoes a baffling transformation from Style’s basketball buddy into drug kingpin who finally discovers his honor and agrees to help Styles in taking down Blake.

Both main characters are deeply flawed, with sadistic impulses on one side, and an overdose of pathological overconfidence on the other, even though there’s never any doubt who is good or bad in this film. Blake wants to get his revenge on Styles, but instead of just killing him, he creates a sophisticated sadistic scheme. A big chunk of the film is dedicated to Styles’ astonishing ordeal that leaves him mentally crippled. The sheer insanity makes it hard to take it all fully serious, but it’s a terrific setup for the final confrontation fueled by hate and rage on both sides.

A Beretta in the Butt Beats a Butterfly in the Boot

There’s only a handful of action sequences, but Mulcahy moves the proceedings at a swift pace, and makes sure you’ll be at the edge of your seat all the time. One absurd scene follows another: Washington takes off his clothes during a hostage situation,  Lithgow kills Jesse Ventura with a katana while both are wearing phone books as armor, and drilling tools are the weapon of choice during Blake’s escape from prison. Styles also shows unconventional negotiation tactics, when he walks into a drug lab with an unpinned hand grenade, to convince the gang that they better stay away from a newly built children’s center in the neighborhood for their drug sales.

Ricochet is an A-list production that was created from the crackpot pile of Hollywood scripts. I think it is a terrific film, just don’t question anything that happens, and just enjoy this feverish delirium of violence and madness.