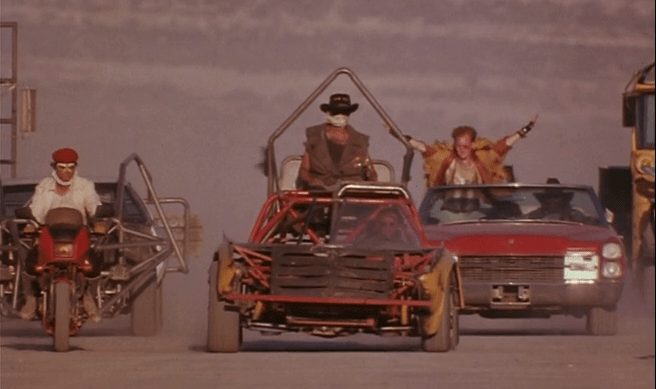 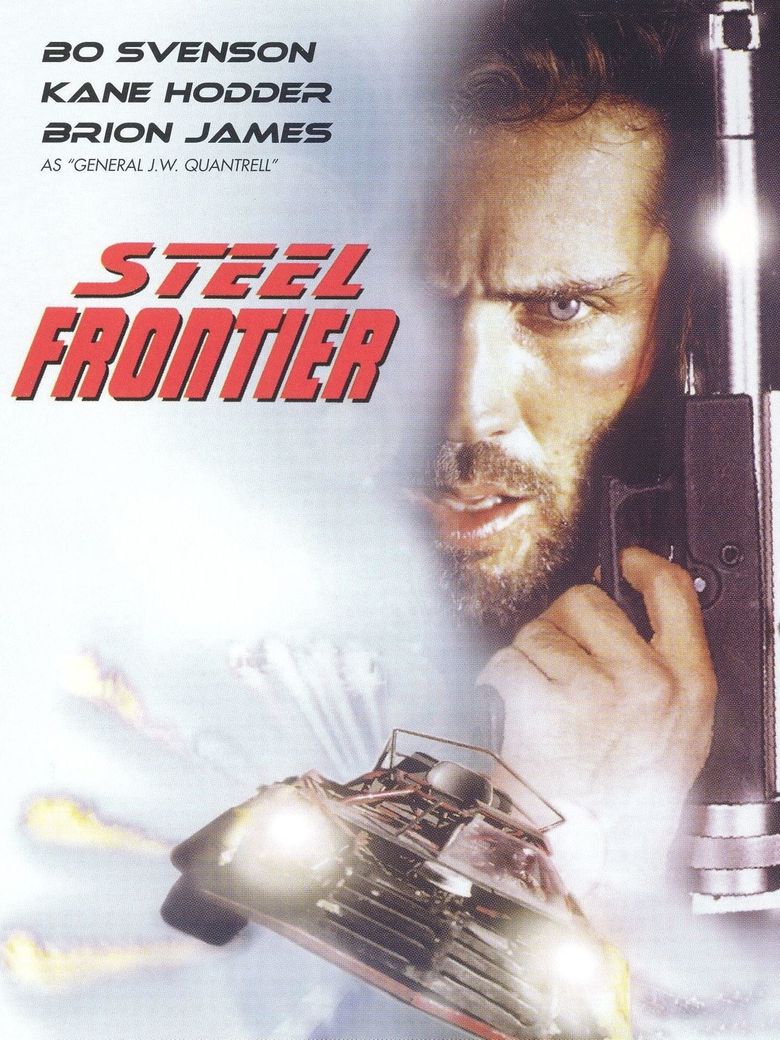 The prolific PM Entertainment group flooded the home video market in the 1990s with low-budget  flicks. Their work is unparalleled in output frequency, dumbness of scripts, but also awesomeness of low-cost action sequences. Most PM films used a standard action thriller template, but occasionally they ventured into the Sci-Fi genre, and films like CyberTracker and Hologram Man were all more than solid entries in their back catalogue.

Another one was Steel Frontier, their only excursion into post-apocalyptic cinema. Steel Frontier may seem like another schlocky action flick, but it turns out to be a far above average production for PM standards, and a pretty entertaining B-movie on its own. And I’ll be honest, I’ve always had a weak spot for it among all the PM movies I’ve enjoyed or endured, so this article may be a bit biased.

In a post-apocalyptic wasteland, the town of New Hope is the last safe haven for righteous people to rebuild civilization, until it is invaded by General Quantrill’s posse “United Regime Deathriders”. Lone gunman Johnny Yuma arrives at the scene, and gets entangled in the struggle of the townspeople against Quantrill’s motorized gangsters.

Many post-apocalyptic films have a Western vibe, but Steel Frontier literally paints it’s post-apocalyptic canvas with a ton of classic Western tropes. Director and writer Joe Hart does not proceed with subtlety in mixing the genres, poker games in a saloon are thrown together with radioactive giant rats and desert mutants. While I doubt there was much artistic ambition behind this approach, it gives the whole thing a naive charm, and almost has the innocent vibe of a kids movie if it was not for the R-rated violence.

The terrain of an abandoned steel mill provides an awesome backdrop for most sequences with some additional shots in the desert, and a giant junkyard for old tires that turns out to be a darn cool location for a couple of scenes. And instead of having one or two long action sequences with complete boredom in between as in many other PM films, Steel Frontier gives us a lot more variety in the action department. There’s plenty of classic Western-style action with fistfights and gun duels, and in the finale Yuma even goes all Django on his enemies with a big-ass machine gun.

PM Entertainment at its Best 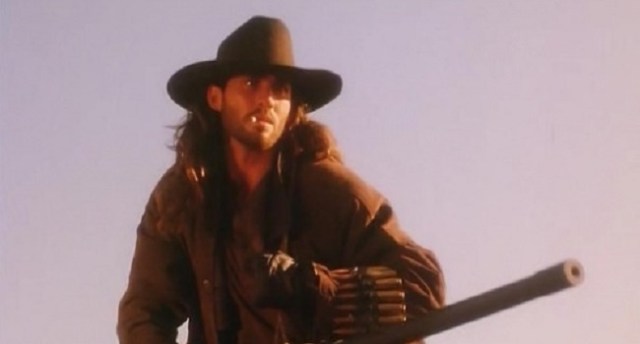 The gunplay is mixed with the traditional PM stuff, such as two awesome car chases in the desert and all sorts of things exploding. The absolute highlight of the action set pieces is the detonation of a huge chimney. It’s one epic beast of an explosion with a giant mushroom cloud, and had the honor of being the largest thing ever to be blown up in a PM production.

Joe Lara plays Johnny Yuma, and his character looks exactly like that is the only name which would fit for him, with a stylish long coat, waving long hair, and a perfectly groomed beard. Lara had a bit of a run in the 1990s with other entertaining DTV actioners like Hologram Man and American Cyborg: Steel Warrior. In addition to his movie jobs, he’s also a self-proclaimed musician, falconer, pilot and ex-model. In Steel Frontier he passes through every scene with a fairly mild-mannered attitude and a smile on his lips, certainly not your usual Max Rockatansky impression, but somehow it works.

The other big name in the film is genre specialist Brion James, who delighted action fans throughout the 1980s and 1990s with many great villain roles, and who left us too soon in 1999. It’s almost always fun to see him in a bad guy role, and in Steel Frontier he gets to go all in as leader of Team Evil. His role is not that big, he shows up in the beginning, leaves it up to his bunch of homicidal maniacs to thoroughly screw things up, and returns just in time for the big finale with a massive grudge against Yuma.

The film also features a couple of odd moments that every good B-movie needs, and of which I’ll mention just two to raise your appetite. The fact that Yuma has a Gatling gun hidden in the small seat of his motorcycle, which only he can activate remotely by calling its name “Angel”, is a nice touch. And during the finale, a woman defending the camp faces one of the bandits. They seem to recognize each other, and he stutters “Mom?”. Both set out to hug each other, but the kid is shot in the back three seconds later by one of his fellow gang members, who in return gets shot immediately by the mother. That is Ancient Greece level of epic tragedy right there.

Just like in virtually every PM film, there is not much originality to be found, but the mix is as good as it ever got for them. Steel Frontier moves at a good pace with plenty of action and other thrills, has a nice variety of sets, and only slightly cheesy dialogues. And if you can enjoy the simple pleasures of explosions and car stunts, it’s almost a must watch.