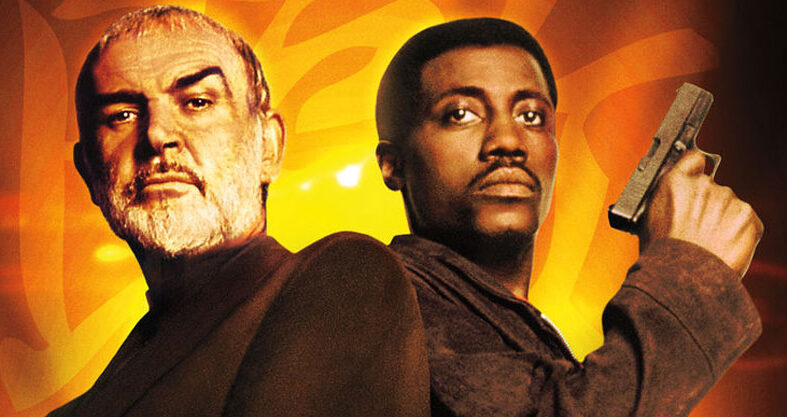 Marred with controversy upon its release, we look back at Rising Sun (1993) to see how it ultimately stacks up today. 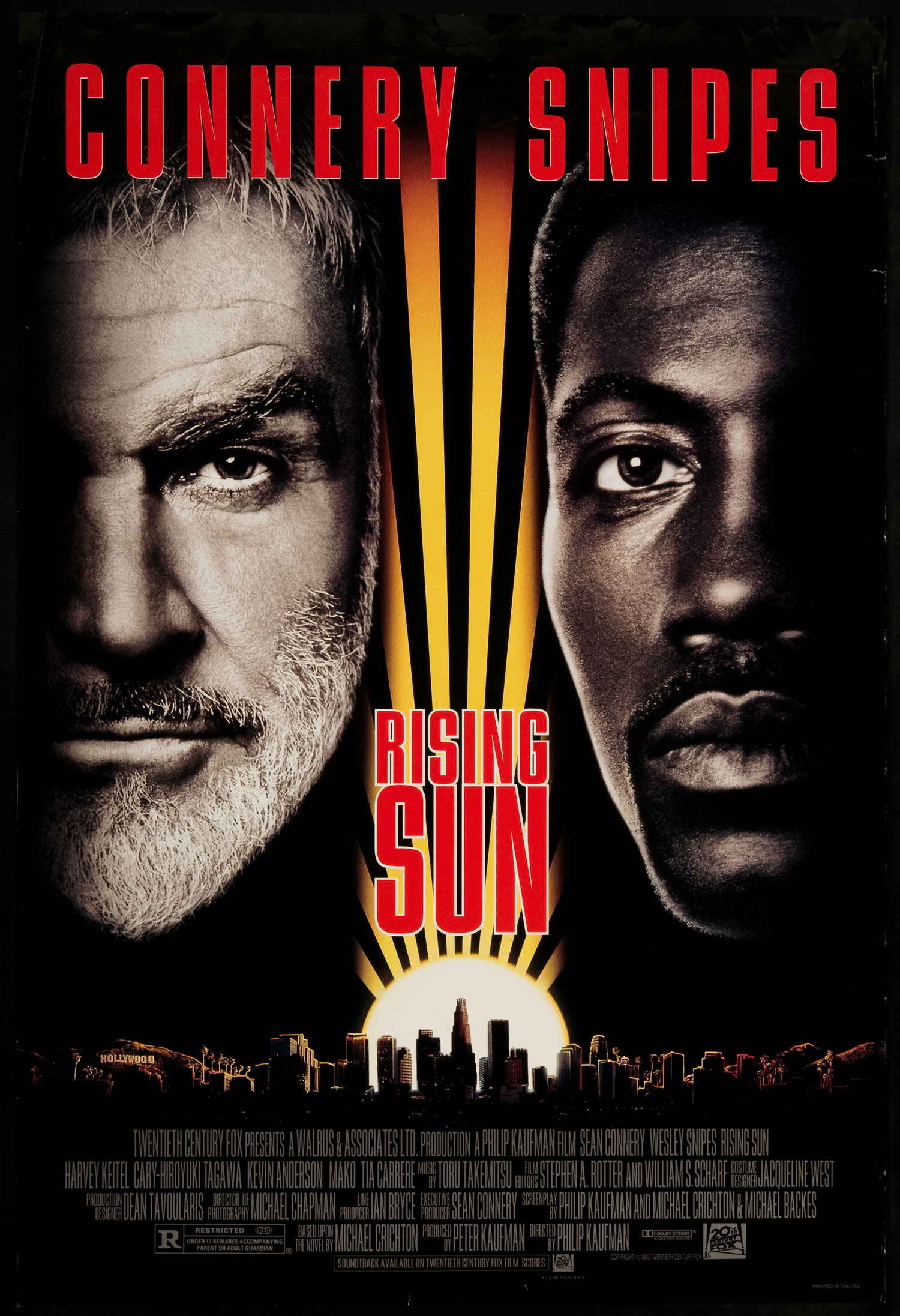 Back in 1993, Wesley Snipes and Sean Connery starred in Rising Sun, which was a movie adaptation of the Michael Crichton novel by the same name. The book was a best-seller, with Crichton being well known for his fascinating stories such as the Jurassic Park series. Not only this but Rising Sun was directed by Philip Kaufman who was the director of the Indiana Jones series. With this in mind, Rising Sun was created on solid ground.

What is Rising Sun about?

So what was this movie about? The plot revolves around an escort that mysteriously died in the building of a Japanese corporation. It is up to Connery and Snipes to solve the murder, with the former playing John Connor and Snipes playing Webster Smith, both being detective partners in Los Angeles. Although the film was based on crime solving, the title also suggests a deeper meaning; as the story often delved into the cultural differences between Japan and the USA.

Another key feature of Rising Sun is the character development between the pair. In a typical cop-movie fashion, it explores the relationship between Connor and Snipes, with Connor being an old-school cop with old values, whilst Smith shows the newer side to policing. During the early ’90s, a number of similar films were released that centered around police partners, so Rising Sun was nothing new in this sense.

How did Rising Sun do commercially and critically? 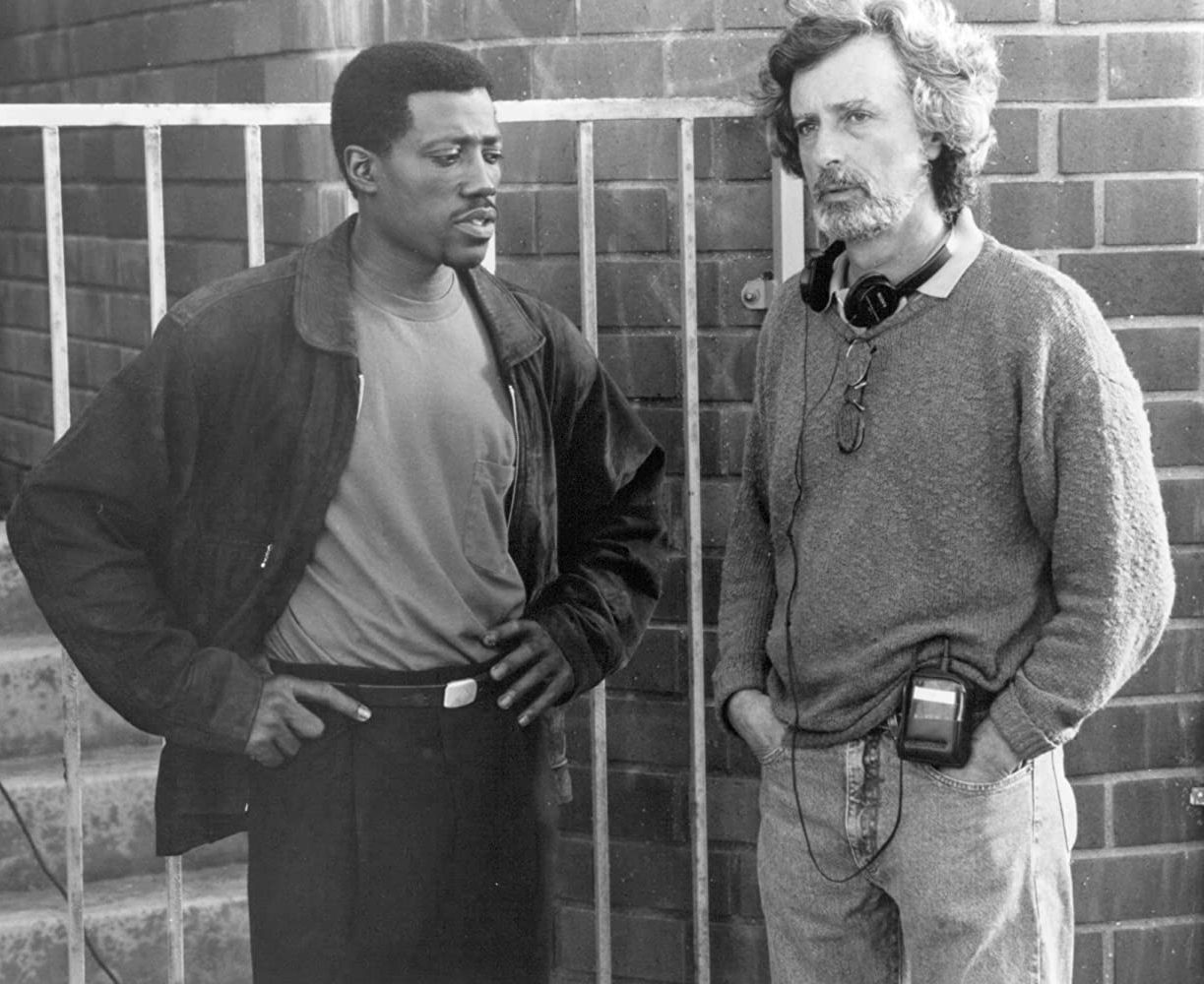 Overall, Rising Sun did well at the box office, but this wasn’t a surprise given the circumstances. Back then, Snipes and Connery meant an almost guaranteed financial success. It cost a reported $35 million to produce, and grossed over $107 million globally. This turned a healthy profit. However, in fairness it could have been a disaster of a movie with these two involved, and still generate a solid profit.

At the time of release, Rising Sun was released to mixed reviews. One reason for this was that it was branded ‘racist’ by some critics due to its supposed ‘anti-Japanese’ message. Of course, relations between the two countries are not bad, but at the time there was some tension there. In brief, some claimed that this movie was actually a propaganda piece. Whilst this criticism may have been valid at the time, I’d say that looking back it’s not really relevant anymore and so isn’t as applicable. With this critique out of the way, it turns out that Rising Sun is actually a decent film and has decent pacing throughout.

The 13th Warrior: The Most Ultimate Action Viking Movie Ever!

So, why did Rising Sun have such anti-Japanese themes? 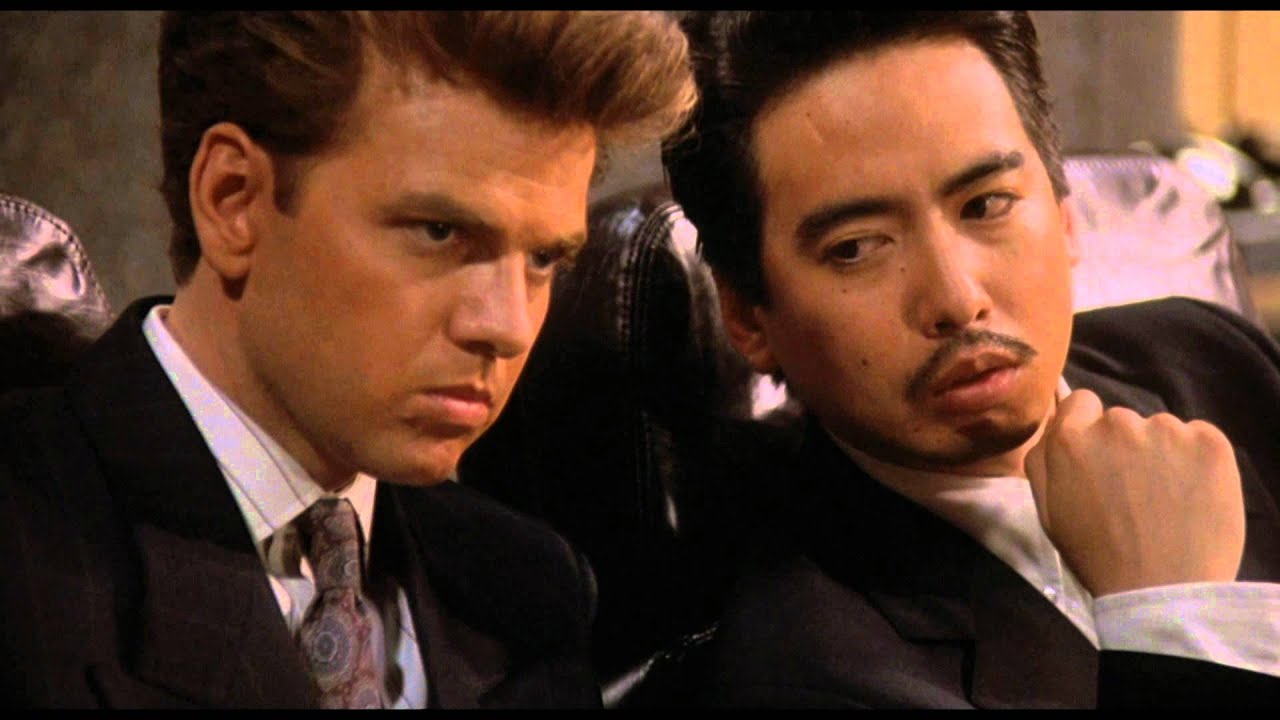 As touched upon, Rising Sun did have some genuinely anti-Japanese themes at times and this didn’t sit well with many. Again, as mentioned this is all in the past now and the two countries are quite close. However, back in 1993, there was a genuine concern that Japan was trying to replace the USA in terms of global power. For instance, Japanese countries such as Sony were beginning to dominate the electronics industry, whilst Japanese businesses started to invest heavily into US businesses. Some argued that this undermined the US economy.

A book named The Coming War With Japan was released that predicted a literal war. Thankfully, this never materialized and these days can be put down to paranoia. However, at the time these ideas weren’t viewed as crazy. Interestingly, this sentiment can now be applied to modern-day China, albeit critics will tell you that today’s theories are probably more appropriate. This shows that Rising Sun was relevant to its time, and also that the claims of US propaganda were probably true.

How does Rising Sun hold up these days? 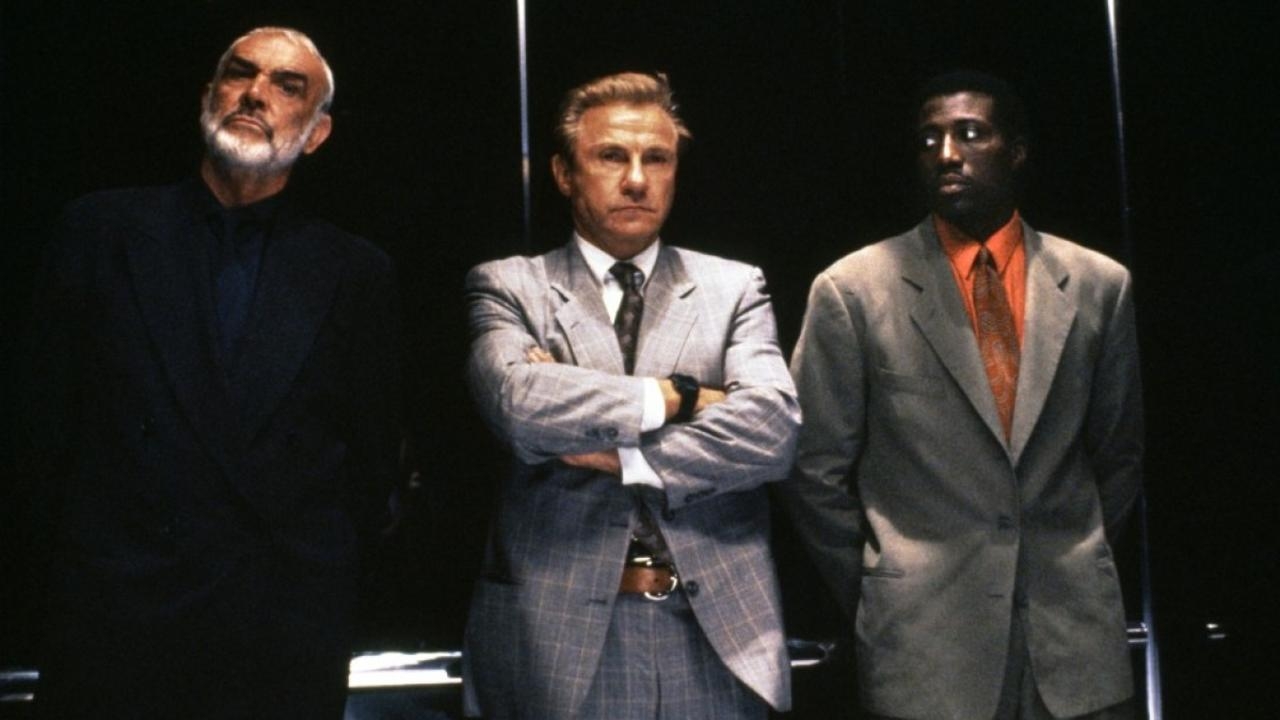 Re-watching Rising Sun nearly 30 years later, it’s clearly dated in some parts. For instance, there’s a scene with Connery and Snipes which shows advanced technology that uses Photoshop-type techniques. This is almost comically dated by today’s standards. However, in fairness, back then this would have looked visually striking.

Not only this but the general filmography also looks old. For instance, the camera work seems grainy at times, the baggy suits scream ’90s and the entire vibe seems like a bygone era. With this said, it’s difficult to imagine that this year was released merely 2 years before Heat. Whilst it’s harsh to compare it to such a classic, the point remains that the cinematography doesn’t hold up as well. In fairness to Rising Sun though, it does capture the little details nicely though. Although it’s dated now, the smaller things like Wesley Snipes watch shows that a lot of thought and attention went into getting the props and costume work on point to make it feel more realistic.

In terms of its soundtrack, Rising Sun also delivered. The entire composition was created by Toru Takemitsu. Takemitsu was mostly known for his work in Japan and gained a reputation for creating moody, atmospheric scores. In this movie, he used the Urhu, a Chinese string instrument to create tension and mystery. It was a good idea to involve Takemitsu in the project and as a result, the soundtrack was spot on. In an era where many soundtrack’s failed, this one hit the right notes.

Elsewhere, Rising Sun’s plot is still more than good enough. For instance, it combines the formula of action and thriller nicely and the chemistry between Connery and Snipes has been done before but it still works well enough. This film is also just over 2 hours long, so it’s not short but the pacing is good enough for it to work. Lastly, the twists and turns throughout should keep enough people entertained and make it a bit more interesting.

The legacy of Rising Sun 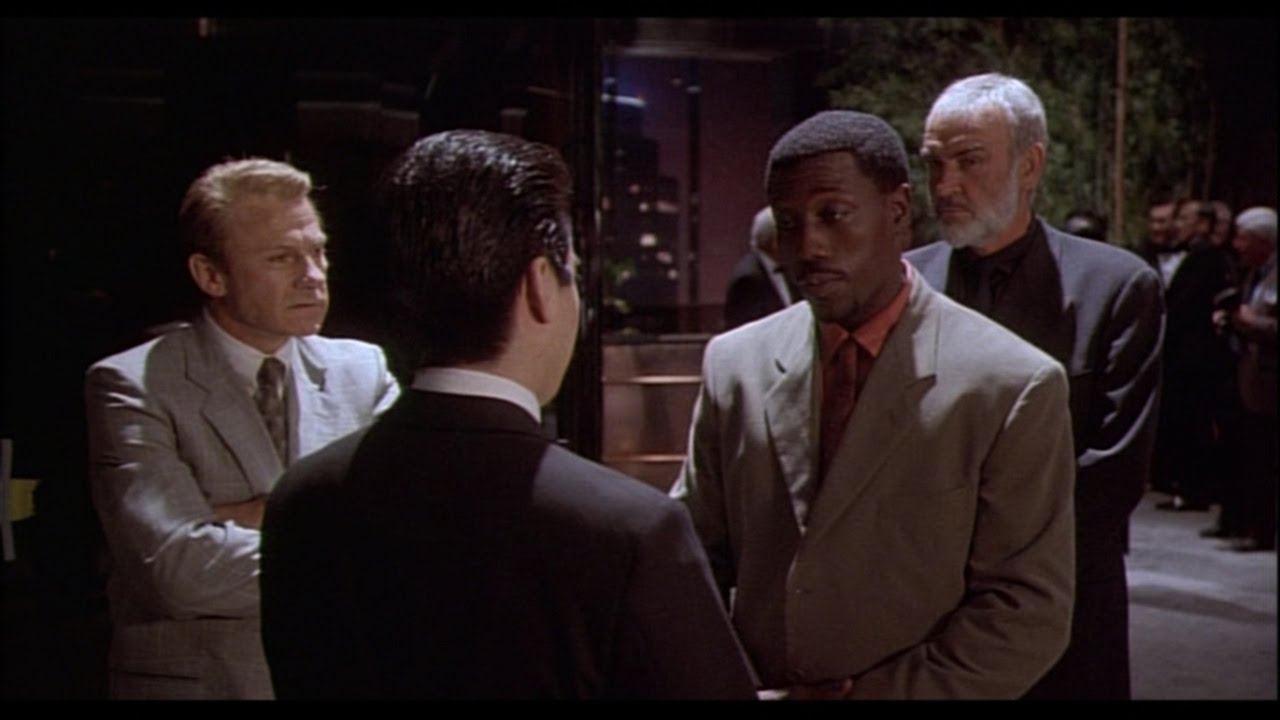 Sadly, the legacy of Rising Sun will always be tainted by anti-Japanese sentiment. However, if you can put these ideas aside and focus on the actual film then it is very much enjoyable and a solid flick. It’s no surprise that Connery’s career continued to be successful, whilst Snipes also kept hitting home runs during this time period. Although their success wasn’t based on Rising Sun, it certainly didn’t harm their careers either and proved their versatility in different roles too.

In conclusion, Rising Sun is a good film, although it’s certainly a bit different too. Whilst this film isn’t considered a classic, it’s by no means a poor film either. Because of this, if you want a bit of nostalgia and want to be reminded of life in LA during the ’90s, then Rising Sun may be worth a go.