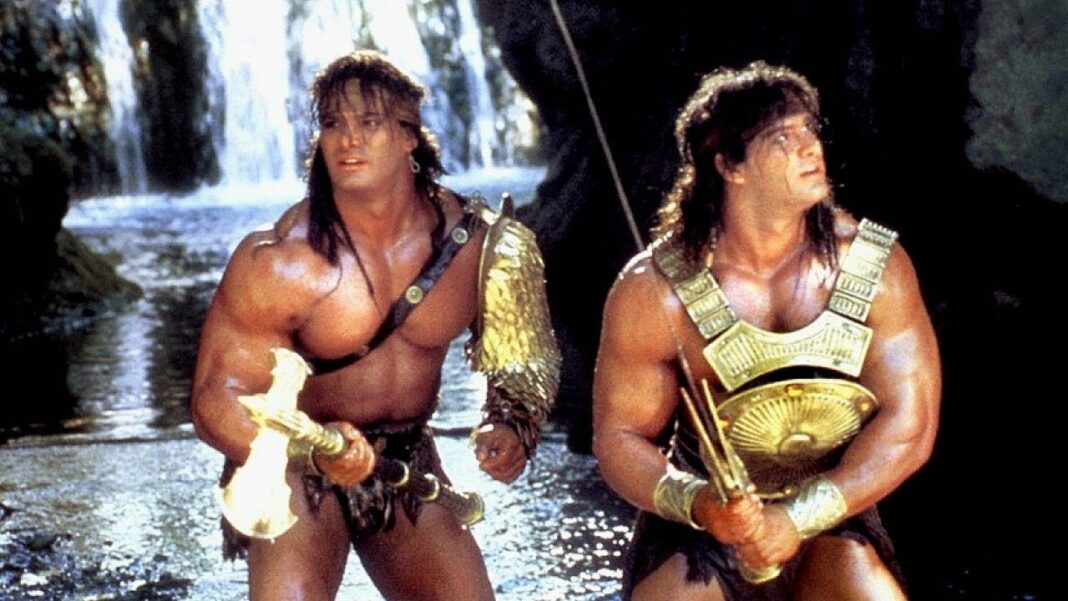 The Barbarian Brothers in the role they were born to play is Cannon Films greatest triumph of disappointment. 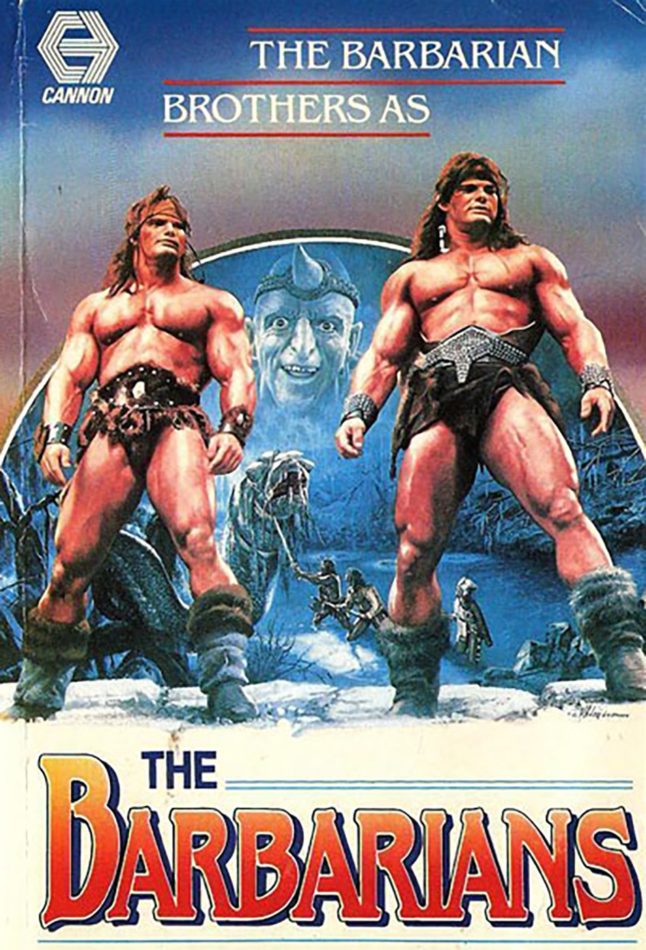 I’m too far in at this point. I honestly can’t decide on the concepts of “good” or “bad” in regards to film these days. Do I love bad movies because they’re secretly good, or do I hate good movies because they’re secretly bad? I’m too far gone by this point to get my head around a film like The Barbarians. It’s a beautiful, awful trainwreck of an action movie that is both a huge disappointment and a masterpiece at the same time.

Cannon Films, in all of its ultimate flame-out glory, really outdid itself with this one. Yet, as is the case with Conan the Barbarian or any other similar film of this golden 80s/90s action era, it’s entirely not surprising in the least. The Barbarian twins, with their classic wrestling persona shticks, are in perfect contrast with a film of the scale and scope that – if it were released today – would give Mad Max Fury Road a run for its money in terms of production quality… In one scene, but then not the next.

So, hang with me while my brain melts trying to decipher if The Barbarians deserves to be remembered as the crowning achievement of Cannon Films’ ultimate filmography, or if it should be buried deep under its long enshrined casket.

Ok, to be upfront and completely fair I do have to say that I love the Barbarian Brothers. I love the fact that they exist and that we have cinematic evidence of just how ridiculous yet likeable they were on screen. (I have to speak past-tense about them though as David Paul sadly passed away in March 2020, yet their legacy will forever shine ultimate and bright.) And I love the fact they’re real ultimate action cinematic introduction is The Barbarians – where we get to see two scrawny boys grow up into Schwarzenegger-esque bodybuilders through one swift flashback.

Also, in a world of fantasy and make-believe where they grow up in confinement being whipped and lifting rocks, they also develop sharp lipped Brooklyn accents and street-smart sass that you’d normally only develop from years of watching Ninja Turtles cartoons.

And, despite the obvious flaws, redundancies and idioteque nature of their characters, it absolutely works. If they were anything else I would turn the movie off right away, but they’re simply the best. If anything The Barbarians fails them by not finding magical ways to make their schtick fit within the beautiful mess that is the film. 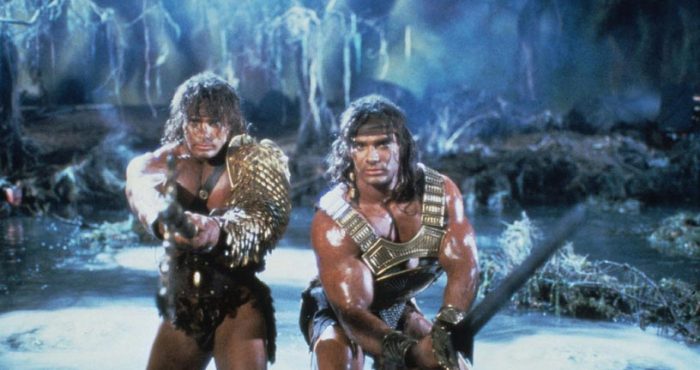 All that being said, it doesn’t work in this film at all. Yet, also, it does. Again, I don’t understand it. These two Ninja Turtle wannabes are from Brooklyn, but also they’re orphaned nomads who have grown up in captivity in a fantasy hellscape world which has set pieces bigger and more lavish than anything Arnold ever starred in when he was starting out.

The sword and sorcery world is established early with a very long and in-depth intro sequence that sees our good guy performing gypsies get captured and ambushed by the evil tyrant Kadar played stubbornly by Richard Lynch. We also have a motherly queen Canary played by Virginia Bryant and a beautiful and sisterly sidekick played by an up-and-coming Eva La Rue.

The rest of the cast and crew appear to be non-English speaking Italian actors tasked with matching styles and performers with a mix of trained American actors plus… you know, the Barbarian brothers doing their bash bros routines. And again, it’s a mess and it bogs in every scene which can only be saved by some beautiful landscapes, fantastic sets and AGAIN, the Barbarian Brothers.

But, is it Ultimate?

So, the crux of my issues with the film simply come down to whether or not it’s ultimate and – frankly – if I like it or not. I do like it I think, but I also think it’s awful. It can be very hard to get to at points. The film spends a great deal of time setting up this fantastical world with its long sword and sorcery opening that leads up to the odd, yet great, yet faulty reveal that the stars of the film are the brothers.

From there, we do get to finally go one some adventures with the duo as they battle dragons and cave creatures and evil sorcerers, the whole time launching as many knucklehead jokes as they can cram into every line of dialogue. And it’s funny! Their jokes seldom land where they’re supposed to but damned if they don’t land where it’s the most enjoyable to hear.

The fights are big, if not the best choreographed. But from a first film for these action stars you wouldn’t quite expect much more. Perhaps the worst, or saddest, part of watching the whole film is simply realizing that, as it so obviously flails and fails on screen, this is why the Barbarian Brothers would never quite become a thing – instead to be cast off as a Cannon Films joke rather than celebrated as a Cannon Films triumph to be remembered with the likes of Arnold and Van Damme. Instead, we’re left with this beautiful career ending and defining mess that is The Barbarians.