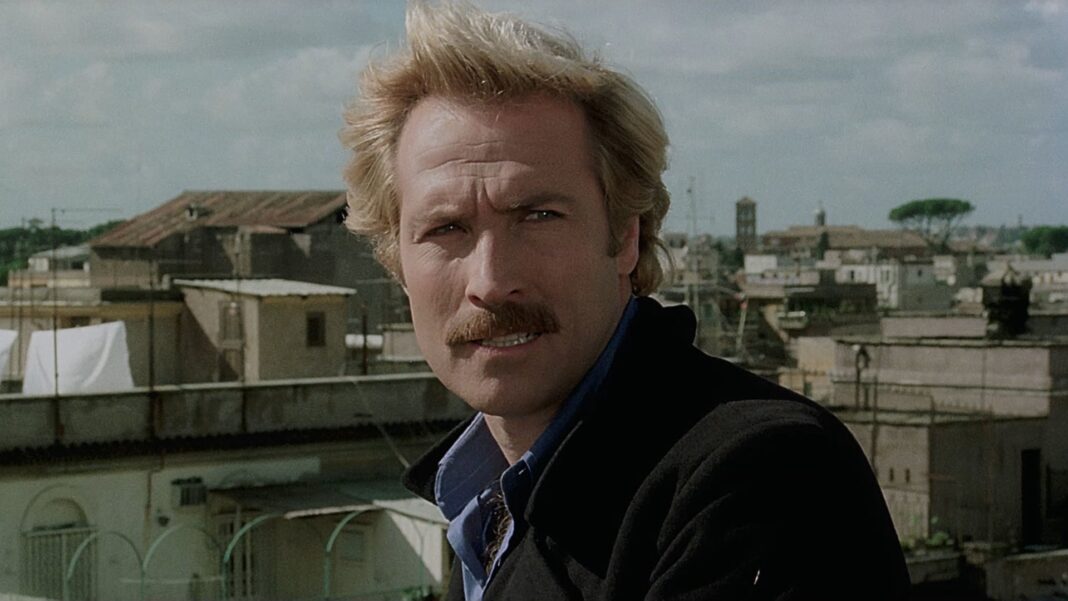 Umberto Lenzi’s The Cynic, The Rat, And The Fist delivers solid thrills as a late-cycle Eurocrime entry. 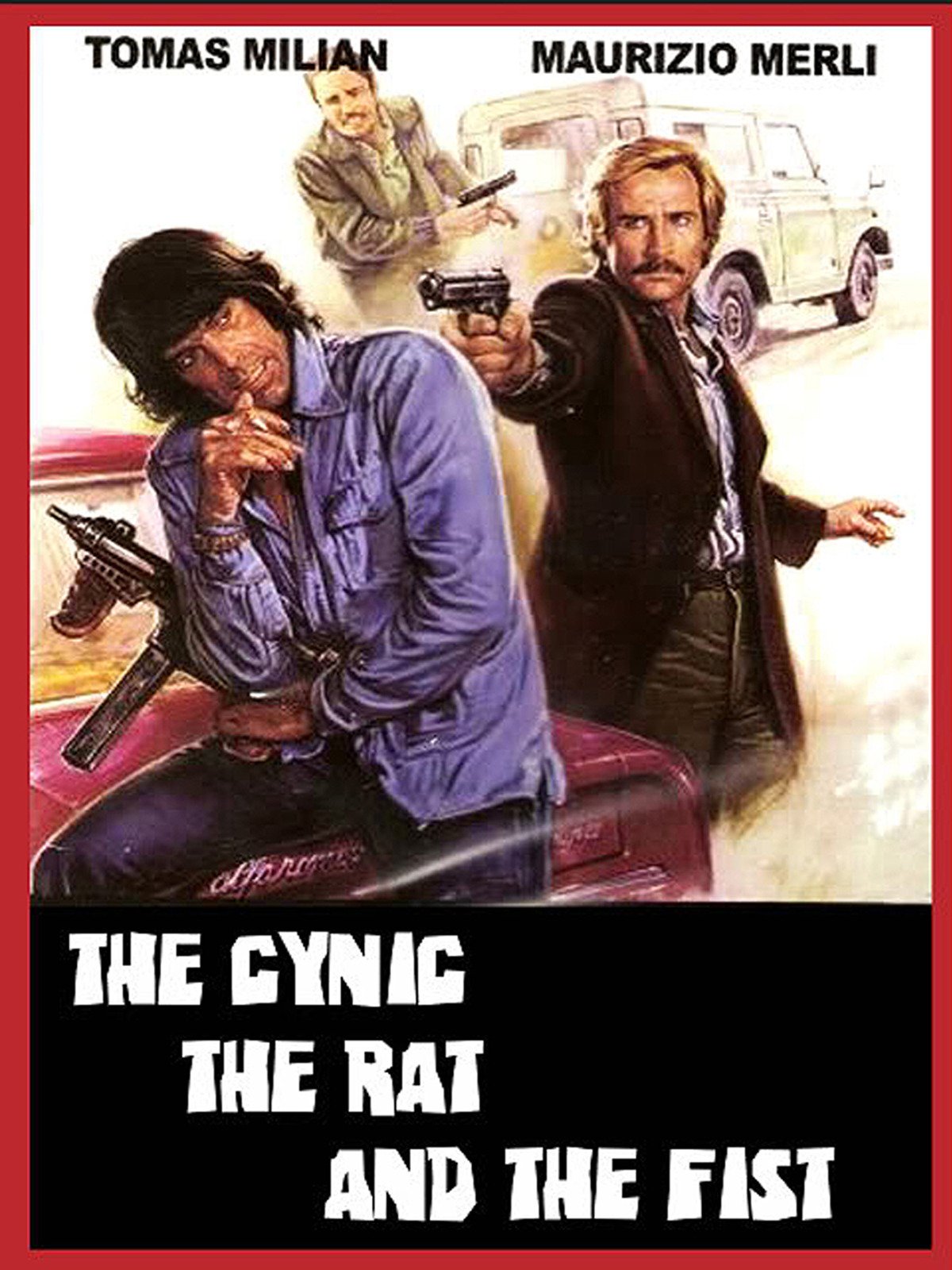 This movie! Wow. The first minute made me pause the film to look up crime statistics in Italy in the 1970s. 15 seconds in a woman gets her purse snatched in a violent manner. Over a forward-charging, dynamic score, courtesy of Franco Micalizzi, we are treated to a street view of Rome from the roof of a police car, a shot that might have influenced the opening sequence of Police Squad.

30 seconds in. A car pulls up and a man gets out and saunters to a storefront display. The man smashes the glass, grabs handfuls of jewels, jumps in the car, and the car speeds off.

Here’s a few highlights of what the Google search on Italy’s troubled yet exhilarating 70s returned:

Understandably, in such a chaotic environment, you need a hard-nosed no nonsense super cop who absolutely will not put up with the shenanigans of extremist groups and/or hippies. A cop who makes a weapon out of a fire extinguisher, a chair, or his bare fists. Now, when we’re introduced to Leonardo Tanzi (Maurizio Merli), he’s not a cop anymore. He’s turned in his badge and is now a book editor.

The Cynic, The Rat, And The Fist

But the police sirens he periodically hears outside the printing factory he works out of keep beckoning him. Things are happening in the streets of Rome. So many longhairs making trouble for the decent, law-abiding folks. So many shaggy-haired punks knocking over banks and jewelry stores to finance bombings and kidnappings. Also, there’s the immediate threat of the Chinaman. Tanzi’s testimony was crucial in sending crime rising star Luigi “Chinaman” Maietto to prison a few years ago. Maietto has not forgotten this insult, and the setback it cost him in becoming the kingpin of Rome, and he’s barely completed his prison escape before he’s already put a target on Tanzi’s back. Tanzi gets a warning call from his former boss, Commissioner Astalli (Renzo Palmer). But no worries. Tanzi turned in his badge but not his gun. Tanzi takes out a .45 and checks the load on the magazine as two armed thugs walk up the steps to his apartment…

The pacing of Cynic is forceful. You might even say it’s aggressive in its race to the end credits and the final showdown between Tanzi, Maietto and Frank DiMaggio (John Saxon). One thing Eurocrime films do extremely well is story structure. Through these writeups, I am realizing now, I’m on a quest to quantify what makes an action film effective. Pacing is a crucial criteria, and Cynic excels in this element. The editing, the score, the violence, the way exposition is parceled out. All the cinematic elements serve to create the sense of an impending clash between eccentric, hyperbolic characters. There’s a zest, a vitality to Eurocrime that makes it a pleasure to watch. In Cynic we also have the blurring of the personalities of the main characters so we’re not sure who is the Rat, the Cynic or the Fist of the title.

Tanzi is the good guy by default as the former cop, and because of his pathological hatred of criminals. To Tanzi, a member of the Red Brigade is no different than the psychotic Chinaman, who imparts multiple fractures to “clients” who fall behind in their payments for “protection.” Or Frank, China’s competition for Rome’s criminal throne. Frank enjoys tying up people who skip on payment for “protection,” and chucking golf balls at their faces before letting his massive spotted Great Danes maul them to death. The tactics and goals of Frank and China are not the most original, but a complex, ambitious character study would interfere with the energetic  pacing that a few simple cinematic strokes can do. We see and hear enough of them to know it’s a terrifying future for this fine Mediterranean country if either one of these two becomes the head of crime.

The Nature of Italian Eurocrime 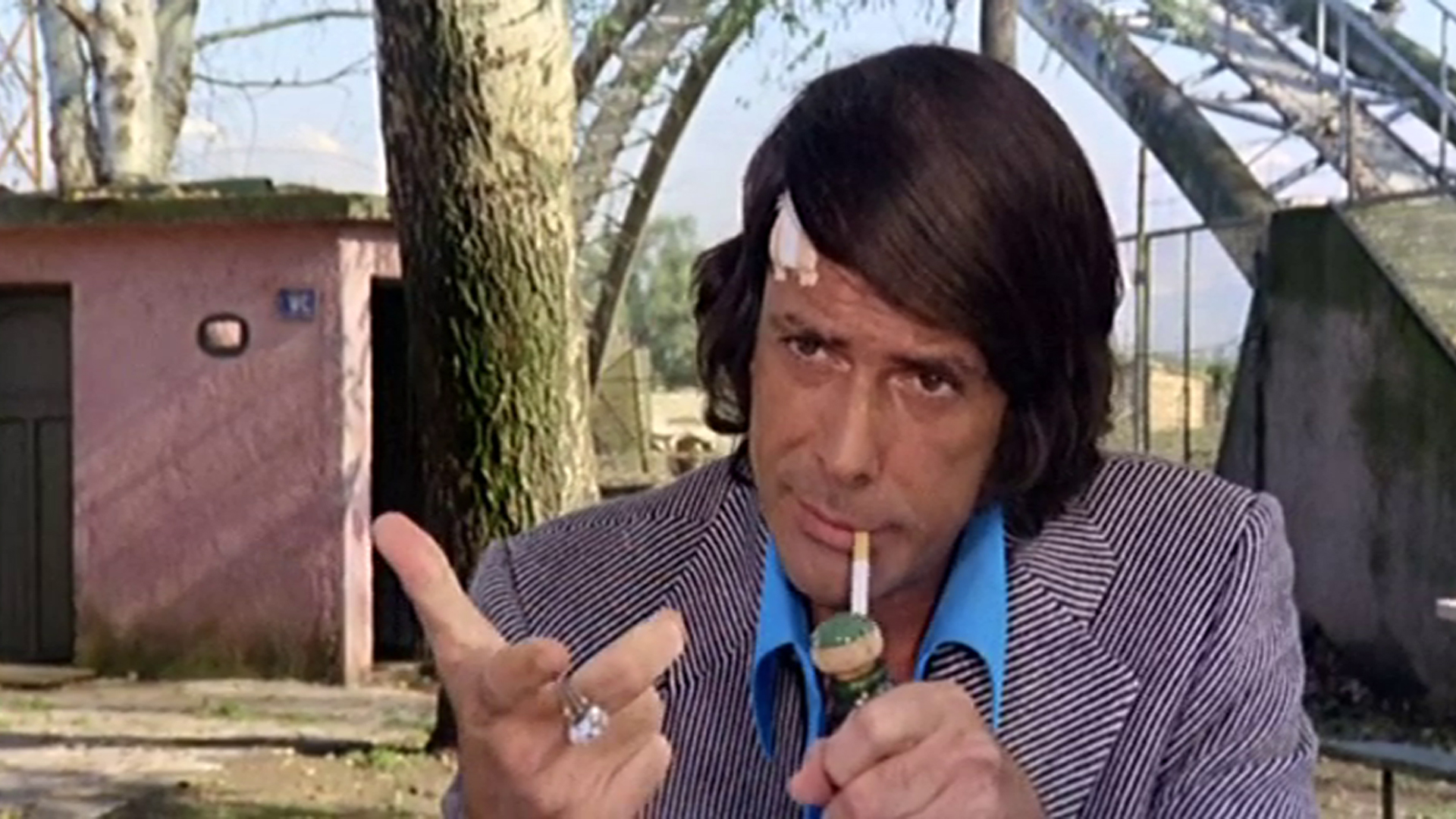 But lucky for Italy, and for our entertainment, the assassination attempt on Tanzi fails. Though injured, Tanzi is more irritated than hurt, and by letting the Chinaman believe he is dead and out of the picture, Tanzi begins a soft pitting of Frank against China through Yojimbo-style antics. As a blunt force instrument of law and order, Tanzi never bothers in changing his appearance as he goes about dismantling the respective street operations of these two men. Broad-shouldered and burly, with flaming blond hair, a paint brush mustache and a passing resemblance to Franco Nero, Merli punches, kicks, stomps and shoots his way through the ranks of underlings without mercy, disrupting the flow of money along the crime pyramid and causing unrest.

This lack of subtlety eventually gets Tanzi discovered, and the Chinaman goes on the offensive. But like Steven Seagal, Tanzi is hard to kill, and these attempts at eliminating Tanzi lead to thrilling action sequences on foot and on cars, on rooftops, restaurants and even in a discoteca. There’s a brief and amusing scene where the film takes a detour into the spy/thriller genre where Tanzi sneaks into an office building after hours, a la Mission:Impossible, and goes through a “laser” grid (red ribbons strung up across a hallway) to retrieve some documents.

But this is a minor blip on the flaw radar, compared to the more noticeable treatment of women. What few women there are in this film get manhandled and backhanded, and unfortunately this is a common trait of Eurocrime. Woke politics do not exist in this world, so be warned if you want to give this one a try. (Am I addressing a nonexistent demographic of movie watchers here? Are there movie fans out there that could enjoy classic action and embrace current identity politics at the same time?) 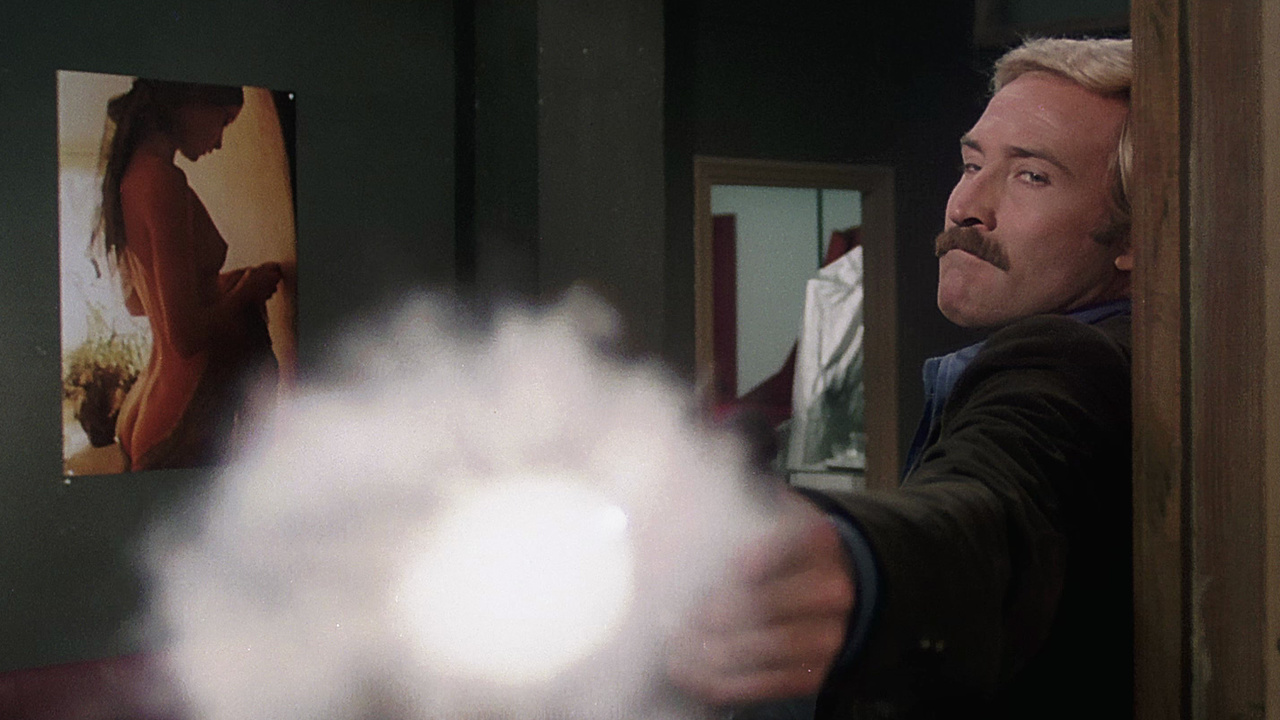 The Cynic, The Rat, And The Fist delivers solid thrills as a late-cycle Eurocrime entry. (The year of release places Cynic as latter-day Eurocrime. In the same way that Hair Metal, New Wave, and Grunge peaked and ebbed, Eurocrime is about to become a parody of itself. And Cynic just about managed to miss this.)

The film is stripped down to its essential moving parts, and pumps up Merli’s character as a juggernaut that interposes himself between civilians and lawlessness. A lot of the discount action heroes of the 80s and 90s were cut from the Merli mold, even if the writers and stars of these films don’t know it.

Cynic is both an entertaining watch and a socio-cultural time capsule of a turbulent time in Italy that until recently was still happening. Read about it! It’s fascinating, and it’s hard to imagine these films existing without the cultural upheaval around them.