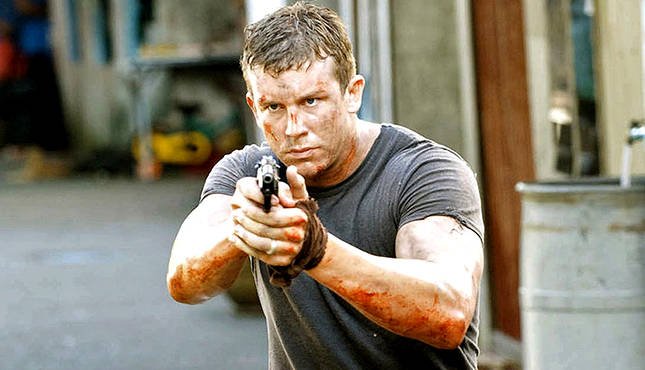 It might not always work, but damned if The Marine 2 isn’t just a great action movie watching experience! 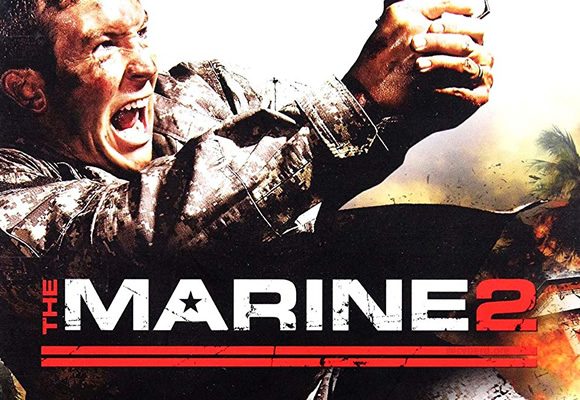 When you need a direct to video sequel made, who is the one person you can trust to get the job done? If you weren’t thinking of Roel Reiné (Hard Target 2, The Man With The Iron Fist 2) then you have to watch some more direct to video films my friend.

Reiné’s sequel-making talents began on The Marine 2. Although it’s the second film in the franchise, it’s not a direct sequel to the 2006 film The Marine. In this installment we see our lead John Cena replaced by his fellow WWE wrestler Ted DiBiase Jr. Reiné takes the series to Thailand with a fraction of the budget of the first film.

The film that he and his crew crafts is stripped down and very scrappy, although it doesn’t go without some bothersome faults.

During a very romantic getaway Joe Linwood (DiBiase Jr.) and his wife Robin (Lara Cox) are thrown into a violent hostage situation in the resort they are staying at. It is up to Joe, with the help of army veteran Church (Michael Rooker), to take out terrorist leader Damo (Temuera Morrison) and rescue his wife.

Reiné puts his money on the screen. He takes a real resort in Thailand and turns it into a battlefield. From beginning to end we get decently staged gunfights and mostly authentic pyrotechnics. Reiné knows what you’re here for and he won’t bother giving you anything less. In the early moments of the terrorist seige of the resort, he shows a decent long take of an action sequence. The sequence has some quick brawls and real explosions that may take you by surprise.

Roel Reiné gives you your money’s worth 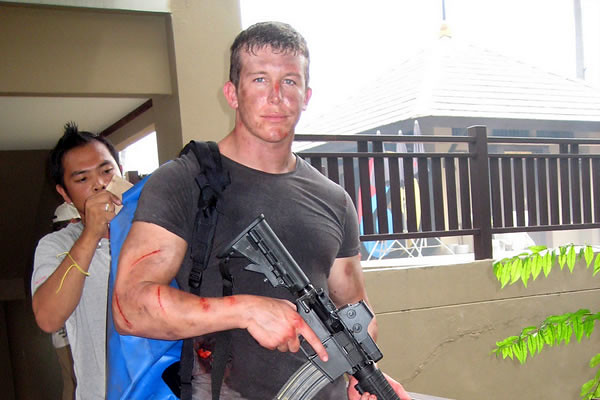 The brawls in the film don’t try to reinvent anything but a lot of the action is easy to follow. There’s a standout fight between Joe and two Muay Thai fighters. This fight features a series of long takes. Now it may be sloppy in some portions but there are some spots of good choreography which was done by Seng Kawee. He later went on to be stunt coordinator for ONLY GOD FORGIVES and DA 5 BLOODS.

My main point that I hope sticks is that Roel Reiné gives you your money’s worth of action. Some may not agree with some choices completely, I know I didn’t, but it’s hard to deny  the energy put into them.

There is a lot of drama that somewhat flails in the water. I found myself dreadfully bored of Ted DiBiase Jr.. Now I know it can be unfair to be judgmental because he isn’t an actor, but there isn’t an ounce of charisma in him. It makes me curious about how DiBiase Jr. was in the ring. His wooden like performance only stands out more when he shares the screen with the likes of Rooker and Morrison.

Both of them are not only having a lot of fun with their roles, they play them with a lot of life. They feel genuine in their characters. Morrison is almost too fun to watch in his final chase through a real village with DiBiase Jr. to the point that you almost end up rooting for him. 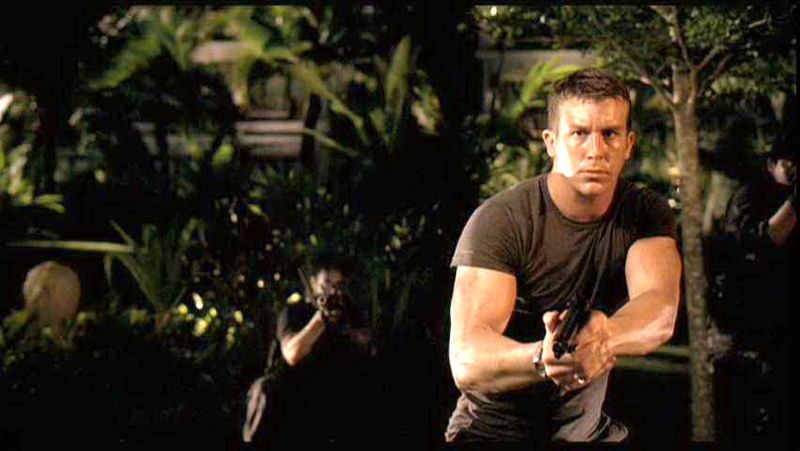