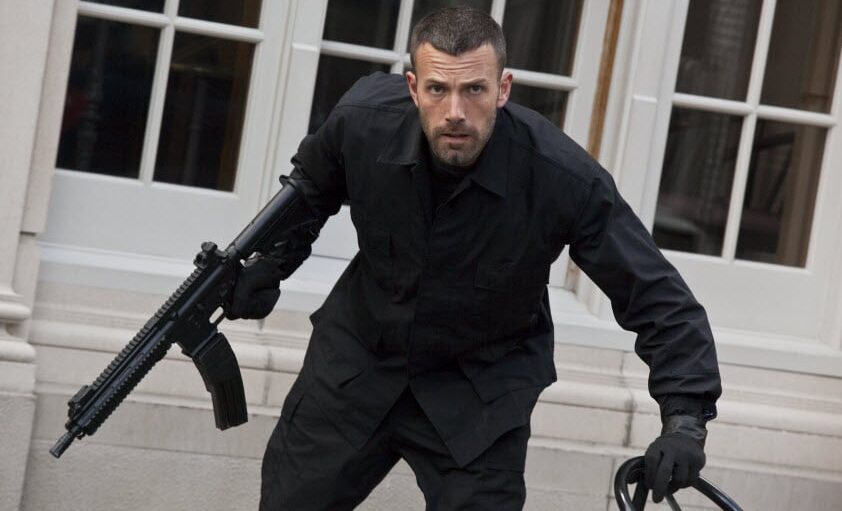 Ol’ Benny A takes his shot at the classic Heist Action genre! 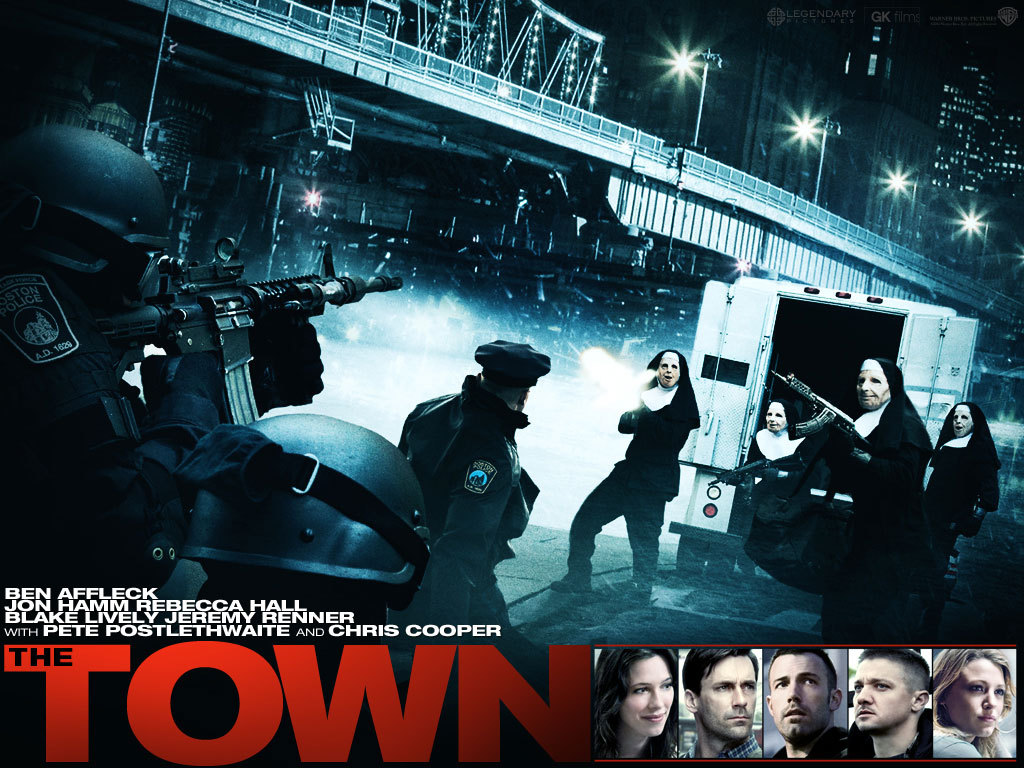 I’ve been on a bit of a bank heist kick lately. Don’t ask me why. There’s just something oddly reassuring to me about these types of flicks. They’re predictable, even in their unpredictable twists and turns (with the good ones at least). But they’re also just super familiar – we’ve seen the bank heist again and again throughout action cinema.

From some of the early attempts by famous filmmakers like Stanley Kubrick’s The Killing, to classic cinema staples Bonnie and Clyde, and into the post-modern stylings of Ocean’s 11, we always seemed enthralled with a well-planned, yet quickly wheels-off bank heist.

Looking at this genre from an Ultimate Action Movie Club perspective, the bank heist films have always been primed for great action sequences and intense standoffs. Some of my favorite classics like Heat and Point Break are great examples, but there are plenty more.

Which brings us to the 2010 bank heist actioner The Town starring and directed by Ben Affleck. While both a critical and commercial success, I didn’t actually have much of a memory of it watching it again ten years later, but was quite happy with its ability to provide some action, a bit of story, and a solid distraction through a familiar genre.

So, in case you didn’t know, Ben Affleck is from Boston, Massachusetts. And sure, you might say, he wasn’t born there but just moved there when he was a child… but it goes deeper than that. Ben Affleck *is* Boston. They’re the same person now thanks in part to Good Will Hunting and his constant reminders in his voice and the roles he takes on. So, it shouldn’t really be of much of a surprise that Affleck was the natural fit for this modern Boston fable about bank robbers living in the quickly gentrifying slums of Charlestown.

We get Affleck and his pal Jeremy Renner going full send on their harsh Boston accents and Fightin’ Irish tattoos as we the familiar bank heist set falls into place. We have the good guy: Affleck. The bad guy: Renner. The detective on their case: John Hamm. And surprisingly well crafted love interest in Rebecca Hall as the bank clerk they stick-up in the opening.

What follows is fairly predictable but fun as the heat inevitably builds up on our hero while he falls in love and the cop gets closer by the day. And throughout it all it does everything it can to remind you just what “town” we’re in with the colorful shop-keeps and the frivolous inclusion of Fenway Stadium as the spot for the final – one last time – heist to end it all.

The Genre Action of Bank Heists 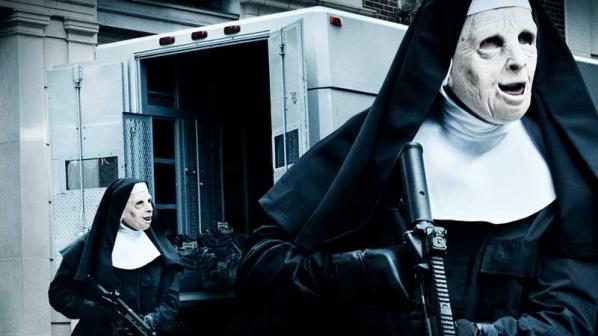 And unless you’re a Yankees fan or – you know – just someone who might not love the city of Boston as much as Affleck might think everyone should, the setting to its credit works just fine for the story – but it’s the tense boiler-room genre action that keeps the film going strong.

Bank Heist movies can run the gamut of how serious they might be. They can be gritty like The Italian Job or fun-loving like the Ocean’s 11 movies, and The Town certainly shoots for the former. While it’s not Heat that you’re watching, The Town has plenty of intense action and does a great job of creating some memorable shots and sequences.

The most iconic moments come from the heist disguise costumes our robbers don as that might actually be the single most important element to any heist film’s aesthetic. For example, some of the most memorable masks that I can think of we get the U.S. Presidents from Point Break and the simple, yet sleek, white hockey goalie masks from Heat. For The Town we actually get two different sets: the first being some rather hellish skull-with-dreadlock looks for the opening heist sequence, then later we get some very cool – and oddly, even more, creepy – Halloween nun ensembles that certainly do the trick.

Again, the majority of the action in a classical heist movie like The Town is going to come from these bank robbery sequences – and then the subsequent chases and showdowns that follow. It’s also somewhat ceremonious of the genre to include a heist scene at the very beginning that’s ideally supposed to be just as big and just about as good as the finale.

The Town certainly delivers the goods on this account. We get a great opening action number. Affleck isn’t a badass kung fu master or anything (or really a marksmen since he’s got his Batman-code thing going on and not actually trying to kill anybody, you know). But Renner has some fire power and their explosive tactics bring enough firepower as well.

I’d say it’s a little bit of a disappointment that even though Affleck’s hero character is kinda pitted against his “brother” of sorts in Renner, we never really get a big showdown between the two of them. And instead of Affleck and Hamm going mano-y-mano at the end with guns blazing we just get Affleck skipping town and (fittingly for his character at least) just leaving a one sentence note saying “fuck you” to Hamm instead of any fiery death.

Yet, for a modern heist actioner, I can only think of a few examples that might be this gritty or action full like Den of Thieves, without of course falling into straight up action with a heist twist like some Scott Adkins or the like. So, if you’re looking for an oddly reassuring heist genre actioner to grind to one night, give The Town a first or follow up viewing for sure!