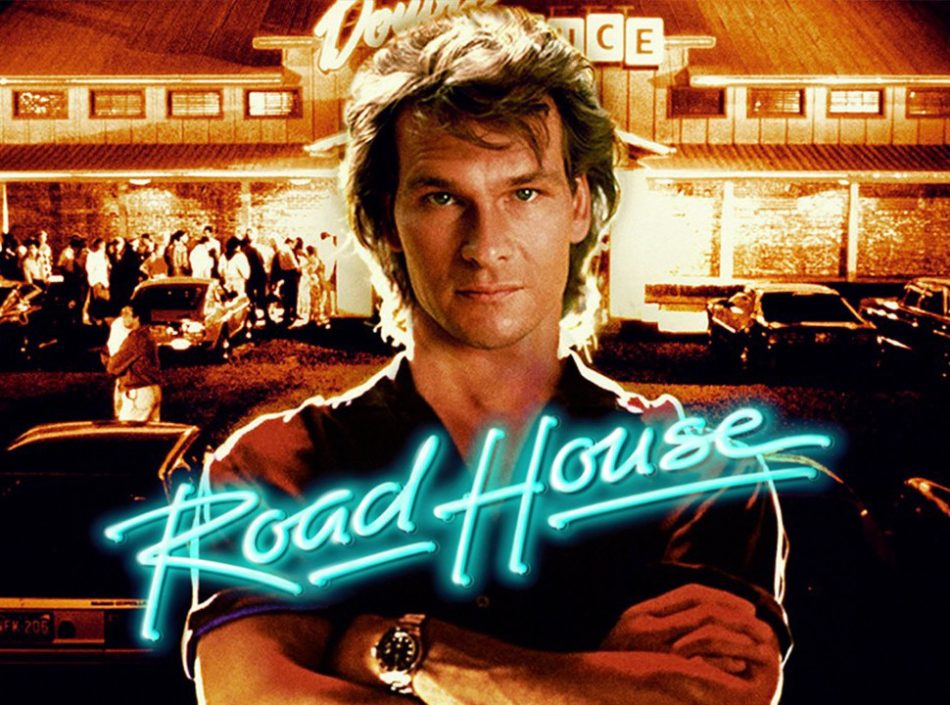 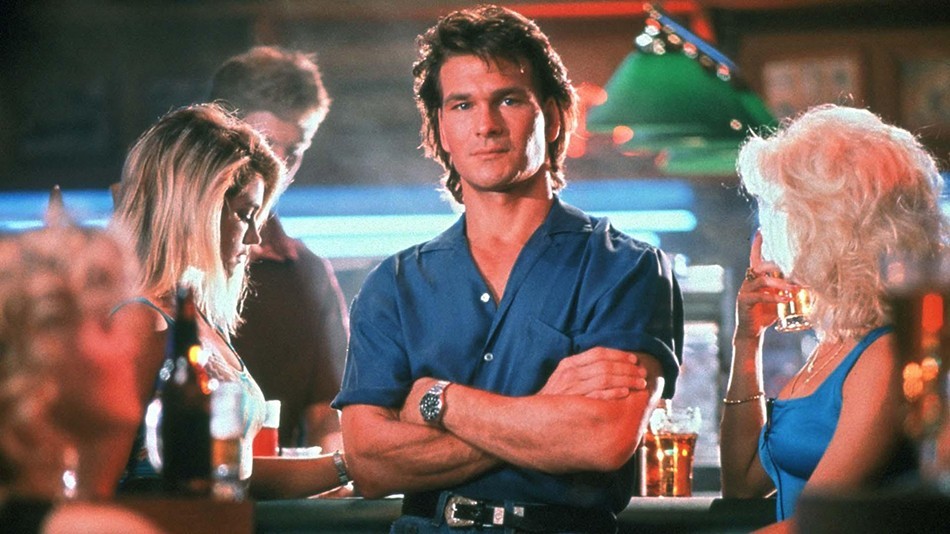 Much can be said of Liam Neeson’s late-career resurgence from a traditional thespian into a full-blown, grade A, American action hero (albeit one with a suspiciously strong Irish accent). Nobody could have predicted the way male audiences would embrace him decades later in the action genre if you saw a sampling of his early filmography.

That same could be said of a young Patrick Swayze. Yes, he co-starred in Red Dawn (really an ensemble piece) and had bit parts here and there, but for Pete’s sake, he was recognized as an accomplished dancer through and through. Music video? Check (4:24 mark). Music-based movies, successful and not so successful? Check. Legend has it that his mother ran the best dance studio in Texas. She named him “Patrick Swayze” when he was born because she thought it would look good on a movie marquee.

I hope someone bought that woman a beer for that foresight.

After turning down a co-starring role in Tango and Cash with Sylvester Stallone, Swayze accepted the lead role in Road House — which no man I have ever met claims to dislike. This timeless movie, quite frankly, has no peer. Think about it: It’s about a bouncer (aka “cooler”) who cleans up a corrupt bar run by an even more corrupt sleaze.

How does he do this, you ask? He lives by three simple rules: One, never underestimate your opponent. Expect the unexpected. Two, take it outside. Never start anything inside the bar unless it’s absolutely necessary. And three, be nice.

I have been with my wife for 17 years, as of this writing. She doesn’t understand my complete adoration of this movie. I suspect most women don’t. They will never appreciate the level of nirvana men feel during and after watching this movie. Swayze’s Dalton (his last name is never uttered, but that’s just one more reason that the movie is awesome) is a man who men want to be and women want to be with.

He elegantly spouts philosophy, a direct result of his NYU degree in philosophy. And, oh yeah, he’s as honest as a Boy Scout, smokes like a chimney, does Tai Chi, has a physique with less than 4% body fat, and gets to date Kelly Lynch in all of her 80s-ness. His bro-mance with Sam Elliott’s Wade Garrett is nothing to sneeze at, either.

UAMC Reviews: ‘The Man Who Killed Hitler and Then the Bigfoot’ (2018) 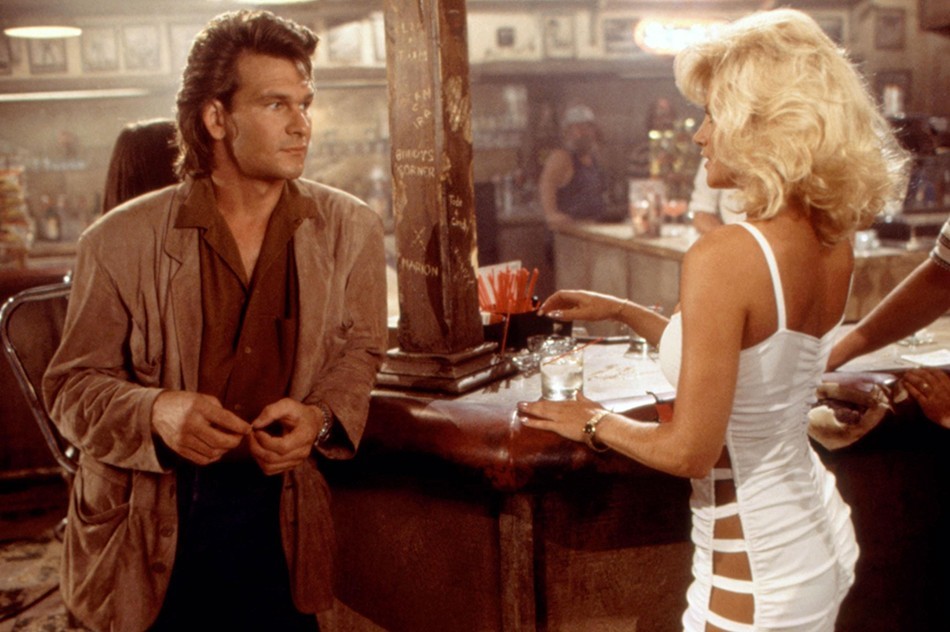 How much do I love this movie? I WANTED TO NAME MY FIRST-BORN SON “DALTON.”

These are actual lines of dialogue from this epic:

Cody, Band Singer at Double Deuce: Man, this toilet is worse than the one that we worked in Dayton.

Cody, Band Singer at Double Deuce: Oh man, it’s a mean scene around here, man. There’s blood on the floor of this joint every night.

It doesn’t take an NYU degree to break down that a blind man is describing the scene to the viewer. (By the way, I wonder which bar in Dayton he was referring to. I only ask because I work in Dayton.)

Want more? Dalton brings his medical charts to the emergency room after getting injured in a fight. Why? “Saves time.” When the doctor, played by Kelly Lynch, wants to give him anesthesia, he declines. Why? “Pain don’t hurt.”

TANGENT TIME: Two years ago, I had to be rushed to an E.R. My hand was ripped open, I was bleeding profusely, and I obviously needed stitches. The surgeon took one look at my open wound and hurriedly asked me, “Are you in pain?” With all the cool I could muster, I looked her in the eye and said, “Pain don’t hurt.” I’m pretty sure they waived my co-pay.

Dear reader, I don’t know who you are; I’ve never met you. I can’t ascertain your age, where you live, or any vital statistics associated with you. I only know few details that I can glean based upon context: A) If you’re a guy who has seen Road House you love it. B) If you are anyone else who has not seen Road House (for whatever reason I won’t hold against you), you NEED to see this movie.

The movie’s trailer is less than two minutes long, but I am certain it contains more fantastic content in it than anything on television or in any movie currently playing.

I know for a fact I will sit my kids down one day and watch Road House with them. Why? It is my firm belief that it should be standard viewing for any American male entering adulthood. Why? It answers any question he may have. Topics such as fighting, women, philosophy and others are covered in Road House.

Even how to respond when someone tells you, “I thought you’d be bigger.” 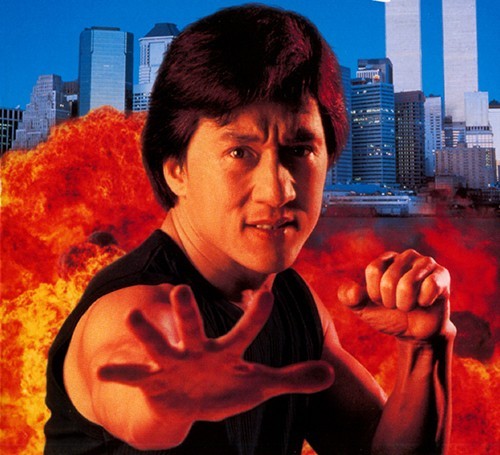