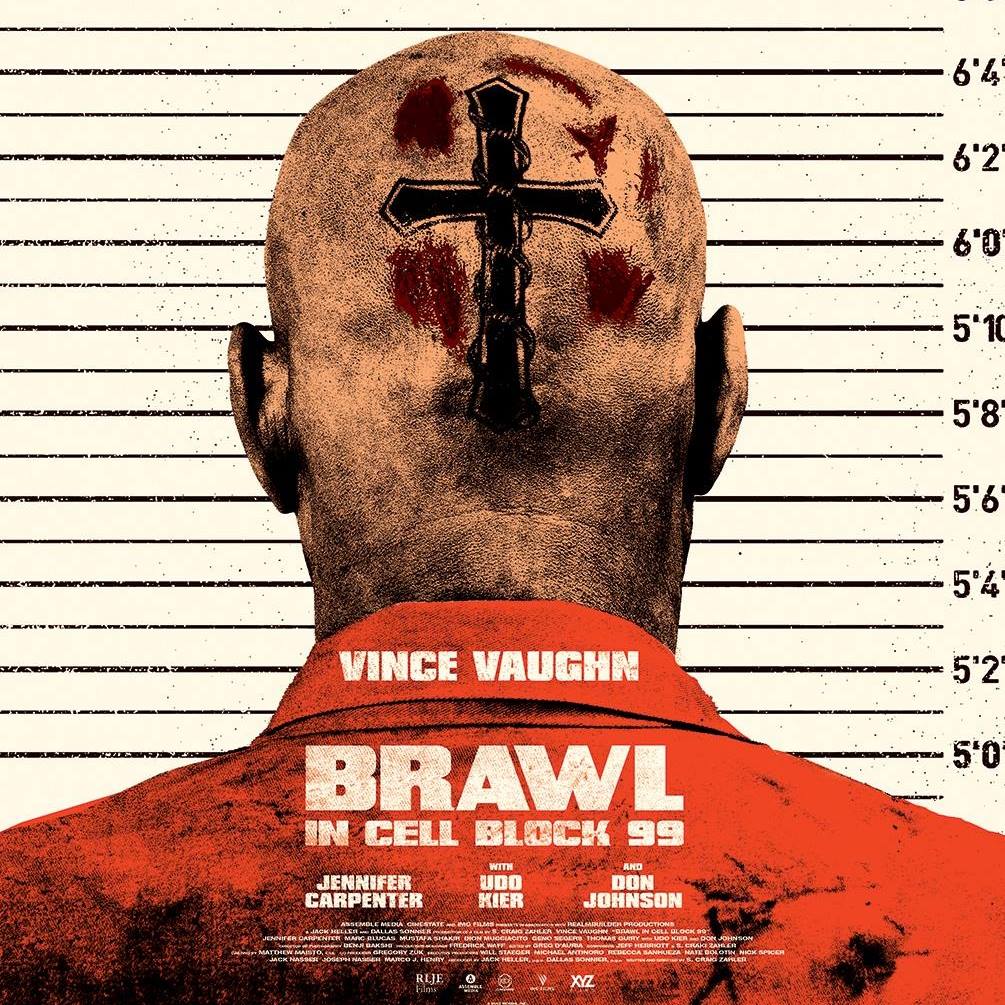 What ‘Brawl’ means for the future of ultimate action.

If you’re unfamiliar, a new actioner is on the scene. Brawl in Cell Block 99, starring Vince Vaughn and directed by S. Craig Zahler, has slowly been burning a name for itself in the modern action movie conversation. So, after a little research and watching Brawl in Cell Block 99 for a second time, I have some thoughts on the flick – and how it came to exist – and what it means for both its makers and the future of ultimate action movies.

From an ultimate action movie perspective, it’s about as good as you’re going to get by modern (post 2010ish) action movie standards. It’s not classic in any sense, it’s postmodern, it’s genre-bending, it has a star who shouldn’t be an action star. However, it does have fights and violence and one-liners even – and, it’s raw. It’s hyper violent, disturbing and is a slow burn that lasts long after your viewing ends.

If it came out in 1988, it might be considered an avant garde cult classic, but I’d argue not with action movie fans, rather with horror aficionados. If you like action heroes who you can count on to deliver the action movie goods, like Arnold, Chuck, JCVD, Stallone, etc…, you’d be rightfully confused to see them star in a movie like this in their heydays.

The Ultimate Action Movie Club was originally founded by a group of buddies simply looking to get together on Friday nights to watch something awesome, funny, fun and ultimate. Brawl in Cell Block 99 is hardly any of those – but only because it’s simply too great of a modern film. It’s more Taxi Driver than Commando, and for UAMC fans, you should be warned of as much before you dive in. 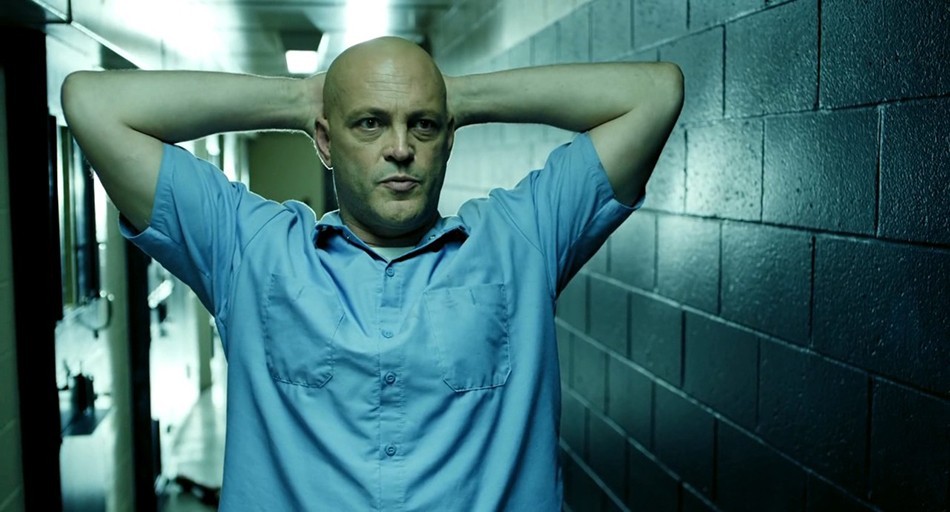 Brawl in Cell Block 99 was both written and directed by S. Craig Zahler (more on him below) and produced by Dallas Sonnier and his production company Cinestate. Sonnier is the lightning rod in the room in this case as his background, if you just look at his IMDB filmography, has a heavy dose of Stone Cold Steve Austin flicks. In case you don’t know who Stone Cold is (maybe read up on pro-wrestlers and action movies here), Austin turned a highly successful pro-wrestling career into a middling successful movie career of straight to DVD releases which – one would assume – at least bring back some return on from his fanbase or else they wouldn’t have made so many of them.

Zahler, who is currently on a meteoric rise following his first feature, Bone Tomahawk, which was met with smashing success (also produced by Cinestate). And now with Brawl’s accolades, seems to have written the ultimate Stone Cold wrestler pic. It stars a hunkering giant skinhead who’s primary scenes center around him smashing skulls, bones, and cars with clubbed fists. Except, it’s not Stone Cold delivering vengeance; it’s the usually fast-mouthed Vince Vaughn, drastically against type, doing his best mono-syllabic wrestler impression.

Having read up on Sonnier, Cinestate and Zahler after an early screening, when I sat down to watch the flick again on Amazon Prime, I simply couldn’t unsee the movie as a badass Stone Cold wrestler vehicle. It has a strong lead character with middle American values (he proudly flies a flag above his front door), fastidious moral compass, an unbreakable marital bond with his wife and a heartbreaking yearning for a fully realized ideal family. 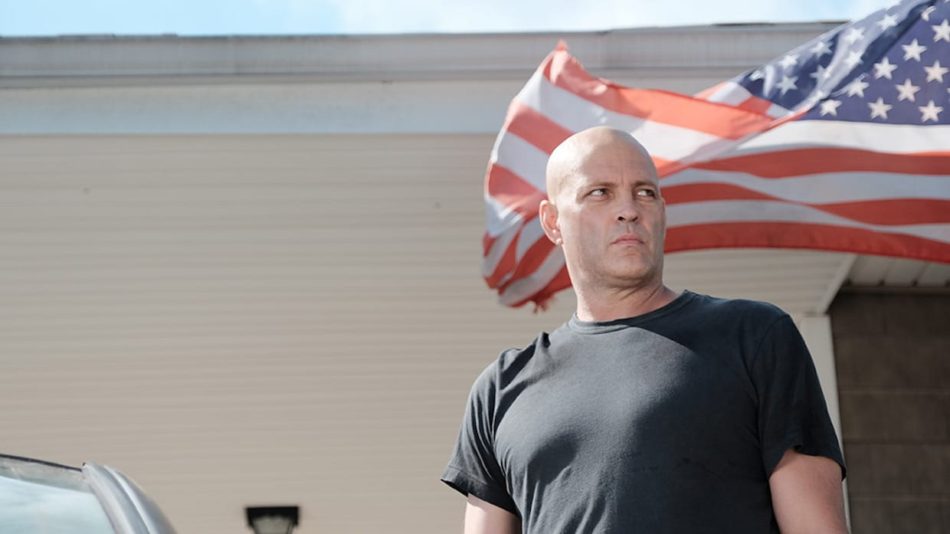 The movie also has very set fight scenes, which may take awhile to get to from the flick’s slow burn pacing, but when they hit, they’re about as gritty, real and even a little bit classic as they come. The camera doesn’t bounce around and move. Cuts don’t hide impacts and blaring lens flares don’t sugar coat good ol’ fashioned beat downs, which Stone Cold (er, Vince Vaughn) delivers with a heavy-handedness which looks as lumbering as the knocks are devastating.

Vaughn is not the fighter he portrays. While Stone Cold paid his dues in the ring for years (a line quipped by Vaughn’s character), Vaughn was popping snide remarks in the 90s in comedies like Swingers and Old School. However, after a largely forgettable attempt to go against type in True Detective Season 2 ultimately failed, Vaughn might have just found the step-in role where he could deliver the goods with a better hand.

Steve Austin’s punches might have landed a little harder in Brawl, but Vaughn’s performance was much better than anything Stone Cold could have mustered. From his expressions to his hunched movements to his well-earned one liners, Vaughn was able to critically recover from any True Detective backlash by putting himself in a cinematic situation where literally the least was expected.

Which brings us to the expectations for this movie. From a financial play, if it was indeed viewed as a wrestler flick at one time or another, the loss of a name wrestling/action brand like Stone Cold would be at best a lateral move to cast an against type comedy actor like Vince Vaughn.

However, this wasn’t just any wrestling pic, it was one written and directed by Zahler, who’s adept genre-re-defining skills were recently displayed in Bone Tomhawk where even the New York Times took notice of the man’s talent. It’s also important to note that Zahler did not write, direct or have anything to do with any Stone Cold flicks or Cinestate projects before Bone Tomahawk.

If Cinestate can be commended for anything (not to say they can’t be commended for a lot), it’s worth applauding the foresight to put resources behind such an up-and-coming commodity which Zahler has returned in spades. Brawl, a movie which would best be expected to return money on its minimal budget (and give safe harbor to a stricken Hollywood name), wound up being certifiably enshrined as a modern art classic.

While the MoMA in New York actually has a pretty full film calendar throughout the year, the sheer thought of an action, horrory, genre flick being even discussed in the circles of high art seems insane. It’s much more ludicrous to see that Brawl was not only discussed, but also screened and even added to a permanent collection.

It wasn’t just high art circles either, Brawl showed up on a surprising amount of best of 2017 lists like Newsweek, The AV Club, Los Angeles Times, Colllider, featured as a NYT Critics Pick and called out by famous directors like Guillermo del Toro.

The Future of Ultimate Action Movies 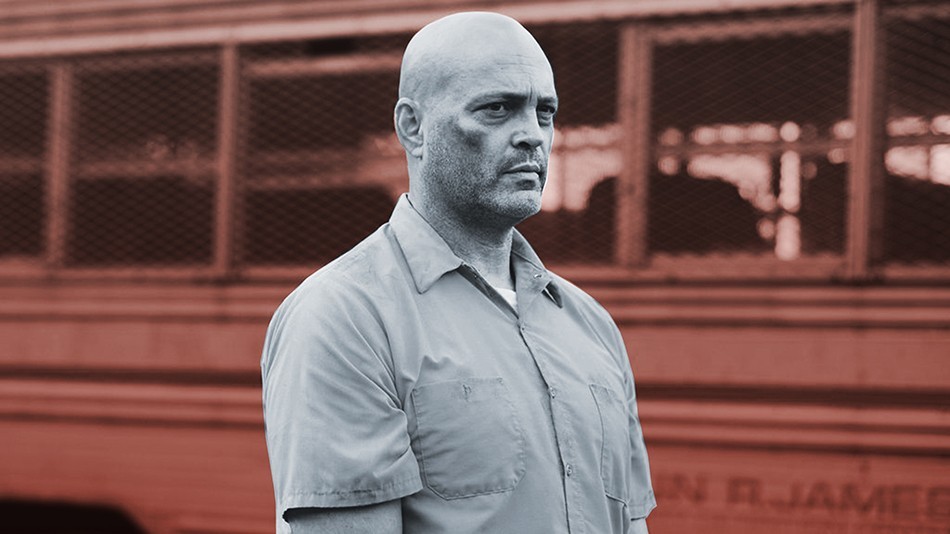 Which leaves me a little confused, yet very much excited. As the managing editor of the Ultimate Action Movie Club, I’ve devoted a great deal of my adult life to the study of a genre of movies which can fairly be described as mindless. But in a good way, I’d be quick to argue, because it’s part of a rich history of mindless entertainment which is wholly redeeming for the enjoyment, the comradery and the comfort such mindlessness provides.

The UAMC, founded by friends buying bargain VHSs from Blockbuster Video stores before they closed, has always been about those golden years of ultimate action movie classics where the hero kicks butt, usually gets a girl, and saves the world (or at least just America) in the process. It follows political tides, propping Reaganism with machismo while usually lampooning itself in the process enough to always make the message about action, not consequence.

Something was lost for the genre post 9/11 (and with the subsequent rise of self-aware internet culture). Modern action movies now seem to fall into 3 categories: 1) hyper-violent thrill rides like John Wick, 2) campy send-ups like Kung Fury (or the ultimate looking new project Commando Ninja), 3) or these hybrid genre-flicks like Brawl where you can only get your action at the price of something more disturbing.

Gone are the days where ultimate action movie classics like Cobra, Die Hard and Commando could be simply enjoyed for their butt-kicking awesomeness. Although, we’ll stay hopeful that as long as Chuck Norris facts and Van Damme dancing GIFs stay bouncing around on the internet, and pages like the UAMC keep the community alive, ultimate action movies can make a comeback in their most pure, and ultimate, form one day.


And as always, let us know your thoughts in the comments! 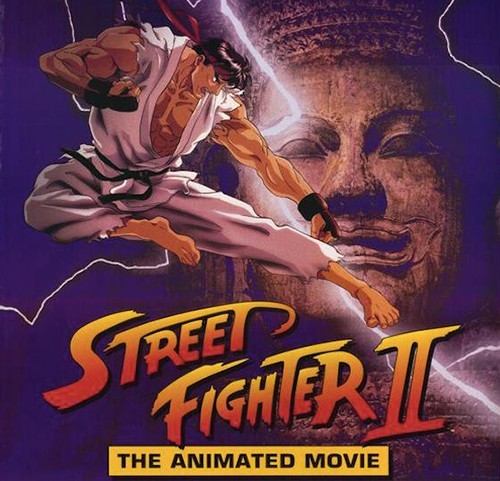