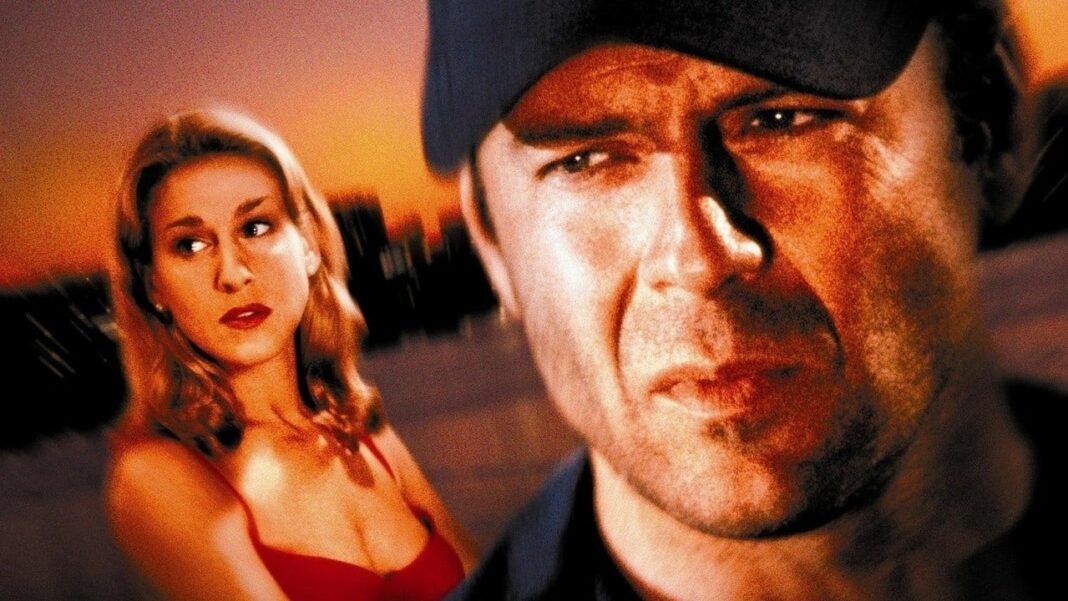 Especially when it’s peak Bruce Willis and Rowdy Herrington together! 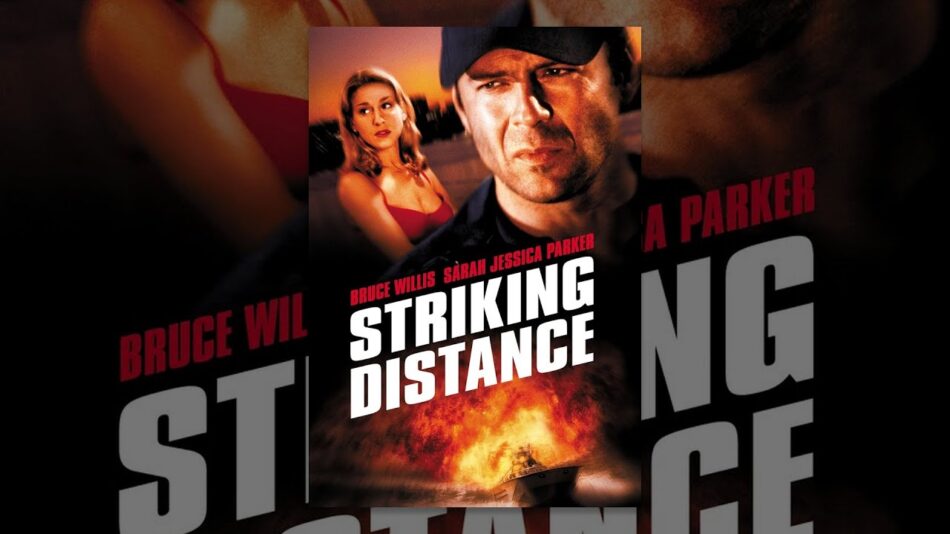 In a great article on wild and ultimate outlaw hit Road House up on Rebeller’s website, Jacob Knight traced out a bit of writer and director Rowdy Herrington’s wild and rambunctious action movie career which, along with Road House, Jack’s Back and The Stickup, is also notable for the often dismissed Bruce Willis actioner Striking Distance (1993).

So, I picked up a VHS and gave it a watch and, while I can understand a bit why it’s not thought of as a Die Hard level Bruce Willis flick, it’s still pretty damn good. So, what happened?

From Three Rivers to Striking Distance

It doesn’t take much more than a quick Google search to learn about the production problems that haunted Striking Distance from the jump. It’s all over the IMDB and Wikipedia entries on the film, which note constant issues with the budget, Bruce Willis’s role and a script and direction that changed constantly.

Still, we’re left with a rather compelling murder mystery afloat, with Willis starring at the height of his career and delivering an odd – but certainly ultimate – portrayal as Det. Sgt. Thomas “Tommy” Hardy, a disgraced homicide detective forced to slum it up on the city’s River Rescue Squad.

We also have a killer cast with Tom Sizemore, Dennis Farina, Robert Pastorelli and John Mahoney who, like the great Charles Bronson film of the same name, are a “family of cops”. We also have Sarah Jessica Parker deliver one of the best one-two combos as Hardy’s love interest and law enforcement partner. 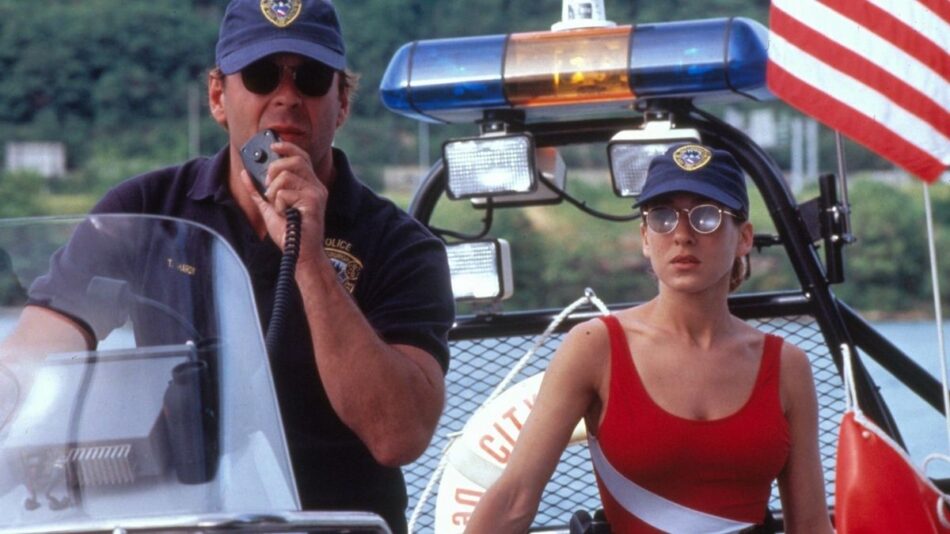 However, I loved reading up on Kaplan because it goes to show that even the brightest minds in the world still can’t always crack what makes an action movie great. Although, I’d also have love to see the film as it was intended, which would have been more of a mystery thriller.

So, without trying to lay the blame on anyone, the real reason the movie didn’t go on to become a bigger hit is because some early test screenings reported back that the plot was a bit too confusing to enjoy.

Is Striking Distance Action or Mystery?

And when studio execs hear that about what is supposed to be one of their flagship films for the year, it means that extensive re-writes and re-edits are needed. And apparently in this situation, an entire genre-shift is to be executed from the mystery thriller story towards a more marketable action thriller.

Not that I’m going to complain. In fact, I’d argue that maybe this should have been embraced from day one as action movies are awesome, and very much some of the best scenes and sequences from Striking Distance are these great action sets.

We have a truly remarkable car chase at the beginning of the film in which the long-time cops Willis and his father John Mahoney chase down one of the biggest serial killers their city has ever seen while having a mild argument about why Willis’ Hardy won’t settle down and have grandkids.

But Bruce Willis is Awesome! 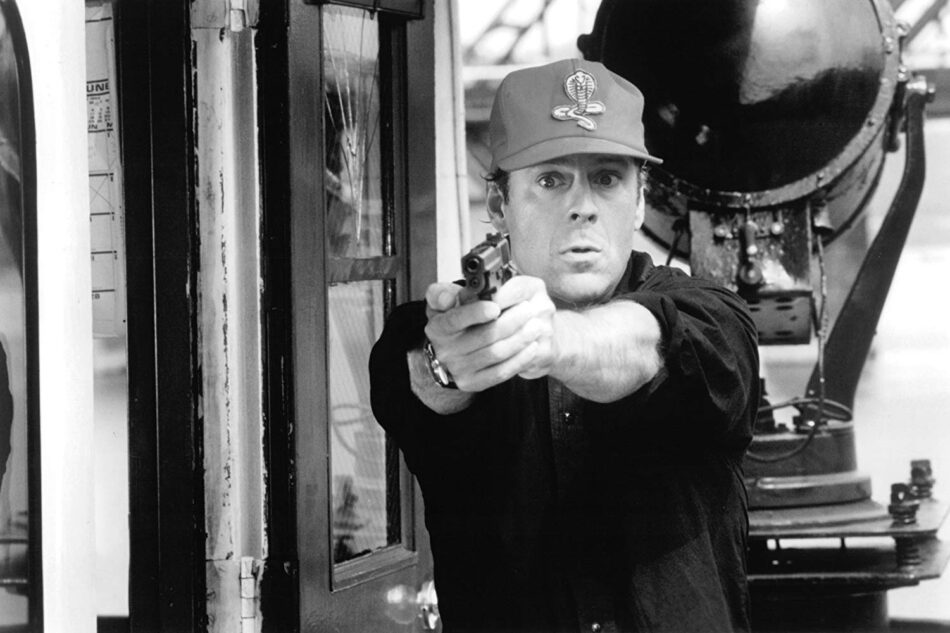 Overall, Bruce Willis is reported to have caused some of the problems with the film with his constant on-set meddling with the dialogue and plot points. Which is a shame, as this may have been a pivotal moment of Rowdy Herrington’s career which fizzled out a bit after this big budget flop (of sorts).

However, I doubt Willis was any more of a Prima Donna than any other action star would have been at the time. And again, the action sets might change some of the tone of the film, but man they are awesome. And Bruce Willis is such a natural sneaking onto a stolen barge and creeping around taking down undefined terrorist kidnappers that it kind of doesn’t matter that these scenes have nothing to do with the rest of the story.

Ultimately, while it might be hard to point out the one reason why Striking Distance didn’t land with the same impact as Die Hard (or even Die Hard 2), when taken out of context of its production problems and poor box office returns, it really is a great action movie made by both a star and director in their prime – and should ultimately be considered as such!

What the Last Act of ‘Thief’ Teaches Us About Integrating Action...