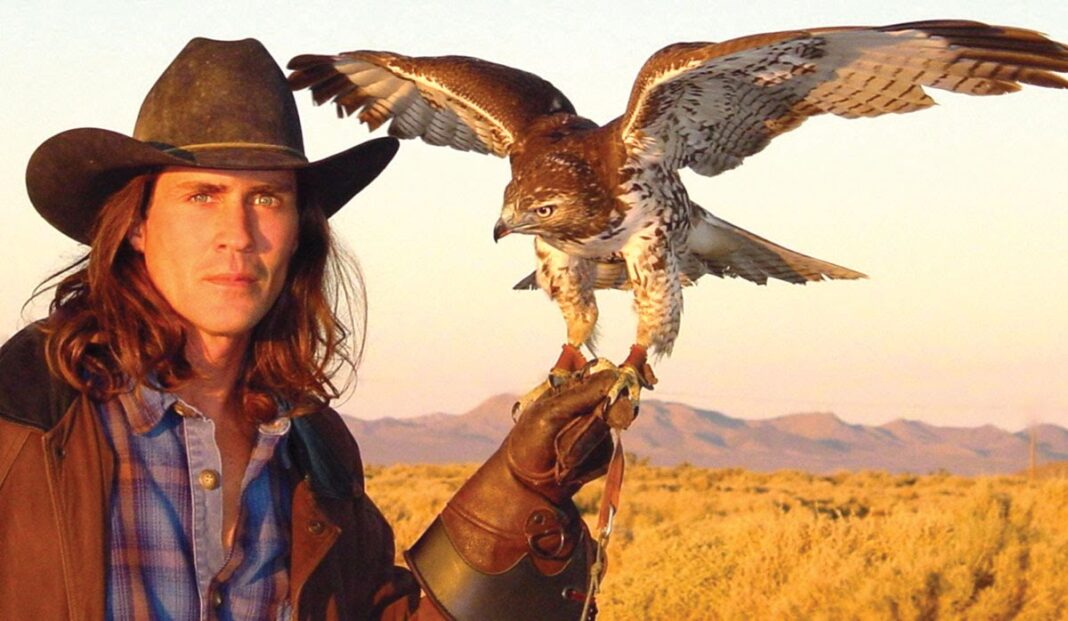 Ranking the most ultimate action movies from Joe Lara. 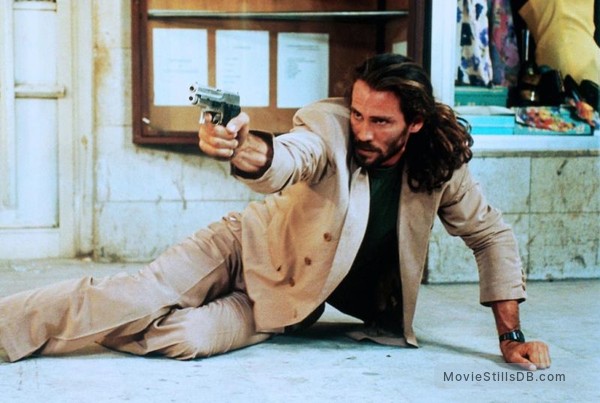 Joe Lara earned his first spurs in the movie business portraying Tarzan in a 1989 TV movie, and would reprise this role in the entertaining pulp fantasy series The Epic Adventures of Tarzan a few years later. In the action arena he took some jobs in the 1990s, and worked with production companies PM Entertainment and Nu Image on several occasions. With his good looks and mild-mannered attitude, the prolific musician, falconer and ex-model provided an interesting contrast to the granite-faced action heroes of the time. Joe Lara died tragically in a plane crash in 2021, but left action movie fans a small legacy of low-budget awesomeness, which we will celebrate in this article!

Live Wire 2: Human Timebomb is a sequel in name only to the not really memorable Live Wire. FBI agent Parker (Brian Genesse) goes on a rogue mission to Cuba to rescue an imprisoned American. He is captured and gets a chip implanted which makes him a mindless killing drone for a Cuban general and his left hand Price (Lara). Lara gives the antagonist in this film, a fanatic patriot and cold-blooded killer, perfectly in style with a black paramilitary outfit, who is just enjoying himself being evil.

Him and Genesse (by virtue of a couple of nice martial arts sequences towards the end) are the only redeeming qualities of this film that may fall into the category of movies shot with single takes only. There are so many (and badly) filmed explosions, terrible fake accents and a completely confusing plot, if Live Wire 2: Human Timebomb would have been made in 1985, it could have been a cult classic. But just a single decade can make all the difference.

Joe Lara and Frank Zagarino duked it out again after 1996’s Warhead (next on this list), and again nuclear missiles fell into the hands of the wrong people, this time it’s rogue Russian military with Joe Lara as envoy of the American Mafia pulling the strings. Only ex-Navy Seal and pristine hero Armstrong (Zagarino) is us up to the task to stop them. Lara’s character Ponytail (that’s really his name) is a trigger-happy villain with a piercing stare, always looking like his blood pressure is deep in the danger zone. Zagarino gives a fairly stiff performance, but at least gets plenty of opportunity to flex his muscles and fire AK-47s from the hip.

Despite the ultra-low budget and chaotic presentation, all sorts of fun mayhem are happening. Many beautiful Eastern European cars are senselessly thrashed in car chases where everyone seems to be adhering to the speed limit, and a tiny two-room apartment becomes a labyrinth for four villains and two heroes in a tumultuous shootout. Coming to you straight from the bottom of the bargain bin, Armstrong is as low-brow as it can get for an action flick, but it’s perfectly watchable, at least if your mind and body are completed relaxed.

Warhead saw Lara in another villain role, this time as leader of a white supremacy terrorist group. Disgruntled ex-general Kraft (Lara) breaks into a missile silo and aims a nuclear warhead at Washington. US army special operative Jack Tannen (Frank Zagarino) is tasked with infiltrating the compound before the countdown runs to zero.  We’re off to a great start with a politician being catapulted out of his upper-floor office through the wall together with his desk, which earns Craft’s comment: “I heard the senator was thrown out of office.”

Suffice to say that Lara is a better antagonist than Zagarino is a hero, a psychopath who says terrible things with a soft voice. The cinematography is crisp,  and the action, while being extremely generic, looks pretty neat. There’s a lot of colorful explosions and stuntmen catapulted across the screen, and two thirds of the film show people firing guns or just walking around with them heroically. Together with the slowest hacker battle in movie history, jet skis equipped with grenade launchers, and charming details like a room full of world clocks with no time zones on them, Warhead becomes a fine treat for B-action enthusiasts.

Steel Frontier was one of two collaborations of Joe Lara with the mighty B-action forge PM Entertainment, and both of them resulted in awesome actioners! In a post-apocalyptic wasteland, the town of New Hope is the last safe haven for righteous people to rebuild civilization, until it is invaded by General Quantrill’s posse “United Regime Deathriders”. Lone gunman Johnny Yuma arrives at the scene, and gets entangled in the struggle of the townspeople against Quantrill’s motorized gangsters. Lara oozes a lot of coolness as long-haired desert drifter with superhuman gun skills. His character is quite mellow compared to your usual Clint Eastwood impression, but he takes no prisoners when things get rough, and in the finale even goes all Django on his enemies with a big-ass machine gun!

The mix of Western and post-apocalyptic elements works well, and there’s tons of action with PM’s familiar portfolio of car chases, shootouts and explosions. Regarding the latter, in Steel Frontier PM somehow managed to get permission to demolish a giant chimney, and it became one of the biggest structures ever blown up in an action movie. Steel Frontier is great fun from beginning to end, and one of the most memorable flicks by both PM Entertainment and Lara.

Hologram Man is another classic from PM Entertainment, a Sci-Fi action piñata chock-full of insanity! In the near future, terrorist Slash Gallagher is incarcerated into a hologram. He gets hacked out of his virtual prison, and is up to no good, now that he’s become a digital supervillain. The only person who can stop him is police investigator Kurt Decoda. Evan Lurie is a flamboyant villain with a look and attitude you have to see to believe it. Joe Lara who plays Kurt Decoda (not a typo) comes across as rather sober compared to Lurie’s Gallagher.

It’s all good, though, we can easily sympathize with Decoda, as he passes through most of the film with an astonished face in disbelief about what is happening around him, just like the viewer. A wonky VR police training session, digital men duking it out in super-tight jumpsuits, and a sex scene that is literally crackling with electricity, the list goes on and on. The film’s mix of unrestrained nonsense with a goofy sense of humor and relentless action is an experience that transcends the boundaries of the human mind. Joe Lara eternalized himself with Hologram Man, a film that I’m sure in time will become the classic it deserves to be!

Joe Lara’s masterpiece is a film with one of the most bad-ass titles for an action flick I’ve ever seen. And you can even shuffle the words around to come up with new awesome names for movies such as American Warrior: Steel Cyborg or Cyborg Warrior: American Steel! After a nuclear war, the remaining humans live in misery enslaved by cyborgs. Radiation has also rendered them sterile, but scientists of the human resistance created an embryo. Mary is tasked to bring the container that holds the creation to safety by reaching a ship to Europe. Relentlessly pursued by a cyborg killer, only the mysterious loner Austin can protect her.

The exposition is finished after five minutes and from that point onward, it’s action time! The film is a relentless chase with a cascade of shootouts, fights and lots of running and climbing, as we follow Mary and Austin’s journey through ruined city blocks, filthy sewers and abandoned factories. For a low-budget production, it has impressive visuals, with a great cinematography, set design, and blue hazy light permeating almost every scene.

Joe Lara looks like a blend of Max Rockatansky and his former Tarzan character. He does a good job as kind, but lethal protector going against a psychopathic drag queen gang, mutant mummy cannibals, and his ultimate nemesis, a blonde mustache terminator with glowing eyes. American Cyborg: Steel Warrior is one of the most atmospheric Sci-Fi B-actioners ever made, and almost up there with Albert Pyun’s classics Nemesis and Cyborg.