Chuck Norris has literally altered the course of human history. And he did it without firing a single shot. He didn’t do it single handedly. He had help. Schwarzenegger. Stallone. Jennifer Grey. Swayze.They did it by teaming up to inspire an entire country to stand up and overthrow their oppressors in a bloodless coup in 1989, that started the dominos falling and led to the collapse of Communism. Their very real struggle has finally been brought to the screen with the 2018 docudrama Chuck Norris vs. Communism.

Would any of us risk spending the rest of your lives in jail to watch a Cynthia Rothrock movie? (Editor’s note: heck yes – she’s awesome!) Well, this is what our brothers and sisters in the Eastern Bloc country of Romania risked in the 1980s.

A little history first. Back in the 80s, Communism was the great evil in the world that suppressed the rights and liberties of its citizens to stay in power. Anything considered Western was ruthlessly suppressed. Against impossible odds, a group of action movie aficionados much like you and I defied this evil in order to get their action on. It was this can do attitude displayed by our action heroes on screen and in front of the TV that lit the spark that fueled the revolution that ended Communism.

Irina Nistor worked as the voice and translator of all the propaganda films the state put out and as such, she had access to studios and equipment. When she received a VCR tape smuggled in from the West, she then dubbed in into Romanian. If you think “I’LL BE BACK” dubbed into Romanian by a female voice loses anything in translation, you would be wrong. Dead wrong. But don’t ask me how the secret police couldn’t figure out the same voice dubbing the decadent movies from the West was also the same voice on their state sponsored television.

From there, our single perfectly dubbed VHS tape would be smuggled out to a black marketeer who had a dacha-house – that had 300 VCRs that we’re running 24/7 making copies of that tape. Do any of us remember how bad a copy of a copy played?

Anyway, these tapes would be sold on the black market. It’s buyers would be those in possession of a VCR smuggled in from the West, which at the time cost as much as the average Romanian made in a year. Secret viewing partied were then organized by word of mouth to trusted individuals right under the noses of the secret police. And the rest is history.

The Ultimate Risks of Ultimate Action 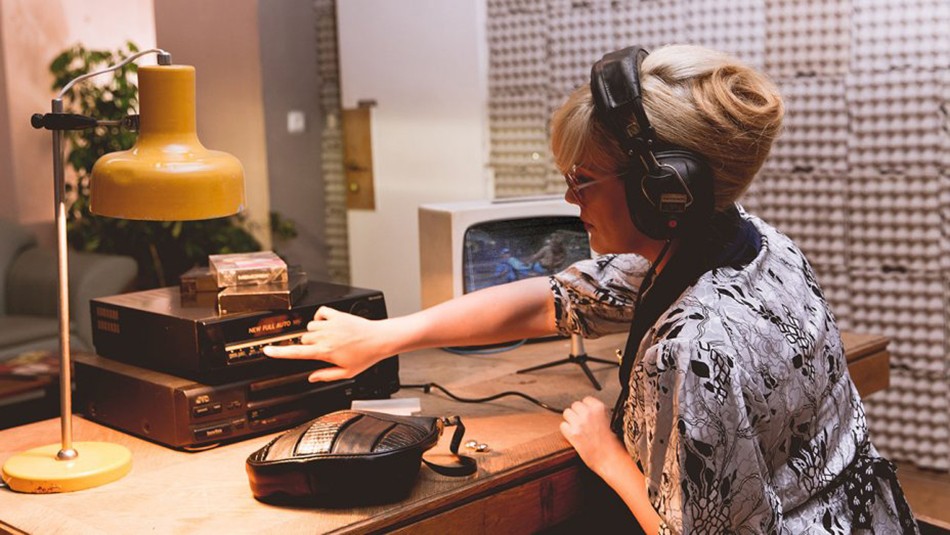 In this film we get to meet Irina and many of the people who lived this tale. We get reenactments of the viewing parties and how they outsmarted the secret police and informants within their midst. We get heart felt interviews of just what our American action movies meant to the people of Romania struggling under totalitarian rule.

My favorite scene is that after a viewing of Rocky, the next morning found the apartment building’s courtyard filled with people jogging and shadow boxing. For a few hours, they were free and reliving the journey of their favorite  action hero. Such is the power to inspire of action cinema.

Ultimately, this movie is a meditation on the transformative power of the movies. With action movies as the vehicle and Chuck Norris as the driver, Communism never had a chance. Rambo, Red Dawn, Lone Wolf Mcquade, Rocky, Robocop, Dirty Dancing, Invasion USA, Uncommon Valor, Red Heat and Missing In Action.They are all here as the Romanian people made our beloved action movies their own.

So the next time your spouse or significant other is nagging you about your choice of movies, remember to tell them the story of Irina and the people of Romania and how they overthrew Communism – (thanks to Chuck Norris).

Let us know your thoughts on Chuck Norris vs Communism on our Facebook page!