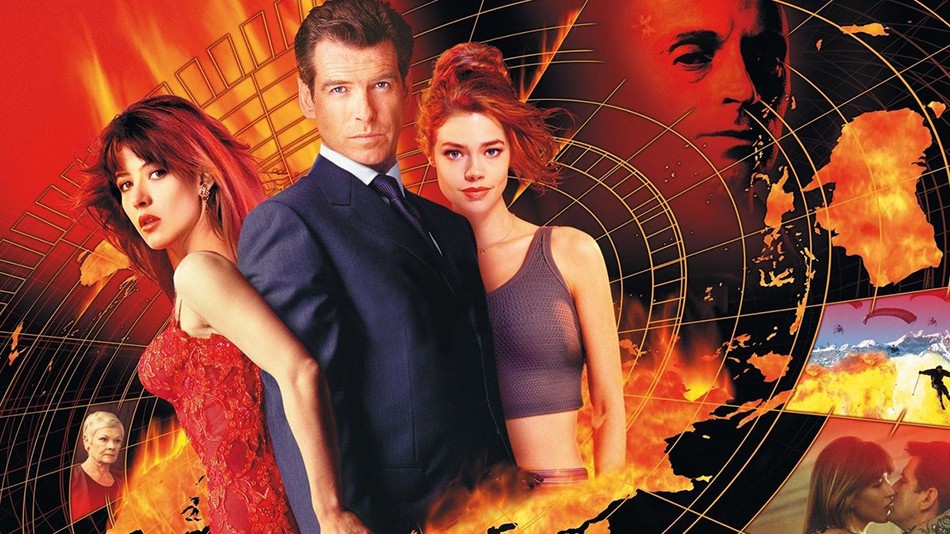 ‘The World is Not Enough‘: For Bond, it Never is… 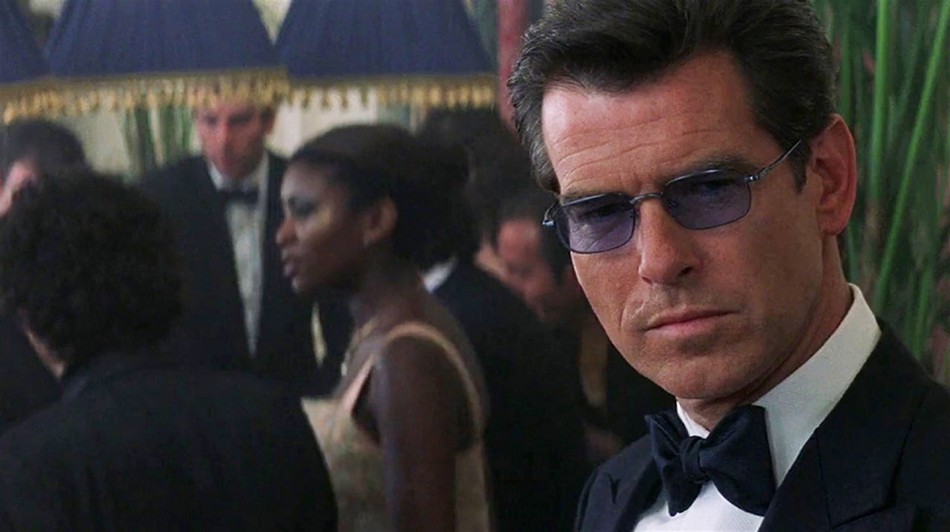 In November 1997, Barbara Broccoli, a producer of the James Bond franchise and the daughter of Albert Broccoli, the longtime Bond film producer, was watching a Nightline news report. She saw how it looked at the major oil companies of the world and their seeking to control Caspian Sea oil reserves that were untapped. This was happening within the years following the collapse of the Soviet Union. Broccoli and her stepbrother, Michael G. Wilson, another producer on the Bond franchise and stepson of Albert Broccoli, decided to hire Neal Purvis and Robert Wade to author the script.

The two writers decided to focus on a female villain this time around. While Joe Dante and Peter Jackson were initially offered the chance to direct the film, the honor went to Michael Apted after Broccoli lost interest in Jackson. Apted’s wife at the time, Dana Stevens, did an uncredited rewrite of the script to increase the power of the female characters while Bruce Feirstein, who worked on Tomorrow Never Dies and GoldenEye, strengthened the Bond character’s narrative arc during his rewrite. The title, The World is Not Enough, came from the Bond family motto that was present in the Ian Fleming Bond novel, On Her Majesty’s Secret Service, and its subsequent film adaptation.

An Assassination Turns to a Boat Chase

Bond is a reflection of us in many ways. He represents the need for adrenaline but also the fast-paced secret agent life we’ve come to expect from the James Bond films. He’s who we would always want to be if we had the opportunity. Who would not wish to be arriving in Bilbao, Spain to get money for a British oil tycoon like Sir Robert King? The dream would be a great opportunity like new door and window sensors. Nobody would turn it down. That is until things take a turn for the worse. The money is booby trapped and it kills King in an explosion following Bond’s attempts to find out who killed a fellow MI6 agent from the banker’s assistant in Spain. Soon, as any of us would, Bond starts to chase his assassin. Bond offers to help her and says he can protect her.

It’s become something that is always present in many of the Bond films. He always seeks to help those who are in trouble or danger. Whether he means to or just does it to get the upper hand, you can never say he simply moves straight to his license to kill unless his life is in danger. Even when a friend like King is killed, Bond still seeks to assist in lifting the burdens of another’s life. It’s here where we get the first sense of Victor “Renard” Zokas, the antagonist of the film. A former KGB agent turned terrorist, he has a bullet in his brain that makes him impervious to pain as it continues to kill off his other senses before it will kill him. The assassin says Bond cannot protect her from Zokas.

This sets up a set of expectations the audience has about this antagonist. He is, perhaps, the deadliest foe Bond has encountered and might not succeed in defeating. If you think such a villain is dangerous, some of the twists and turns this film takes will not only leave you shocked but shaken and stirred too.

Taking Over The Family Business 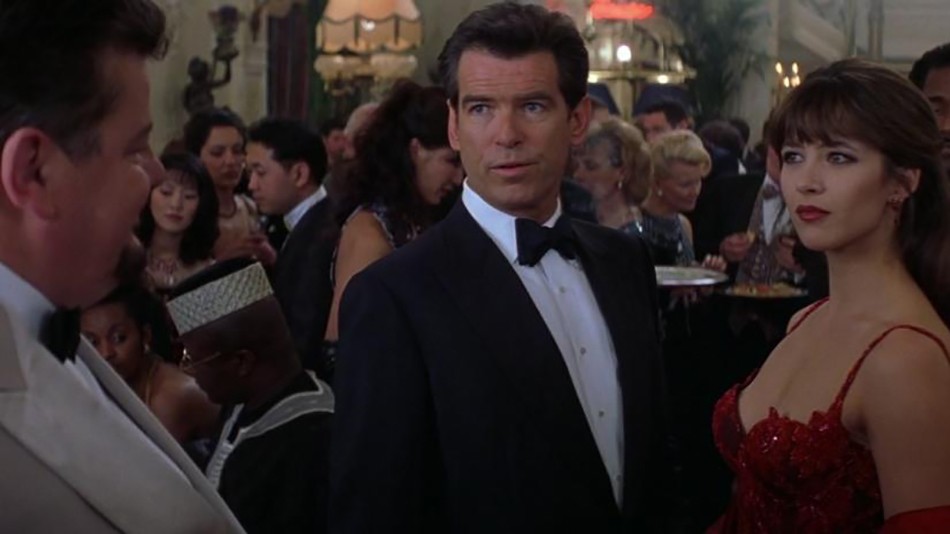 In the wake of King’s death, Bond turns to the next person in charge of the family business: Elektra King. Unfortunately, she is living proof of how evil Zokas is: he previously abducted her. Much to Bond’s ignorance, he also made her fall in love with him. Zokas turned the Stockholm syndrome situation to his advantage and gained an ally in his quest for tyranny. As Bond receives the assignment from M, he heads out to Azerbaijan, where Elektra is. In a great nod to On Her Majesty’s Secret Service, Bond and Elektra find themselves in battle against a hit squad. They are riding on snowmobiles and Bond is able to defeat them. Bond is able to stop them now but at what cost? He has already lost Elektra to the enemy and he does not even know it yet. This soon leads Bond to visit someone he has a history with.

It has been a little while since we last caught up to Valentin Zukovsky. If we remember Zukovsky, Bond gave him a limp previously and helped him against Alec Trevelyan during the events of GoldenEye. These two men do not wish to see one another but fate seems to bring them back again and again. It’s proof of coincidence as much as irony in the world of intelligence. Bond gains intelligence from Zukovsky at the latter’s Baku casino and he finds out that Davidov, the head of security for Elektra, is working with Zokas. Bond kills Davidov and takes his place on a plane headed to a Russian ICBM base in Kazakhstan. At this point, Bond sees Elektra in danger and innocent of the events thus far in the movie. However, his ignorance will be broken soon and he will have to come to terms with the past impacting the future. 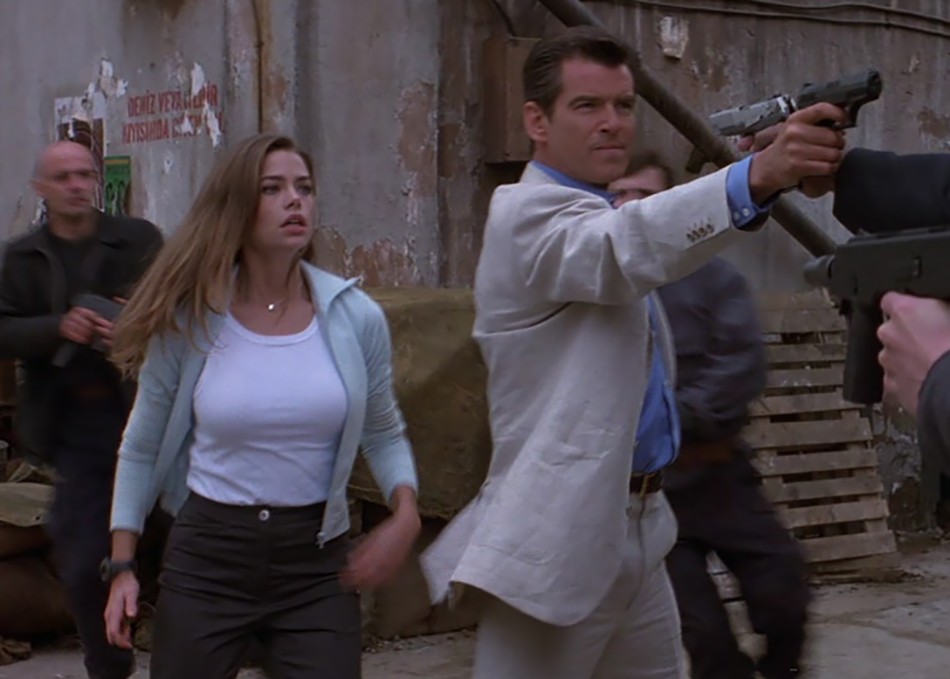 While posing as a Russian nuclear scientist, he meets Dr. Christmas Jones, an American nuclear physicist. It’s not too soon after that they find themselves doing battle with Zokas in a silo. The terrorist is attempting to remove the weapons-grade plutonium and GPS locator card from a nuclear bomb. During these events, Bond begins to realize a dark and dangerous truth: Elektra might not be as innocent as she is playing up in these events. She could be working with Zokas. He finds this out when Zokas says Elektra might be working with him. It’s shocking to hear this from Zokas. During these events, Bond and Jones begin to grow reliant upon one another as they brave danger together. Bond and Jones are able to escape the silo that explodes with the locator card. The danger is just getting started for our heroes.

The Evil is Finally Revealed

After Bond tells M that Elektra may not be as innocent as she claims, Bond and Jones discover that a stolen bomb from Kazakhstan is attached to an inspection ring going toward the oil terminal, which pushes our heroes against the clock in deactivating the bomb. Jones finds half of the plutonium is missing from the bomb and they brave more danger as much of the pipeline is destroyed. They are presumed to be dead but Bond never lets up. Even in You Only Lives Twice, Bond finds a way to succeed in the end. He’s able to win the day but not before M is kidnapped by Elektra. She has revealed her plans and she is indeed working for Zokas. It’s definitely a deadly case of Stockholm syndrome.

Working With Zukovsky to Seize The Day

Bond makes his way back to the Caspian Sea, where he and Jones visit his old friend, Zukovsky at his caviar factory. They seek more information on Elektra but are then attacked by her sawing helicopters. She’s aware of what Bond is up to and doing with Jones. Zukovsky, apparently, had an arrangement with Elektra, which was in exchange for using a submarine that is captained by Nikolai, the nephew of Zukovsky. Here, Jones has a realization: if Zokas inserts the stolen plutonium into the nuclear reactor of the submarine, such a nuclear explosion could destroy Istanbul and leave Elektra’s oil pipeline uncontested after sabotaging the Russians’ oil pipeline in the Bosphorus.

Bond gains a signal from M with the locator card M activates in the clock battery. Bond and Jones find themselves captured by Elektra’s henchmen, where Bond is taken to the tower and Jones aboard the submarine. This is to separate the two from working together. However, Bond faces the worst. He is tortured by Elektra and the interaction between them is as sad as it is heartbreaking. To see Bond have to face a friend is thematic of the Pierce Brosnan Bond films in many ways except for Die Another Day, where there is no betrayal of friends whatsoever. What’s just as touching is the death of Zukovsky as he is shot by Elektra, dying after freeing Bond with his cane gun. Bond frees M and kills Elektra tragically.

The Smash Finish With Christmas in Turkey

Freeing Jones, Bond kills Zokas in the submarine’s reaction room. In intense fashion, Bond uses a plutonium rod to finish his foe off. Bond and Jones are able to escape with the torpedo launcher as the reactor floods and detonates underwater. Perhaps, calling back to From Russia With Love, Bond finds himself once more with a beautiful and smart dame in Turkey, likely Istanbul. It’s here something happens that makes M embarrassed when they attempt to catch up with 007. It is not surprising at all he is doing such a thing but M expects better from him. Like Bond though, you can never guess what antics he’ll be up to next. With Pierce Brosnan as Bond, this marks one of the finest installments.

He plays up many emotions with Sophie Marceau’s Elektra. It becomes a tragic affair and these two push the film further, along with Judi Dench’s M. Denise Richards does an admirable job as Jones in what she was hired to do. Sure she has some awkward scenes but that’s how her character was written too. It’s a good film and one that is scary, warning us not only of the challenges and temptations of our 21st century and society but taking us to new heights and reminding us of old ones in this film.


About the author: Tommy Zimmer is a writer whose work has appeared online and in print. His work covers a variety of topics, including politics, economics, health and wellness, the entertainment industry, and door and window sensors. 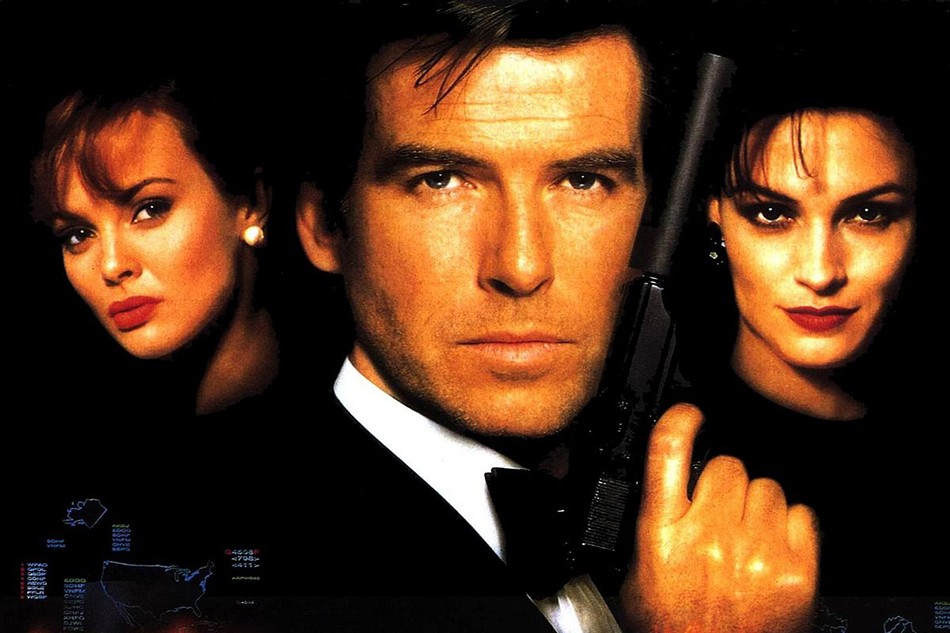