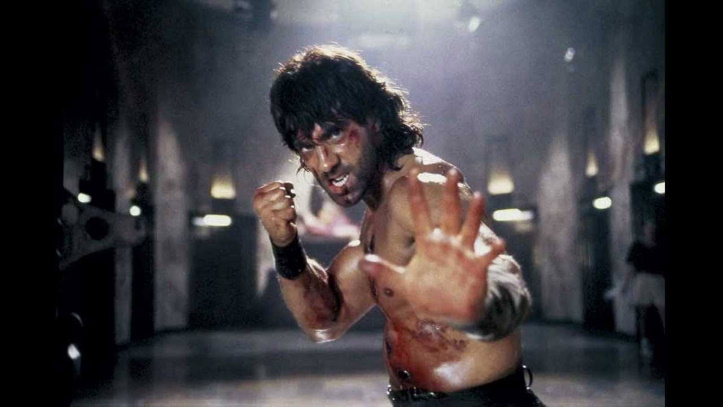 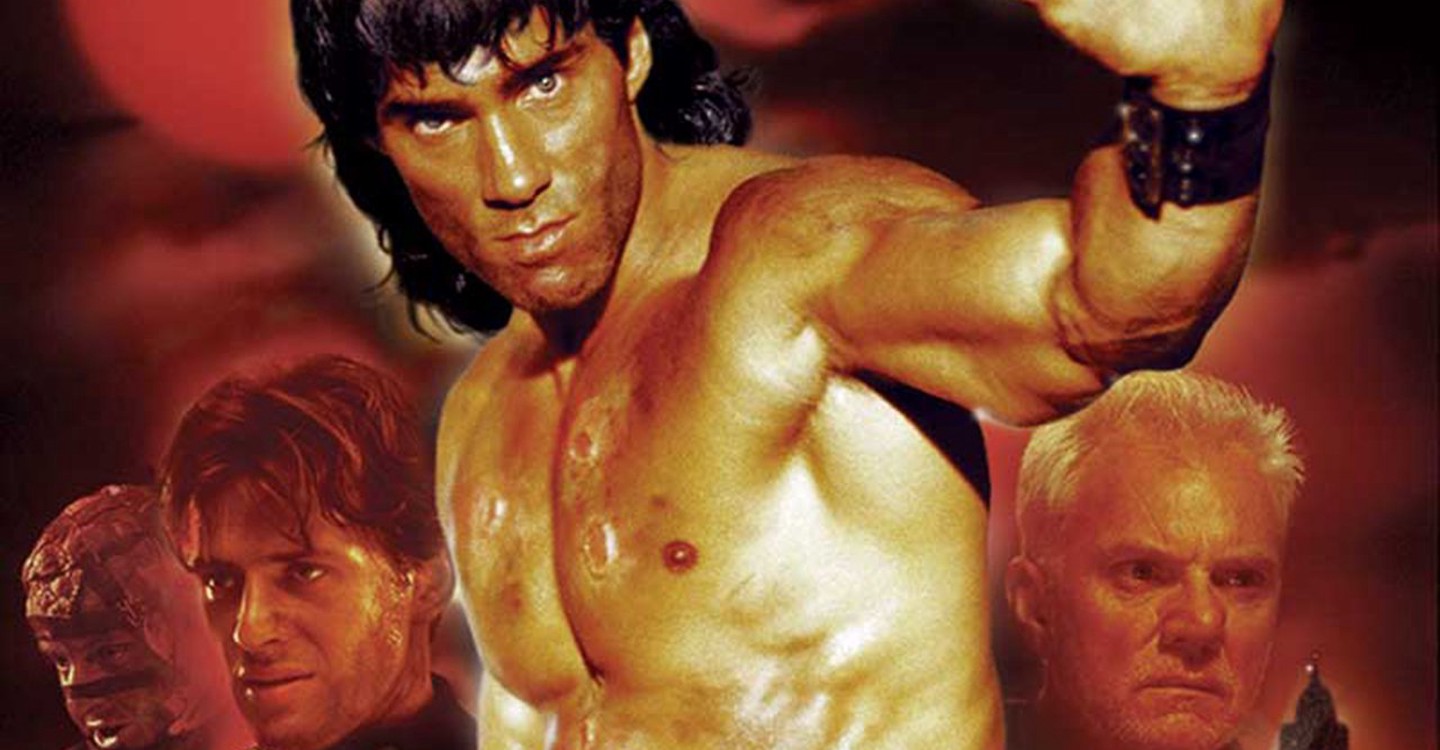 This was the big one for Gary Daniels, his opportunity to show that he can carry a movie with a medium-sized budget on his own. Daniels started kicking ass in action movies in the early 1990s, and appeared in numerous low-budget productions with his martial arts skills easily being the best thing about them. Fist of the North Star was his first lead role in a larger production. The film was also guaranteed to get some attention as it was an adaptation of an extremely popular Japanese manga and anime series.

It’s always difficult to put the rich lore of a monumental saga into a single movie. I can imagine that as a faithful adaptation of its template, the film was considered a complete failure for many fans of the original. But we’ll put this issue aside for this article, and judge Fist of the North Star only by its merits as an action movie.

Daniels plays Kenshiro, member of the North Star, a clan of martial arts warriors with supernatural powers. North Star competes with the Southern Cross faction over what’s left of civilization after World War 3. Southern Cross leader Shin kills Kenshiro’s father, and establishes a tyrannical rule over the world. Kenshiro survives the attack, and becomes a one-man army that thrashes everyone who stands between him and his quest for revenge.

Fist of the North Star was directed by Tony Randel, who is mostly known for shooting the sequel to Hellraiser. His first venture into the action genre resulted in a very entertaining film that looks a lot better than it should considering its budget. Randel creates a pretty awesome visual mix, and combines the classic post-apocalyptic imagery of crumbling cities and desolate desert landscapes with Soviet-style art and a touch of Metropolis. The movie also benefits enormously from Randel’s skills as a professional editor. The quality of the action is excellent with long shots and smooth transitions, and is leagues better than the messy fight scenes we see all too often in low-budget action flicks.

Gary Daniels Rises to the Occasion

Daniels presents himself in top form, and delivers all sorts of crazy kicks and punches to his  opponents. They usually die a brutal death, as his martial arts powers are capable of rearranging body parts in very uncanny and unhealthy ways. If we look at the work Daniels is doing in Fist of the North Star, and also other films like Bloodmoon and Hawk’s Vengeance from that era, there’s no doubt that he was one of the most talented martial artists ever to enter the movie arena. I find it really unfortunate that he never became as successful as some of his peers.

In Fist of the North Star he looks pretty bad-ass with a cool mullet, a worn black leather jacket and a grim look on his face all the time. His acting – like that of many action heroes in the 1980s and 1990s – could be better, of course. But no one can be a World Kickboxing champion and win an Oscar for best actor in their life, so no issue here. Alas, Fist of the North Star did not advance Daniels’ career, and he would continue to display his martial arts prowess in productions that were firmly rooted in the B-tier of action movies.

Kenshiro’s exploits are nicely complemented by the activities of the bad guys. The Southern cross gang does not really seem to be interested in preserving whatever is left of civilization, but just engages in one killing spree after the other. They all look and behave beautifully deranged, and especially Chris Penn as Shin’s left hand indulges in some terrific overacting. He looks as if he was put through a meat grinder before shooting his scenes, and wears a leather helmet that literally prevents his head from exploding.

The film is really entertaining, but it does have a couple of issues. It’s a bit too serious on occasion, and gets a serious cheese factor in some scenes. Examples are Kenshiro giving a weird Jesus impression when he heals a blind girl with his touch, or when he has a chat with his dead father that briefly rises from the grave as a zombie. Another problem is that the story is totally incoherent and some plot elements are just going nowhere. This may have to do with the makers trying to cram as much references to the manga as possible into the movie, but a bit more focus would have helped a lot, I think.

Fist of the North Star is a kick-ass, if slightly messy action flick with a great physical performance by Daniels. It’s not unlike Albert Pyun’s classic Cyborg in some ways, and certainly is one of the better post-apocalyptic B-action movies that came out since Mad Max.