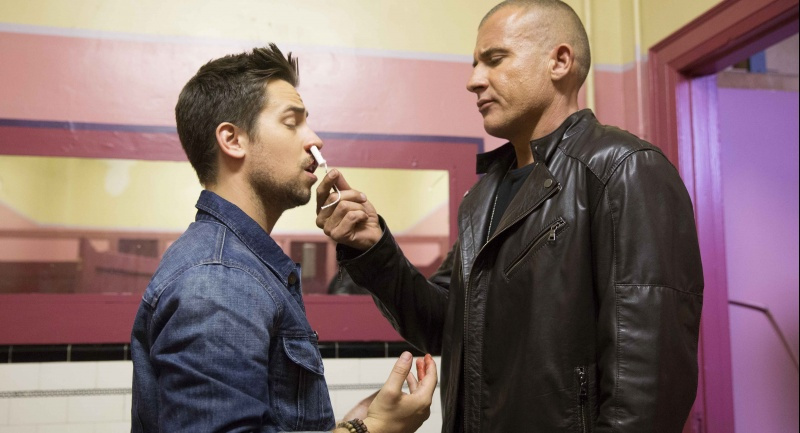 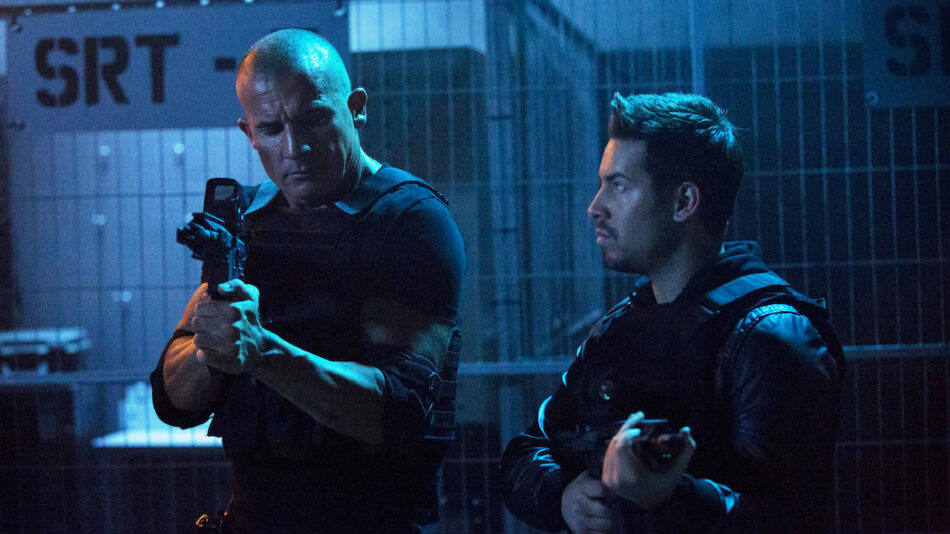 If you are reading this right now, you are like me, a fan of old school, balls to the wall, action cinema from yesteryear.

The landscape of what is popular in the mainstream may have changed in a lot of ways, but if you look hard enough in the direct-to-video market especially, there are still films that cater to us old schoolers.

Few have done it better than 2015’s Gridlocked.

Prison Break star Dominic Purcell has certainly carved out his place in the DTV action world and he leads the way here, while joined by an all-star cast of familiar faces. Purcell stars as a former SWAT team leader who ends up on tour guide duties as he is being shadowed by this arrogant, trouble making movie star, who is doing research for his next role. Cody Hackman plays the annoying ride along partner almost too well, but as the movie goes he becomes more endearing and you end up pulling for him too.

This is where elements of Lethal Weapon come in, as this film does well with the buddy-banter between the two. The film starts out pretty light and turns into an intense thriller when Purcell takes him for a behind the scenes look at an old prison, which is now used for a training facility. We are then introduced to the legendary Danny Glover (Lethal Weapon), who is a veteran officer, now working behind the desk as the “gatekeeper”. He turns in a solid performance as we expect from him and does well with what he is given. 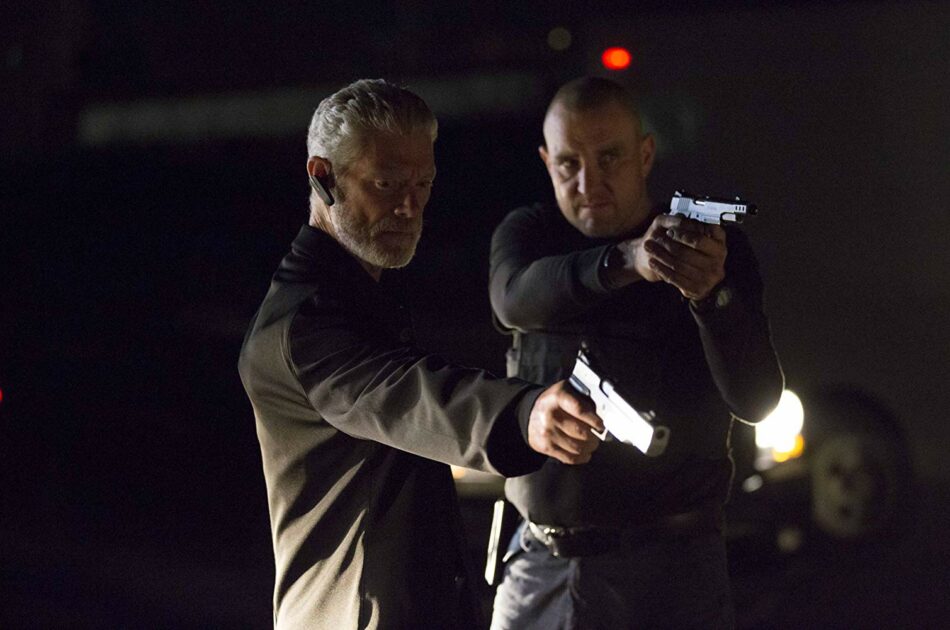 It’s all fun and games until the place comes under attack by a crew of ruthless mercenaries, led by the underrated Stephen Lang (Avatar/Fire Down Below) and the quintessential action movie bad guy, Vinnie Jones (Snatch/Gone In 60 Seconds/Submerged). These two make a great, evil tandem and chew up the screen in every scene they are in.

Why are they breaking into a SWAT training facility, you might ask? That is something you find out as the movie goes along. It only adds to the tension, as does the history between Purcell and Lang’s characters.

From midway on, we get a full on Die Hard/Assault on Precinct 13 type scenario. Yes, Gridlocked wears its influences on its sleeve, but it is glorious to watch and it has its own charm as well. It’s a nice kick in the ass to see that films like this can still be made these days.

I grew up watching professional wrestling and there was none more eye-catching than Trish Stratus. She excels in these type of action movie roles as well. She is a member of Purcell’s old team that join him in the fight to survive the night. The rest of the cast includes Saul Rubinek (Unforgiven/True Romance), Derek McGrath (Police Academy) and James A Woods, who is also a part of Purcell’s team, as is Steve Byers.

One of the Most Ultimate Action Films of the Decade! 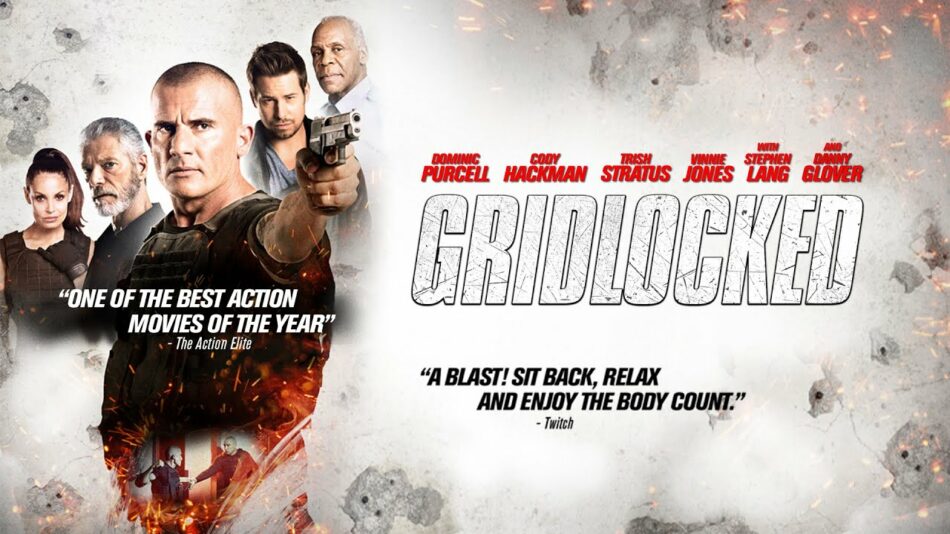 The film is directed and written by Allan Unger, who was new to the game at the time, but you really couldn’t tell. He definitely has an eye for atmosphere and especially the action. Bullets rained down in the film’s epic finale, complete with several satisfyingly brutal kills and a few hard hitting, well executed throwdowns. We get to see Purcell collide with both Jones and Lang. While Hackman has one of his own and Stratus gets to show off as well, in a ‘cheeky’ one on one fight.

With the Statham-esque cool factor, Purcell is one of my favorite DTV action stars of this past decade and I look forward to him doing more, once he gets done playing superhero on TV. According to IMDB, a sequel to this is in the works, titled Gridlocked Shanghai – bring it on! I couldn’t urge you more UAMC readers, Gridlocked is a non-stop thrill ride, one of my favorite action films of this past decade!