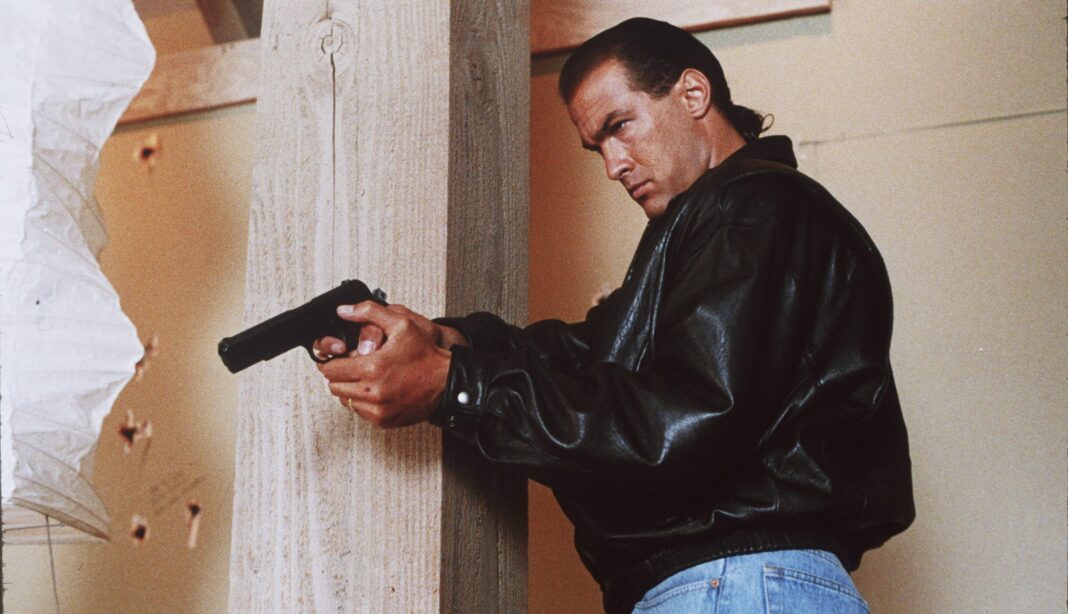 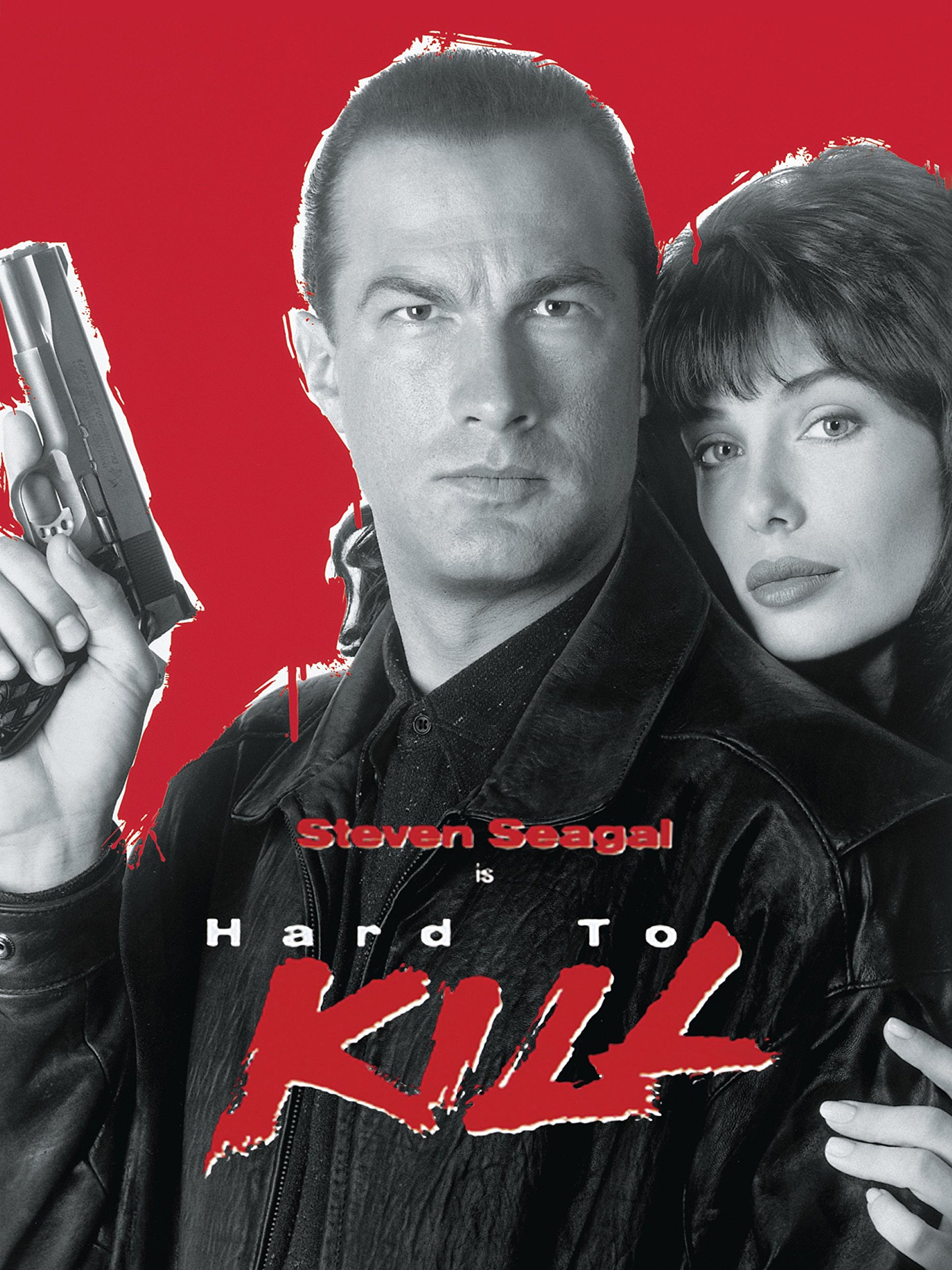 Back in 1990, Steven Seagal was hot property and his role in Hard to Kill was business as usual in this sense. A commercial success, it reached number 1 at the US box office and turned a healthy profit. This was arguably one of Seagal’s better films at the time and if you like action movies, then it’s a no-brainer to check this one out.

By today’s standards, Hard to Kill still holds up quite well. If not for one reason alone, it is filled with action from the start until the end and is considered to be one of Seagal’s most action-filled movies. In other words, Hard to Kill offered something of a ‘does what it says on the tin’ element in terms of providing non-stop action to its viewers. Importantly, this movie also debuted Seagal’s iconic ponytail which became synonymous with his image throughout his career. With this said, what’s not to like?

Looking back at the plot

The story of Hard to Kill is simplistic enough, with Seagal playing the role of Mason Storm, an undercover cop who is found out…and presumably killed by the gang he had infiltrated. However, as the title suggests, he was literally hard to kill and survived being shot. As you may expect, he was annoyed at being shot and his wife was also killed at the time, so the rest of the movie is based on him wreaking vengeance against the gang that nearly killed him.

Sprinkle in the exposure of a corrupt senator and you have the basis of the story. Interestingly, the role of playing an undercover law enforcer going against corruption was later revisited in Seagal’s career during the movie Exit Wounds in 2001. As you may have noticed, even the name ‘Mason Storm’ screams out ‘cliched, 90s action film’ and that’s part of its charm.

So, what else adds to the reputation of Hard to Kill? Firstly, the soundtrack is also very of-its-time and features over the top electronic music during the fight scenes. Whether cheesy or not, it’s undeniable that this works well and gets the adrenaline pumping for the viewer. This is something that is sometimes missing from modern action movies that aim to be too artistic with their scores, whereas the soundtrack throughout Hard to Kill is generally spot on. 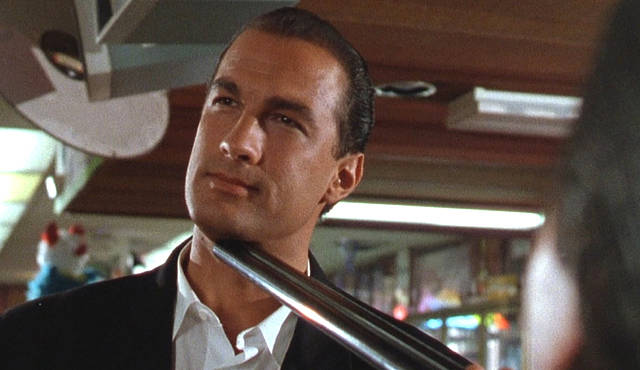 Elsewhere, the dialogue is also typical of its time, with Seagal in particular having some memorable one-liners. At one point whilst in a hurry, he says “Come on, let’s go guys. I’m missing the Oscars.” As you can expect with most action movies from this period, there’s a distinct sense of humor that shows it doesn’t take itself too seriously.

Perhaps the best part of the movie is the fight scene where Seagal successfully takes out over 10 villains and drives off. Here, he successfully escapes a hailstorm of machine gun bullets without receiving a single scratch to his face or body. The gun fight starts off in a house, where he shows pinpoint accuracy with a pistol, as well as showing off his hand-to-hand Aikido skills. Overall, the scene only lasts for 3.30 seconds but is explosive and action-packed throughout. This comes complete with over the top screams from dying henchmen and some impressive choreography at times too.

It’s stuff like this that makes Hard to Kill work. Was it ever going to be critically acclaimed and seen as some kind of poignant masterpiece? No way, however – judging it on those merits just isn’t fair. If viewed from the angle of an action-filled affair, then it does its job and is certainly not one of the worst movies from the genre.

Problems behind the scenes? 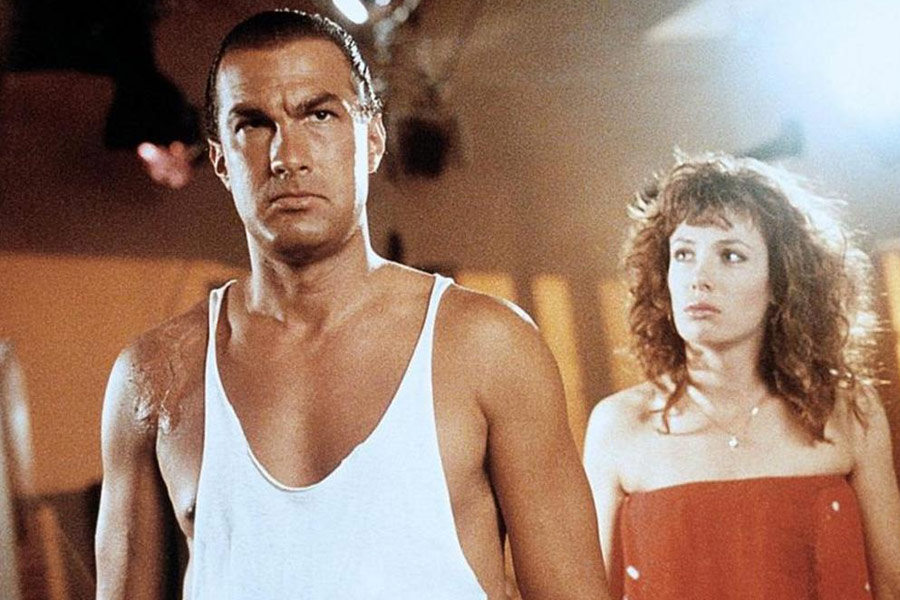 Although Seagal’s mainstream career was far from over at this point, there were certain signs of unease behind the scenes. For example, his wife at the time Kelly LeBrock played his love interest. She was apparently reluctant to play the role but did so as a favor to Seagal. Looking back on the movie years later, she dubbed it “Hard to watch” which says everything you need to know about her opinion on the flick.

Similarly, Seagal himself wasn’t exactly over the moon with how it ended and was vocal in his falling out with the director. According to Seagal, the director Bruce Malmuth had botched some of the fight scenes and excluded Seagal from the editing process. As has been mentioned down the years, Seagal hasn’t always been the easiest to work with, which may have led to tension between him and Malmuth. On a similar note, Craig R. Baxley also passed on directing the film – stating working with Seagal as the prime reason as to why he didn’t want to get involved.

Bad reviews, but was it really bad?

As you may have judged by now, I am unashamedly a fan of this film. As you may have also noticed, this movie wasn’t perfect either and this wasn’t just regarding an internal beef between actors and directors either. At the time of release, many professional film critics didn’t like Hard to Kill with some calling Seagal generic and others panning the genre entirely. However, there are two factors that go against this and work in favor of the film.

Firstly, as mentioned it was a commercial success. Whilst this doesn’t mean anything in the eyes of critics, it does mean that it was at least popular and highly anticipated at the time. Yes, action movies on the whole did perform better in the early 90s. However, this film had the best three-day opening ever at the time of release. This means that potentially, if it had a summer release then it could have been absolutely massive. Nonetheless, the point remains that Hard to Kill performed and showed that Seagal worked in terms of numbers.

The second reason for it being a good film is that it left a positive legacy when people look back. If you look online, no one is really rude or critical about Hard to Kill anymore. Instead, it’s quite the opposite. These days, most people are actually very complimentary towards the film and view it with pleasure. Whether you’re viewing it for a throwback towards memory lane, or you just want something easy to watch that isn’t too serious, then Hard to Kill is probably for you.

This film was never made for snobby critics in mind, and in that sense it appeals towards the common man. With this in mind, isn’t this actually the point of action movies in the first place? Yes, it may be cool and easy to bash Seagal – but let’s face it, the truth is that he has featured in these movies so consistently for a reason. Put simply, that reason is that he’s good at what he does. From his ponytail, to his leather jackets and his deep voice, you can’t deny that few actors play the role as well as Seagal…and that is why Hard to Kill remains a solid action movie.