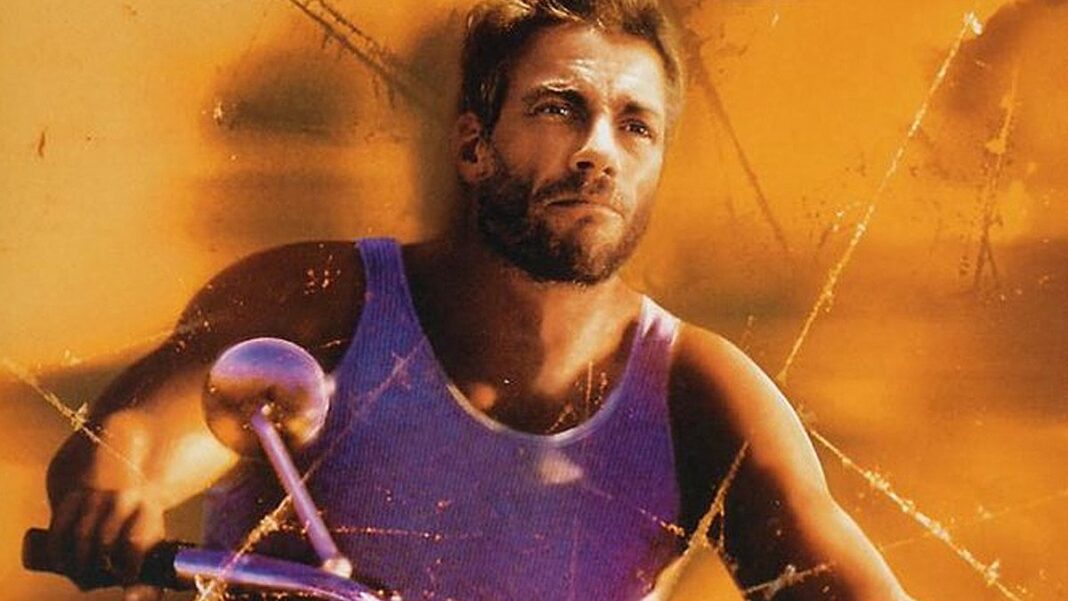 At a time when Jean-Claude Van Damme was forced to direct-to-video, his action prowess was actually at his most ultimate-ness in ‘Desert Heat’ aka ‘Inferno’ (1999). 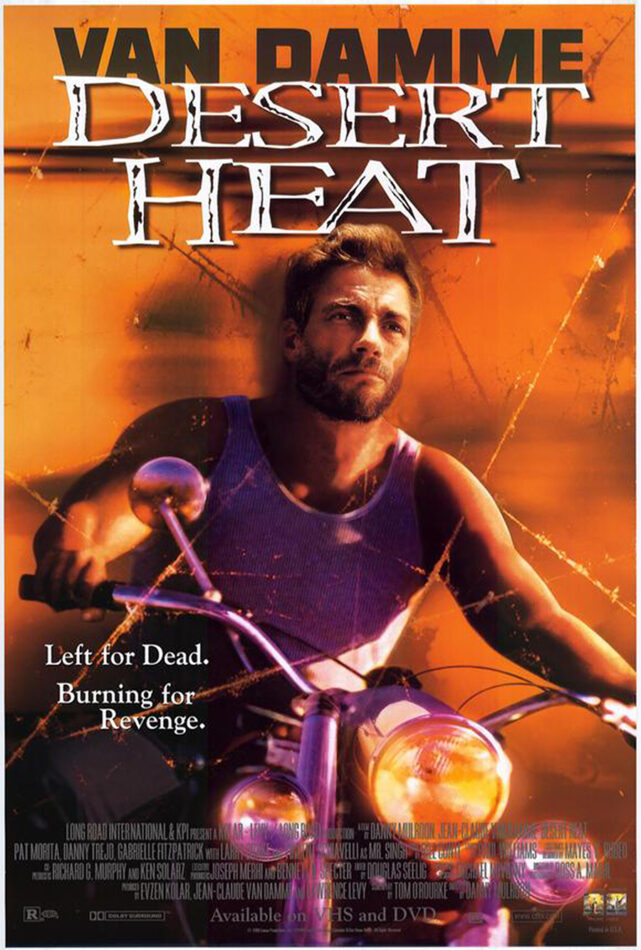 What a fantastic and legendary catalog of entertainment Jean-Claude Van Damme has given us over 30+ years. So many of us grew up with him. Younger fans caught on later on. Yours truly falling into the former and my brother, the latter. What a great time it was discussing our favorite JCVD films for his YouTube channel @ Bloodee Jacob, that you can check out below.

One of the films I just had to give an honorable mention was Desert Heat aka Inferno. One of the truly underrated Van Damme movies ever. Let’s dive into this one a little deeper today, UAMC readers.

Depending on what country you are living in, Desert Heat or Inferno marked a turning point in Jean-Claude’s career. Gone were the days of his big budget blockbusters and into the direct-to-video world he entered. I believe because of this, it didn’t get the attention it deserved at the time, but it seems it has become a bit of a cult favorite of fans over the years.

The story is basically a remake and an homage to a Japanese samurai film from the 60’s called Yojimbo. Van Damme stars as Eddie Lomax, a former soldier, now a drifter. The opening sees him riding out to the desert on his motorcycle with the intention of ending his life. The way they did this scene is brilliant. He is talking to his old war buddy played by Danny Trejo (the one and only), through hallucinations.

He is just about passed out drunk when some thugs from a nearby town ride up and beat him down. One of them is told to kill him, but of course we know that can’t happen at the beginning of the film. One of em with a conscience, only pretends to shoot him. They take his bike and ride off into a nearby town.

The rest of the film is a familiar tale of redemption and vengeance as the tagline boasts “Left for dead. Burning for revenge”. Trejo pops up, saves him and brings him back from death’s door. He is a bit of a legend around that area that everyone knows about. Trejo’s appearances seem to come out of nowhere, so much so that it made me stop and think for a second that it’s just his spirit, but that proves not to be the case, as he gets in on the action later on too. 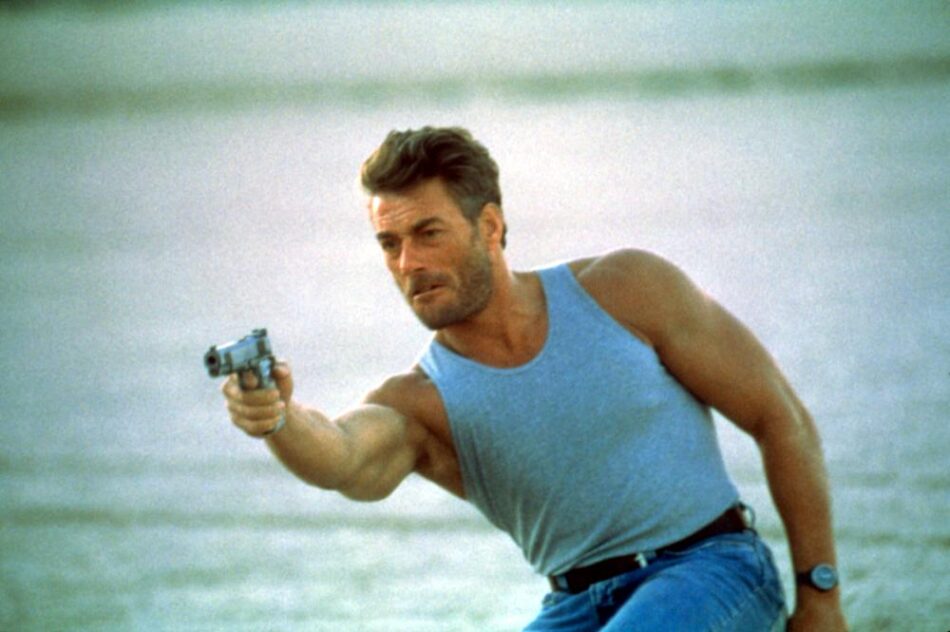 Van Damme eventually strolls into the town and this is where it really comes to life as he meets and interacts with the townspeople. What an all star cast, each bringing a lot of fun and personality into their unique and quirky characters. Gabrielle Fitzpatrick (Mr. Nice Guy/Farewell, My Love), a waitress famous for her apple pie, has an immediate spark with him.

The beautiful Jaime Pressly (Joe Dirt/’Mortal Kombat Conquest) plays second fiddle as a ditsy, southern talkin’ diner worker. Then we have the legendary Mr. Miyagi himself, Pat Morita (The Karate Kid), turning a memorable performance as he always does… as a sweet, insightful old man who on one hand, is patiently waiting on his wife to come back, but also has absolutely no problem with helping JCVD dispose of bodies. The chemistry everyone had together works perfectly.

The movie does not take itself too seriously, injecting some great comedic moments and lines. After defending a couple of women outside a bar, JCVD says with a smile, “Was that tough enough for you girls?”.

While I’ve always loved this movie, the one lesser part of it to me was the bad guys, but with each watch, I’ve come to warm up to them a bit, as they aren’t the most formidable, but are entertaining nonetheless. Martial artist and stuntman David “Shark” Fralick (Best of the Best 4/Assassins/Night Hunter) gives the best matchup.

But How Ultimate is it Today?

I do though, especially love the musical score throughout. A good score can really elevate a movie and this one certainly does it and sticks with you. The action when it does happen, is great fun. JCVD takes down the opposition with some cool gunplay, a few fights throughout, and in one scene, even does a hurricanrana takedown, snapping a guy’s neck.

Just as he is about to bite the bullet at the end, a loud jet soars overhead, providing just enough of a distraction for him to knock the gun out of Fralick’s hand and proceeds to do his signature kicks that we all know and love. The way this scene is timed and shot is so well done and epic.

Revisiting Desert Heat makes me wish this was more than just a one-off movie, a sequel would have been great and maybe even more so, I could easily see it making a successful TV-series for JCVD at the time. Whatever the case, it is a uniquely awesome slice of Van Dammage that deserves more love and praise!