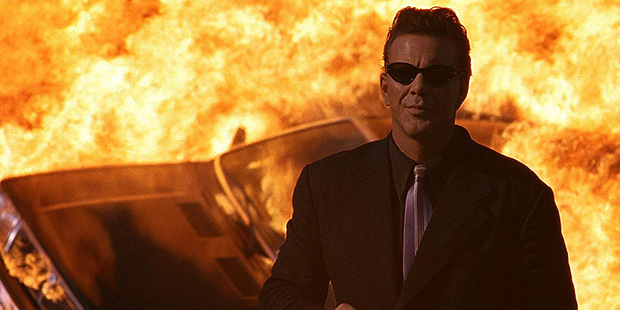 Mickey Rourke appeared in plenty of stinkers during his time in the doldrums back in the 1990s with films like Wild Orchid and Sylvester Stallone’s Get Carter remake immediately springing to mind.

But when it comes to choosing the hidden gems of this particular era, they don’t come much gleaming than 1997’s Double Team, which saw go bad as the villain facing off against Jean-Claude Van Damme and… Dennis Rodman.

And if that sounds like the most bizarre line-up of actors ever assembled, it’s worth noting that Paul Freeman, aka Rene Belloq from Raiders of the Lost Ark, also features.

Directed by seasoned Hong Kong martial arts film maker Tsui Hark, and written by Arachnophobia and Evolution scribe Don Jakoby, the film ranks among JCVD’s most bats*** crazy of all-time and that’s thanks, in no small part to Rourke. He plays, Stavros, a freelance international terrorist willing to work for any government able to stump up enough cash. So far, so ridiculous, but Rourke was having none of it.

Evidently seeing the film as an opportunity to return to the kind of training schedule he enjoyed during his brief career as a boxer, Rourke underwent a serious martial arts regimen to prepare for his fight scenes alongside Van Damme. It did the trick, with Rourke’s buff, shiny, appearance remaining an enduring memory of the film in the mind’s of most fans. Or us at least.

Rourke, to his credit, gives it his all with an unhinged performance that sees him throwing people through plate-glass with wild abandon and regularly either shooting guys in the face or just sneering at them before someone else does the deed or delivers a roundhouse kick.

Rourke and Van Damme Would be Pretty Ultimate… 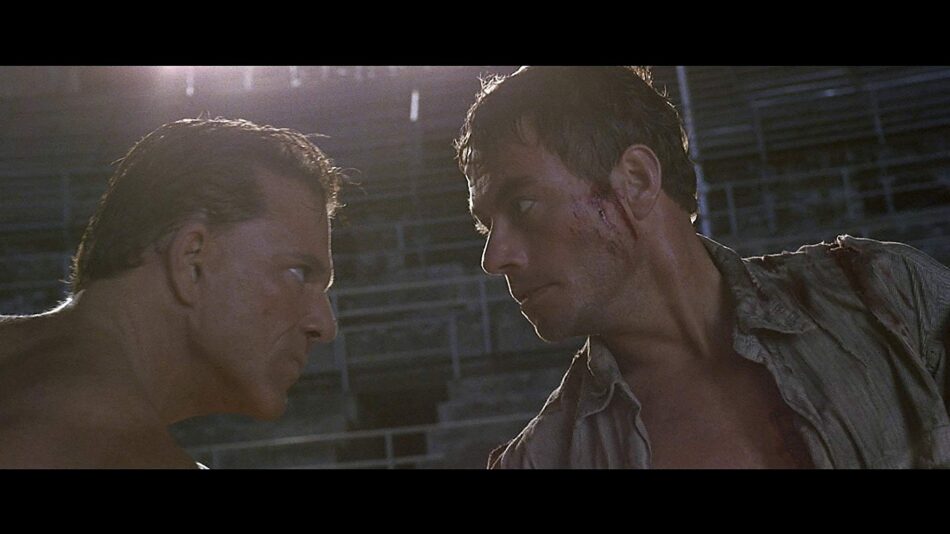 At the start of the movie, JCVD is a government assassin brought out of a sabbatical to “retire” Stavros after they get wind he is heading to a nearby theme park having just purchased some rather expensive plutonium.

Van Damme soon realises why he’s there though: Stavros is taking his six-year-old son on a lovely day trip. JCVD’s Jack Paul Quinn hesitates at the vital moment and ends up shooting Stavros’ son in a move that’s very Face/Off.

Enraged and upset, Stavros eventually escapes after a hospital maternity ward shootout that ends up knocking Van Damme’s Quinn out in the process. It’s here that things get weird. Quinn awakes to find himself on The Colony, a mysterious island full of old government assassins who have been sent there to see out their retirement years in secret. Yep, it’s a lot like The Prisoner.

Run by Freeman’s Alex Goldsmythe, inhabitants spend their days helping governments catch terrorists using a giant super computer set up in a kind of war room like the one seen in Dr. Strangelove.

However, Quinn is called into action when Stavros somehow gets in touch to let him know he’s kidnapped his wife, setting things up nicely for one of the most ludicrous training montages ever put to film. Van Damme must then escape the islands bizarrely intricate security system before getting in touch with eccentric arms dealer Yaz (Rodman) and going off to fight Stavros. 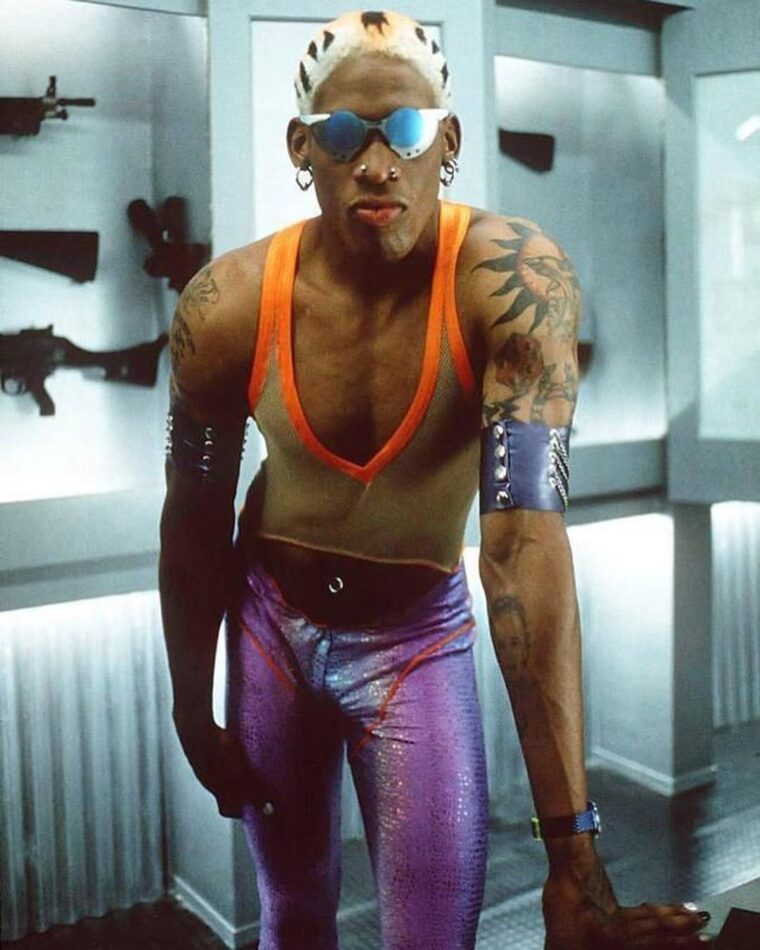 Once united, the banter between JCVD and Rodman is, without fail, painful. “Who does your hair,” Van Damme quips at one point, “Siegfried or Roy?”

Rodman, meanwhile, gives off the air of a man either unable to act or simply too disinterested to care – he probably had Carmen Electra waiting for him at home – with several of his lines evidently re-recorded in post-production, given that his mouth rarely moves in sync.

But despite the lack of chemistry between the pair, Rourke remains a worthy villain and still finds time to out-crazy the rest of the movie with the film’s killer finale. Facing off against JCVD and Rodman in Rome’s coliseum – long story – Rourke has got them stuck between a rock and a hard place or, more specifically, a coliseum full of land mines and a tiger.

But using a mix of Rodman’s “attitude” and Van Damme’s penchant for high kicks, the pair escape with Van Damme’s wife, after Rourke somehow steps on one of his own mines. He’s a trooper to the end though, delivering one final, emotive close-up to camera before being blown sky-high.

Oh and the tiger dies in the blast because, well f*ck you Tiger for getting involved in stuff that wasn’t your business. The gang even find time to fit some subtle product placement in there, using a Coca-Cola vending machine to shield themselves from the blast.

Universally panned, the film did at least get a good review from the LA Times who describe it as Rourke’s “best work in some time.” Ouch. Audiences disagreed though with the film making back just over a third of its $30 million budget and picking up three Golden Raspberries, though Rourke was not the recipient of any.

All of this meant that the plans that had been in place for a sequel were, unsurprisingly, scrapped, with the movie’s failure doing irreparable damage to Van Damme’s box office pull.

Director Hark and JCVD would reunite two years later for Knock-Off – an action movie also starring Rob Schneider that saw the Muscles From Brussels take on a gang of international criminals trading in counterfeit jeans.

It would get worse before it got better for Rourke though, who returned to one of his most famous roles as John Gray in the straight-to-video sequel to 9 1/2 Weeks entitled… Another 9 1/2 Weeks.

Rodman would return to acting with Simon Sez and Cutaway but, oddly enough, has not featured in many films since. Don’t call us Dennis, we’ll call you. Still, at least there was a happy ending for Rourke, who went on to appear in The Rainmaker less than a year later. 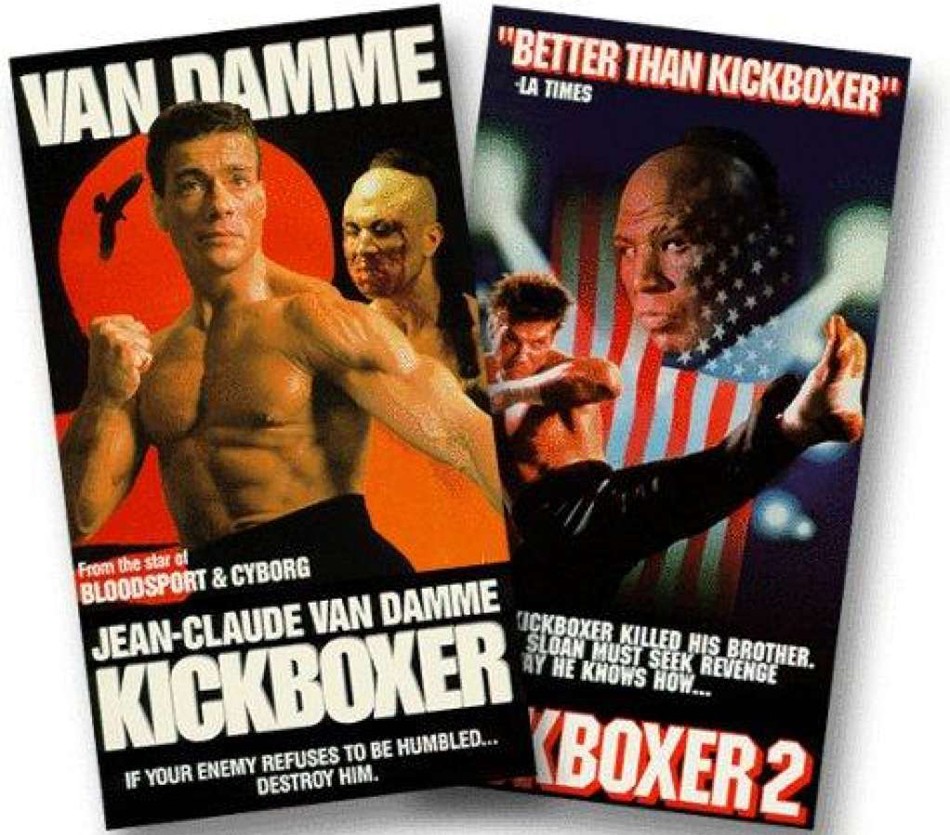