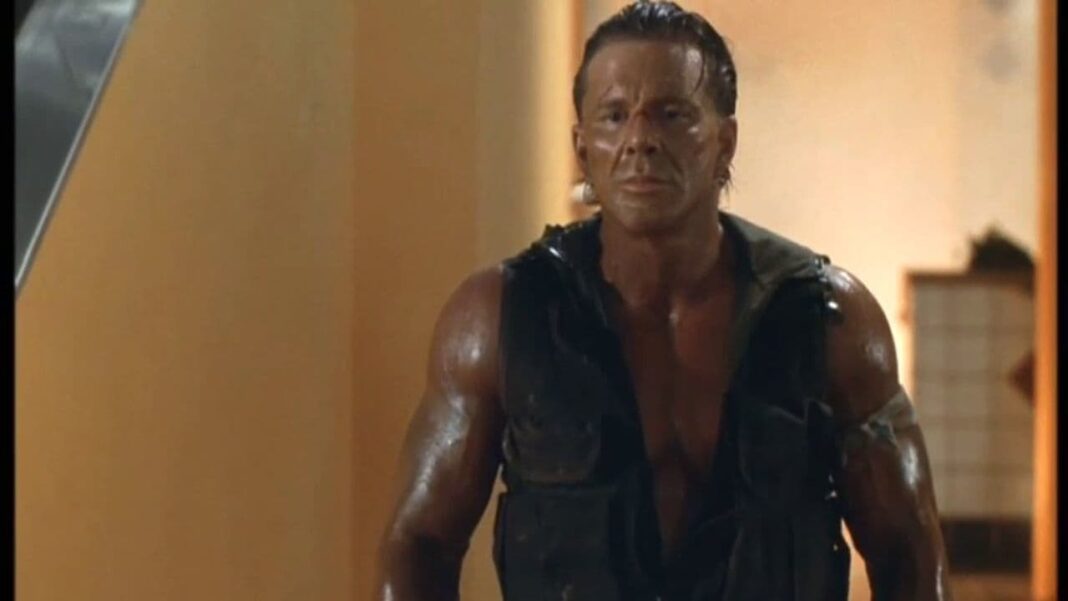 Mickey Rourke vs. Danny Trejo in a Die Hard-In-A-Mall situation? Where do I sign up?! 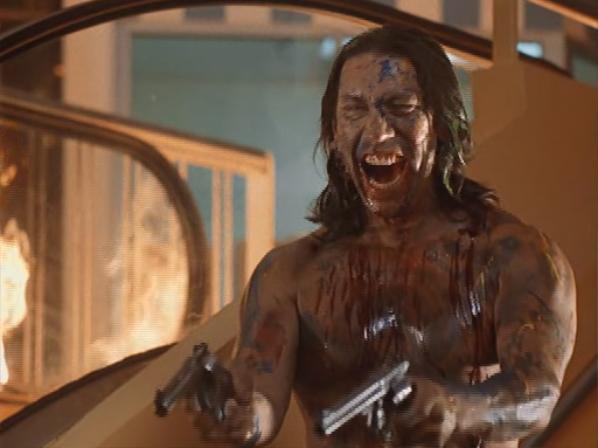 In 1998’s Point Blank we got just that and how it wasn’t “theater worthy” is beyond me! One of those DTV 90s action movies that were every bit as good as a lot of things that hit the theaters.

I’ve always been fan of Mickey Rourke. I think he always has a certain old school movie star presence to him, always underappreciated in the acting department and is just plain cool no matter what kind of movie he is in.

The Most Ultimate ‘Point Blank’

The movie starts off with a group of convicts being transported on a bus. One of them being corporate criminal Howard played by Paul Ben-Victor – one of those actors whose name might not ring a bell at first, but one you will surely recognize when you see his face.

His resume includes everything from True Romance to Daredevil, Tombstone to Red Scorpion II. Here he gives a surprisingly slick and cold-blooded performance as the mastermind behind the breakout. Sitting alongside him are fellow prisoners Wallace (played by Danny Trejo who needs no introduction), Michael Wright as Sonny (who is actually produced and wrote a song that was part of the Lionheart soundtrack) and Kevin Gage as Joe Ray (Heat) who plays the brother of Rourke. A layer to the movie that gets more and more interesting as it goes.

Anyway, it wastes no time for the bullets to start flying in a successful breakout attempt. They end up taking over a local mall in brutal and decisive fashion, killing many, before taking hostages and making their demands. 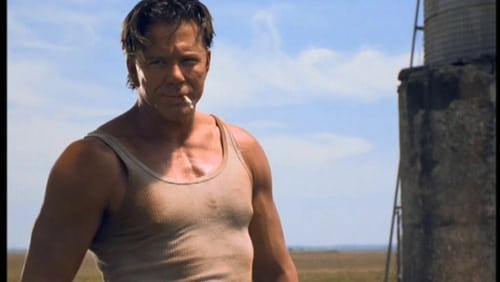 Enter a muscled-up Mickey Rourke, an ex-Texas ranger who is spending some quiet time with his father played by James Gammon (Major League/Silverado) when he finds out about what’s going on. His father encourages him to go in and get his brother out of there, so he sets out to do just that.

The movie takes some time to let you give you some backstory of each of the convicts, attempting to make you sympathize with them, but to no avail. I still couldn’t wait to see Rourke come through and take em all out one by one and he did just that. Well, almost all of them.

This was a time in Rourke’s career where he was also delving into professional boxing in the real world, so he was in tip-top shape. This also comes off the heels of going up against Van Damme in Double Team. I heard he got to train in some martial arts around that time and here in Point Blank, he gets to lay down his own brand of Van Damage.

Yes! He dishes out the punishment with some nice kicks, strikes and takedowns that would make Van Damme proud, while on the other hand, makes Trejo go apeshit as he at one point says “Who are you? Bruce fucking Lee?!”. There is a lot of cool slow-mo gunplay and some memorable kills involving shooting knives and suffocation by plastic bag while hanging from the ceiling.

The showdown between Rourke and Trejo is satisfying as they tear down the walls of an area of the mall that is under construction. Until another one of the baddies comes up and shoots Trejo for a reason I still don’t fully understand. You think he was dead until he resurfaces at the end all covered in blood and paint wielding two guns yelling “Where are you goin’ with my hostages?!”.

Oh Danny Trejo! What a national treasure he is. Fans of his won’t be left disappointed here either as he gets to do what he does in nearly every movie he is in – snorting coke while a topless woman dances for him! He turns in a great, over the top performance like only he can.

The plot is straight forward but damnit, it is so damn fun! Some cheesy lines, but in the best way possible. There’s still some good action movies being made these days, but they forget to inject a certain fun factor like they did in the good ol days of action cinema.

That’s why I still love the 80s and 90s era so much. If you are like me… a sucker for Die Hard type movies, then I have no doubt that you will have a blast with Point Blank too!