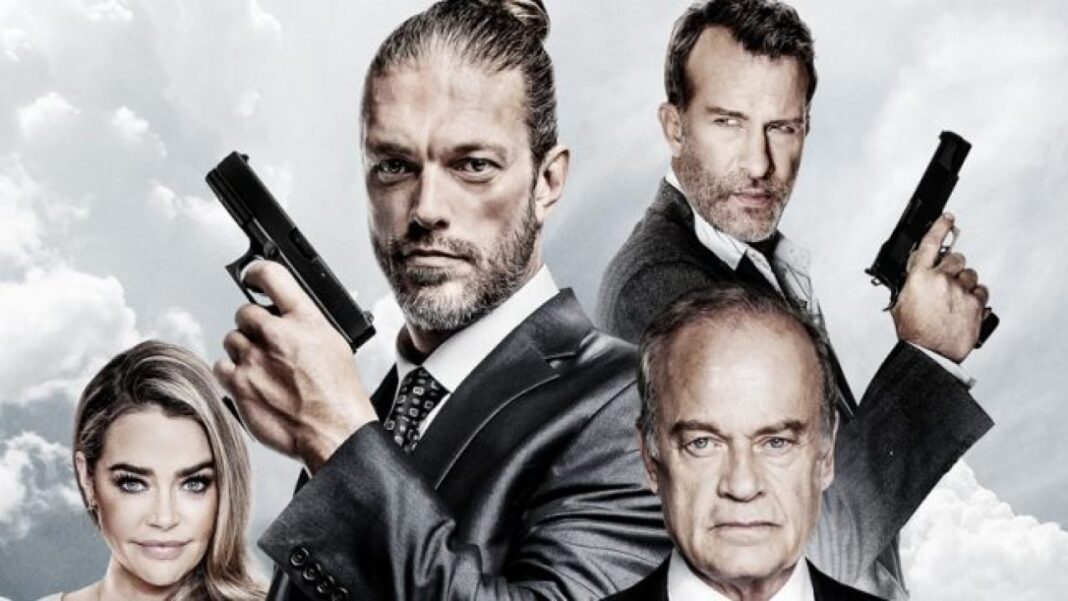 Adam Copeland enters the ring in the grand tradition of wrestlers-turned-action stars with the very solid Money Plane (2020). 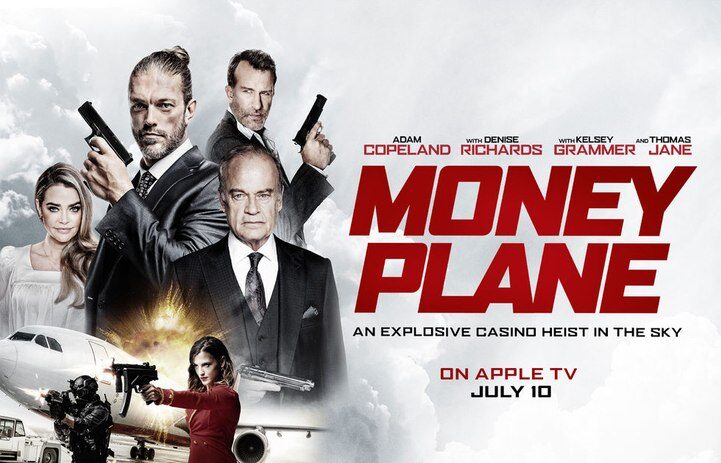 For years, wrestling and action movies have gone hand in hand. Just look at some of the wrestlers who’ve made the crossover into action movies: Dwayne Johnson, Steve Austin, Roddy Piper, John Cena, Jesse Ventura, Bill Goldberg, and Mike Mizanin, as well as many others. One of the many others was Adam Copeland, also known as the Rated R Superstar himself, Edge.

With starring roles in movies like the Jamie Kennedy co-starring Buddy Cop flick Bending the Rules, and the highly underrated thriller Interrogation, as well as co-starring roles on shows like Haven and Vikings, Copeland has conjured up a pretty decent resume for himself. Now, he returns to the action genre with Money Plane, a new high concept, high stakes action/heist thriller . So, how does it rank among other wrestler starring action flicks? Let’s find out!

A professional thief with $40 million in debt and his family’s life on the line must commit one final heist – rob a futuristic airborne casino filled with the world’s most dangerous criminals.

This… was pretty damn entertaining. I enjoyed this one quite a bit. A fast pace, some decent action, and a good sense of humor really make for a fun time with this one.

For starters, the best part about this is the cast. Aside from Copeland, we also have Kelsey Grammer, Thomas Jane, Denise Richards, Al Sapienza, all 3 Lawrence brothers (Joey, Matthew, & Andrew. More on that in a second), and relative newcomers like Katrina Norman and Patrick Lamont Jr.. And they all make this the entertaining endeavor it is.

Well, not so much Richards, whose two brief scenes in the film amount to about 90 seconds of screen time, but that’s neither here nor there. This is an awesome cast who give this their all when most actors of their caliber would probably slum it, especially Grammar and Jane, who are a ton of fun in roles they probably filmed in a day or two a piece.

But the true standouts of the cast are the Lawrence brothers. Andrew, who plays a member of Copeland’s team, and to my surprise also co-wrote and directed, makes this a family affair as he casts Joey in the role of the plane’s Concierge, and Matthew in the role of “The Cowboy”. All three are great, especially Matthew, who is pretty damn funny as The Cowboy, with a ridiculously thick Texas accent and a huge, fake Sam Elliott style mustache.

Some Quite Impressive Action Exploits 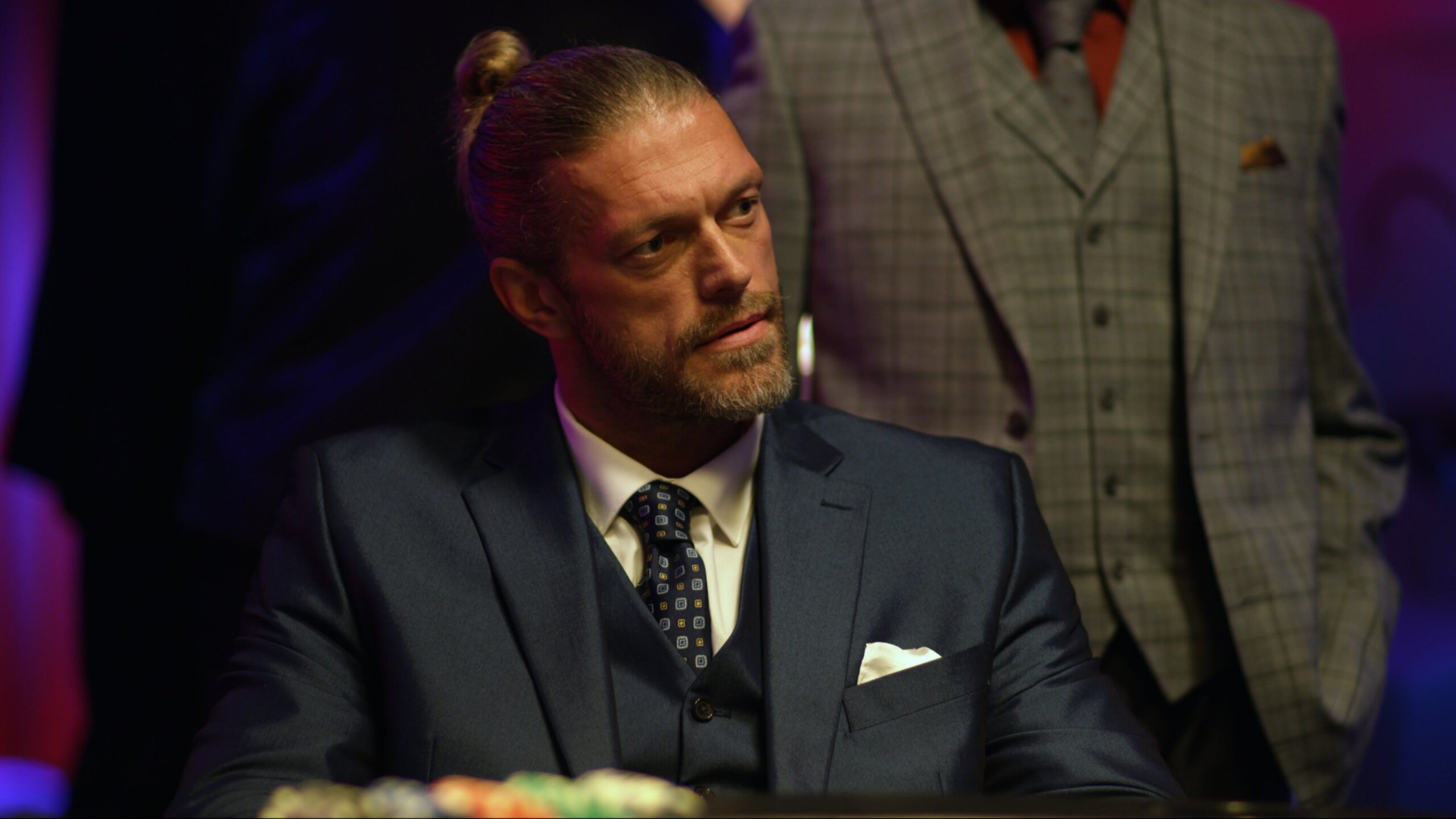 Now, onto the action. It’s all pretty well done. Andrew handles the action sequences fairly nicely, which is impressive when you consider this is only his second feature, and that he was working with an obvious low budget. We get a couple of shootouts and a slew of fist fights, most of which feature Norman, who gets this movie’s MVP for action performers, as she kicks the most ass. Jane also gets a nice shootout, where he shows he still remembers all his Punisher training.

The standout action sequence goes to Copeland’s fight with the co-pilot, who gives him a knockdown, slam bang fight scene right in the cockpit of the plane. It makes me wish there was more of Copeland fighting like this in the movie.

Which leads to my issues with the movie. Why oh why would you cast one of the most exciting and talented wrestlers of all time in Edge and only give him one good fight? Seriously, he punches a guy or two and fires a couple of shots in the beginning, then it’s the big cockpit fight,  and then that’s it. He’s flying the plane for the rest of the movie. He never fights again. Like damn, could we at least get him spearing somebody. I mean shit.

Also, why go through the trouble of casting Denise Richards in a role to only have her appear twice in scenes so brief that it makes Richard Grieco’s appearance in 22 Jump Street look huge by comparison? Like you could’ve used the money it took to cast her for the day she worked and distributed that money to other scenes that needed it and just hired a cheaper, no name actress to suffice. It really would’ve made no difference.

But other than that, I found this to be a fun little way to kill 82 mins. It’s well put together, funny, has some good action, and features Kelsey Grammer firing a machine gun while screaming at the top of his lungs. Sounds like a pretty cool time to me.