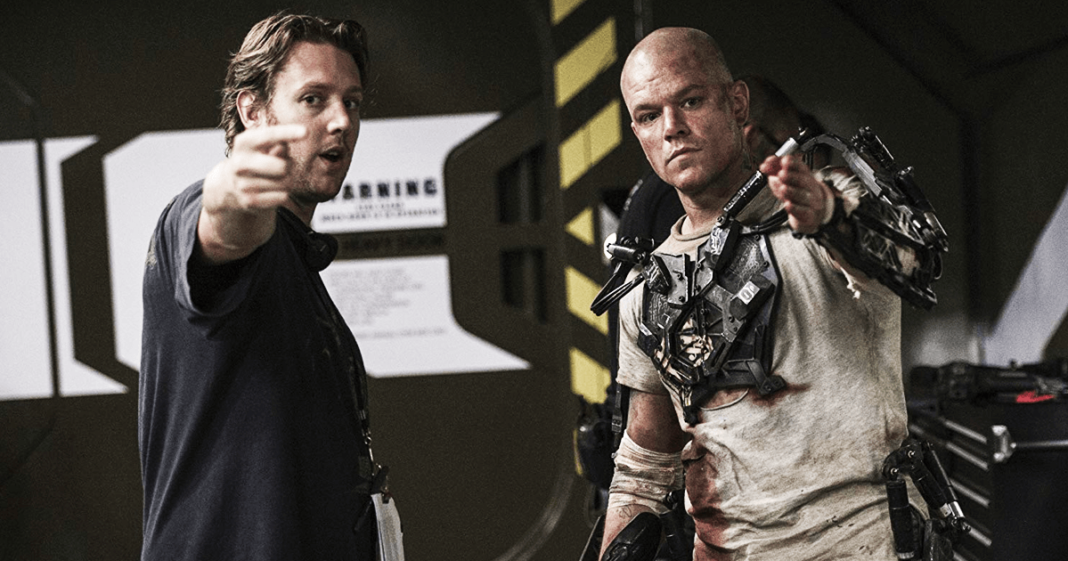 A look back at the ultimate action sci-fi films from Neill Blomkamp. 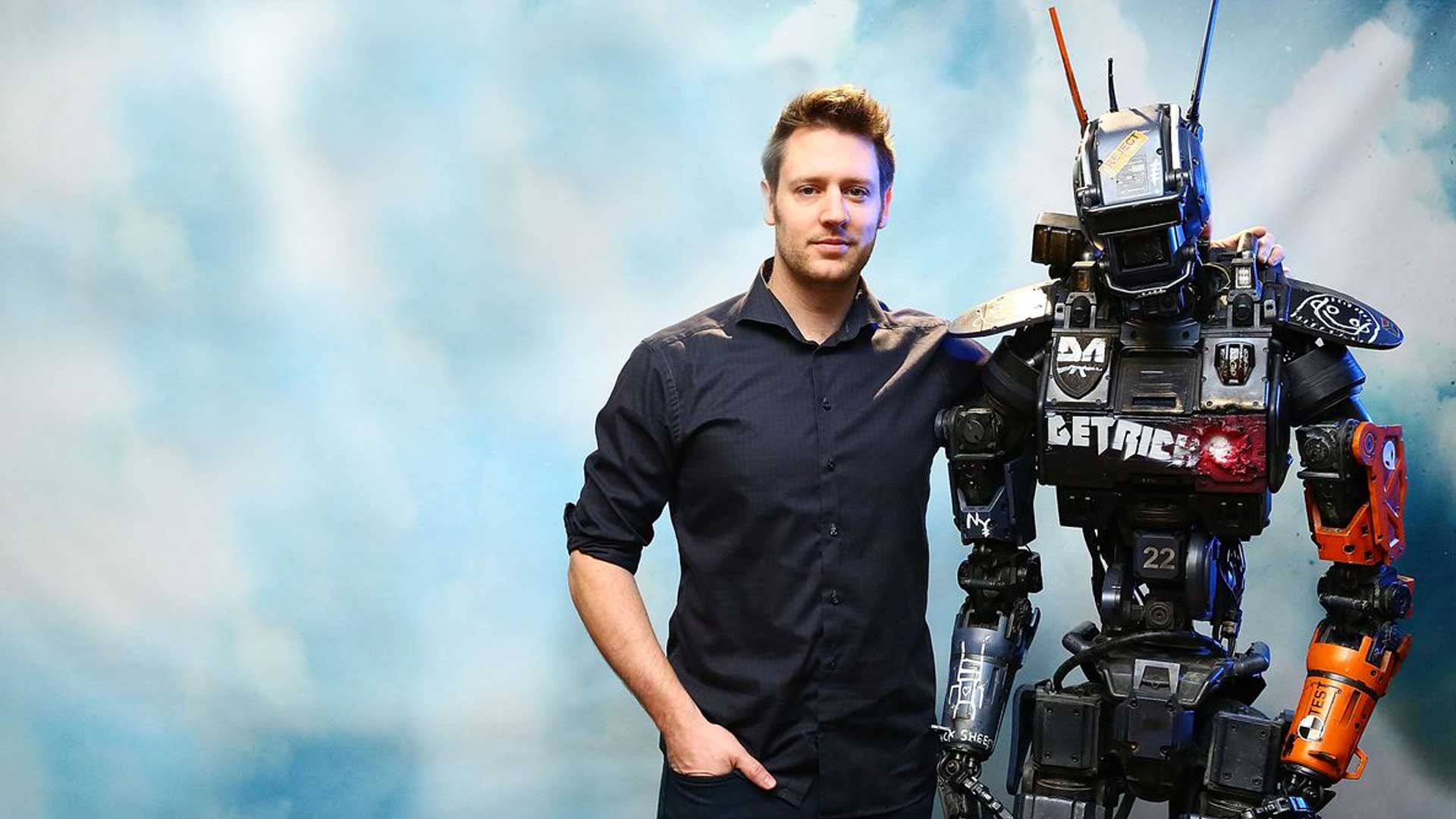 Science Fiction knows many themes, but becomes most riveting when it combines fantastic worlds and stories with reflections on the human condition and the current state of our society. In 2009, Neill Blomkamp landed a smash hit with his debut District 9, an action-packed and heart-breaking tale of alien refugees being terrorized by a cynical government and greedy corporations. He followed up with two movies in a similar vein, Elysium and Chappie.

While not a trilogy connected by characters and settings, all three films addressed burning issues of societal relevance without any subtlety, and mixed them up with blowout action sequences, a combination that we haven’t seen in such intensity since 1987’s Robocop. So let’s venture into the world of this visionary director, who has graced us with three absolute masterpieces of 21st century Sci-Fi action cinema!

With his second film, Blomkamp created the ultimate dystopia and cemented his reputation as a filmmaker that combined biting social commentary with high-octane action, this time with the support of Hollywood superstars Jodie Foster and Matt Damon.

In the future, Earth’s population lives in filth and misery, while a small group of super-rich enjoys life in the lavish space station Elysium. Max suffers a deadly dose of radiation during an accident at his workplace, a factory for police droids. With only five days to live, he needs to get to the medical treatment chambers on Elysium to save his life. In return for a ticket on a transport arranged by human trafficker Spider, he agrees to be turned into a weaponized cyborg. His mission is to abduct the designer of Elysium Carlyle, who is residing on Earth, and carries a data chip in his head that can change the course of history for all mankind.

Only a little less than a decade after Elysium was released, many aspects of the film are uncannily close to what would happen if we extrapolate all the worst things in our current society to an extreme, but not completely unlikely scenario. The middle class has disappeared and the poor 99% live on a garbage planet. The vision of billionaires like Jeff Bezos and Elon Musk to leave earth either temporarily or even permanently has become a reality with Elysium, an unreachable paradise with miraculous healthcare. And Max’ workplace feels like a hellish version of an Amazon warehouse where humans are assembling their slaveholders.

Blomkamp immerses the audience without mercy into this terrible, but strangely familiar world, where everyone is either broken, sick or a maniac. Elysium would be an outright depressive film if there wasn’t some cathartic release of ultraviolence during Max’s ordeal. The action hits extremely hard with savage brutality, and keeps coming almost non-stop in the second half of the film. Max’s insane body modifications make him an unstoppable killing machine, and equipped with oversized and supercharged weapons he smashes up squads of droids and mercenaries. The action set pieces are of a stunning intensity, even though they lose some momentum towards the end of the film.

Matt Damon (as Max) and Jodie Foster’s as Elysium’s tyrannical defense secretary give solid, but not very inspired performances. It’s hard to be intense, though, if you have someone like Sharlto Copley going for the Maniac of the Century award. Even though Blomkamp’s muse is relegated to the second rank in the film he makes the screen explode as usual, this time as Elysium’s enforcer on earth, a psychotic mercenary with a katana and explosive shurikens as his weapons of choice! While being a ted less crazy than Blomkamp’s other two films, Elysium is still a delightfully radical Sci-Fi action spectacle.

An innocent child, a caring mother, and a manipulative father living on the outskirts of society. This sounds like the ingredients for a dark family drama, but the kid is a robot, the parents are two gangsters portrayed by famous South African rap duo Die Antwoord, Ninja and Yolandi, and those are only two aspects of Chappie’s colorful absurdity!

Arms corporation Tetravaal builds and operates the Scouts, a squad of police droids that are deployed to combat rampant crime in Johannesburg. Tetravaal engineer Deon develops an artificial intelligence and tests it on a decommissioned Scout unit. The droid (named Chappie) is stolen by gangster Ninja who seeks to exploit Chappie’s superhuman combat skills for a heist. And Deon’s jealous co-worker Vincent is also after Chappie’s AI for his own product line of assault mechs.

Chappie revisits one of the themes from District 9: an extraordinary creature humanity can learn so much from becomes nothing more than a target for selfish and sinister intentions. On top of that, the film approaches the nurture vs. nature controversy in a most entertaining way. Happy and sad, angry and cheerful, we go through all the emotions with this confused robot (with killer voice acting by Sharlto Copley) who just wants to read children’s books with his mummy, but is always drawn into trouble by Ninja.

And just like in Blomkamp’s previous films, Chappie is ripe with criticism and ridicule of arms corporations. The company is embodied by Hugh Jackman in a pretty awesome role as psychotic weapons engineer with a five dollar haircut, who convincingly answers the questions who the real criminals are in this film.

The action frequency is not extremely high, but there’s still plenty of mayhem going around. Gangsters and killers robots are clashing in bloody shootouts, with Chappie causing a good deal of mostly unintentional havoc on his own. A robot teaches us a lesson in humanism, and again Blomkamp managed to create a film full of humor, heart and awesome action, what better way is there to digest food for thought?

Blomkamp crashed through the gates of Hollywood with his debut movie, which even earned him four Oscar nominations! Thought-provoking Science-Fiction got relegated to art-house cinema to a large extent in recent decades, but with District 9 Blomkamp brought it back to Blockbuster action flicks big time!

An alien spaceship floats over the city of Johannesburg. Weakened and starving aliens are found inside and put into a camp. Years later, the camp has degraded into a crime zone, and the city administration tasks weapons corporation MNU with relocating the aliens to District 9, a more tightly controlled compound outside the city. Wikus van de Merwe is put in charge to run the operation, and is exposed accidentally to a black liquid found in an alien shack during the raid. He starts to undergo a ghastly transformation, which makes him the target of MNU mercenaries and Nigerian warlords.

The plot is not even a metaphor, but re-creates the South African apartheid regime of the past with aliens as helpless victims instead. And it doesn’t stop there, Blomkamp even draws a line back to the Nazi terror with concentration camps, murderous medical experiments and a slow genocide with MNU officers destroying all alien eggs they can find. On this grim foundation, he builds a thrilling story of betrayal, hope and friendship. Sharlto Copley carries the movie almost on his own, as the tragic protagonist Wikus, who realizes what horrible policies he helped to enforce only when it’s too late and he sees things from the other side of the fence. Ironically, he becomes the most sought after individual in the whole camp, as he undergoes a physical and mental transformation during his ordeal.

Starting out as a feeble bureaucrat he gradually evolves into a remorseless avenger, also thanks to weapon technology from another planet. Hyper-fast projectiles with extreme impact let everything explode, be it buildings, cars or human bodies. Aliens vs.  mercenaries vs. warlords give us some high-octane action sequences that turn the slums of Johannesburg into a warzone. With District 9, Blomkamp combined the intensity of Black Hawk Down with an intricate plot and biting social commentary a la Robocop, and gave us everything a genre fan could dream of packed into a single film!