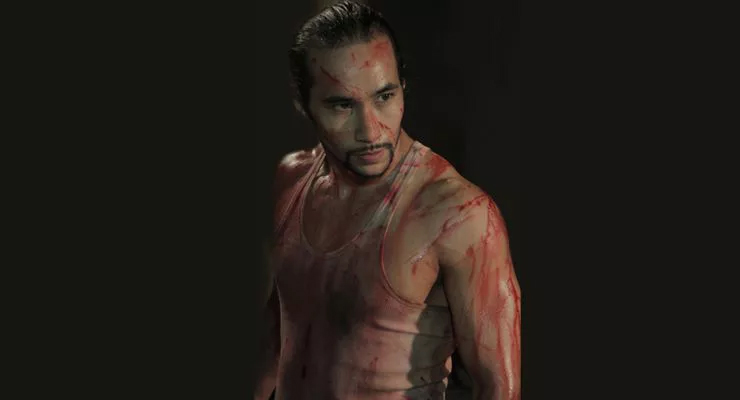 An interview with Tim Man about some of his ultimate classics and a few upcoming projects. 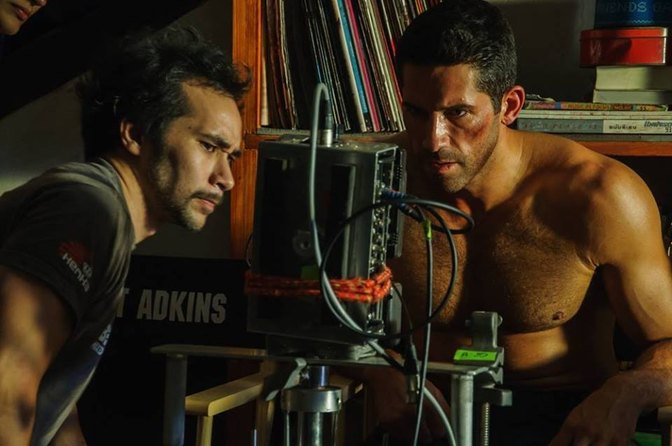 Even to those who appreciate direct-to-video action films the name Tim Man may be unfamiliar. However, chances are you have seen a film that he has worked on. Man is a fight choreographer and Second unit director that has been bringing his vicious action design to the screen for quite some time. He’s worked on notable films such as One Shot, Ninja: Shadow of a Tear, and Boyka: Undisputed. I was lucky enough to chat with Man about his approach to crafting fights and more.

Cameron Levins:  I know you’ve worked with Wade Barrett (Stu Bennet) before. But how was it working with The Miz and Shawn Michaels? And how do you approach working with wrestlers?

Tim Man: Yeah, one thing is that for movies, it’s a bit different than it is for them when they’re wrestling. It’s a live audience and they have to perform big punches and big reactions, you know, like over and overacting a little bit when they get punched. But for the movies, we needed to make it smaller. So I learned that with Stu Bennett, we have to make everything smaller because he was making everything big, like big punches and everything.

So I had that in mind when I was doing Marine 6 because I knew Mike[Mizanin] and Shawn Michaels and Becky[Lynch] and all of them are from the wrestling world. You know, we all had that in mind. I read the script, the fights were explained, and then I made the previz videos. But, I choreographed it with the stunt team, and then I shot it and I sent it to the director and the director sent it to the actors, and they had a look at it. And if they like it, they approve of it and so on, you know?

Cameron Levins: It’s not in the credits but in that film, you also did second unit?

Tim Man: It’s a low-budget movie.  It works a bit differently. The director usually gets all the credit in smaller productions, you know, but he directs the actors. But then when it comes to action, normally I step in and take over and then I get credit as the action director. In Asia, you get the credit, no problem. But in the West, it’s like there is no such credit really nowadays, you know.

There’s second unit or you just get to fight the choreographer or whatever, I don’t mind. I don’t care about the credits, you know, it’s just credits. But yeah I did the action directing for the fight scenes and the action overall and sometimes we’d split the unit. I went and shot with Becky, for example, while they were shooting other action scenes.

Cameron Levins: Do you feel that getting your hands on the camera and actually filming it gives you more control over the final product?

Tim Man: The problems in the final product are usually not with the action directing. They usually mess everything up in the editing. When I shoot something, I shoot it in parts. They don’t have a choice [in which angle to use], but sometimes they use multiple cameras, and then you can mess it up. But I’m trying to do the editing as well. I don’t think that I did any editing of Marine. Maybe I did some and I don’t remember really, but I’m trying to do more editing because it’s my vision, so I’m trying to get more hands-on editing.

Cameron Levins: In the future do you ever see yourself directing your own films?

Tim Man: Yeah, why not? I mean, it’s very different from action directing because if I would do directing, then I would have to leave the action directing kind of. I mean, I would still be in that headspace. But I can’t prep the action like I’m doing now. Then I have to make someone else prep action, like design everything. Because I will be handling everything. You’re just a general and you just hand out stuff, you know. So, yeah, I would, but not yet.

Cameron Levins: You mentioned doing previz, How often do you do them?

Tim Man: Well, to be honest, I don’t need the previz because I already know in my mind. I mean, the previz is not for me, it’s for the director. Some directors just don’t grasp it when I explain something, you know. They don’t have a clue what I’m talking about. They can’t visualize it. Not many people can, you know. Because it’s in my mind and I’m trying to explain it to someone else.

So [previz] is good for the directors, very good for the actors, because then they can see the moves, they can see what they need to practice on the can see. They can be prepared, you know, same for wardrobe and makeup and everything, you know. So it’s good for them. But I’m trying to do previz for everything, even though there is no budget for it. I still do some sort of previz, you know, because it will help the production in the end and make my life easier.

Tim Man: That’s a hard question. I like low-budget movies cause it’s not as strict if you know what I mean. On a big budget, there’s so many people that want to be involved that don’t have a clue about movie making or producers that want to get their opinions in, even if it doesn’t make any sense, you know? And even if everybody agrees, then something else happens and the studio is controlling it.

So it can turn out, either way, you know. I’m not talking shit about the big productions, but. It’s a bit more complicated. A lower budget is just like “this is what we got, no questions asked.” You know, it’s very simple. But it’s harder because of the budget, of course. But in a way, it’s easier. Both have benefits, you know?

Cameron Levins: I’m not sure that most people know that you prep your choreography by yourself. You create the choreography on your own.

Tim Man: How did you know that?

Cameron Levins:  I’ve heard you mention it in another interview.

Tim Man: I wouldn’t say it has to do with the budget. It is because I started with low budgets and there were no performers that didn’t have money to prep. So I did it by myself. Up until this day I still do it by myself first.  I choreograph with myself, and then I bring in performers and I shoot them, you know.

Cameron Levins:  That’s not something that I see often…

Tim Man: Yeah, I don’t think many people do it. I have friends in the industry. Always tells me “I don’t know how you can do this”. “Why are you doing this? This is so stupid.” “This is not the way to work”, you know? But then it works for me and It’s easier. I think when other choreographers use people to create a fight you’re not really a choreographer if you tell other people to choreograph a fight. Then you’re just handing it over to somebody, it’s fine to do that, you know.

But, I need the time for myself to figure it out first. Will this work, or will I be wasting time and bringing people in and waste their time, and then have to do it again? So I think it’s just it stuck with me since the low-budget days when I started thinking as long. It works for me and I haven’t changed it.

Cameron Levins:  Do you enjoy the challenge of working with actors that don’t have a martial arts background?