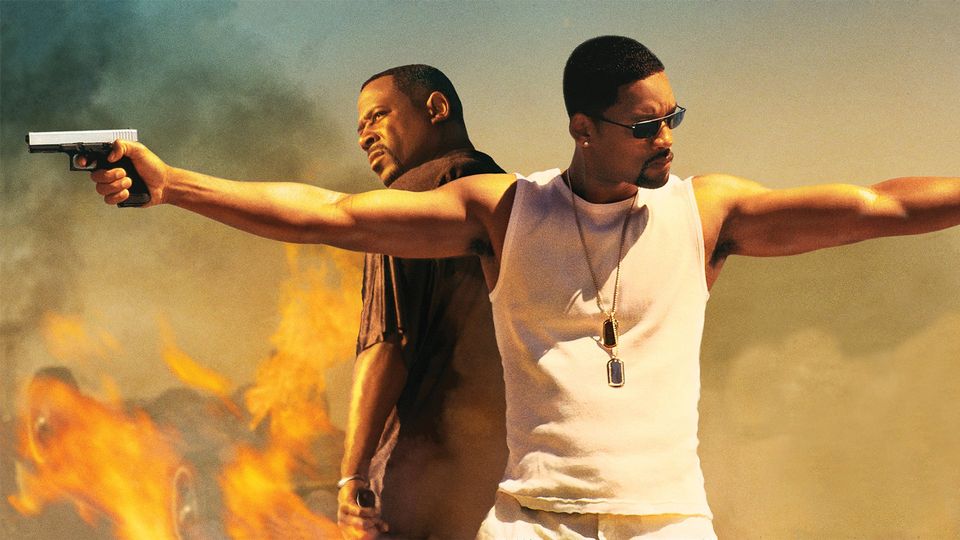 Bad Boys II stands as an epic and totally abrasive monument of US action cinema to this day. 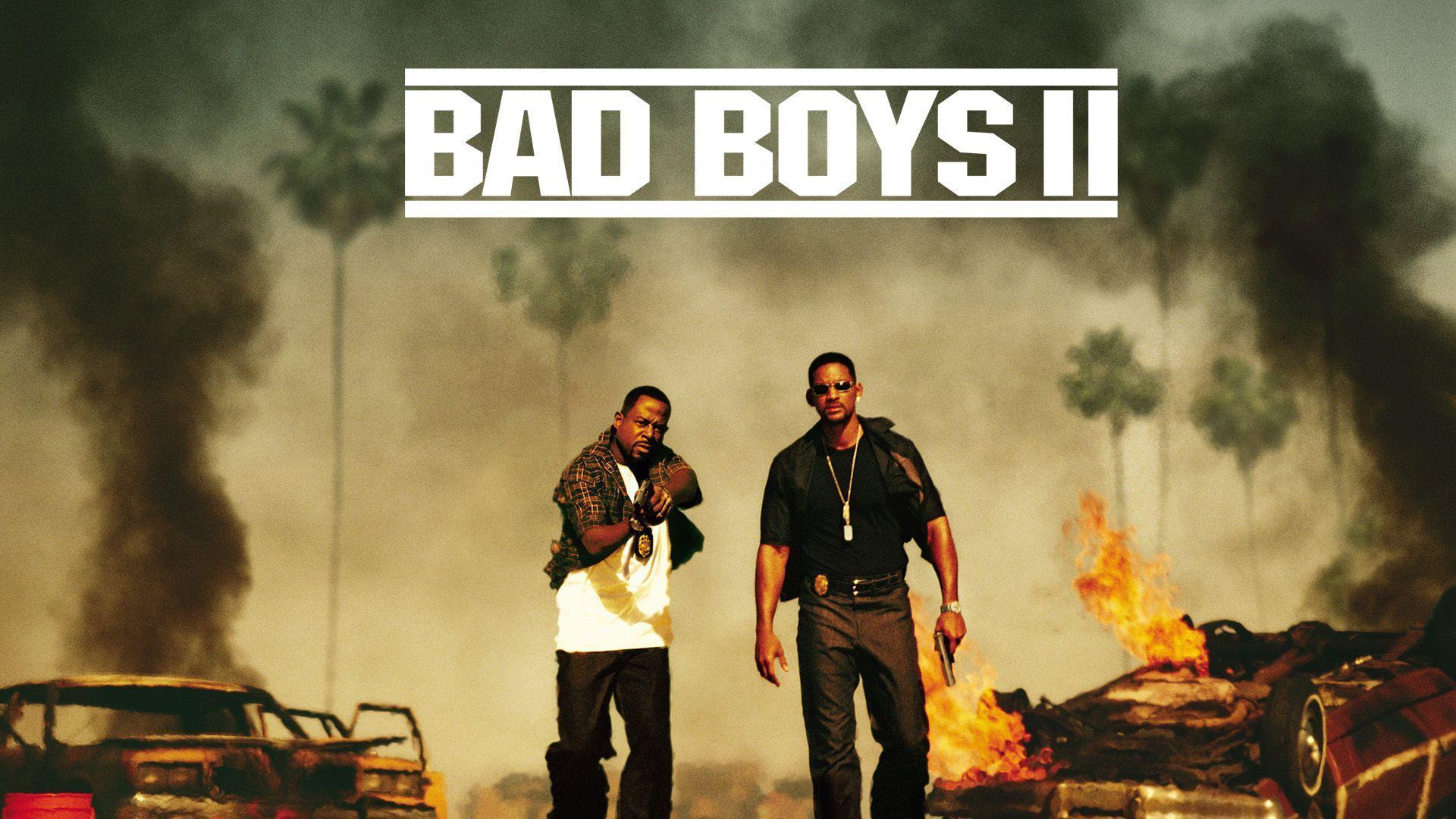 Michael Bay’s films have often been reviled by critics and fans of action films alike, albeit for different reasons. He has been frequently accused of embracing style over substance, and excess over modesty. None of these things are bad in itself, and he made at least three ultimate genre classics during his career. These are Bad Boys, The Rock, and Bad Boys 2. The first Bad Boys was an atmospheric action thriller that has become a minor classic. Bay made the sequel eight years later in 2003, and was able to crank up the budget from 19 to 130 million USD, so let’s check out if this investment paid off for action movie fans.

Tactical Narcotics Team (TNT) members Mike Lowrey (Will Smith) and Marcus Burnett (Martin Lawrence) of the Miami PD are investigating a massive smuggling operation of Ecstasy by Cuban drug lord Johnny Tapia. Taking on multiple gangs, they leave a trail of mayhem through Miami, and also need to address some quarrels between each other that have been boiling up for a while.

The plot is a standard template, a violent scavenger hunt with some superficial interpersonal drama thrown in. But the super-thin story hook’s only justification is to place numerous action and comedy set pieces next to each other. And more than in any other Bay movie, Bad Boys 2 is about sensory overkill on all fronts. We’ll get to the action sequences, but everything that happens outside of them is also completely off the charts. 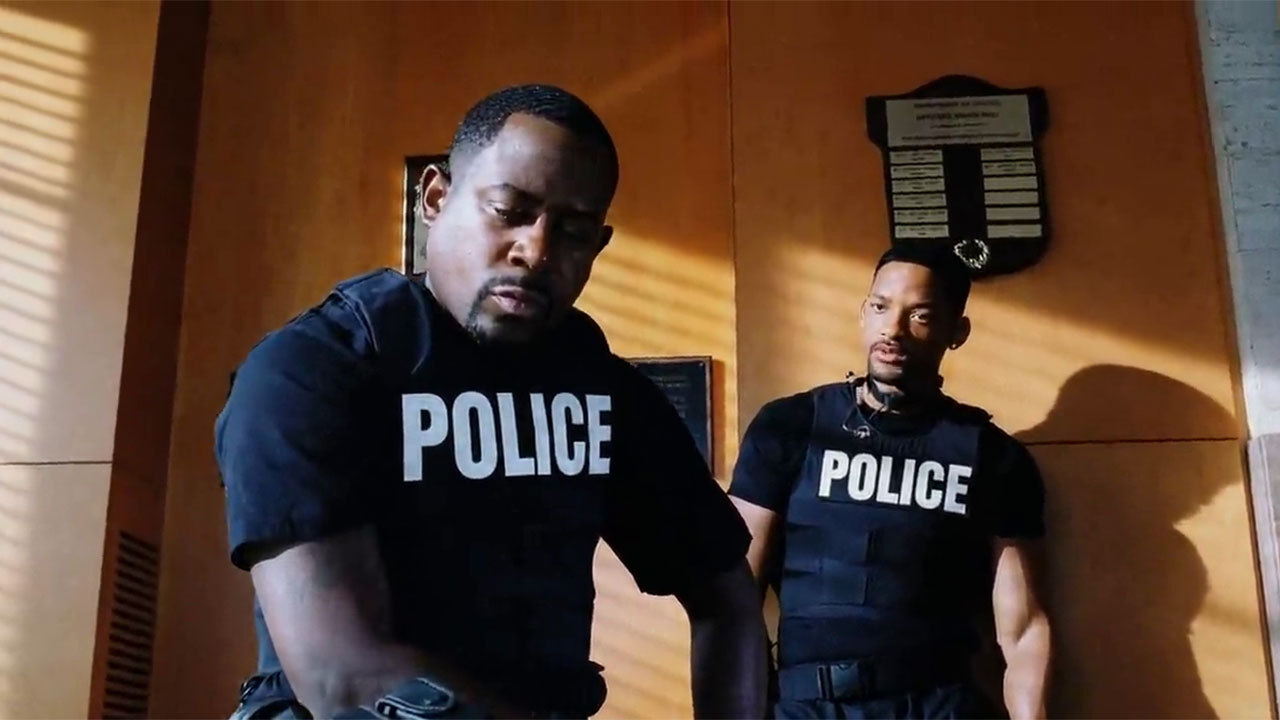 Not a single minute passes by without someone getting insulted or yelled at. The jokes are hilariously offensive, and racial insensitivities are abound with Lowrey and Burnett lashing out against everyone, all the time. This is the type of attitude we remember from many of the 1980s action classics, but Bay puts it under a huge magnifying glass. Rats having sex, corpse groping and extreme humiliation of white supremacists are just a few of the outrageous sequences in the film, and I confess that I loved every single one of them. The quantity of juvenile jokes in this film is unsurpassed for an action blockbuster flick, and if this is your time of humor, you won’t be able to stop laughing for 2.5 hours. Granted, there are a few serious moments, but they are unable to balance out the pervasively ludicrous attitude of this film.

Martin Lawrence and Will Smith are the epicenter of all the insanity, and their chemistry is a key element to the success of the film. They are one of the best cop duos to ever grace the big screen, and both of them have great charisma and comedic timing. These two chaos cops are very much classic action heroes that shoot first and ask questions later, are slightly homophobic, and more concerned about the damaged headlights of their Ferrari than sparing their adversaries’ lives.

And just like in the 80s classics, these detectives get away with anything, and thanks to their charm we also forgive them everything. The rest of the cast reigns in on the havoc, among them Joe Pantoliano as stressed out police chief, Peter Stormare in his archetypal role as sleazy mobster, and Jordi Molla, who totally hams it up as delusional Cuban drug kingpin.

Absurd and Demented, Bombastic and Sexy

So we got great humor, great characters, and also in the action department Bay goes completely over the top, so much that there must not have been much left of Miami after he finished shooting. Where even the great action classics often feature only a handful of action sequences, in Bad Boys 2 we go into double digits, as Bay chains one spectacular and overlong set piece into another. We start off with a chaotic raid on a KKK gathering that is followed by other various shootouts and fights. The most spectacular sequences are a couple of car chases with one of them belonging to the best of its kind.

In one scene our heroes go after a hijacked a car transporter, and start getting cars thrown at them, and even a giant boat! Another car chase sequence shares some similarity but instead of cars, Lowrey and Burnett are being hurled at with corpses from a hearse. And when we think things can’t get more insane, Bay creates a finale where the TNT crew embarks on a commando mission into Cuba. It’s thirty minutes of total carnage, a mansion is razed with a few salves from an RPG, a Favela full of exploding buildings is flattened, and the final showdown even takes us to Guantanamo Bay.

“Everybody, start shooting at somebody!” 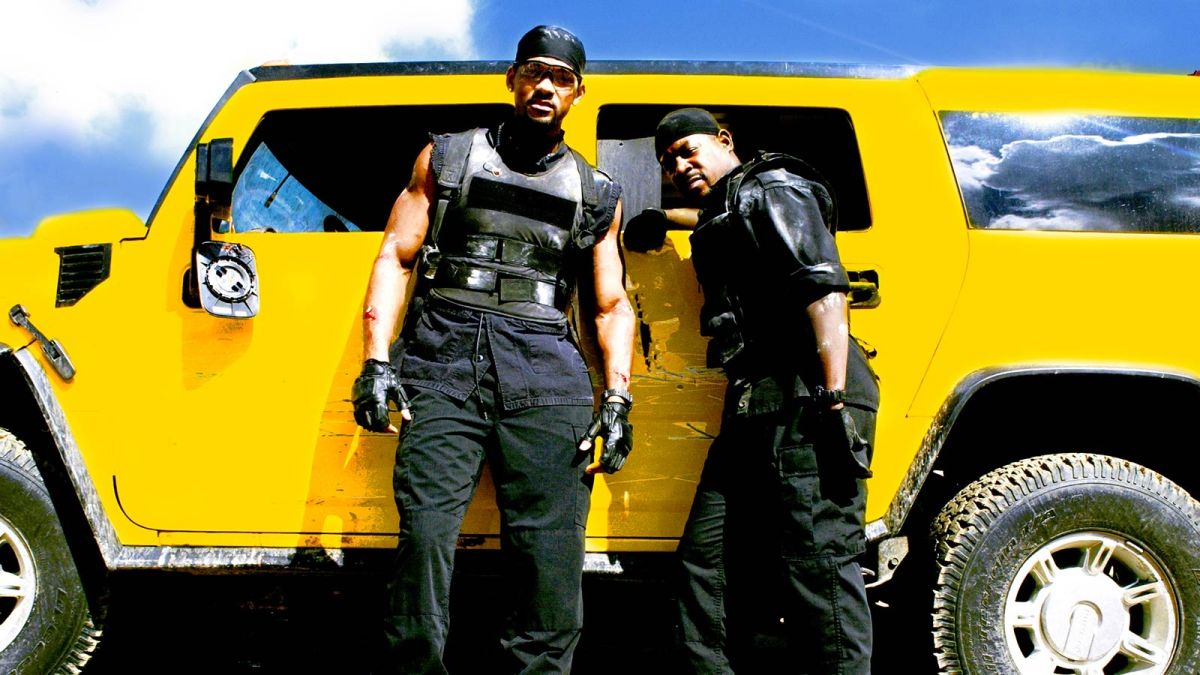 The composition and logistics of the action sequences are in a league of their own, and Michael Bay staged and controlled them like a wizard. They even top his other masterpiece The Rock, and just like in that movie they are practical for the largest part. It may even be fair to say that Bad Boys 2 is the very last of its kind from a time when action blockbusters almost completely embraced practical effects for anything, be it bullets and blood, car action or explosions.

The action sequences are filmed and edited in the typical Bay style: fast, loud and from all sorts of stylish angles. And while the camera whirls around a lot, the overall presentation is quite lucid, and you’ll not feel disoriented afterwards. Bay’s quirk of post-processing his scenes through the whole filter palette of the rainbow colors is an acquired taste, but it never gets to the point of becoming annoying.

Bad Boys 2 was the last film before Bay fully embraced CGI over practical effects, and pretty much abandoned the non-CGI action genre genre until his 2019 6 Underground, which could be considered a sequel in spirit to Bad Boys 2. 6 Underground was a solid effort, but at no point does it radiate this energy that just uncontrollably explodes on the screen like in Bad Boys 2.

Bad Boys 2 is Michael Bay at his creative peak. No compromises, no concessions, just a relentless onslaught on all your senses (particularly the lower ones). It’s a film that could still be made today showing no signs of age, and yet for me it marks the end of an era. No all-out action film of this scale and attitude been made since then, and thus Bad Boys 2 stands as an epic and totally abrasive monument of US action cinema to this day.