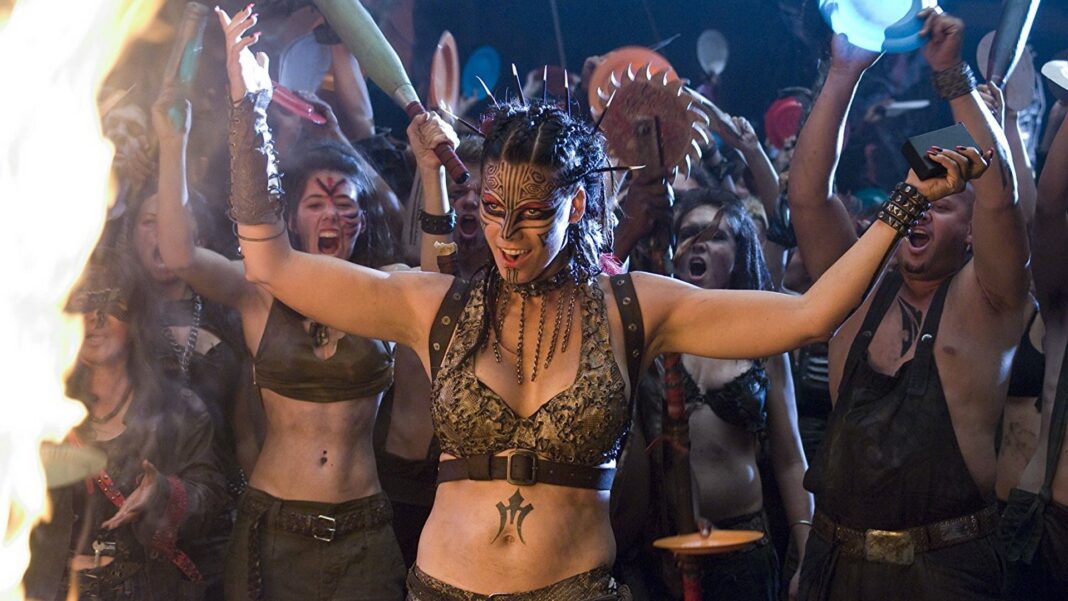 A look back at Neil Marshall’s critically under-appreciated Doomsday (2008).

Neil Marshall established himself as an expert for creating nerve-wrecking horror-action hybrids with his first two films Dog Soldiers and The Descent. For his third opus he must have gotten inspired by all the classics from his youth, and created a brute medley of Escape from New York, The Road Warrior, Excalibur and Dawn of the Dead. And if you wonder how on earth could someone throw all these things into a single film and get away with it, let’s find out and take a leap into the maniacal world of Doomsday!

After the outbreak of a deadly virus in Scotland, the entire region is quarantined. Sealed off from the rest of Britain by a giant wall, everyone is left to die. A few decades later, the virus makes a comeback in London. Surveillance data from the quarantine zone shows that some people are alive, and presumably cured. Police major Eden Sinclair (Rhona Mitra) is tasked with leading a team to recover information about the cure, but their road through Scotland is paved with terror and destruction.

We’re off to a grim start, when desperate civilians trying to storm the fence between Scotland and England are mowed down by machine guns. But what begins as an alternate reality pandemic scenario quickly transforms into a festival of madness and non-stop action! The plot is all over the place with holes so big Scottish icon Nessie could easily swim through. But it’s clear from the beginning that Marshall is not interested in telling a coherent story, but just wants to throw as much mayhem onto the screen as possible.

The Bleak, Unforgiving and Ultimate Action of ‘Hell Hath No Fury’

Not Another Dystopian Semi-Fascist Society! 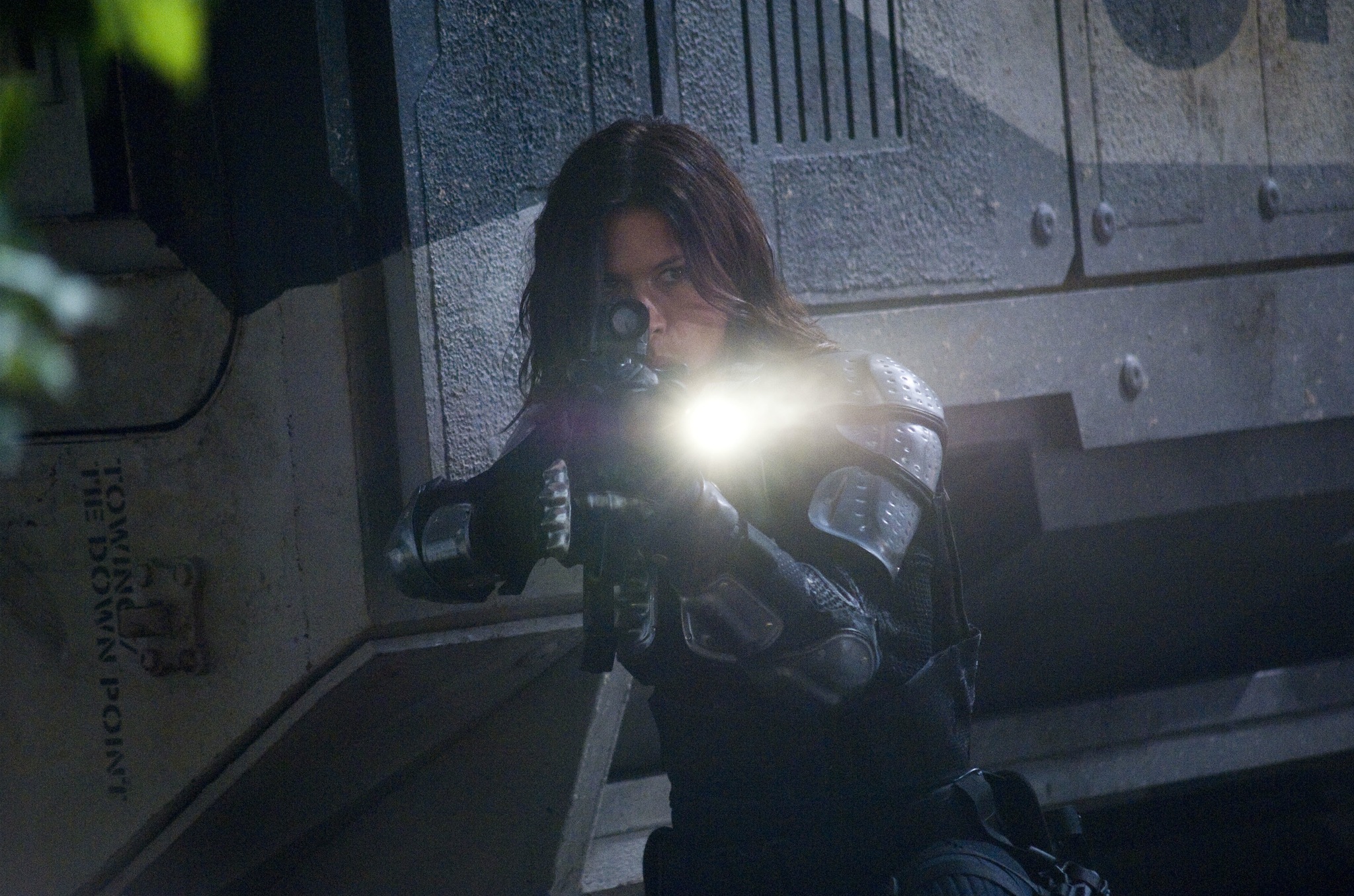 He inserts enough references to fill several B-movie bingo cards, but those to The Road Warrior and Escape from New York stick out the most, and not only because two members of Sinclair’s squad are named Carpenter and Miller. The script blends a dystopian semi-fascist society, and a cordoned-off region that turned into an anarchic society, with a post-apocalyptic wasteland and its murderous inhabitants, who are sporting the latest savage punk fashion. And out of nowhere the film turns into Excalibur with with medieval-style knights, castle dwellers, and Malcolm McDowell as their king!

Production-wise Doomsday looks pretty much perfect for a film of its budget (~ 30 million USD). Sinclair and her team are chasing from one location to another, and Marshall created an incredible number of diverse sets, with great attention to detail and spot-on atmosphere for each sequence. Nothing looks really special, but it all sets the proper mood with familiar elements such as rotting bodies, burnt-out cars, and crumbling cityscapes.

Rhona Mitra as squad leader Sinclair gets to kick some serious ass, and occasionally even wears the Snake Plissken memorial eye patch. But just like almost every other character inside the zone she remains rather bland, and lacks the charisma an action hero needs. The subplot that is taking place in London features Bob Hoskins as upstanding police commissioner and David O’Hara as ruthless politician, and both of them are pretty awesome in their roles.

After some initial world-building, Doomsday becomes an action-packed roller coaster ride that never lets up until the very end. There’s street fights, arena fights, castle fights, and a ton of anachronistic clashes as over-weaponized elite soldiers are assaulted by savage marauders, and a Bentley takes it up against against a war rig crew. The only major point of criticism is that the loathed staccato editing, which became popular in early 2000s action flicks, is unnecessarily chopping up several of the action sequences.

The violence in Doomsday is completely off the scale. Every human body part is severed at least once in this film, there’s shooting, stabbing, decapitations, and a few other unpleasant deaths. Marshall pushes things completely over the top in a gross sequence where a captured squad member is roasted alive, and feasted on by a raging crowd. A locked up Sinclair is served her prison meal shortly after: “If you’re hungry, why not try a piece for your friend?”

Doomsday is Neil Marshall unleashed, and it seems he had the creative freedom to do whatever he wanted. Sure, it’s highly derivative but there’s so much excitement and energy to be found in this film, I loved every single minute of it. It’s a terrific homage to 1980s action cinema, when escapism for adults was all about senseless violence and hard-hitting action. If you’re craving for a flashback of this kind, what are you waiting for? R-rated popcorn entertainment can’t get much better than Doomsday!