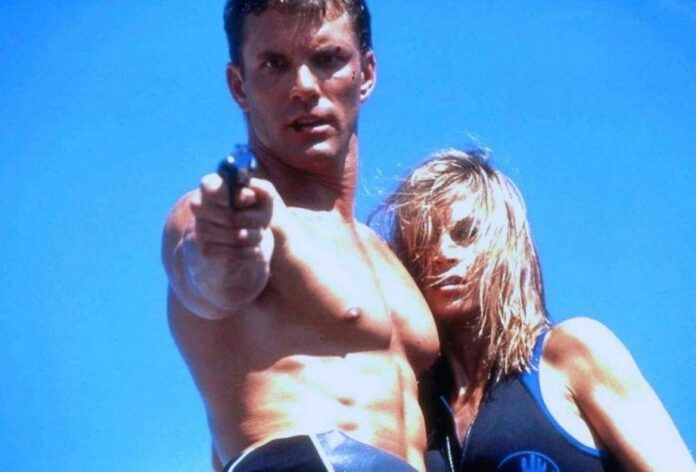 If only Matt McColm’s Subterfuge had come out a decade earlier!

The 80s and 90s, aka the golden age of action movies, it is safe to say everyone reading this on UAMC has fond memories of it and still love popping in your favorite DVD or VHS tape, escaping to another time.

A time when things were simpler and just more fun. There is so much to discover and I especially love to shine the spotlight on the lesser known stars and movies. The DTV (direct to video) arena if you will. I’ve already brought you film reviews from Bernhardt, Speakman, Bradley, Griffith and others… today, it is time to get to another underrated action hero – Matt McColm.

His earliest film roles include appearances in classics like Cyborg and They Live, McColm prominently made his living as a stuntman in Terminator 2: Judgement Day, Above The Law and many more. He is probably best known for starring in the superhero TV series, Night Man, but to me he has always followed in the footsteps of someone like Jeff Speakman, as he holds a blackbelt in kenpo karate.

Today I would like to present to you one of his starring roles, Subterfuge. 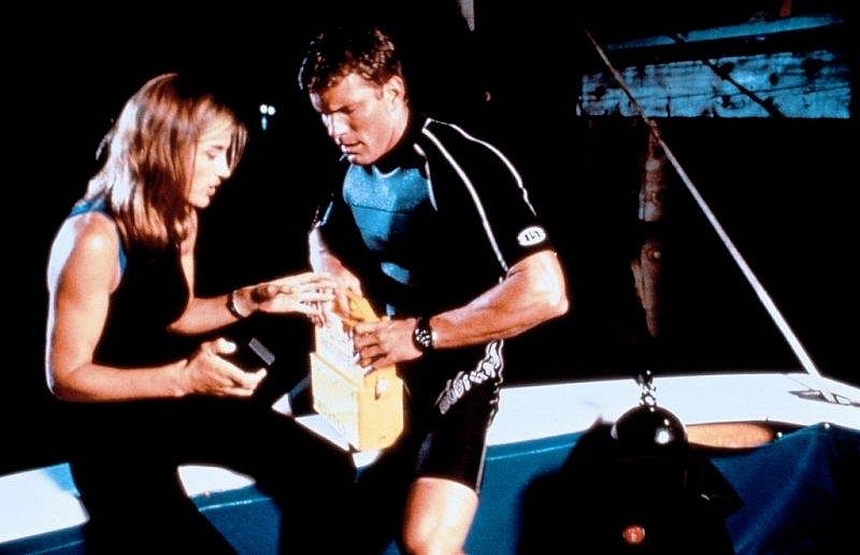 The film sees McColm starring as an ex-military man, turned beach bum, who is now running a scuba diving business in California, with his younger brother, played by Jason Gould (Say Anything/or probably best known as the son of Barbara Streisand).

The beginning of the movie sees a plane carrying US civilians being accidentally shot down by the Russians. Or was it an accident? The US blames Russia and Russia blames the US for setting them up. McColm and Gold are roped into the race to retrieve the black box from the plane that is located somewhere in the Black Sea. Joining them along the way is the lovely Amanda Pays (Leviathan) as a decorated agent herself.

The trio all have fun chemistry together and it just works. Gold kind of gets a bit annoying at points, always complaining about his big brother bullying him. His comic relief and personality makes up for it though. McColm and Pays have a growing relationship as well, when reading about her credentials; as she went from a Playboy bunny, to a marine to a CIA operative, McColm says “This girl is deadlier than Charlie Manson!” 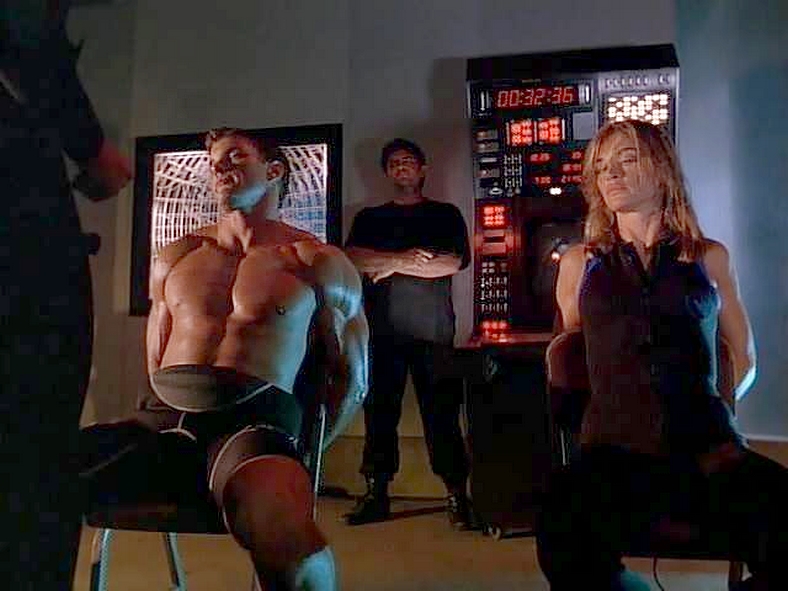 The exotic locations in the water and the surrounding areas provide a nice backdrop for the action that ensues. The action. Probably the most critical thing to these movies right? So lets get to it. There is plenty of it! We get the first fight scene early on and it’s a bar fight! One of the classic staples that we never get tired of in these kind of movies!

It starts off by McColm changing the channel from an action movie, back to the news, saying “if you’ve seen one action movie you’ve seen ‘em all right?”. Some guys don’t take too kindly to that and here we go! He gets to show off and ends up breaking a pool stick in two and using it to his advantage. Remind you of anyone? (Speakman).

The next fight scene happens later on the beach and it is probably the best or most extended of the film. He gets to throw some really nice kicks and ends up finishing the job with a knife. 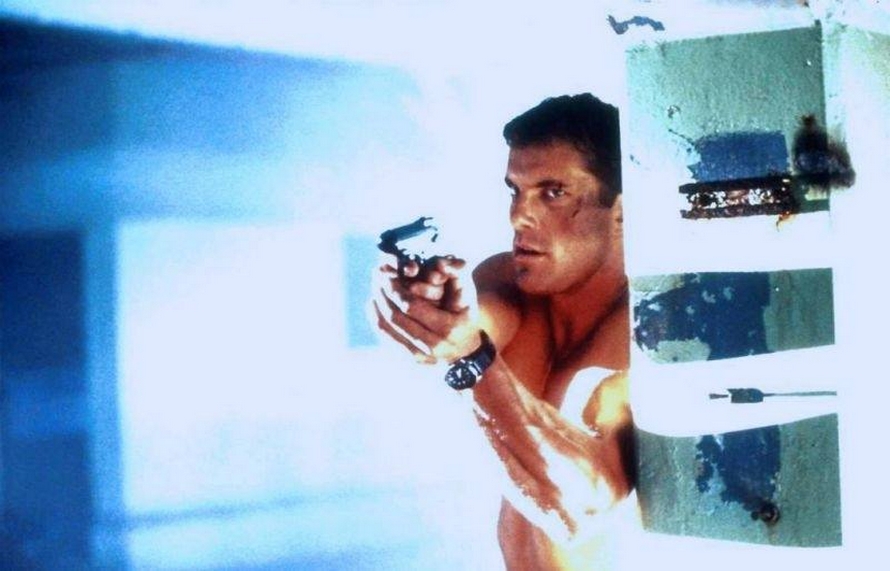 There is also an underwater fight scene, if you can call it that and then the finale is pretty solid as well. It sees him shooting while swinging from a chain and jumping after the main bad guy played by Richard Brake (Doom/Batman Begins). Brake did okay with his role, but was far from the greatest of foes McColm faced in his other films like Ron Perlman and John Savage – we will get to them at another time.

The final fight between McColm and Brake was fairly quick, but we got to see some more of his kenpo moves, so it was cool with me. To me, McColm had the “it factor” and gives a very likable performance and makes me wonder why he only got a handful of starring roles.

Subterfuge didn’t come out until 1996, when film companies like Cannon were already gone, but Subterfuge channels the fun spirit of Cannon without a doubt, proving to be an action adventure gem. Also with a tagline like “The Cold War Just Got Hot Again!” – maybe it would have fared a bit better if it were released a decade earlier?