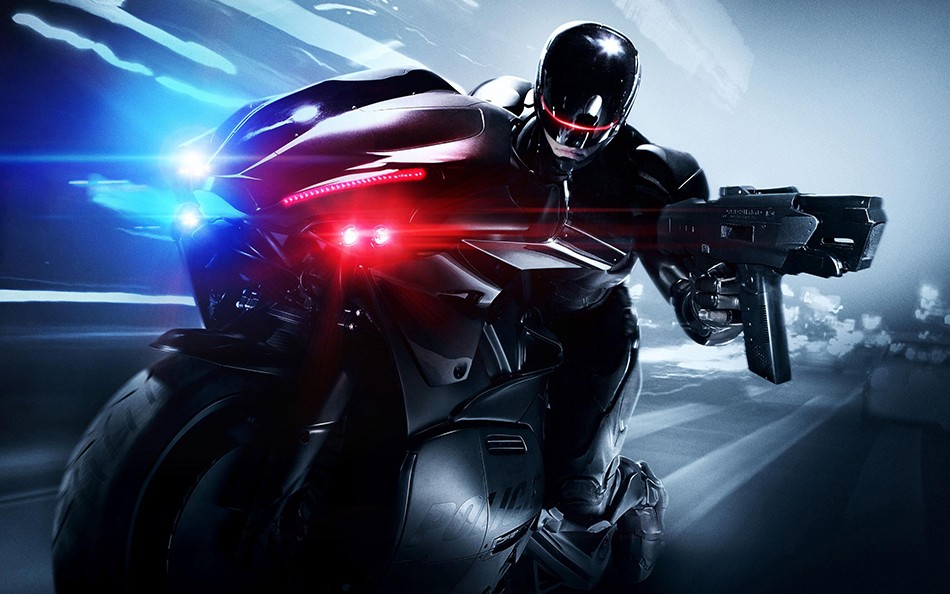 An ultimately harmless and forgettable remake to the great Robocop original. 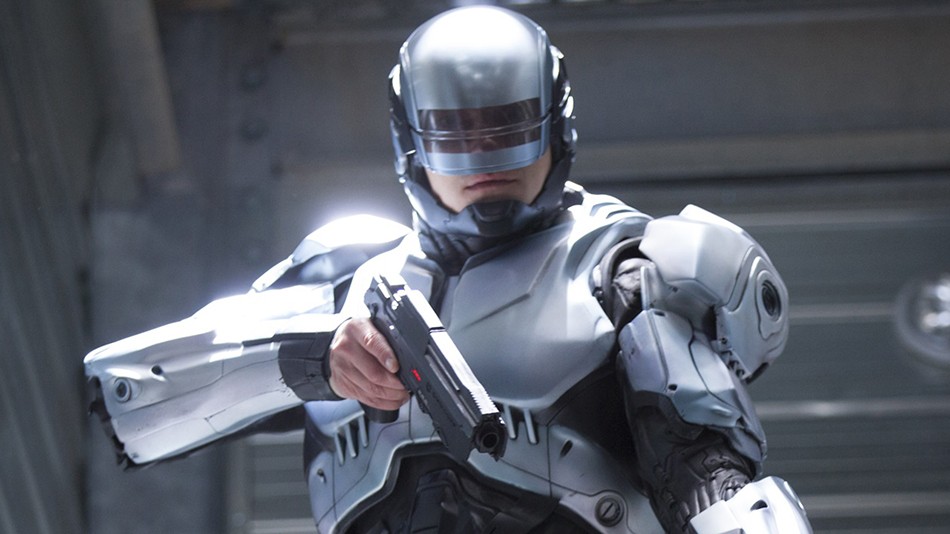 Ultimate action movie enthusiasts around the world likely let out a collective groan when announcements of a Robocop remake sprung up all over the internet. And why shouldn’t they have? The original movie was a classic. So what if it’s dated to the 1980s—good storytelling has no expiration date and many of the problems Paul Verhoeven satirizes are still relevant in our time.

But Hollywood had its way and we got a Robocop remake. A PG-13 Robocop remake. Apparently, no one learned anything from Robocop 3, which saddled Robocop with largely bloodless fight scenes (both literally and figuratively)—though thank heaven, we aren’t saddled with an annoying kid protagonist or an entirely incompetent Robocop.

Before we dive in, take a moment to read our UAMC reviews of the original Robocops.

In 2028, international conglomerate OmniCorp creates peacekeeping robots to send overseas. They want to implement their technology within the US, but controversy over the lack of a human element in these machines (which resulted in accidental deaths in the Middle East) has led to a polarized response from Americans.

Meanwhile, Detroit cop Alex Murphy (Joel Kinnaman) gets critically injured when a bomb is planted in his car by a local drug-lord’s lackeys. Able to convince his distraught wife (Abbie Cornish) to give them permission to operate on him, OmniCorp turns him into Robocop. Now they have their mechanical peacekeeper and a “human element,” though a chip in Robocop’s hardwiring keeps his free will under the control of the company, unbeknownst to the general public or Murphy himself.

And then… the film kind of meanders. A lot of attention is given to the cybernetics of the Robocop suit, the question of how much free will he does or does not have, how the bypass of his empathy affects his relationship with his family—though none of these things are ever explored in as much depth as they warrant. There is no hunt for vengeance or much of a quest element at all.

At any rate, it definitely would not fit UAMC standards as an action movie. It’s a movie that almost seems embarrassed to bear the name “Robocop,” so seriously does it take itself, very much in The Dark Knight mode with its aesthetics and the way it handles action scenes.

Many times, the movie seems to be going for something more realistic in tone—until it suddenly doesn’t, for this is an action film with an identity crisis. Does the new Robocop want to be an over-the-top experience like the original or does it wish to cleave to a grittier approach? The film never settles on one or the other, making it a tonal mess at times.

Take the first time we see Robocop in action, shooting down robotic adversaries in a demonstration of his abilities, rock music blaring, informing us that yes, this is fun and awesome in the vein of an Iron Man movie. The problem? These scenes almost trick you into thinking the movie is capturing the irreverent humor of the original, but then later on, we get scenes ripped straight out of modern war movies or police thrillers, scenes as far from the tone of “awesome movie action” as you can get. Once again, there is nothing wrong with a grittier tone—but the filmmakers should have picked one or the other.

Robocop ’14 also has to be one of the most bloodless remakes of all time—and I’m not just talking the PG-13 rating… though that’s a problem too. Everything seems so stock and rote. The antagonists aren’t interesting, even with fine actors like Michael Keaton and Gary Oldman in the roles.

Keaton’s OmniCorp CEO in particular is a disappointment as a Big Bad: he has no personal beef with Murphy but nor does he have much reason to turn against him, which, predictably, he and OmniCorp indeed do. In fact, the villains don’t have too much of a reason to hate Robocop, as he never goes so boldly against his directives as he did in the original. When they go after him and his family, it just feels like a way of giving the movie a decent climactic confrontation and not as a natural culmination of conflict.

Matters aren’t helped with the wife and son lacking distinctive personalities, despite having a good chunk of screen-time. The same could be said of the wife and kid in the original Robocop, true, but they were present only peripherally and served as a reminder of what Murphy had lost in becoming a cyborg. They were more symbols than characters, which is clearly not the intention in the reimagining.

Alex Murphy is far less likable in both guises. Murphy is less the warm family man and more a scowling smartass who doesn’t even seem to have much warmth towards his family even in his brief pre-accident interactions with them. He retains his memories, making the loss of his humanity less affecting. He doesn’t undergo an alteration of personality when he becomes Robocop either. The sum total of these elements means that the transition from man to mechanical product leaves less of an impact. 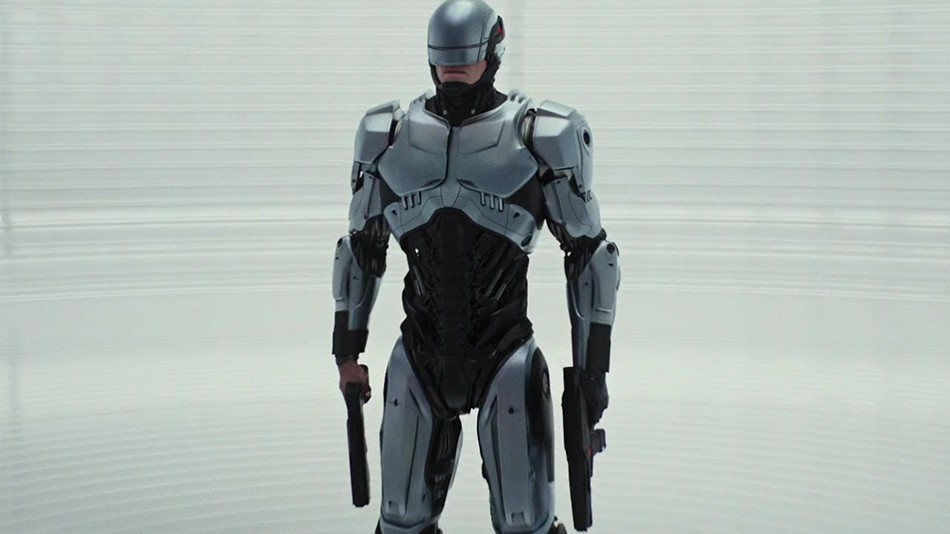 Overall, it feels less inspired too. Robocop ‘87 took from westerns, science fiction, and the Bible, creating a unique vibe that elevated it above standard revenge-action schlock. Robocop ‘14 takes from contemporary political thrillers and The Dark Knight—not nearly as rich a reservoir. As a result, it feels more derivative and generic.

I know a common rule in reviewing remakes is to forget the original exists and to evaluate the new movie on its own merits, but my problem with this remake is that it doesn’t do much to distinguish itself. It’s not interesting enough to make me forget the unforgettable original. Compare this to other remakes, like John Carpenter’s The Thing, which is successful because it picks a different direction from the 1950s original and then sticks with it. No tonal flip-flopping.

Whatever. The remake is harmless. Forgettable, but harmless. We’ll always have Verhoeven.

What are your thoughts on the Robocop Remake (2014)? Let us know in the comments or on our Facebook page!