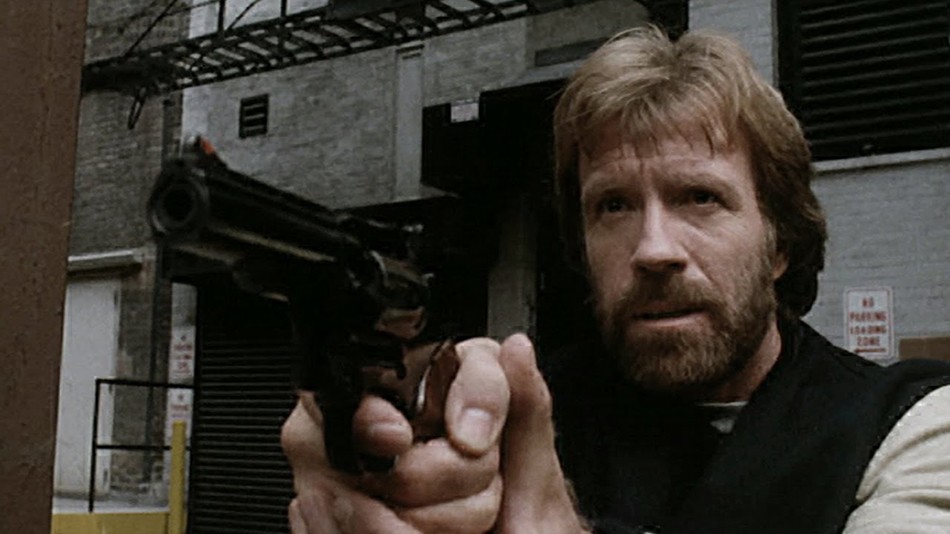 Do yourself a favor and please see these Chuck Norris movies…

In many ways, the Ultimate Action Movie Club was founded because of Chuck Norris and his ultimate action movie legacy. Chuck Norris facts were the popular “meme” of the day back in the early 2000s, thanks in part to the infamous Conan O’Brien Walker, Texas Ranger lever (which you can read more about here).

Many of the first Ultimate Action Movie Club meetings were centered around viewing of old Chuck Norris action classics which were found from the local Blockbuster video store. So, in honor of the great roundhouse master, we’d like to share this list.

Whether you grew up following Chuck Norris’ career or have recently found out about the martial arts cowboy legend, here are some of C-Nor’s movies that you simply have to see.

If I had to recommend one single Chuck Norris movie to someone who had never witnessed the man in action, it would definitely have to be Lone Wolf McQuade. In many arguments, this is probably Chuck’s greatest work, but it’s also historically important as well.

Probably one of the best things to come out of Cannon Films this side of American Ninja and Over the Top, Invasion U.S.A. is a great Chuck Norris party movie that everyone can enjoy.

It’s got Chuck in his signature Canadian tuxedo dual wielding shoulder uzis. It has a bad guy that is already going into the story of the movie so afraid of Chuck that he wakes up from Chuck ultimately killing him.

One of Chuck’s greatest pure cinematic features, Code of Silence is Chuck at his most hard-nosed and gritty. As a crime drama, Chuck forgoes his usual martial arts and round houses for the role of a grizzled detective the likes of Steve McQueen would play or a later Dirty Harry thriller.

If Chuck didn’t have his own penchant for high kicks, he could have certainly sustained a career in this tough guy cinema. But lucky for us he was just simply awesome at both!

Taken as proof that Chuck Norris’ star power knows no bounds, The Cutter was Chuck’s last action movie starring role and came out probably in the most bleak of eras as far as ultimate action movies are concerned.

Released in 2005, on the heels of his long tenured run as Cordell Walker, The Cutter showcases just how prolific Norris career was – and in many ways could have been if he had stayed solely involved with just movies.

In retrospect, it’s really hard to make this a list of “5 Chuck Norris Movies that you have to watch”… It really should be several more, and it really should include the Delta Force franchise.

But, we chose 5 so we’re sticking to 5! And closing it out would be the first of Chuck’s Missing in Action franchise over Delta Force because… well no good reason besides it’s a classic and was one of Chuck’s biggest hits back in the day.

Plus it’s cool to see how Chuck’s legacy fits in with the Rambo / Vietnam war film lexicon against many other iterations from the 70s/80s/90s.

What would you consider an essential Chuck Norris movie to watch? Let us know in the comments below!