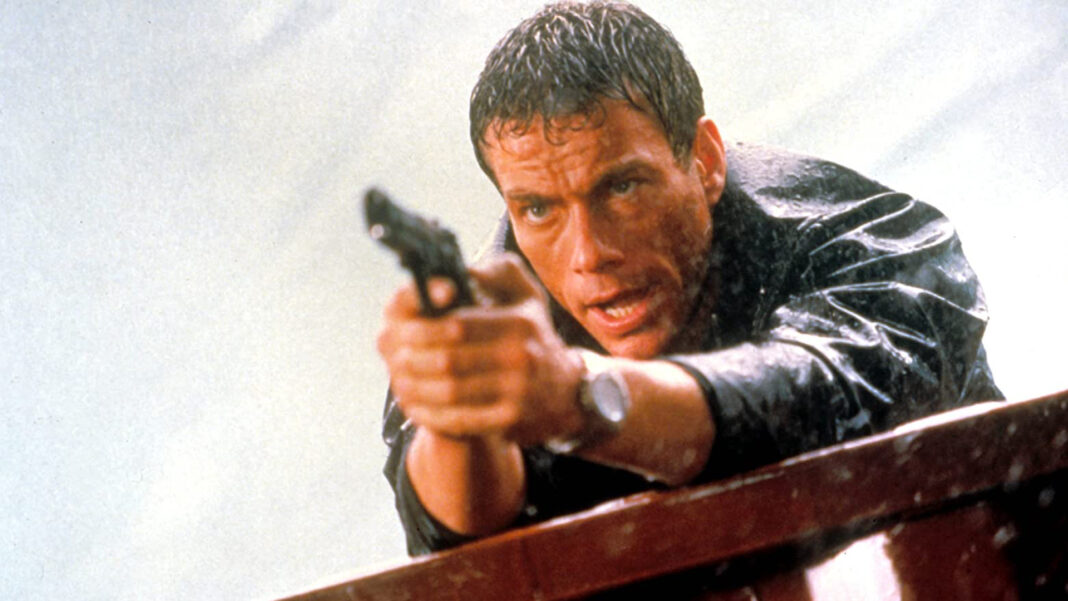 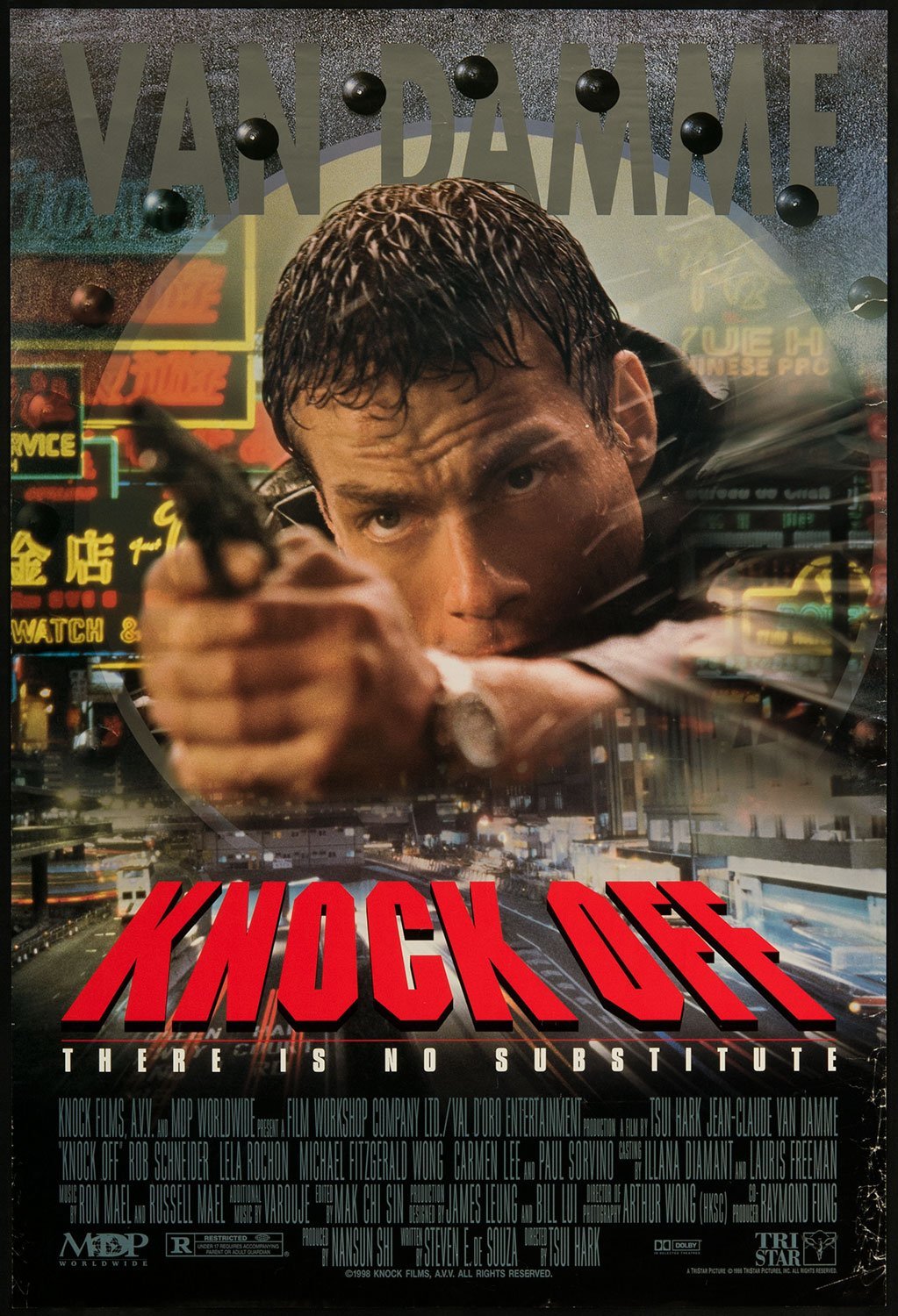 I’ll always remember Labor Day weekend of 1998. Back then, the first day of school was always the day after the holiday. In essence, Labor Day was the unofficial last day of summer. In ’98, I was starting first grade. My parents promised my siblings and I that if we were good, we would get to start the weekend off with a trip to the movies. All week long we were on our best behavior.

Instead of being told to do the dishes after dinner and take out the trash at night, we were on top of our chores before a single word was spoken. On Thursday, we were told that our efforts had paid off. We’d be going to the movies the next day when Dad came home from work. Being the oldest, my brother Marcus got to select which film we would be seeing. Marcus didn’t hesitate “Knock Off,” he exclaimed “The movie with the fight scenes I saw on the commercial. I want to see Knock Off!”

The fact that I saw the movie when I was very young on a family trip to the theatre makes it a lifetime memory. However, over the years, Jean-Claude Van Damme’s Knock Off has faded from memory for action fans across the globe. Whenever discussions of great action films of the 90’s is brought up, this hidden classic is almost always excluded. As I began to ponder why this is, I came up with a list of ten reasons why Knock Off is an underrated Action Classic. Without further ado, here they are…

10) 1998 was packed with memorable Action Films

It’s easy to get lost in the shuffle when there are several classics released in the same calendar year. Notable Action Films to debut in 1998 include The Negotiator, Armageddon, Enemy of the State, Rush Hour and Lethal Weapon 4. While I would argue that Van Damme kicks more butt in Knock Off than anyone else in these other movies, there’s no denying that they are all classics. 1998 was a great year for Action Films; Knock Off was certainly one of them. 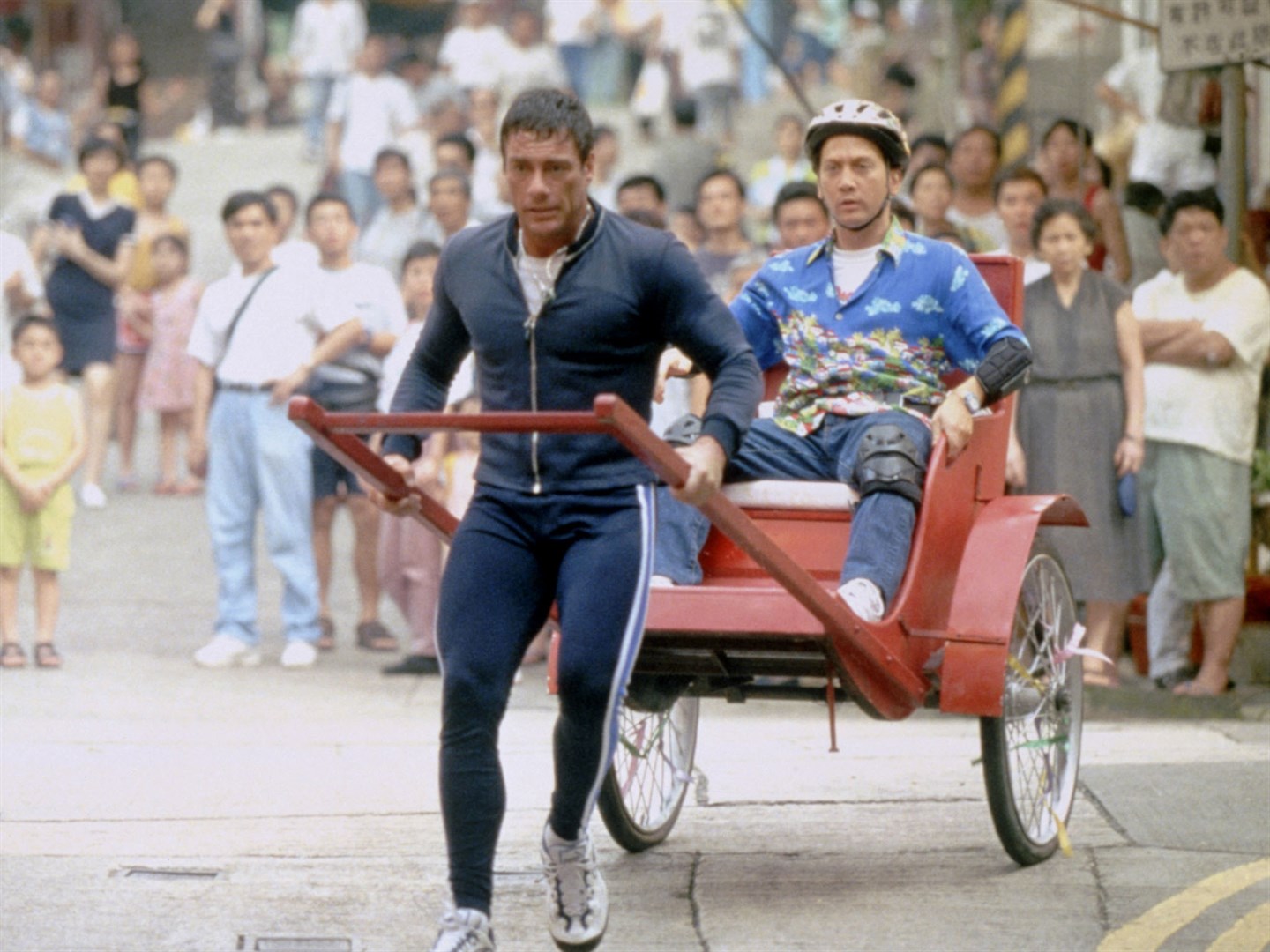 Over the years, Hong Kong has served as the backdrop for many suspense filled movies. In 1985, an up and coming martial arts protagonist by the name of Jackie Chan starred in The Protector, which took place in Hong Kong. Fast forward to 1988 and a young Jean Claude Van Damme had a breakout role in Bloodsport, which was also set in The Pearl of the Orient. Knock Off takes a cue from these classic films, understanding that Hong Kong is a metropolis where just about anything is possible. 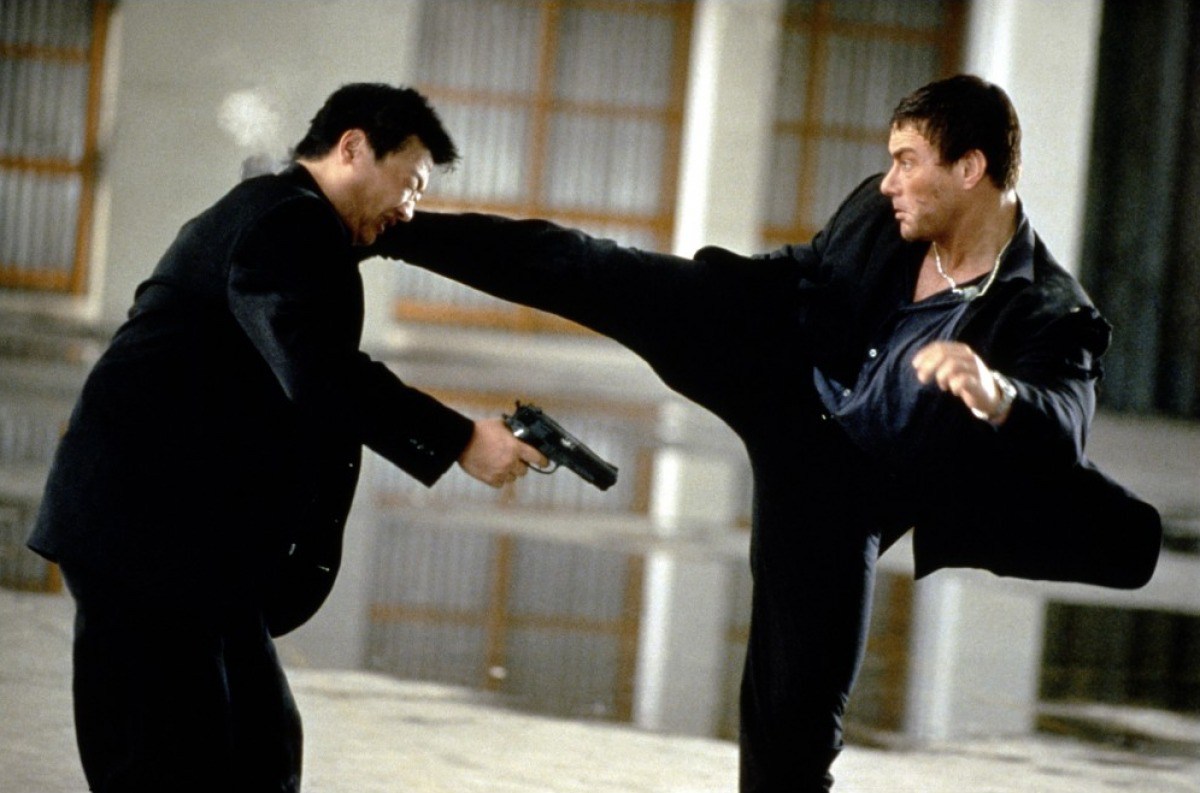 Anyone who was in school during the 90’s remembers how big a deal designer jeans were. From Tommy Hilfiger, to Calvin Klein to Karl Kani, your jeans made a statement. A major portion of the plot for Knock Off centers around imitation designer jeans being produced in Hong Kong and shipped around the world for a profit. The fact that the writers of the film were able to build a script around this popular fad is genius. I remember sitting in the theatre as a kid, being pulled deeper into the film as the plot to produce low budget imitation jeans unfolded. 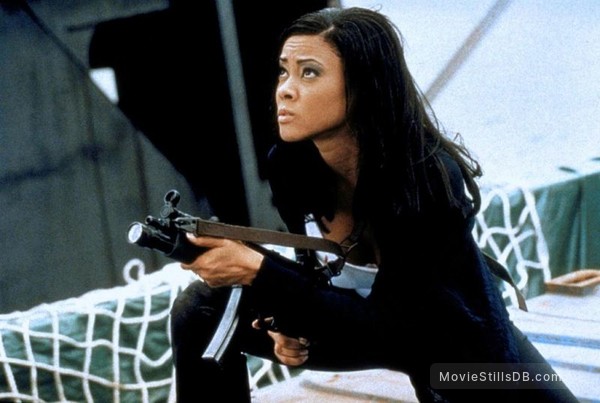 Every great 90’s Action Movie featured a beautiful woman who was an integral part of the plot. In Knock Off, Lela Rochon plays a fashion executive who wants to protect her company’s interest against imposters who might try to profit from their likeness. She’s not only attractive, her role in the film is pivotal. Like Erika Eleniak in Under Siege or Sandra Bullock in Speed, the beautiful woman in this film doesn’t just stand around and look pretty, she gets involved in the action.

While Jean Claude Van Damme is comfortable in his role as the muscular hero capable of saving the world, Rob Schneider is the perfect opposite. Cast as an undercover CIA agent who finds himself in more trouble than he bargained for, Schneider gives the film some levity in what would otherwise be very serious moments. His ability to provide lighthearted humor gives the film the necessary pauses in between heart stopping action and enthralling fight scenes.

5) The parking garage scene is a forgotten classic

Everyone loves a good high-speed chase. Everyone loves to root for a protagonist being chased on foot by a score of bad guys. Everyone wants to exchange high fives when they watch a car being driven through a window and crash onto the street. In one scene in a parking garage Knock Off accomplishes all of the above. After eluding several bad guys on foot, Van Damme steals a car and manages to outmaneuver even more villains while he’s behind the wheel. The scene is heart stopping and definitely worth the price of admission.

Jean Claude Van Damme is not just a bodybuilder turned actor. He’s a trained martial artist and it comes shining through in his fight scenes. Not only is he a 2nd degree black belt, he was once a professional kickboxer who compiled an 18-1 record. It seems as if Van Damme could have made it as a professional fighter if he hadn’t turned into an actor. The fact that he actually knows what he’s doing makes his fight scenes that much better.

As a lifelong fight fan, I’ve witnessed some improbable upsets in my day. However, the one thing I am yet to witness is one man with the ability to beat up scores of other men at a single time. However, every now and then Hollywood provides the ultimate escapism in the form of a single man triumphing in combat against fifty others. This is the case when Van Damme and Schneider are face with an angry mob at a warehouse known as “The Fruit Market.” While Schneider runs from the chaos, Van Damme turns and fights his pursuers, emerging victorious against all odds. It’s another memorable scene anyone who watches the movie won’t soon forget.

2) Unexpected plot twist towards the end of the film 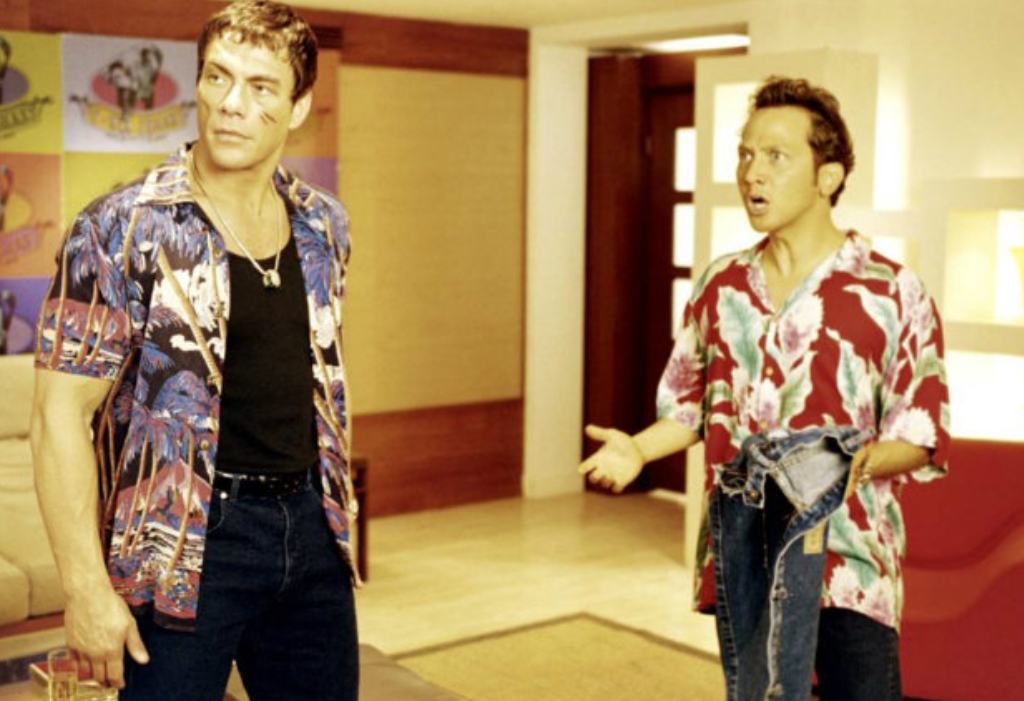 What would an Action Movie featuring an undercover CIA agent be without the reveal of two more agents near the end of the film? Lela Rochon’s character is discovered to be an agent posing as a fashion executive. Meanwhile, the lead agent on the case, played by Paul Sorvino, is revealed to be the mastermind behind the entire endeavor. It turns out he planted explosives in the imitation designer clothing in an elaborate extortion scheme. The audience couldn’t have scene these plot twists coming, and it makes the films ending that much more suspenseful.

1) Karma catches up to the bad guy 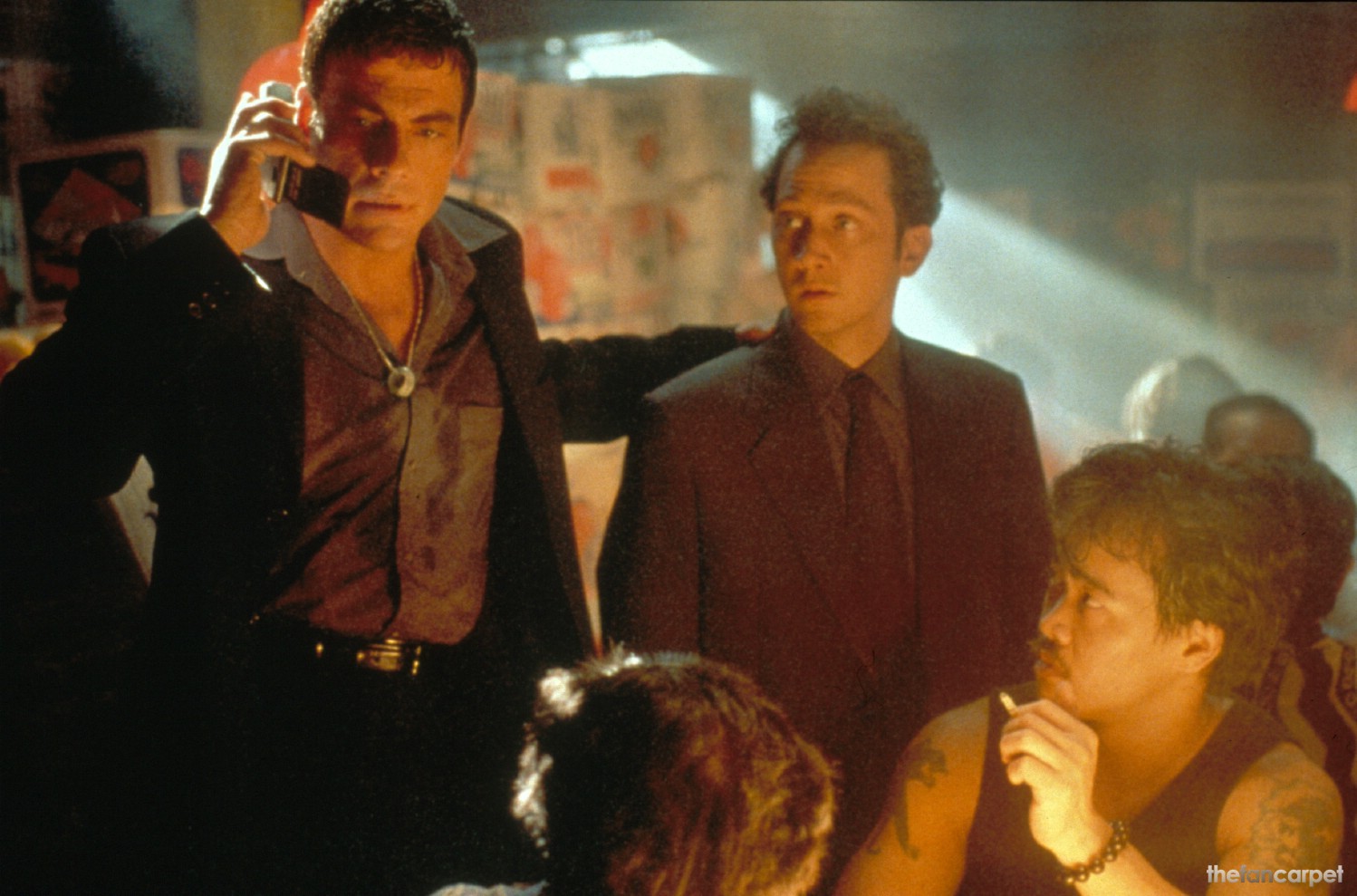 Nobody likes to see the bad guy get away. After an epic escape scene on a barge in the ocean, it looks as if the rogue CIA agent has slipped out of the grasp of justice. However, the movie closes with Sorvino’s character finally getting what was coming to him in one las twist that the audience couldn’t have seen coming.

Action fans who haven’t seen Knock Off should add it to their list of priorities. If you missed it in ’98, there’s a chance you haven’t heard of it at all. However, if you appreciate classic 90’s style action hero adventures, make sure you take the time to watch. I promise, you’ll be glad you did.